WITH the automotive industry marching ever closer to an electric future, it’s hard to think of any car brand that has yet to dabble in battery technology.

The likes of Ferrari, Volkswagen, Toyota, Audi and even Honda have already launched – or about to launch – battery-assisted models, leaving Aston Martin late to the electric vehicle (EV) game.

If Aston Martin is known for anything though, it is the brand’s unwavering commitment to excruciatingly beautiful bodywork, a trait carried over to its first full-electric model, the Rapide E. Call it fashionably late then. 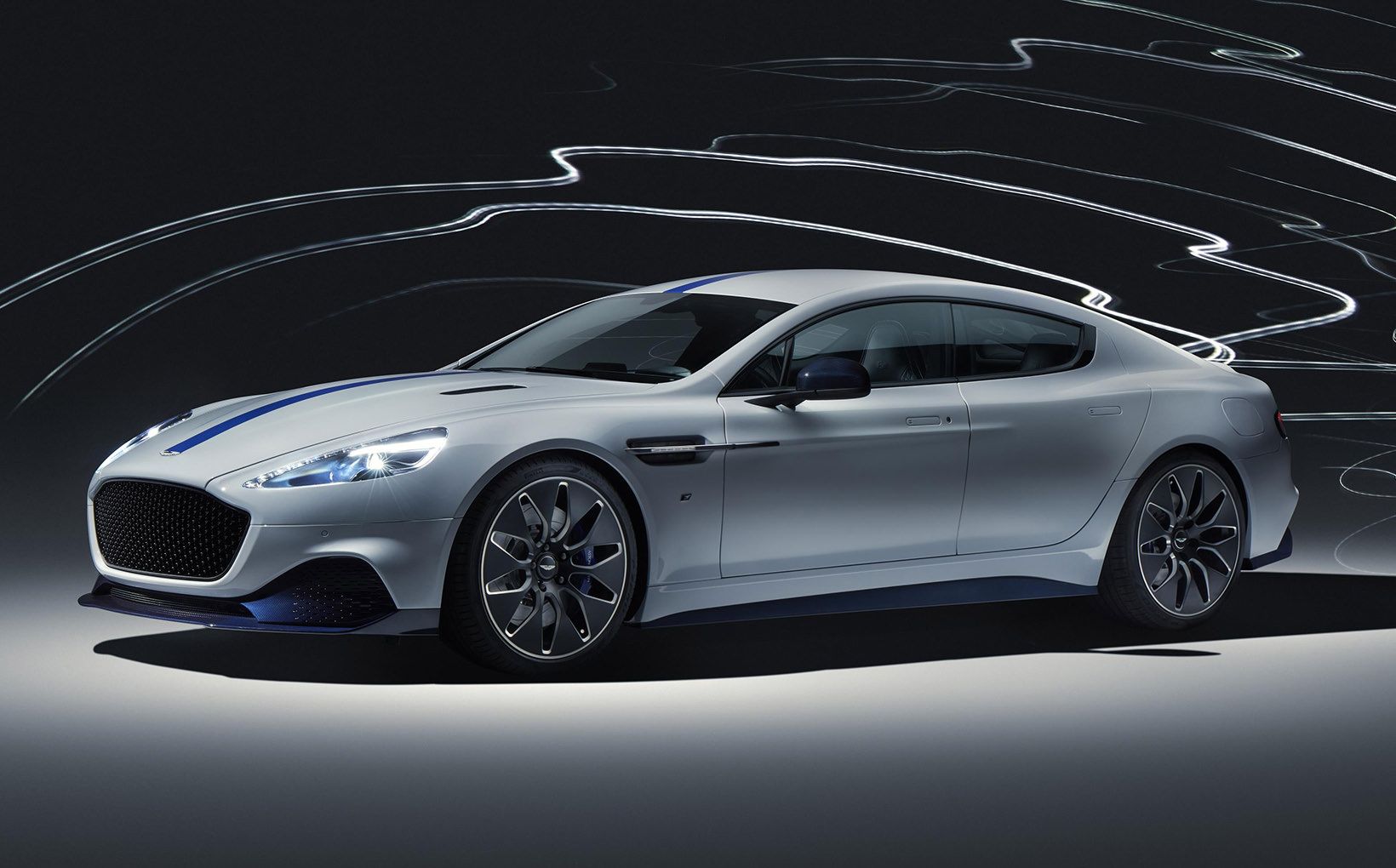 Though the production version of the Aston Martin Rapide E was first shown during the Shanghai motor show, it is expected that at least a handful of examples will make their way to Australian customers next year.

Shown at the Shanghai motor show in April, the production Rapide E will finally hit Australian showrooms next year after being in gestation for nearly four years.

Details are currently scarce, but only 155 units will be built worldwide, each likely to carry a high pricetag due to exclusivity and Aston’s premium badge.

However, at least a few are expected to make their way Down Under as there has been strong interest for the Rapide E from local buyers. Let’s just hope the charging infrastructure catches up before launch! 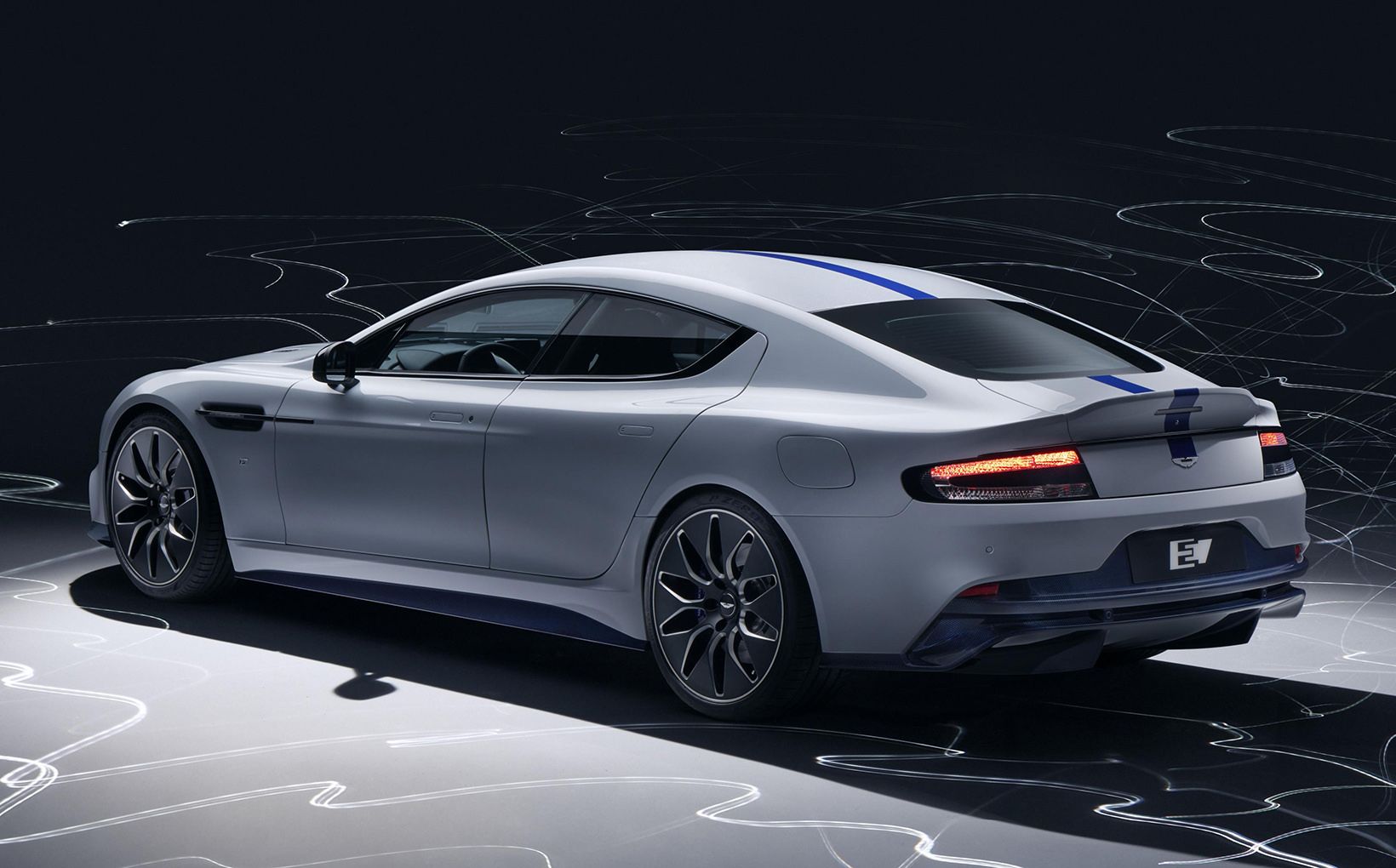 Ditching the naturally aspirated V12 of its donor car, the Rapide E makes use of two electric motors for a 449kW/950Nm output.

With all models from Aston Martin to be electrified by 2025, the Rapide E heralds the brand’s charge (pun intended) into the EV space and will be built at a new facility at St Athan, Wales.

Shoehorning twin rear-mounted electric motors into the Rapide means 449kW of power and a massive 950Nm of torque in the emissions-free coupe-styled sedan. 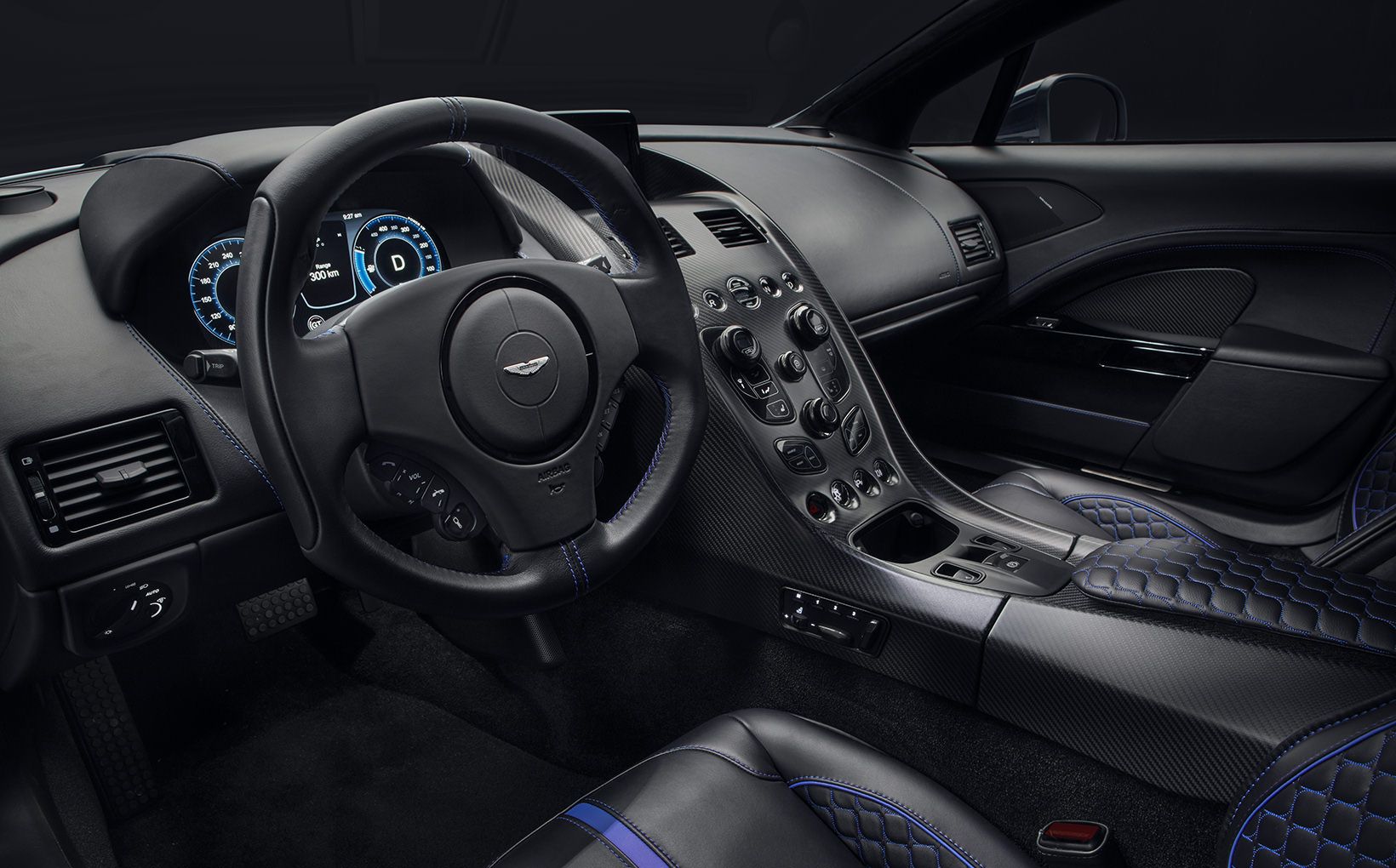 Inside, the Rapide E as opulent and luxurious as its Aston Martin stablemates thanks to a 10.0-inch digital instrumentation display and swathes of soft-touch leather.

And that acceleration isn’t under optimal weather at full battery charge either, with Aston touting “the Rapide E will deliver its performance in a consistent and repeatable way as would be expected from a traditional Aston Martin product”.

Replacing the traditional internal combustion engine and gearbox is a 65kWh battery pack with enough juice to travel more than 322km on a single charge – enough to comfortably get from Melbourne to Lorne and back.

Recharging can also take as little as three hours with a high-power AC charger, but expect the time to swell to around 10 hours with a traditional household socket. 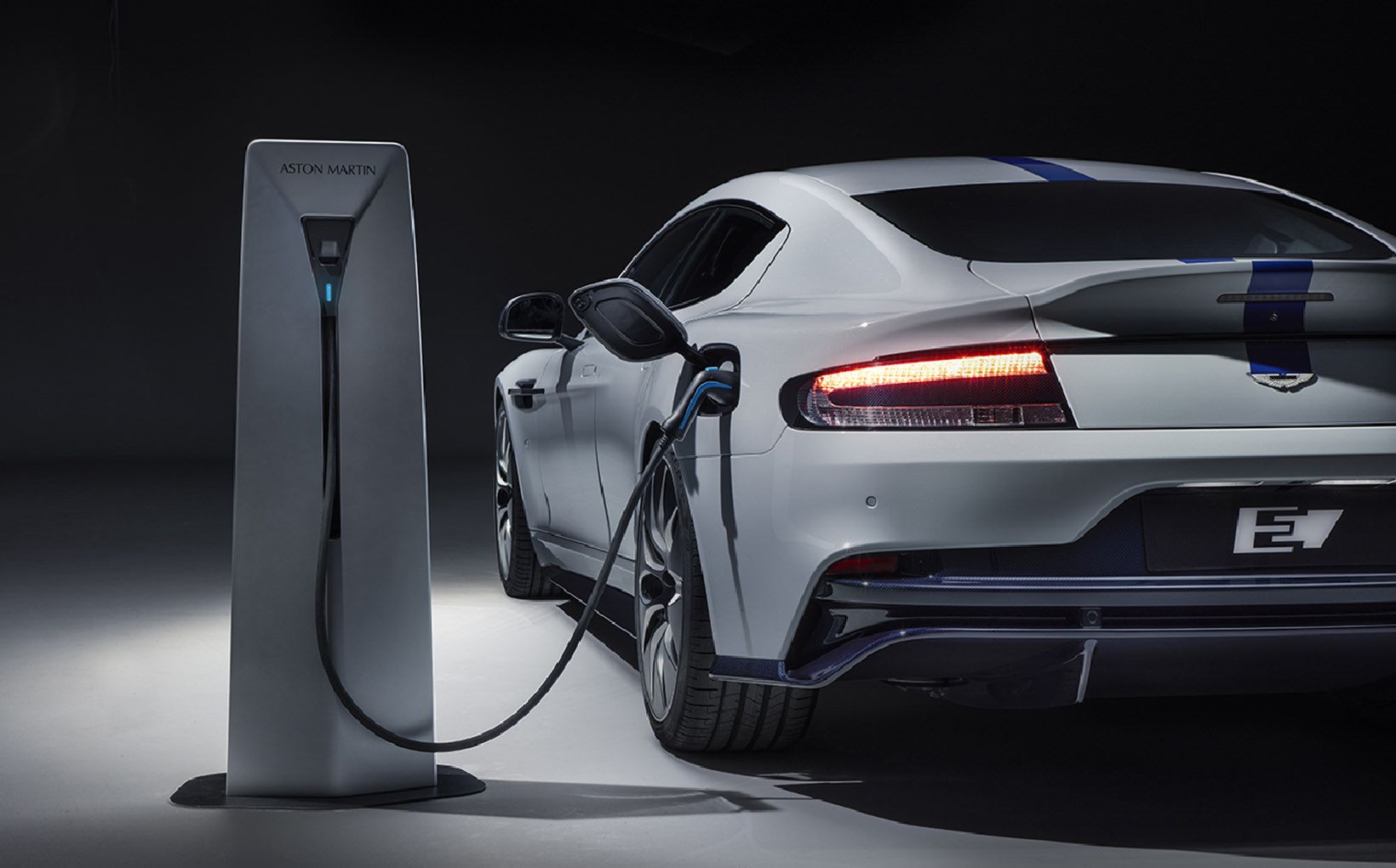 With a 322km driving range, the Aston Martin Rapide E might have to be juiced every other day, but recharging could be as quick as three hours.

Differentiating itself from the standard Rapide range, the zero-emissions limo sports a flatter underfloor and larger rear diffuser for optimised airflow and reduced drag.

Bespoke alloy wheels wrapped in low-rolling-resistance Pirelli P-Zero tyres are also fitted, while the braking system also regenerates some electric power upon use.

Three driving models are available – GT, Sport and Sport+ - which Aston claims will deliver as much of a thrill as the V12-powered Rapide AMR. 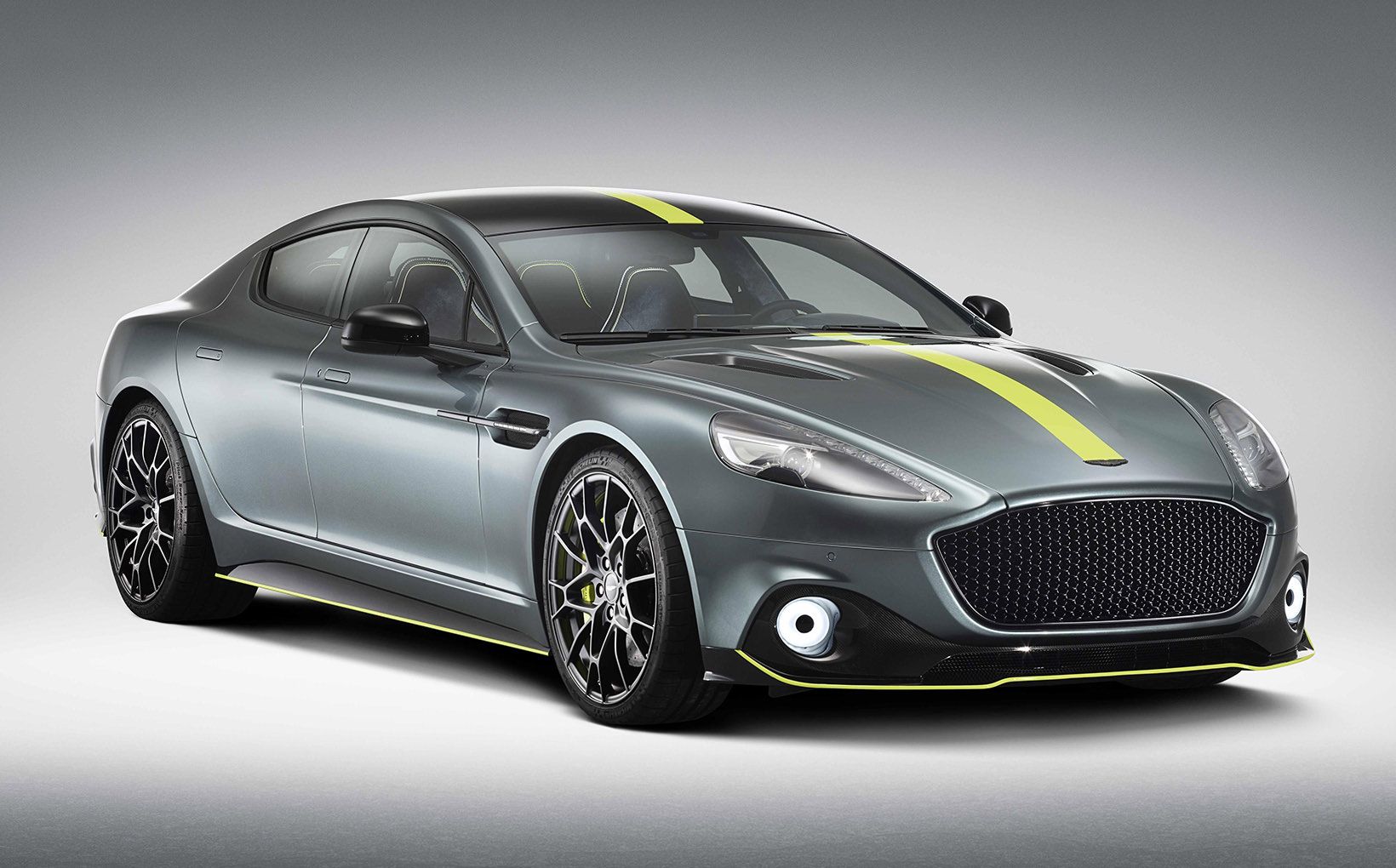 The Rapide E takes its design cues from the internal-combustion-engined Rapide, which was topped by the AMR version and its 444kW/630Nm 5.9-litre naturally aspirated V12.

If the Rapide E looks a bit familiar, it’s because Aston built its first full-EV on the Rapide four-door body, which debuted in 2010.

The first four-door, four-seater from Aston Martin since the traditional Rapide is powered by a 5.9-litre V12 petrol engine that outputs as much as 444kW/630Nm in top-tier AMR form.

Sending drive to the rear wheels via an eight-speed ZF-sourced automatic transmission means a 0-60mph time of 4.4s, while the Rapide AMR’s top speed is pegged at 330km/h. 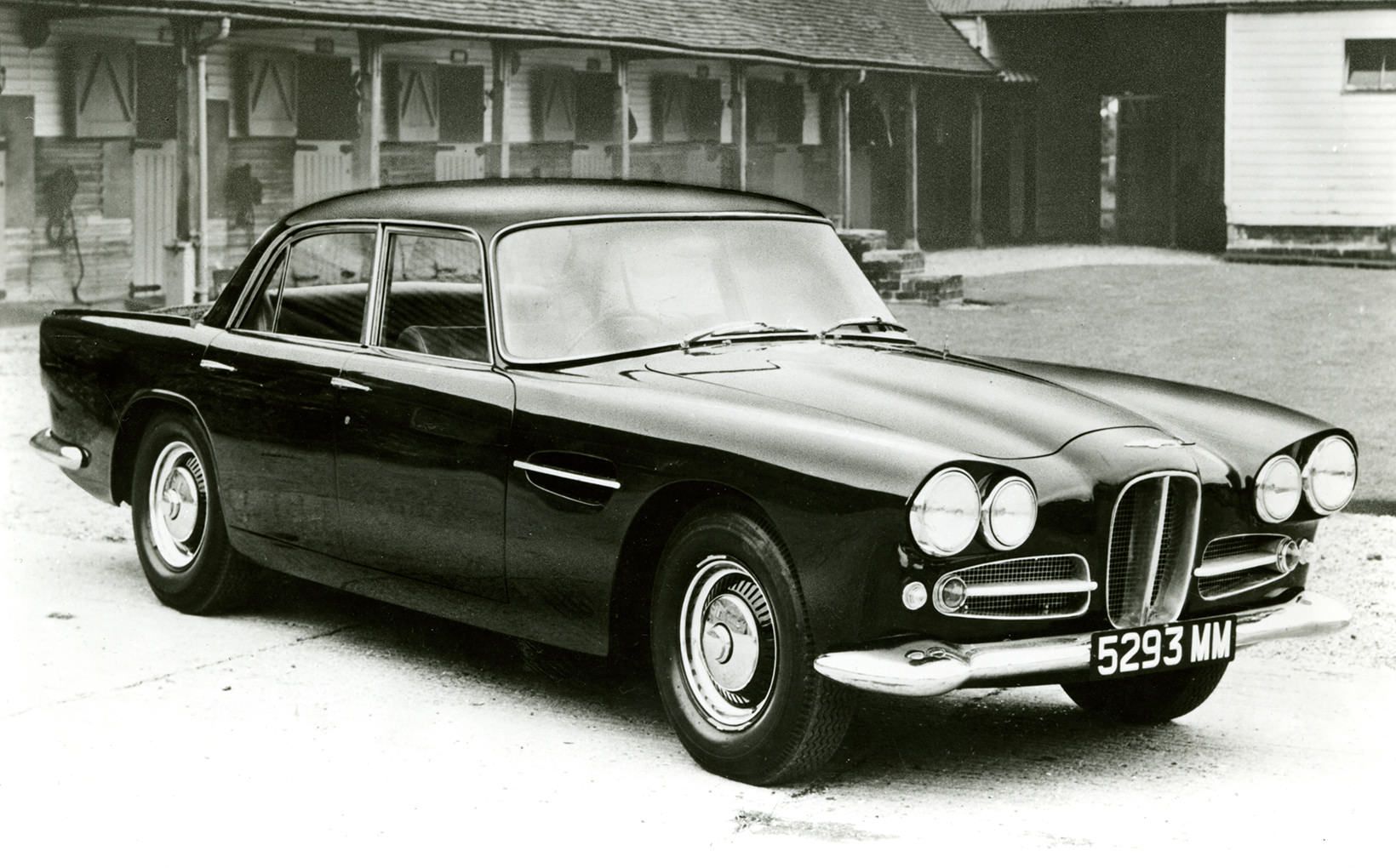 If the original Rapide looks a bit like a stretched Aston Martin DB4, it’s because it is!

However, the first model to wear the Rapide nameplate came from 1961 under the Langonda badge.

Based on an Aston Martin DB4, the original Lagonda was powered by a 4.0-litre dual-overhead cam inline six-cylinder, with only 55 produced worldwide.

The latest Rapide E might be a far cry from what was first originally offered, but it carries the torch of a sleek and exclusive four-door sedan well into the 21st century.