Dontas to Debut in Shannons Stadium Super Truck at Clipsal 500 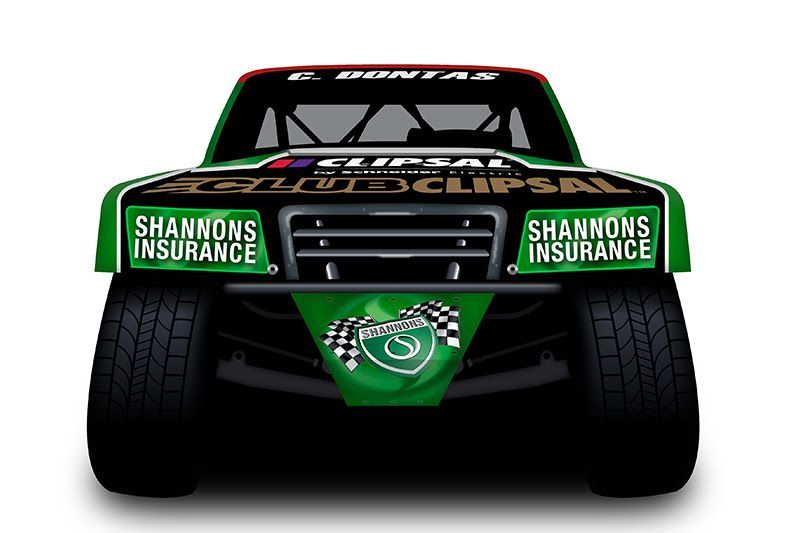 Craig Dontas is prepared to debut in the Stadium SUPER Trucks at the upcoming Clipsal 500.
The Supercars Championship Series Opener will serve as the first of five rounds that will feature the Stadium SUPER Trucks races.
Dontas has been busy in a professional capacity as the Commercial Sponsorship Manager at the Clipsal 500 Adelaide alongside preparing his debut in the Shannons Stadium SUPER Truck.
“I’m pretty excited, with the split roles at the Clipsal 500 it’s chaotic running both the commercial role and driving so it’s like wearing two caps all weekend - one minute ensuring operations are going well and the next getting your helmet on and getting in the truck. It’s a big task but I wouldn’t have it any other way.”
Dontas is taking on a new category and will face a steep learning curve, but is confident his understanding of the Stadium SUPER Trucks will improve throughout the weekend.
“It’s a bit like heading into a boxing match with one hand tied behind our back, the Americans have been doing a heap of testing and everyone else in the field has some extensive experience so we will be the rookie learning our way as the sessions roll on over the weekend.”
The Clipsal 500 is a hometown event for Dontas, and he is ecstatic to have a big fan base and series of sponsors heading to the Adelaide track for the weekend.
“We are going to have our partners from Shannons Insurance and, as it’s the Clipsal Event, we have a huge contingent from Clipsal at their home event, so we will have a large number of people supporting us which is great.”
Round 1 of the Australian Stadium SUPER Trucks will be held at the Clipsal 500, in Adelaide from March 2-5.