Classic vehicles can be attention grabbers and great conversation starters and Shannons’ upcoming February 18 Melbourne Summer Auction is full of them! 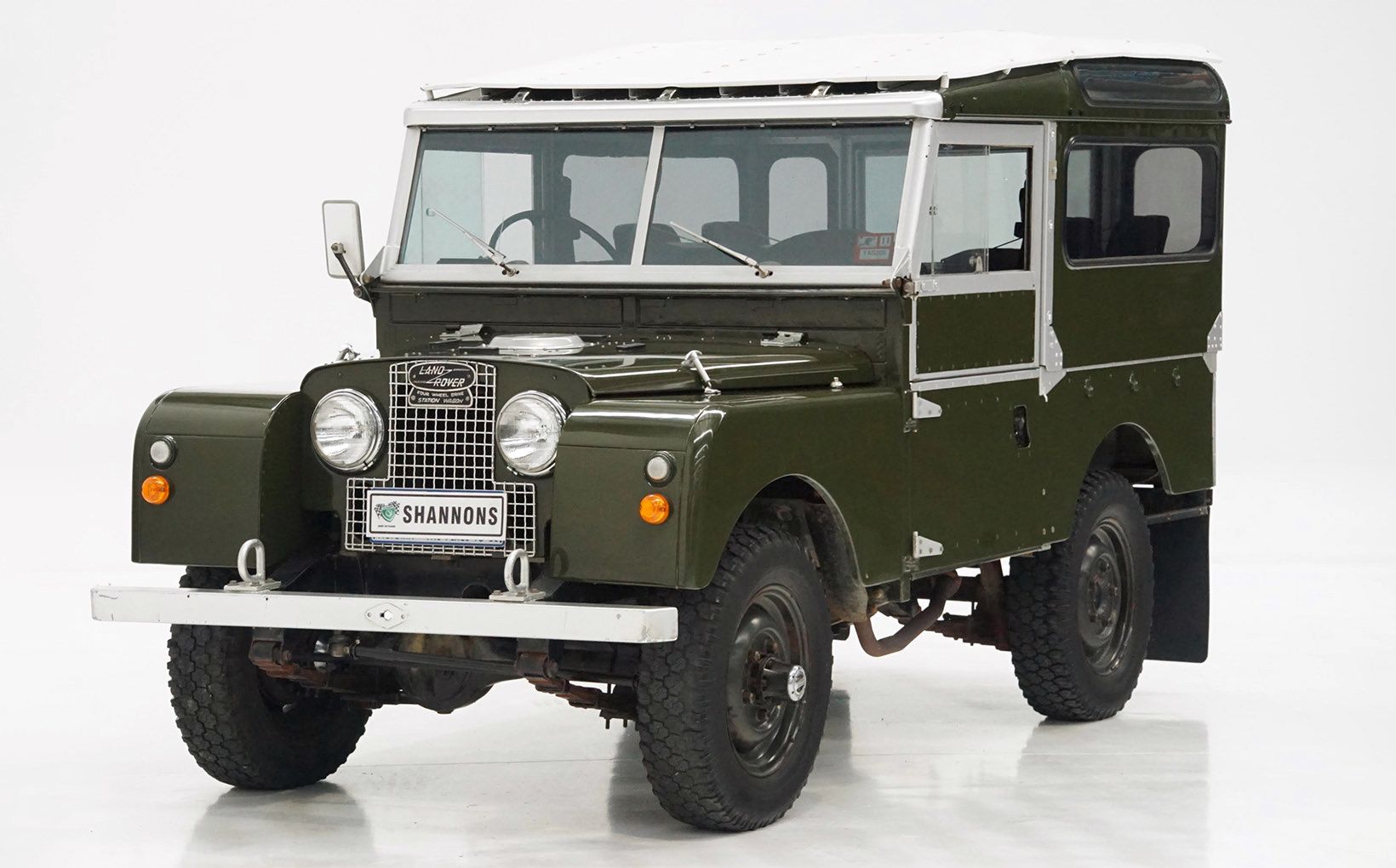 This rare 1954 Land-Rover Series 1 short wheelbase seven-seater wagon that comes to auction in very good condition is expected to bring $14,000 - $18,000 when offered with ‘no reserve’ at Shannons Melbourne Summer Auction on February 18.

Land-Rover enthusiasts have the opportunity to purchase a rare 86-inch Series 1 short wheelbase seven-seater wagon that comes to auction in very good condition for its age.

Adding to its appeal, this 1954 model is fitted with the rare Tropical Roof option and has extra skylight windows, with its entire roof and sides removable, if desired.

Bought in Adelaide 10 years ago and used minimally around Melbourne since, this 1954 'Landie' is packed with desirable period features, including a radio, heater, a governor control, free-wheel hubs, a clock and both oil pressure and temperature gauges.

Offered with ‘no reserve’ and ready to enjoy, it is expected to sell for $14,000 - $18,000, making if a perfect club car or the Classic companion for a late model Range-Rover. 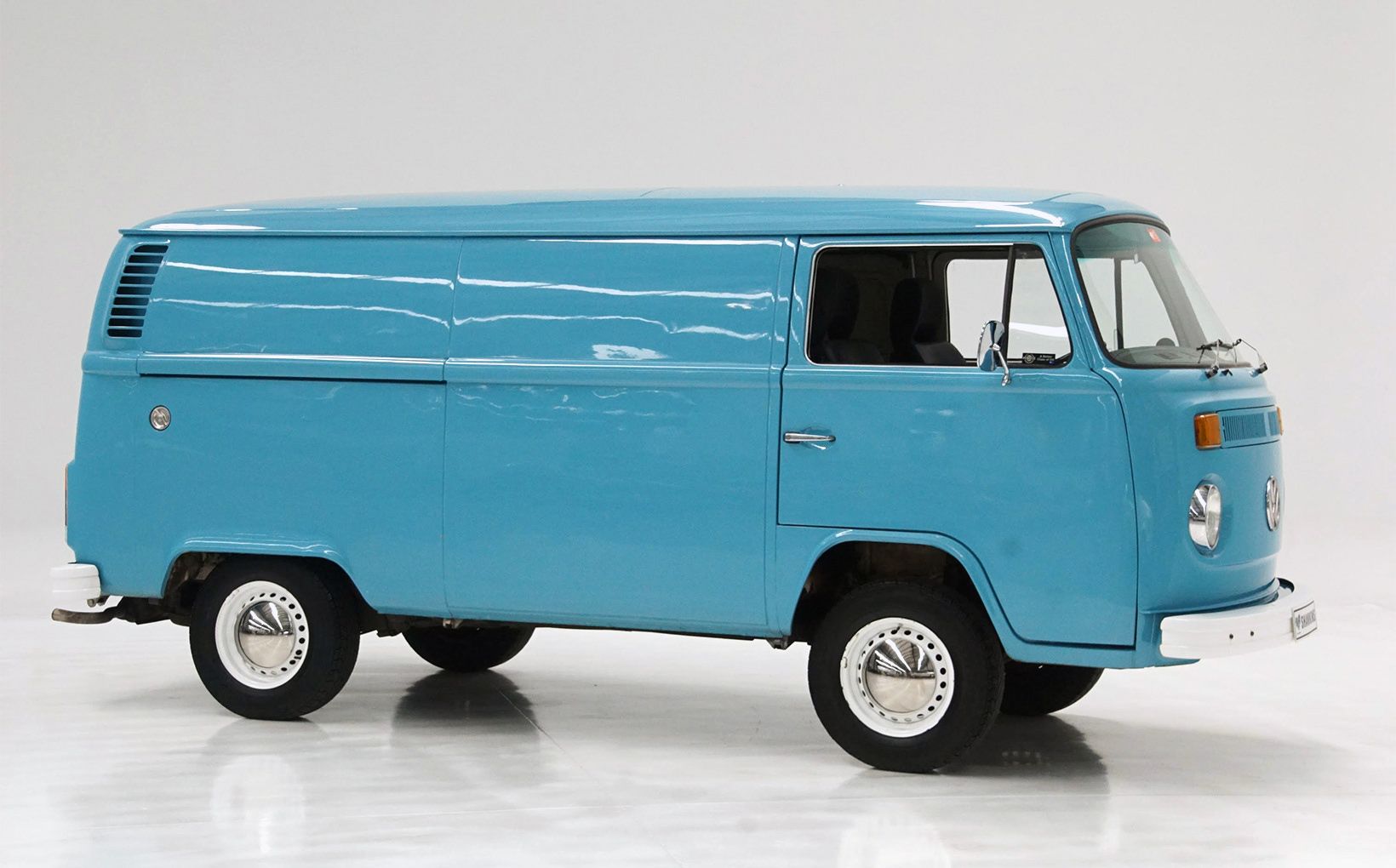 This Tasmanian-delivered 1974 VW Kombi Transporter that until recently worked carrying furniture is destined for a new life as a surf cruiser or camper van if it sells as expected for $15,000-$20,000 at Shannons Melbourne Summer Auction on February 18.

VW Kombis of all descriptions are hot property right now, with these Type 2 big window vans from the 1970s now seen as the foundation of a surf cruiser or camper van.

The Tasmanian-delivered 1974 VW Kombi Transporter in the auction has worked hauling furniture for a living for a Melbourne business since 2012 and is now ready for a more leisurely life. 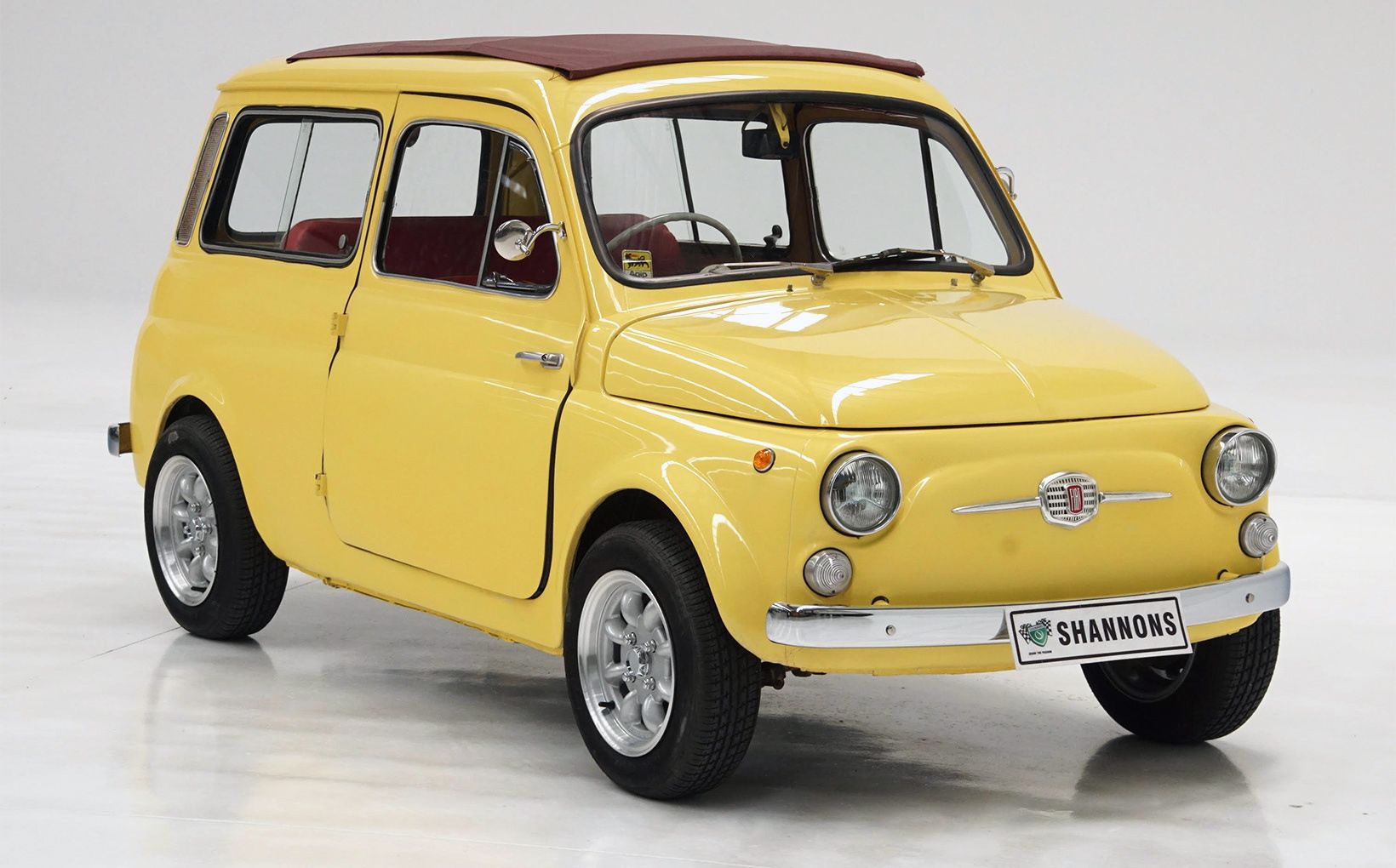 Now a global icon, this eye-catching, restored 1963 Giardiniera fitted with a full-length sunroof is expected to sell with ‘no reserve’ for $18,000 - $24,000  at Shannons Melbourne Summer Auction on February 18.

A lot smaller, but a big conversation starter, is the bright yellow Fiat 500 Giardinera Wagon.

This eye-catching, restored 1963 Giardiniera is well-presented inside and out and is fitted with a full-length sunroof for summer fun.

Now a global icon and ready to stand out in any Classic crowd, the Giardiniera is conservatively expected to sell with ‘no reserve’ for $18,000-$24,000. 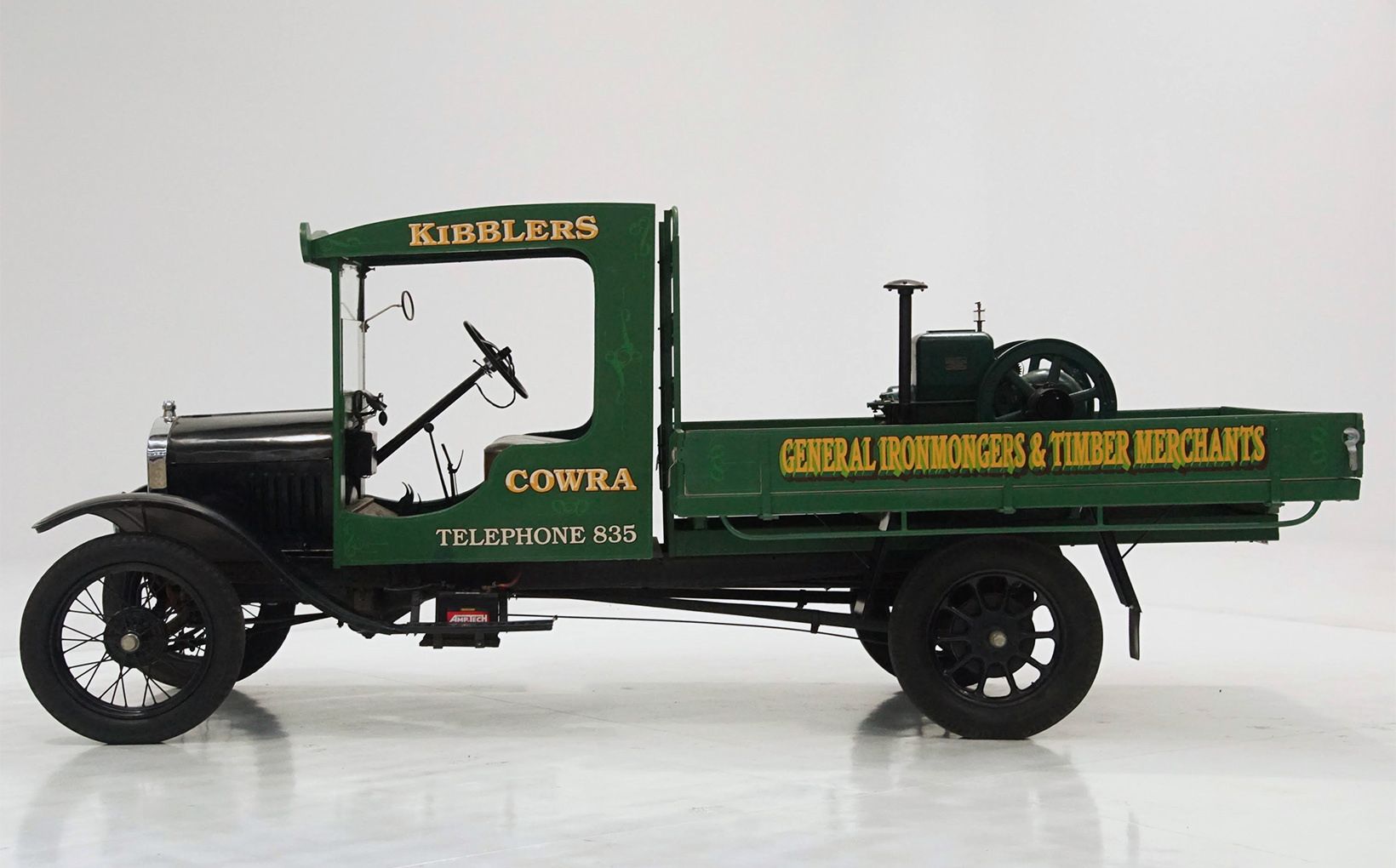 This restored right hand drive Canadian-built Ford Model T Truck equipped with a tray-mounted 4HP stationary engine would make a great promotional or club vehicle if it sell as expected in the $18,000-$24,000 range at Shannons Melbourne Summer Auction on February 18.

Winding the clock back a lot further, a 1922 Ford Model-T Truck with a separate, Sundial 4hp stationary engine mounted on its timber tray in addition to its period engine, is also crossing the auction block.

This right-hand-drive Canadian-made vehicle is in great condition throughout and would make an Ideal promotional vehicle or club rally car at its expected sale estimate of $18,000-$24,000.

An instant standout in its bright red paintwork and chromed wire wheels is a 1957 Jaguar MK1 3.4 Litre 'Manual' Saloon that reportedly had $70,000 spent on its restoration for a wedding in the early 2000s.

Another great conversation starter is a now rarely-seen 1964 Chrysler Valiant AP5 Safari Wagon fitted with many period accessories that has had just two owners since new – the first for 53 years! Offered with ‘no reserve’, it is expected to sell for $8,000-$12,000. 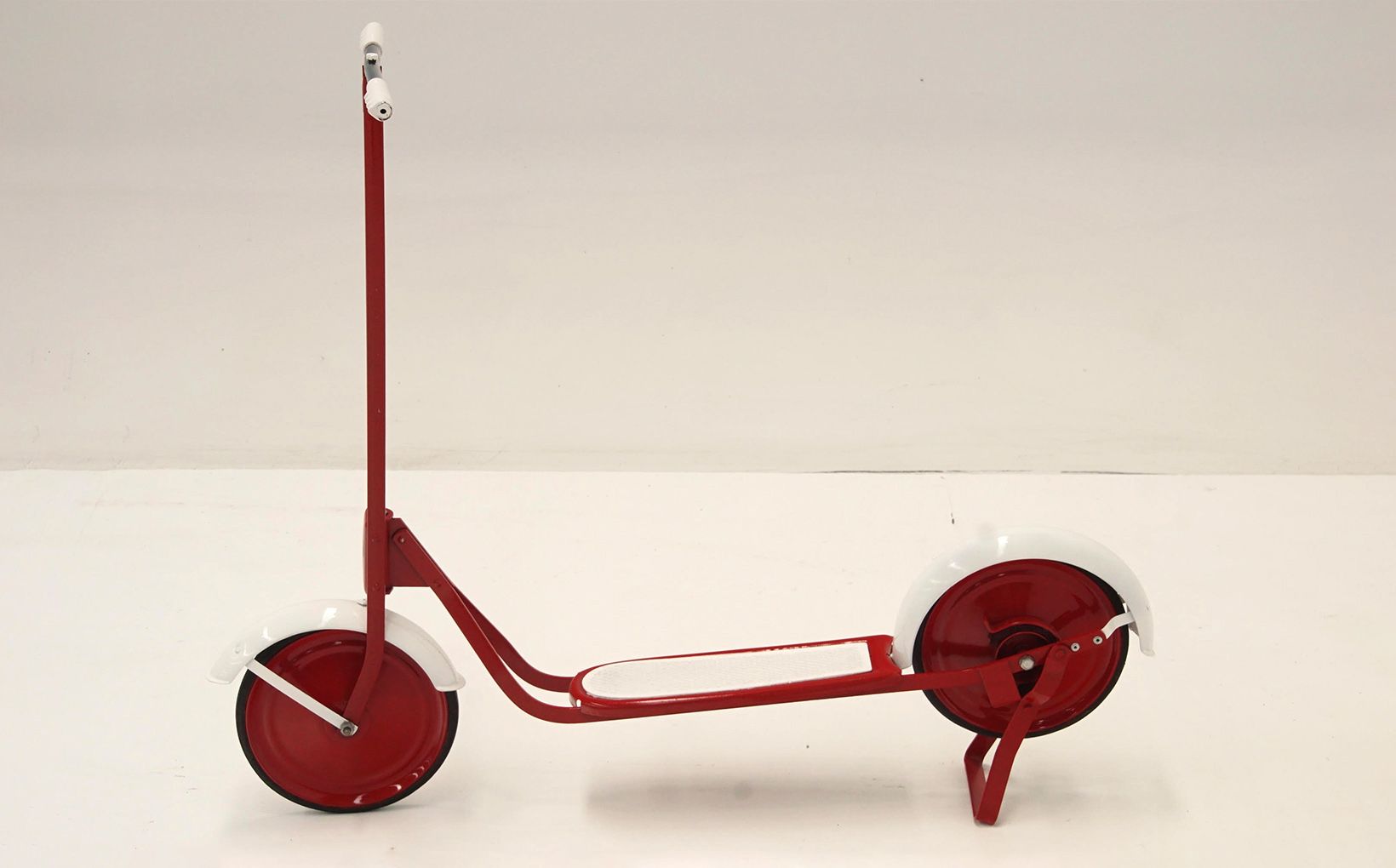 Standing out from the Classic crowd needn’t cost a fortune if you purchase this 1930s Cyclops scooter that is expected to sell with ‘no reserve’ for $300 - $400  at Shannons Melbourne Summer Auction on February 18.

Of course, you can spend even less to be noticed. Instead of a modern Lithium battery-powered scooter, consider the restored circa-1930s Vintage Cyclops (push) scooter in the auction, where it is expected to sell with ‘no reserve’ for $300 - $400.

Other significant Heritage plates on offer include many ‘lucky’ number combinations, such as ‘6889’, ‘18.881’ and ‘88.008’ that are expected to be popular at the start of the Chinese New Year, while ‘9.110’ will be in demand with Porsche owners and other plates like ’69.696’ offer interesting numerical combinations.