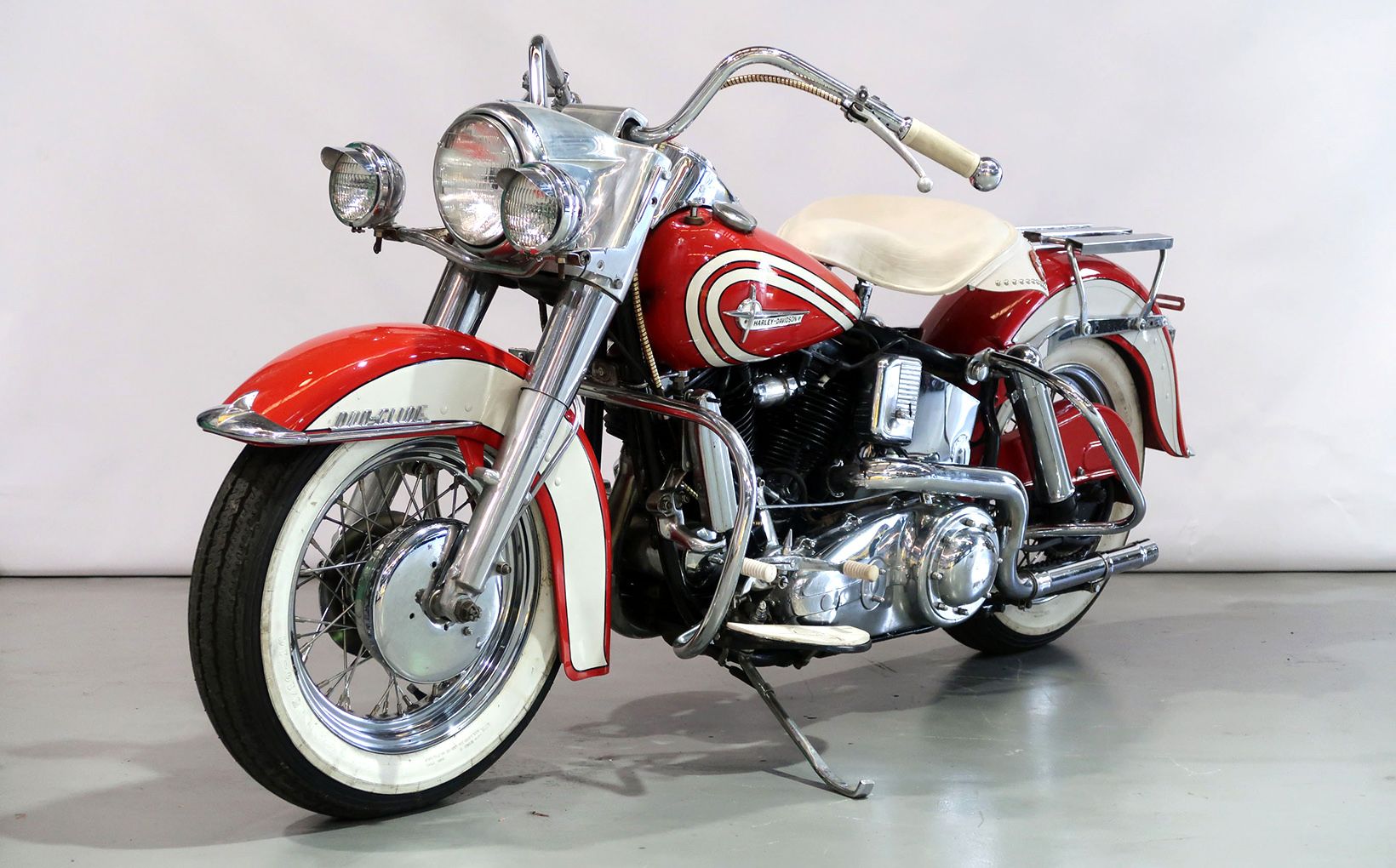 Shannons has some fabulous enjoy-now or put-away two wheelers in its upcoming Timed Online Classic sale with seven great motorcycles crossing the virtual auction block from May 20-June 3. 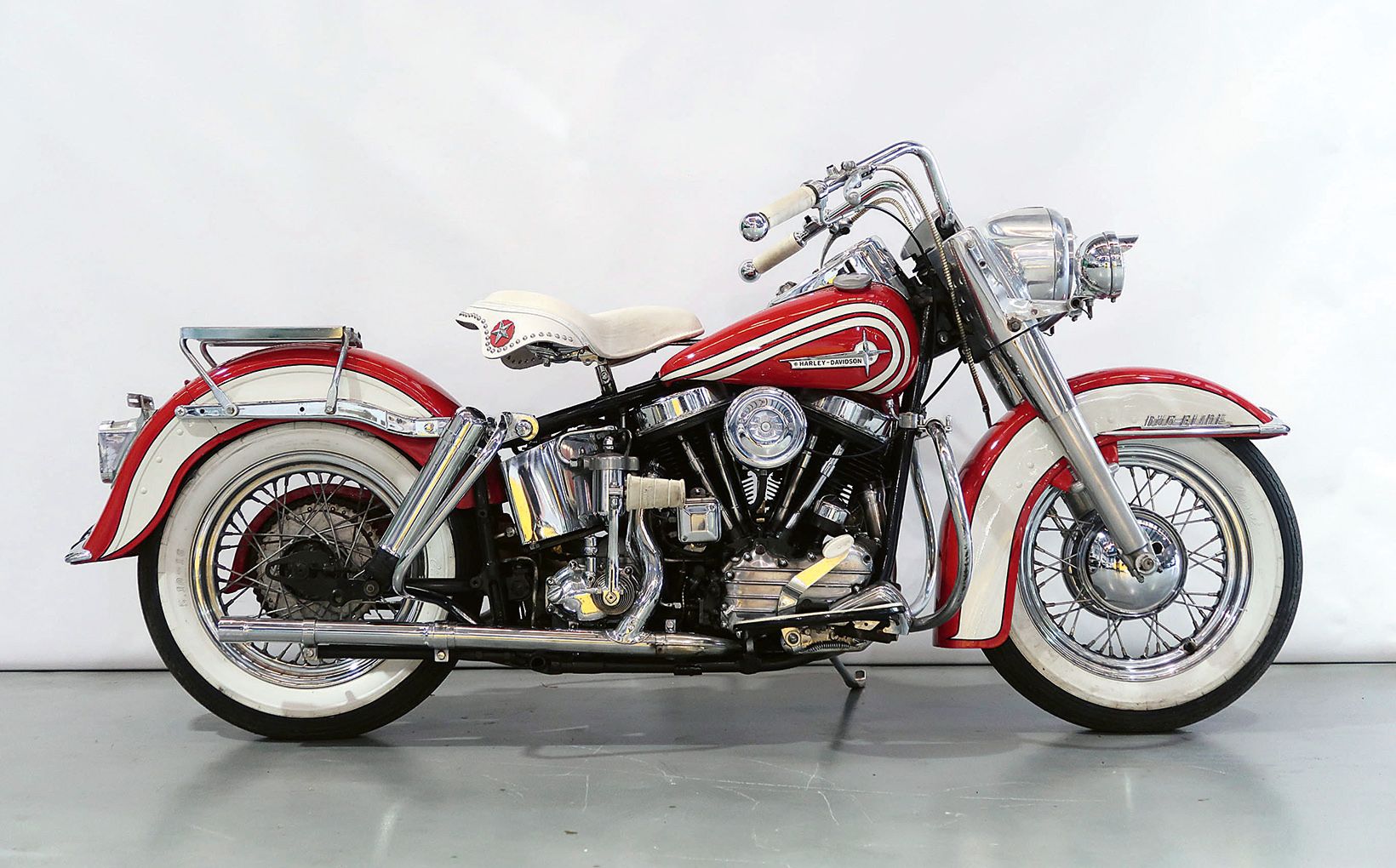 The leader of the classics is a stunning red, white and black 1960 Harley-Davidson FL Duo Glide that is understood to have spent 37 years sitting in a shed in Queensland before being recommissioned.

The 1960 FL Duo-Glide that replaced the Hydra-Glide as the big American touring bike of choice, was a major innovation in the history of Harley-Davidson, introducing a number of changes, introducing proper swing-arm with coil-over shocks rear suspension.

Purchased from a deceased estate, the Harley had been the subject of some previous mechanical and cosmetic refurbishment, but a major service was carried out by marque specialists Macksville Motorcycles in preparation for its sale, with recent invoices on file totalling almost $2,500.

As one of the best looking Harley model of all time, this collectible FL Duo Glide very attractively is being offered with ‘no reserve’ and is expected to sell in the $20,000 - $24,000 range. 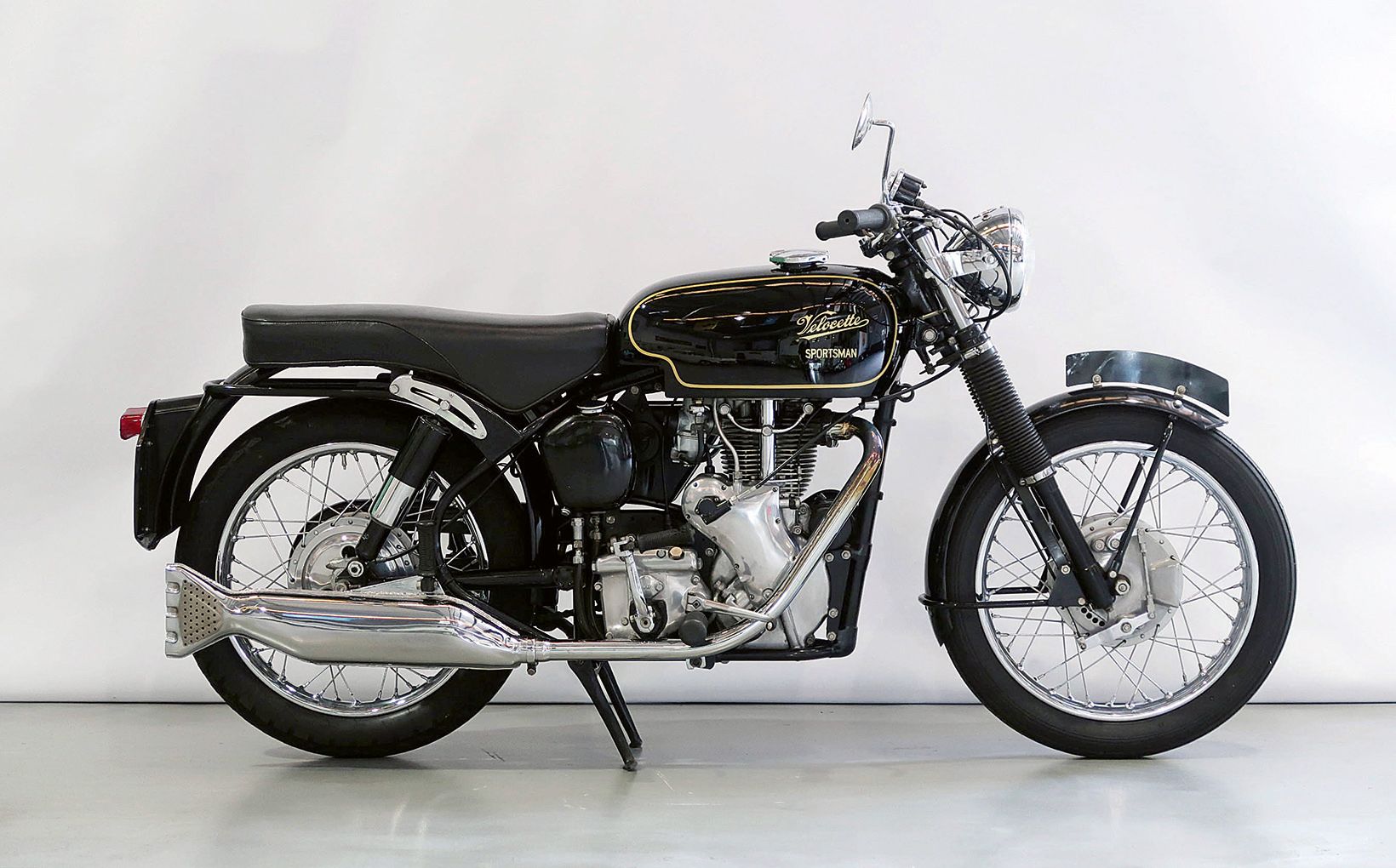 From the British stables and with particular appeal to many sporting motorcycle enthusiasts, is a beautiful Velocette Sportsman 500cc solo.

One of just 40 Sportsmans made available for Australia, this stunning one owner bike was purchased new from Burling & Simmons on Parramatta Road, Auburn in Easter 1970 and has been cherished by its original Sydney owner ever since.

Well-known in the Velocette community, the bike remained registered in NSW until 2012, when it was deregistered and kept in storage until now.

Still largely original, the Velocette was completely overhauled mechanically in 1994 and is offered for sale for the first time in 50 years, with its odometer showing just 2,983 miles.

Shannons believe it would be a wonderful addition to any Classic motorcycle collection and expect it to sell in the $18,000 - $22,000 range. 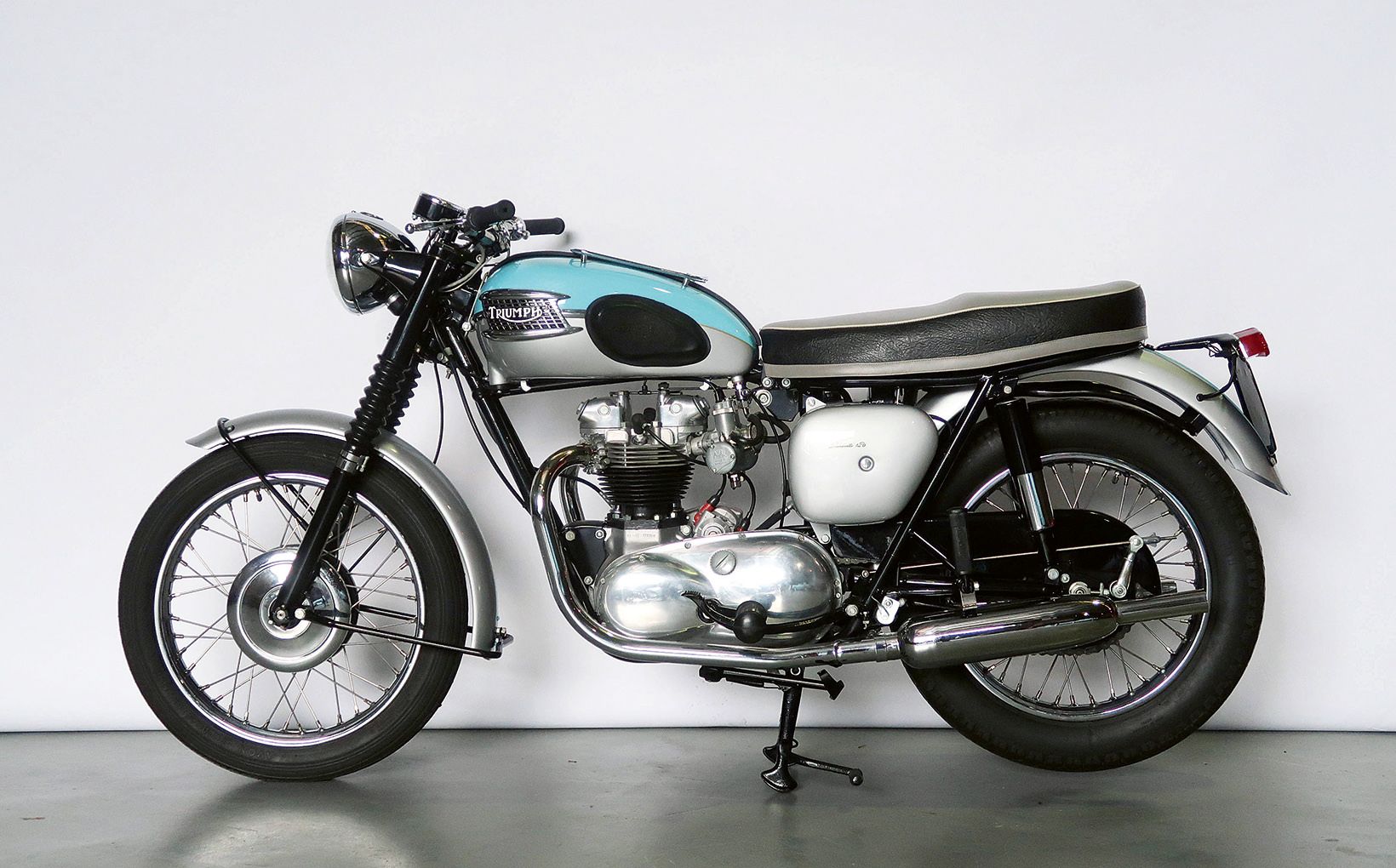 This fully-restored Pre-Unit T120R Bonneville with corresponding engine and frame numbers with zero miles on its odometer since a fastidious, correct restoration, is expected to sell with ‘no reserve’ for $15,000 - $18,000.

Coming to auction from a private ‘Bonnie’ collection the T120R remained the most powerful, fastest and desirable bike in Triumph’s catalogue for over a decade, with numerous variants offered for sale along the way.

Fully restored by a specialist workshop in Melbourne several years ago, this early Pre-Unit T120R Bonneville with corresponding engine and frame numbers dates from early 1961, is beautifully presented in the correct Sky Blue over Silver Sheen colour combination.

With its mileage reset to zero at the time of restoration, the bike was showing just 285 miles on its odometer at the time of cataloguing, making it a wonderful addition to any Triumph, or classic British bike collection. 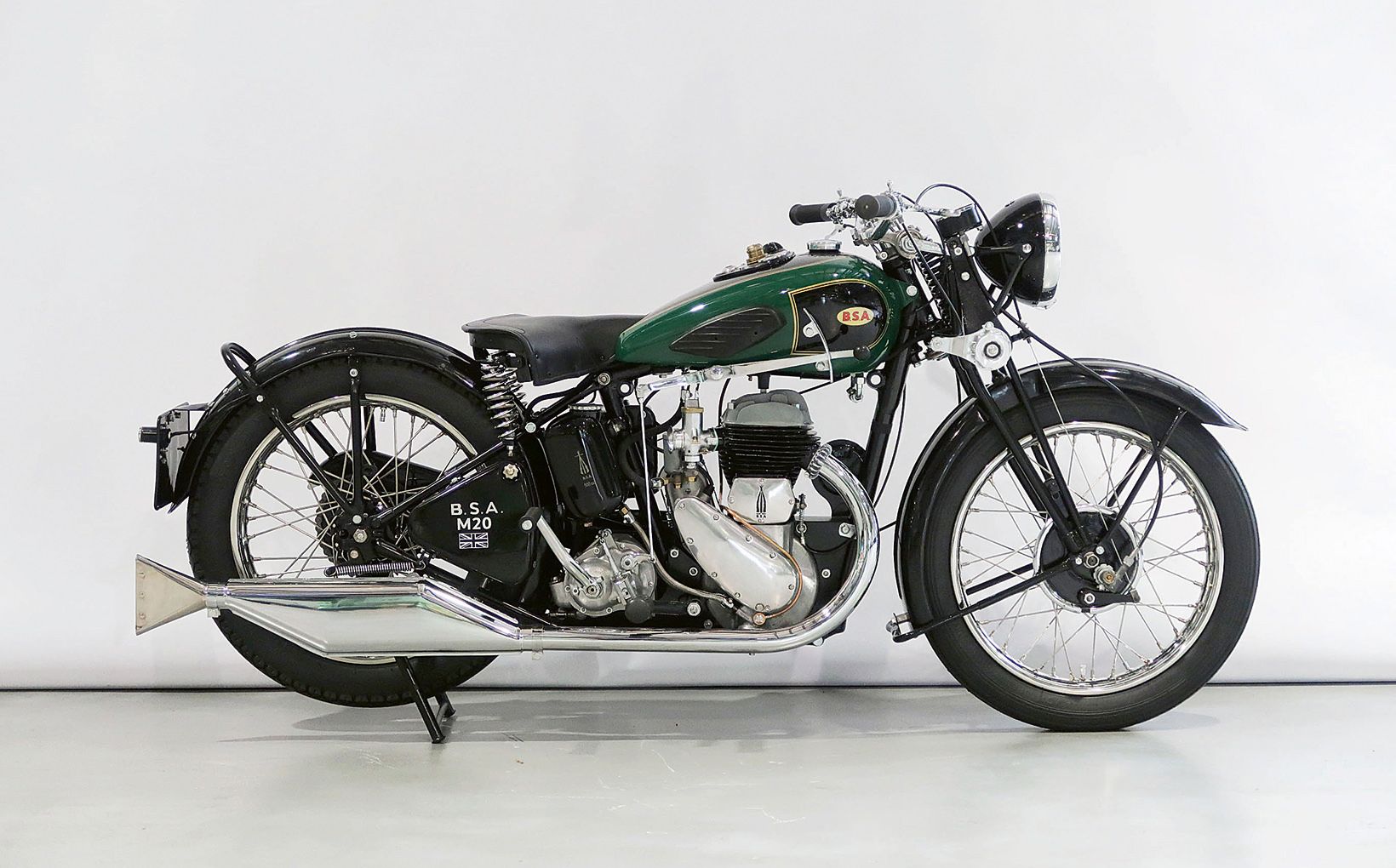 Fully restored by its previous owner in West Australia, the 1935 W35-7 has a rebuilt motor and numerous new parts, with the addition of a rare brass trouble light to illuminate its instruments.

With its frame and engine numbers both dating from the first year of the model’s production, the very desirable 1937 M20 has been the subject of a fresh ground-up restoration by its current owner. 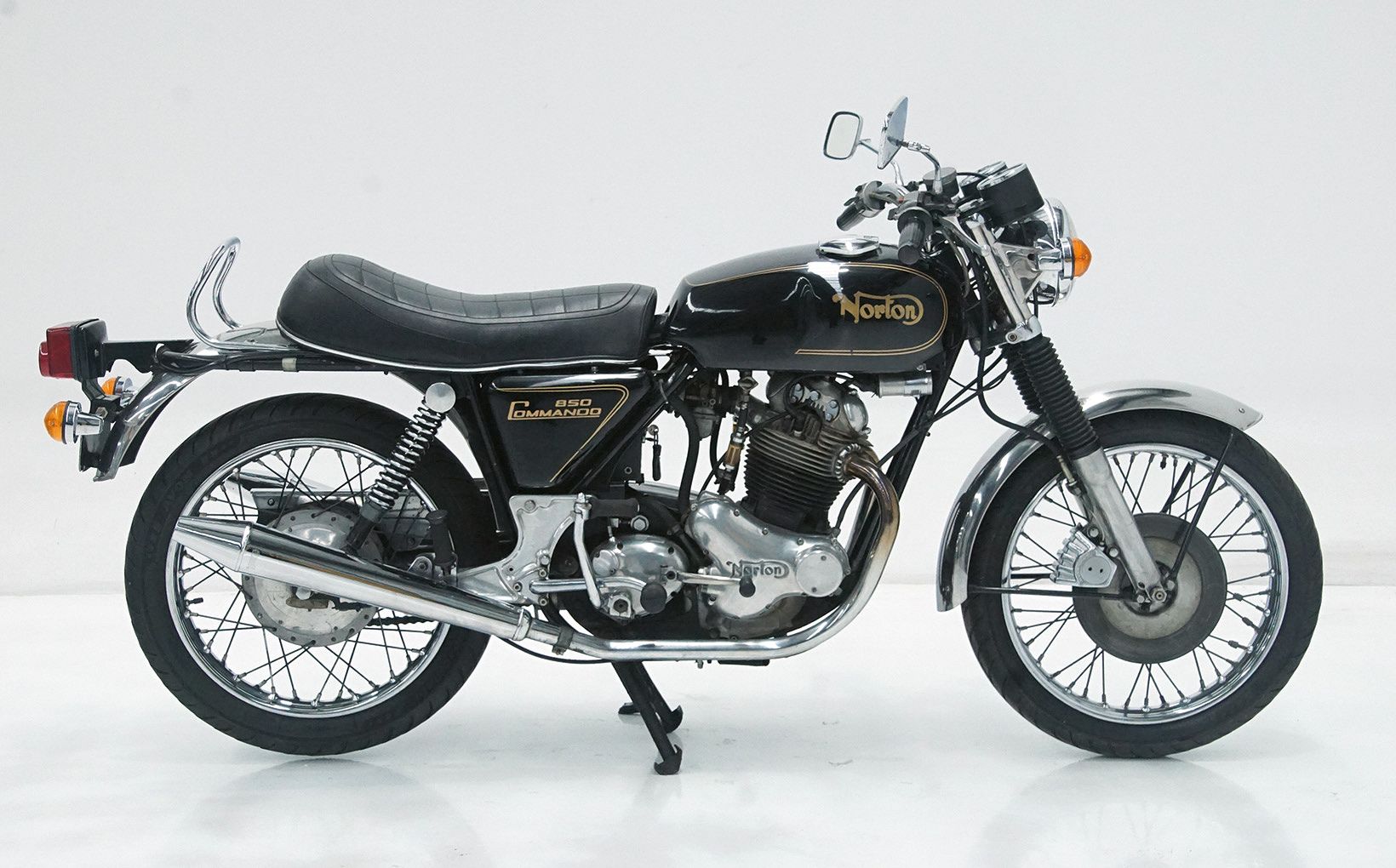 Finally, for the serious British motorcycle aficionado, there is a fully-restored 1974 Norton Commando 850 MkIIA.

Finished in black with gold pin-striping on its tank, a black saddle, chrome mudguards and wire wheels, this Commando introduced in 1967, is regarded by many as the finest British twin of its era.

With its 828cc engine, the Norton can still hold its own today and makes an ideal cruiser, especially with the mechanical improvements made to the example being auctioned resulting in an even better ride at its expected selling price of $12,000 - $16,000.

Finally for the kids or Japanese bike collectors, there is a 1978 Honda CT70 Mini Trial Bike in good operating condition that is being offered with ‘no reserve’ and is expected to bring $3,500 - $4,500.