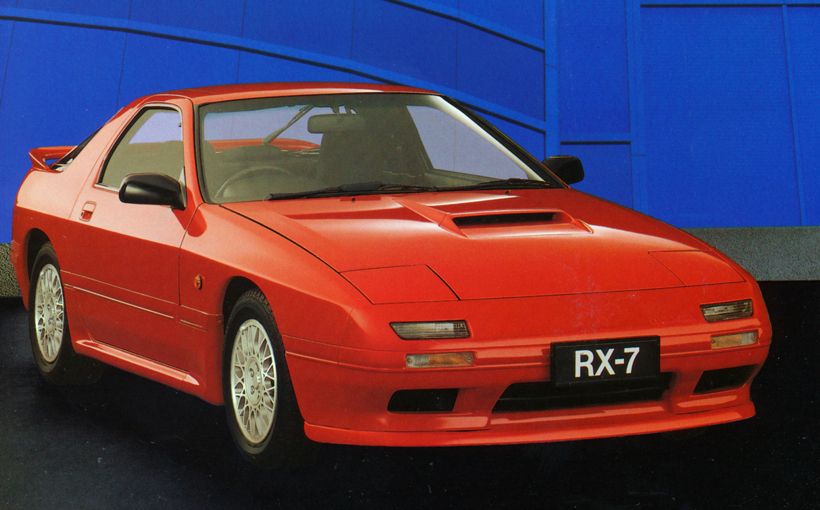 From just about any angle the P747 RX-7 reminded sports car lovers of the much more expensive Porsche 944, against which it was benchmarked.

The original Mazda RX-7, which made its debut on 30 March 1978, was always going to be a tough act to follow. It quickly became the best selling sports car Japan had ever seen and reversed the dubious reputation of rotary-engined Mazdas in the US. But for all its brilliance, it had shortcomings which were increasingly evident by mid-1981 when serious work began on planning its successor, the ‘P747’ RX-7, which we think of locally as the ‘Series IV’.

Toyo Kogyo (as Mazda was then known) had created a new market niche but senior suits knew that rivals would be forthcoming from Nissan, Toyota and Honda, and Mitsubishi’s unfortunately named Starion was imminent. After just three years, the RX-7’s live-axle rear suspension, rear drum brakes, 13 X 4.5-inch steel road wheels and somewhat vague recirculating ball steering seemed to mark it as a car of the 1970s rather than the more extravagant ’80s.