Holden VR and VS Commodore: seeking acclaim for new emphasis on safety 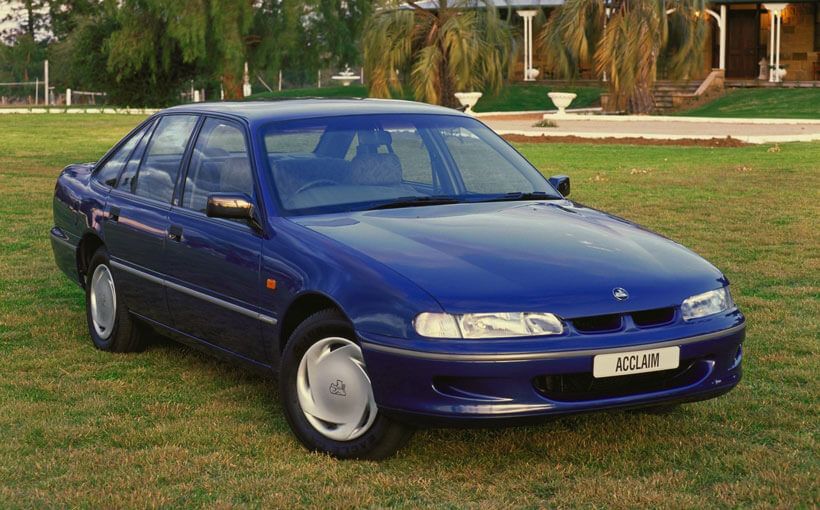 It may seem difficult to believe now, but the 1993 VR was the first Commodore model to have a driver's airbag. Taking advantage of this feature, Holden's marketing executives conceived a new variant, the Acclaim, which packaged the three standout safety features on offer: airbag, independent rear suspension (IRS), anti-lock brakes (ABS) with automatic transmission. Cleverly aimed at both the fleet and private customer, the Acclaim was immediately successful and within weeks was accounting for 15 per cent of VR sales.

Safety was just emerging as a key priority for Australian consumers. Priced at $29,183, the Acclaim commanded a premium of about $4K over the spartan Executive. In July 1993 though, no-one could have predicted that within a decade multiple airbags would be standard on quite inexpensive cars and that a poor crash test rating would mean poor sales. So, in this respect, the VR Acclaim gestured towards the next century. There was no other car for anything like the price which offered the same number of overt safety features. Ford Australia and Holden became engaged in a kind of battle over safety and it’s fair to say the mid-1990s Commodores and Falcons offered much greater protection for their occupants than any of the earlier models.

Unfortunately, in many other respects the VR dated right back to 1988 and the car Holden’s advertising spruiked as the 'Big New V6 Commodore', the VN. The somewhat coarse pushrod 3.8-litre engine sat beneath the VR's new bonnet. It had a higher compression ratio for a modest increase in power from 127kW to 130, which looks pretty lowly by today's standards when anything less than 200 seems hardly worth quoting. While journalists complained about the engine’s roughness, few customers expressed concerns.