Even when it was new the original ‘Humpy’ Holden 48-215 (‘FX’) disguised its breakthrough engineering behind an essentially pre-World War II appearance. ‘Australia’s Own Car’ was designed, engineered and tested in Detroit before being tested again in Australia. You couldn’t even call it a Baby Boomer because work on 195Y25, as the program was unevocatively called, had begun before hostilities ended.

The 48-215 was always better than it looked. Behind its creation lies a veritable jigsaw of pieces, and foremost among these is its chief engineer, American, Russell S. (‘Russ’) Begg. 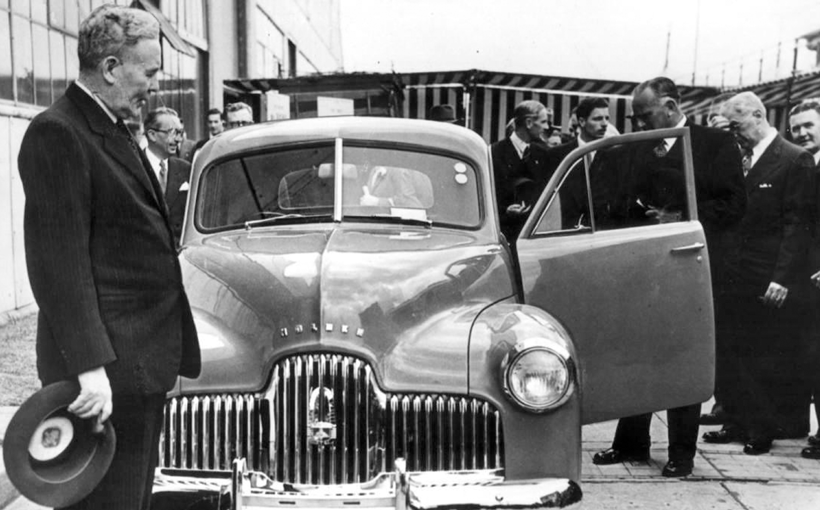 One of the most famous Australian photographs: Prime Minister Ben Chifley admiring the “Number One’ Holden 48-215.