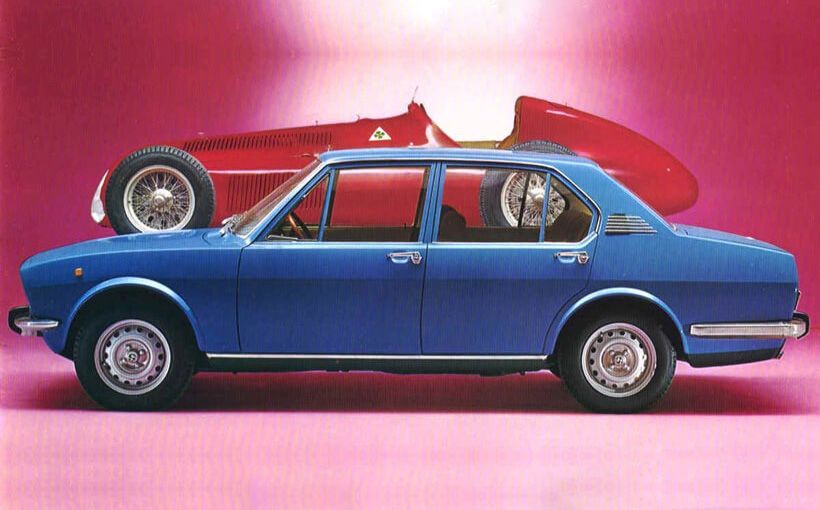 In Arese, Italy in May 1972, just 10 months after the debut of the HQ Holden and less than seven years after BMC delivered its so-called ‘The Car of the Century’ Austin 1800, Alfa Romeo launched the first example of what was to be its new 116-Series range, the Alfetta 1.8 sedan. Some of the motoring journalists considering this Cortina-sized Bertone-designed newcomer would have been bemused at least and even astonished by the company’s boldness in displaying the car alongside the 1951 Model 159 Alfetta open-wheeler which had so patently lent its name to what looked like just another neat early 1970s sedan.

An all-alloy twin overhead camshaft engine was not new to Alfa Romeo’s production cars and neither was a five-speed all-synchromesh gearbox. Even four-wheel disc brakes were unremarkable. But despite the cynicism of some commentators (Road & Track’s April 1973 introduction used the pejorative phrase ‘tenuous grounds’), there was ample justification for (a) daring to showcase the new Alfetta alongside its famous namesake and (b) for recycling the name. 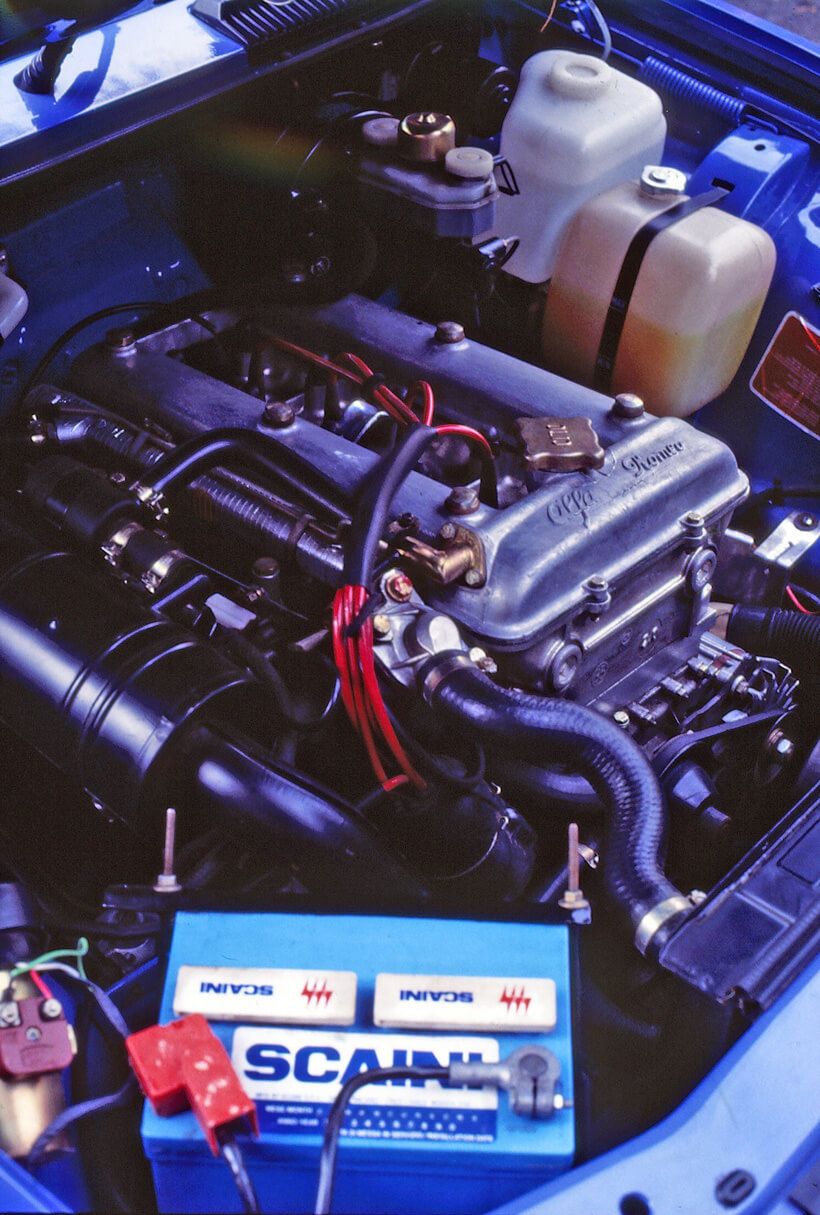 The front-engined rear-drive Alfetta 116 offered perfect 50:50 weight distribution thanks to its adoption of a rear transaxle and De Dion suspension, per the Model 159. By moving the mass of the gearbox and clutch aft the engineers also liberated more space for passengers and luggage. The Dion arrangement conferred advantages of having lower unsparing weight and of keeping the rear wheels vertical at all times.