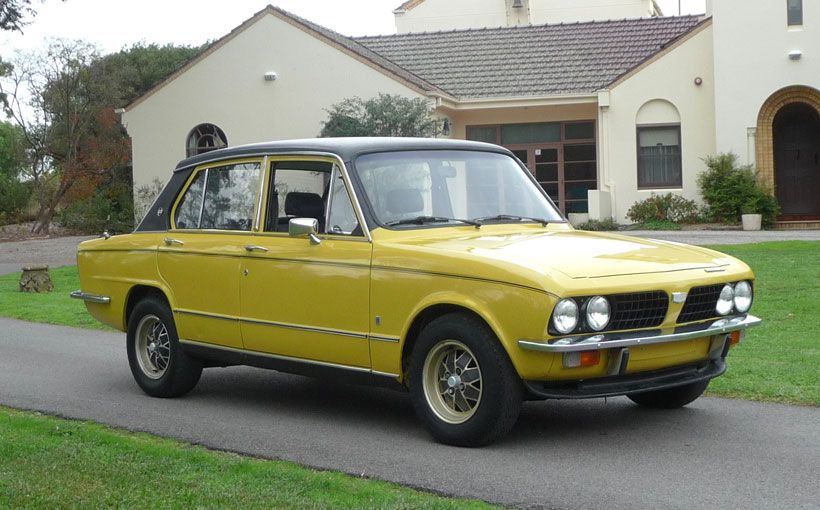 The Australian-delivered Dolomite Sprint highlighted everything that was right and wrong about the British industry in 1975-76. Its body was recycled from a tiny 10 year old front drive model powered by a ground-breaking 16 valve engine built in a climate of industrial anarchy, cost-cutting and destructive internal rivalries.

As the collapse of local Leyland operations quickly eliminated the Marina and P76 from local production, Leyland Australia had to move quickly to add more imports to its Australian range. The August 1975 arrival of the Triumph Dolomite Sprint with its unique 16 valve engine and yellow-only livery injected some four cylinder excitement into a range based entirely on updated 1960s models. In a bizarre reversal of the global switch to front drive, the Sprint itself was a rear drive version of a 10 year old front drive model originally conceived as a Triumph Herald replacement.

Leyland Australia press ads in 1975 offered a Jaguar XJ6/12 Series II, the AMI-assembled Triumph 2500 TC, two versions of the Dolomite, the ageing TR6 roadster, the Triumph Stag and the last of the Rover P6B 3500 V8 models. The Range Rover was also making a name for itself after taking several years to reach Australia. And the locally assembled Mini Clubman and Moke faced fierce new competition from Japan.