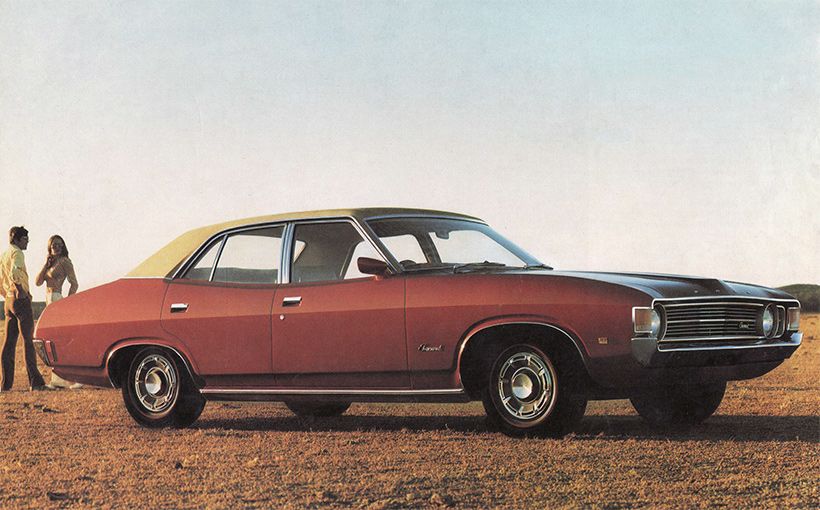 Although the XA Falcon profile raised the bar in early 1972, the detailing on all XA Falcon levels was widely regarded as a step backwards over the beautifully detailed XY Falcon range. This top of the range Fairmont was up against the striking four headlight HQ Premier.

1972-73 Ford XA Falcon: The Accidental Aussie Falcon
There was a good reason why the XA Falcon was delayed until March 1972, arriving well after its equally new Holden and Valiant rivals of 1971. The same US mindset that delivered the puffed-up VH Valiant and Leyland P76 assumed the Fairlane-sized entry level Torino would replace the local Falcon just as it did in the US. The all new local Falcon program almost happened by accident after this Torino-derived Falcon was rejected.