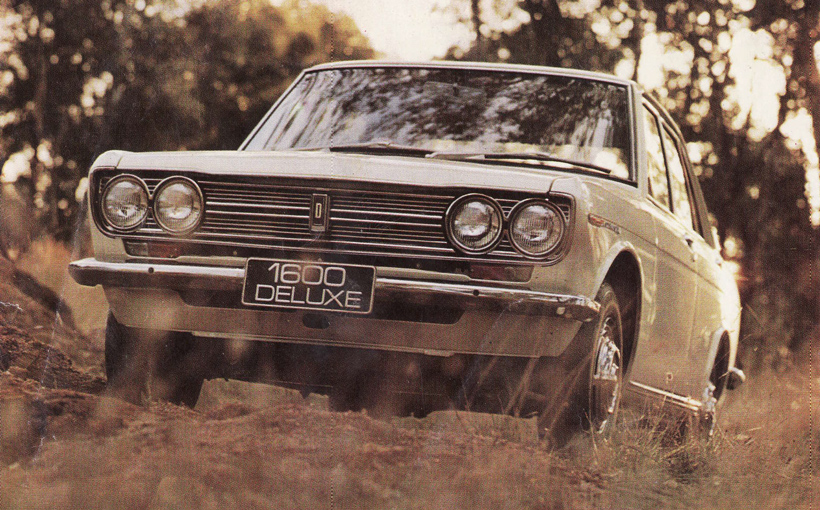 This Australian brochure cover photo for the Datsun 1600 establishes a very different context from its urban runabout positioning in the US. Note the centre grille badge and the more modern parallel wiper location from 1969.

On its February 1968 local release, the Datsun 1600’s specifications matched or bettered BMW then proved more reliable and rugged under local conditions. Despite the full force of Aussie trade barriers, the new Datsun’s $2050 import price was just $5 more than a locally-assembled Cortina 1300. Its performance and on road behaviour shamed the latest Cortina 1600 GT which cost a full 25 per cent more. The Datsun 1600 is rightfully listed globally as a 20th century game changer, with the benefit of hindsight.

The Datsun 1600 was initially met with confusion. Similar to the reaction the HQ Holden generated in 1971, Australians didn’t know how to respond to a car that simply did not add up for a Datsun in 1968. Because Japan had already served-up several new models with extra complexity that didn’t deliver, buyers were justifiably wary.