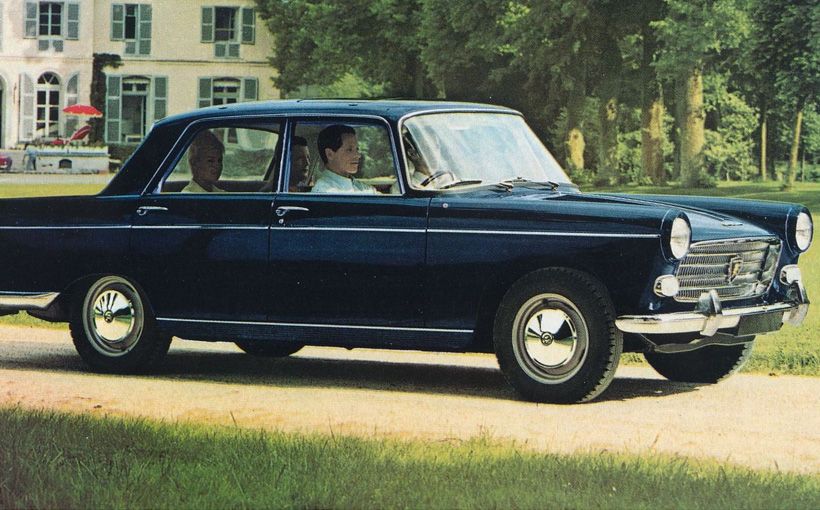 Even if the 404 shape was already familiar on the Fiat 1800/2100 and local BMC Morris Oxford/Austin Cambridge by 1959, it exuded a quality and attention to detail missing on the Italian and British models. Note the standard radial tyres, bolt-on hub caps, roof rack mounting points, side parking lights and ground clearance on this early version which first appeared in 1960 in France.

The new Peugeot 404 on its November 1962 local release was too easily dismissed as an overpriced and dated variation of the lookalike BMC Farina models released locally in 1959. Even after the word spread quickly that it raised the bar over the popular 403 by a big margin, buyers of the final local models in 1970 still had to endure jibes about it looking like an old Morris or Austin. For a 1960 French release, it was as crisp and modern as any new model of that year.

Design to Driveway - Volume 3 and Volume 4