VEHICLES ranging from large sedans, full-sized crossovers, hatchbacks and sportscars have all been given the electric treatment, but it seems only recently that the small-SUV space has started to charge up.

Hyundai launched its Kona Electric earlier this year, starting at $59,990 before on-road costs, while Toyota’s funky CH-R has been available in overseas markets with a hybrid powertrain since its release in 2017.

Weirdly, the premium brands have shied away from an electric compact crossover, but that could all change with Audi’s AI:ME concept possibly foreshadowing a new emissions-free small SUV. 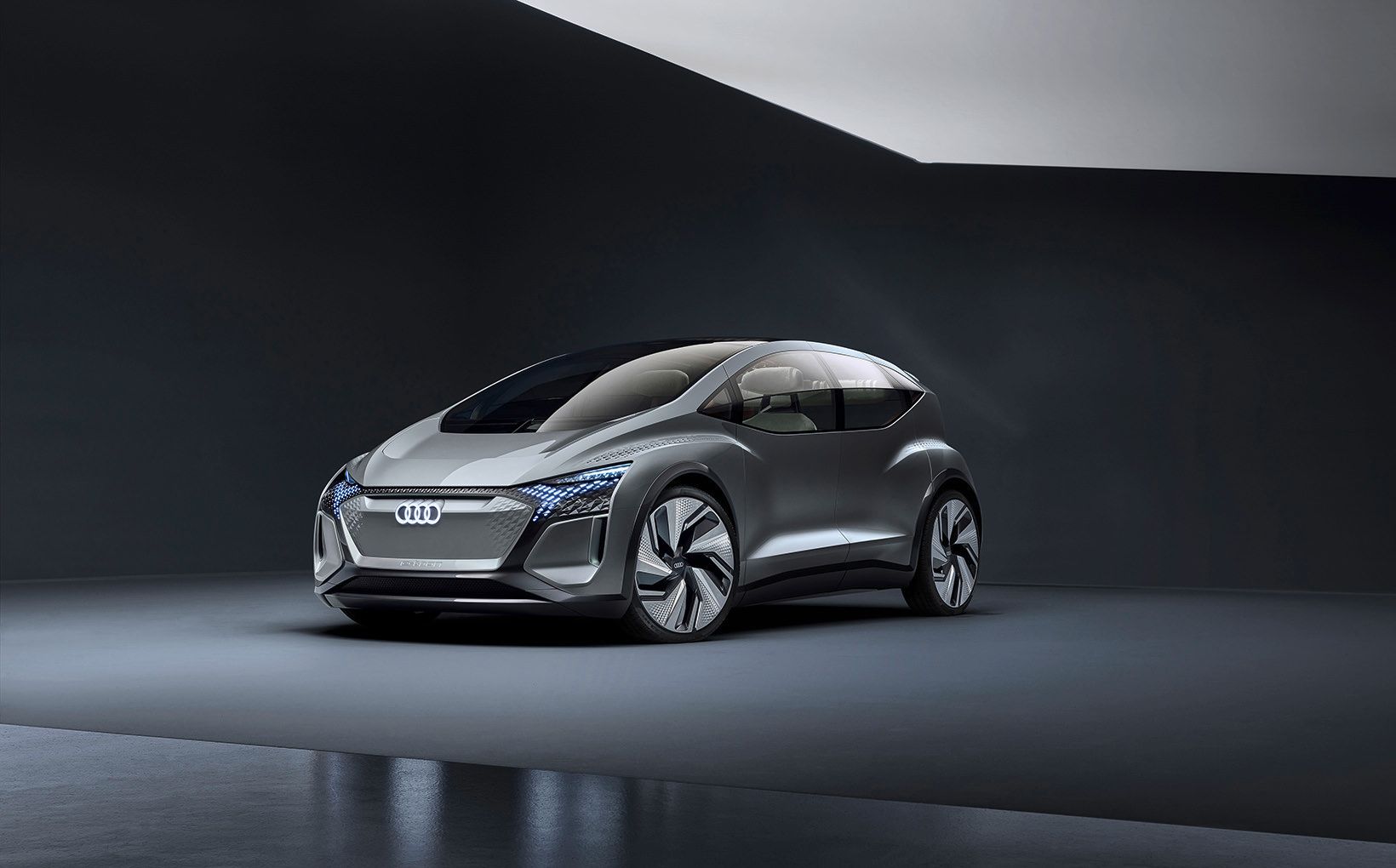 Audi revealed the AI:ME in Shanghai, one of the largest cities in the world, foreshadowing its future use in such a large urban sprawl.

Taking centre stage at this year’s Shanghai motor show, Audi’s latest concept vehicle could very well be found on the city streets in the early 2020s.

Befitting a small, inner-city crossover, the AI:ME sports diminutive exterior dimensions but also a roomy interior and clever packaging for up to four occupants and some luggage. 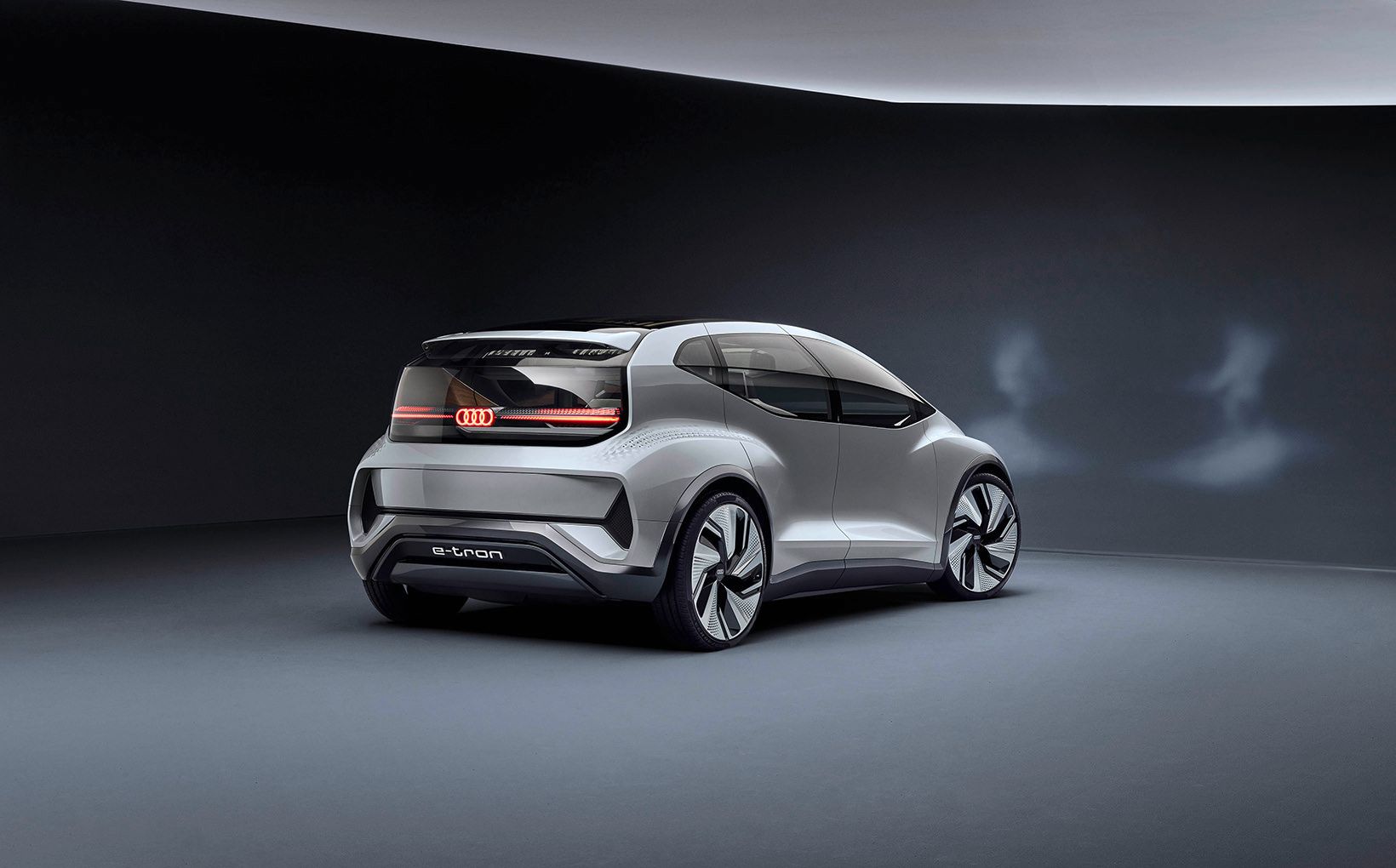 As an inner-city runabout of the future, the emissions-free Audi AI:ME is powered by a small 125kW electric motor and 65kWh battery combo.

Power comes courtesy of a rear-axle-mounted electric motor capable of 125kW, while the 65kWh battery pack positioned under the floor should be good for a respectable driving distance.

And, of course, can a concept that looks this futuristic be complete without featuring some sort of autonomous technology?

In the AI:ME’s case, it is Level 4 self-driving capable, which means the steering wheel and input controls can be folded up and away to create more space for occupants. 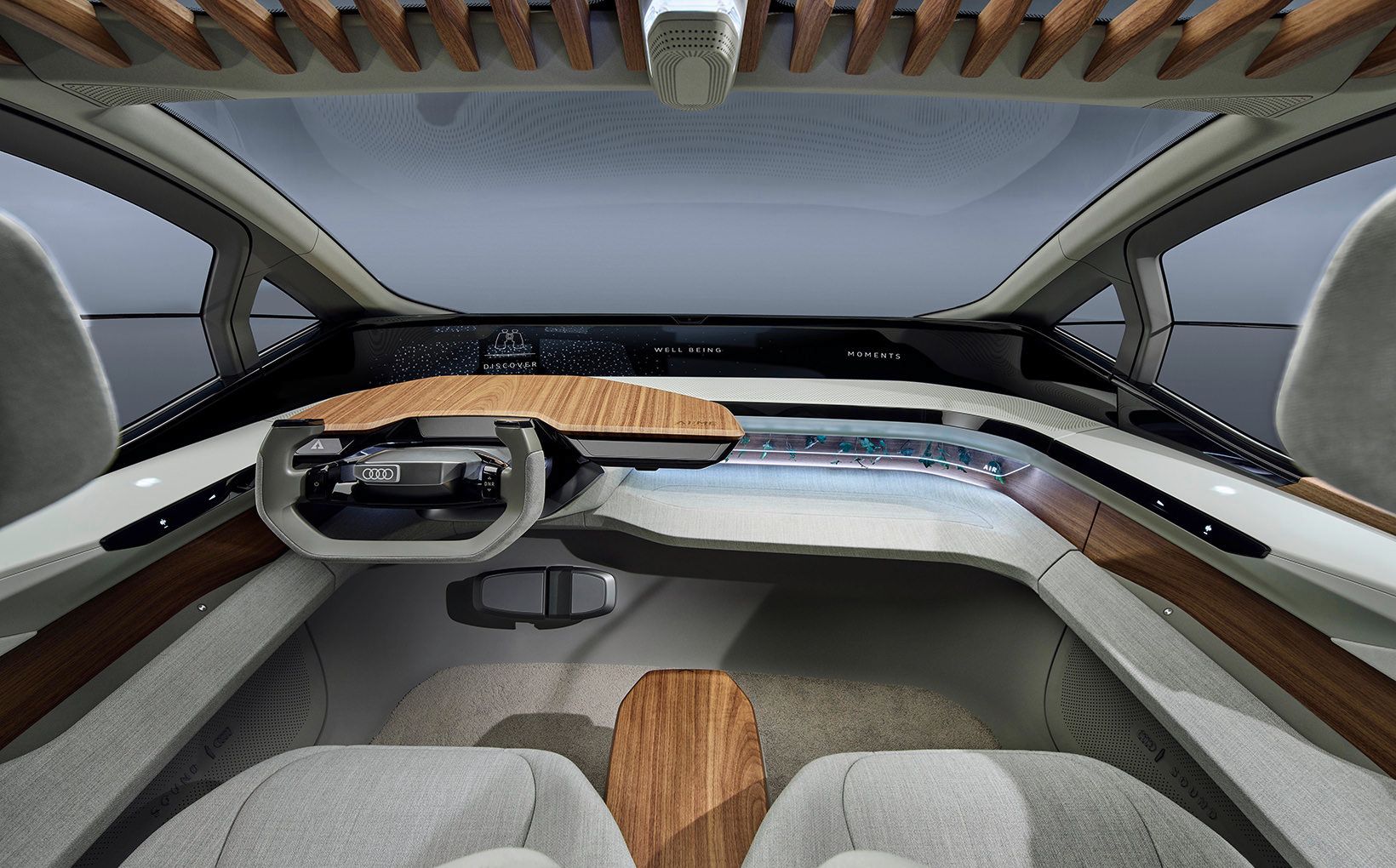 As an all-electric ‘2-plus-X-seater’, occupants can reposition three of the four seats in the Audi AI:Me to suit their needs.

All seats – barring the driver’s pew – can also be transformed into various positions or folded away to create more storage space for an arrangement Audi dubs a 2-plus-X-seater.

The cool tech doesn’t just stop there, either, with features such as AI-based bio-signal recognition that allows input functions via eye movement, active noise control and an bleeding-edge virtual reality infotainment system.

Even the exterior is tech-laden thanks to a seamless glasshouse, intelligent LED lighting elements and lightweight body materials. 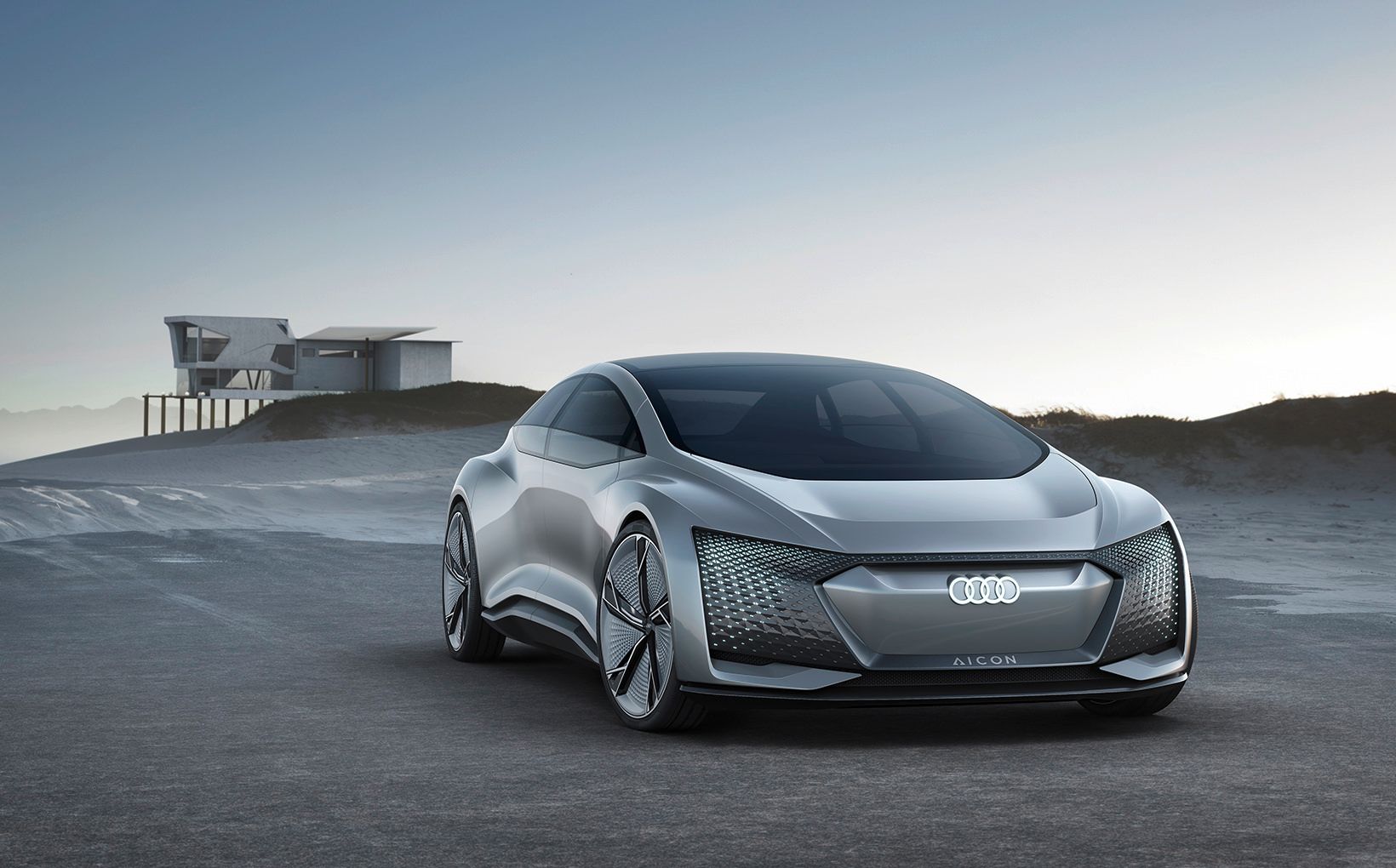 As a large, fully autonomous limousine, the Audi Aicon of 2017 inspired the aesthetic of the AI:ME as well as the technology.

Although the AI:ME looks ground-breaking in design, it actually draws much inspiration from the Aicon concept car from the 2017 Frankfurt motor show.

However, the Aicon is significantly larger due to its Level 5 self-driving technologies (no steering wheel or pedals) that make it much more robo-taxi than city runabout.

The Aicon is also more powerful with two electric motors combining for a 260kW/550Nm output, and cutting edge thanks to a wireless recharging system that can top up 80 per cent of battery capacity in just 30 minutes. 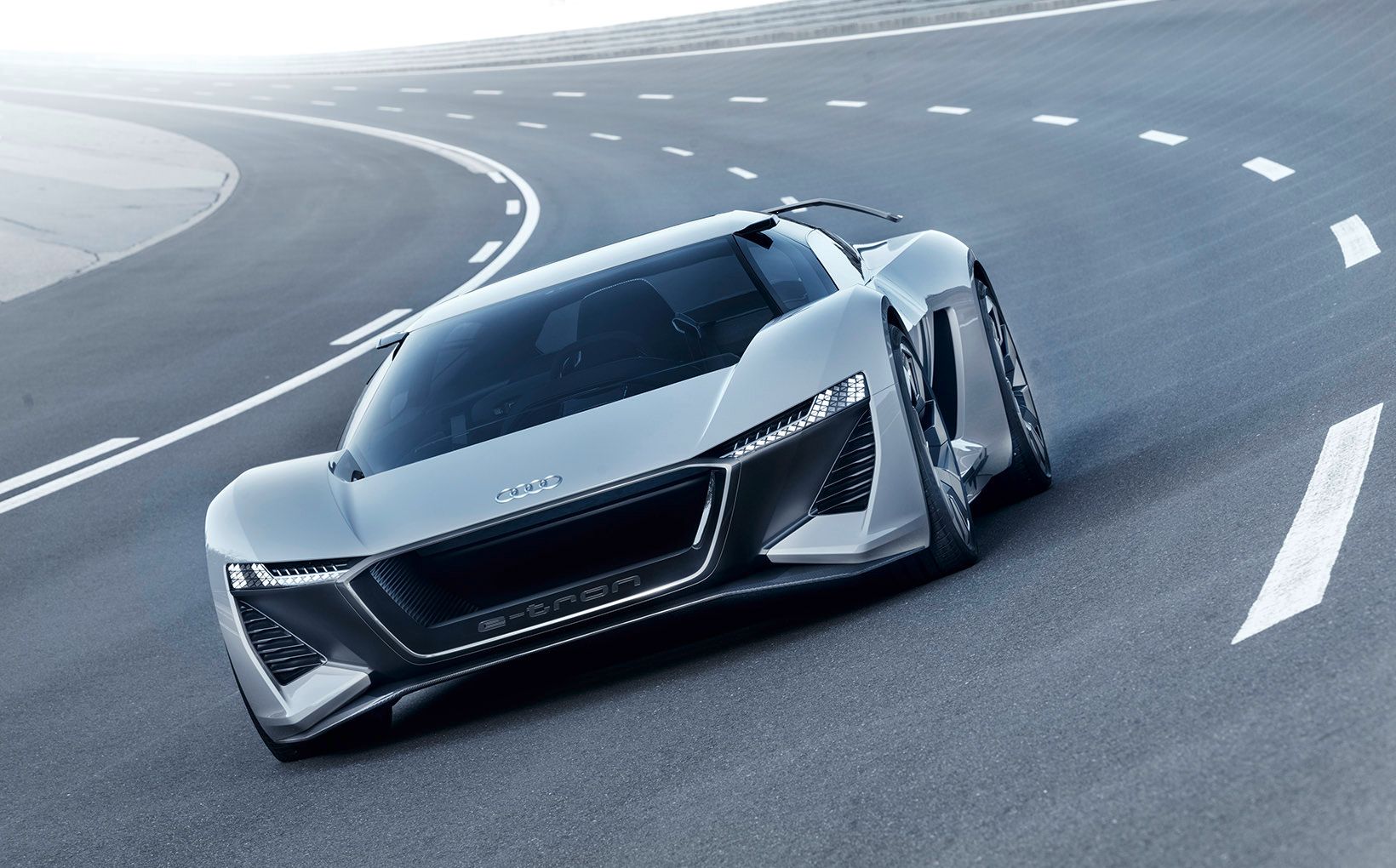 Proof that not all electric cars have to be boring, the Audi PB18 e-tron could take the R8 nameplate into the emissions-free future.

Not all of Audi’s electric concept vehicles are as sedate as the AI:ME and Aicon though, with the PB18 e-tron concept of last year pointing the way forward for a new-generation R8 supercar.

With 570kW/830Nm available under the right foot, Audi says the PB18 will demolish the zero-to-100km/h spring in just over two seconds – wow!

The future certainly looks electric for Audi – and the rest of the automotive industry – but does that make you excited to see what tomorrow brings?