Remember the good old days when sedans were sedans and coupes were coupes? We sure do, but it’s quickly becoming a distant memory.

See, once the Germans worked out they could make ‘coupes’ out of traditional sedans and wagons, the automotive world went mad. 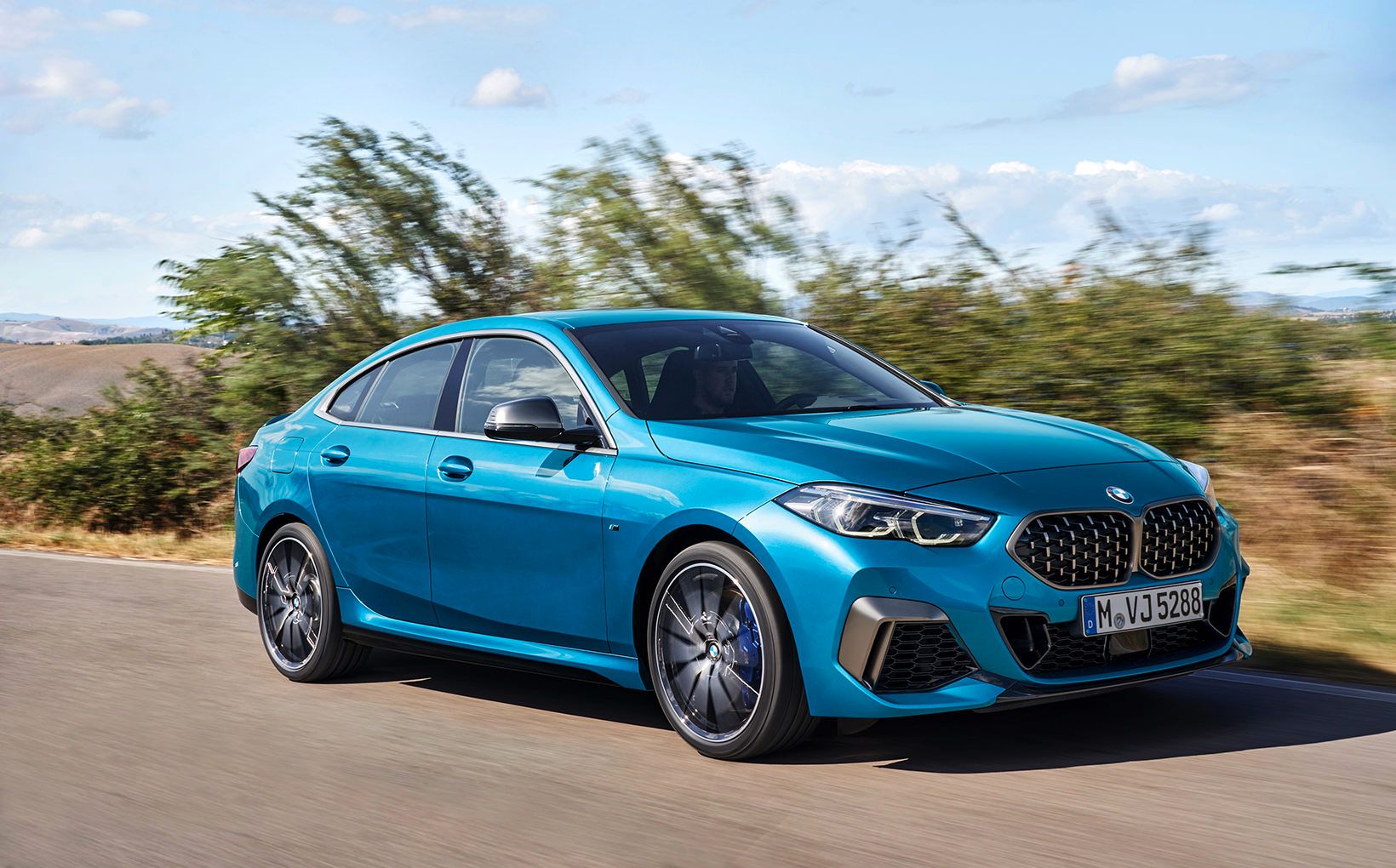 The 2 Series Gran Coupe has a much more conservative front fascia than the new 1 Series hatch, but it’s still rather sporty.

Perhaps BMW is the guiltiest of the bunch, having given the world the X4, X6 and aptly named Gran Coupe versions of the 4 Series, 6 Series and 8 Series – all in the past decade and a half.

Well, the Bavarian brand isn’t done yet… enter the 2 Series Gran Coupe, first of its name. You can thank Mercedes-Benz’s popular CLA for this one as BMW has been without a sloped-back offering in the small-car segment for the past seven years.

Styling-wise, the 2 Series Gran Coupe isn’t much of a surprise, sporter a faster roofline than your traditional sedan. Ironically, though, the front fascia is much more conservative than that of the latest 1 Series hatch, which is a bit of an odd ball. 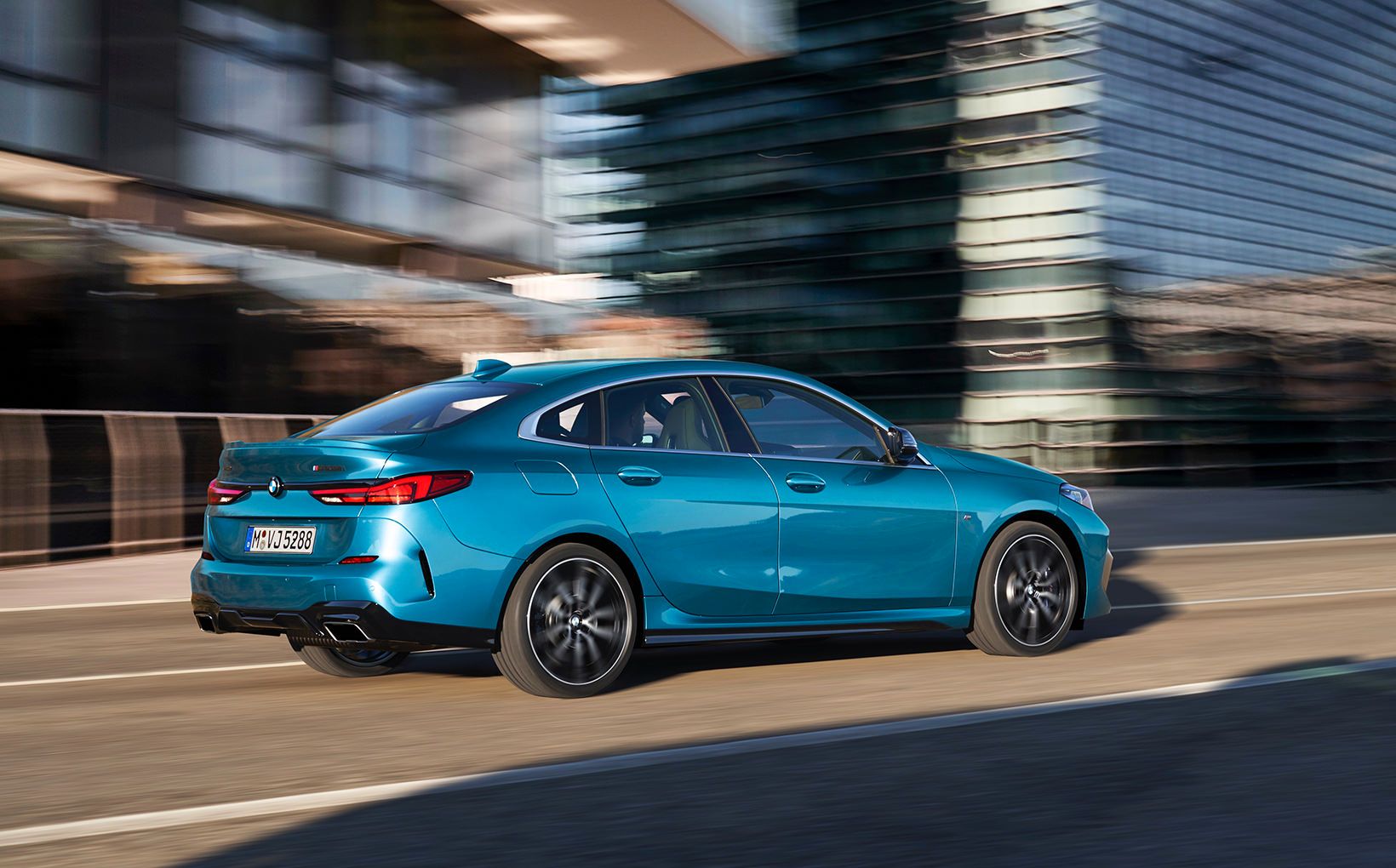 While the slimline tail-lights are familiar, the gloss-black horizontal bar linking them isn’t, giving this sedan a unique look.

The rear end is more of a departure from the norm, with the slimline tail-lights shared with the X4 and X6 but differentiated by a gloss-black horizontal bar that connects them and bisects the rear ‘BMW’ badge.

Measuring 4526mm long and 1800mm wide, the 2 Series Gran Coupe is 94mm longer and 26mm wider than the current 2 Series coupe, which is a genuine coupe in every sense of the word.

The 2 Series Gran Coupe’s 2670mm wheelbase is identical to that of the 1 Series hatch, which is no surprise as the two ride on the same UKL2 platform. 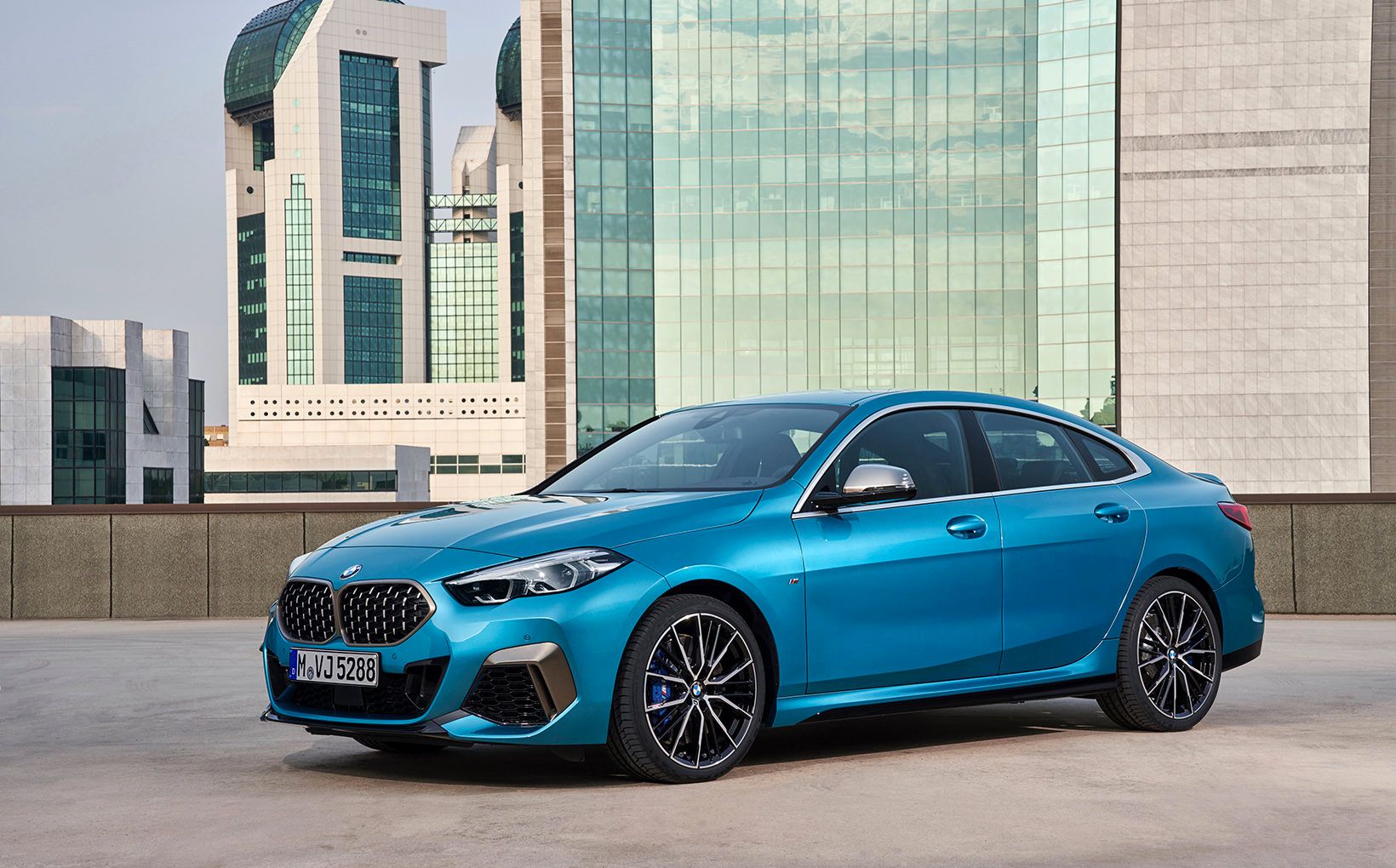 Like the latest 1 Series hatch, the 2 Series Gran Coupe rides on BMW’s UKL2 platform that supports both front- and all-wheel drive.

While the 2 Series coupe is 20mm longer between its axles, it doesn’t rival the 2 Series Gran Coupe for practicality, especially when it comes to space in the second row.

And behind the rear bench is a very handy 430L of cargo capacity. Not enough for you? Fold the 40/20/40 split-fold second row flat and reveal an even larger storage area.

The interior is a familiar affair if you’ve spent any time in the 1 Series hatch, which again makes sense given the platform sharing going on here. The large digital instrument cluster and central touchscreen are sure to draw all of the attention, though. 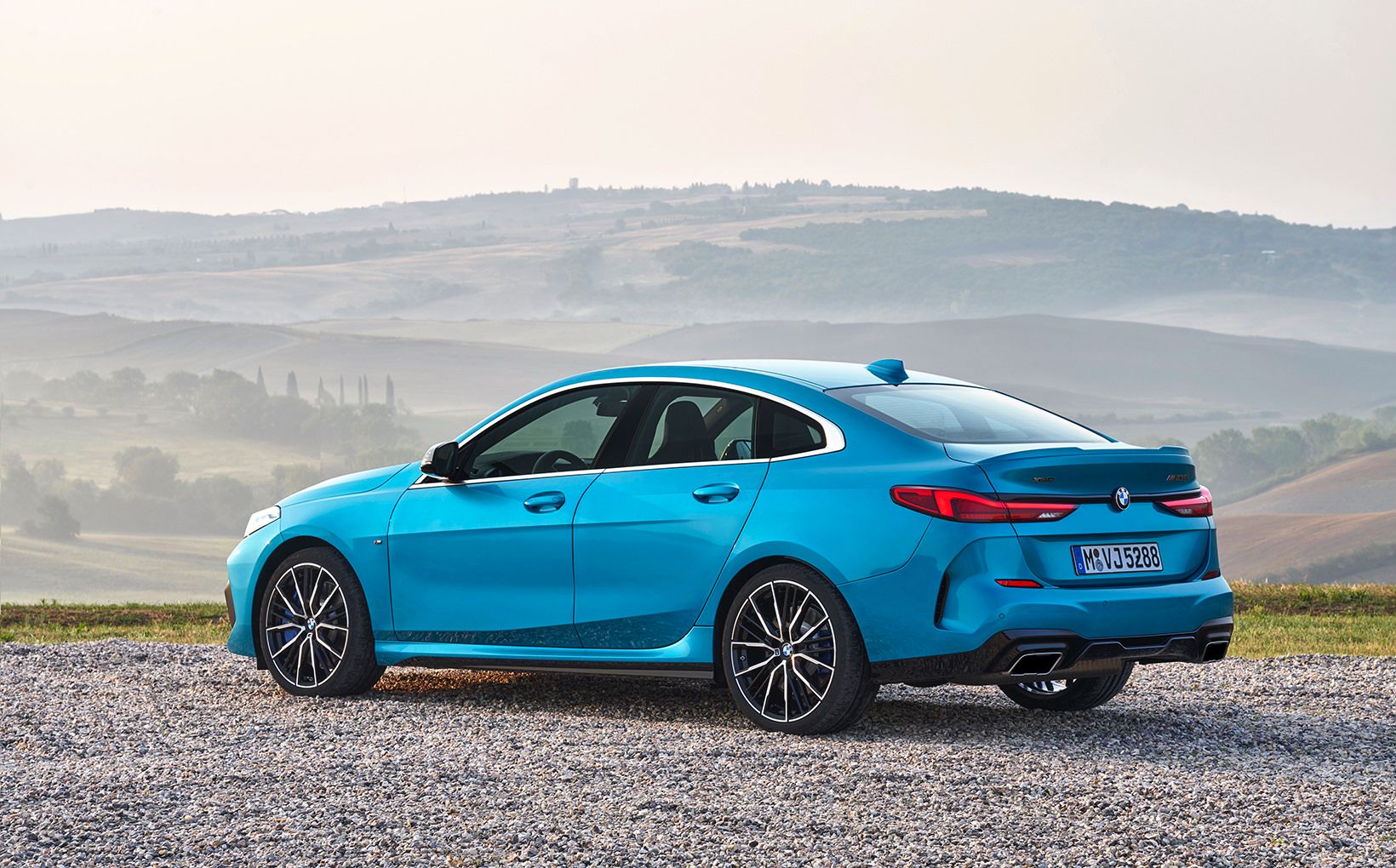 The performance-focused 225kW/450Nm M235i is the only member of the 2 Series Gran Coupe to be detailed so far.

While the existing two-door 2 Series range is rear-wheel drive – and is expected to remain so when the next-generation coupe and convertible arrive next year – the four-door Gran Coupe is a front-wheel-drive proposition. Well, mostly.

As always with a BMW, the 2 Series Gran Coupe will be available in multiple flavours, most of which will be FWD. However, the model’s performance flagship, the M235i, goes a step further with the familiar xDrive all-wheel-drive system.

Either way, the marque is promising the sporty handling of a RWD model thanks to the “careful integration of BMW’s latest front-wheel-drive architecture with sophisticated chassis engineering and innovative technologies”. 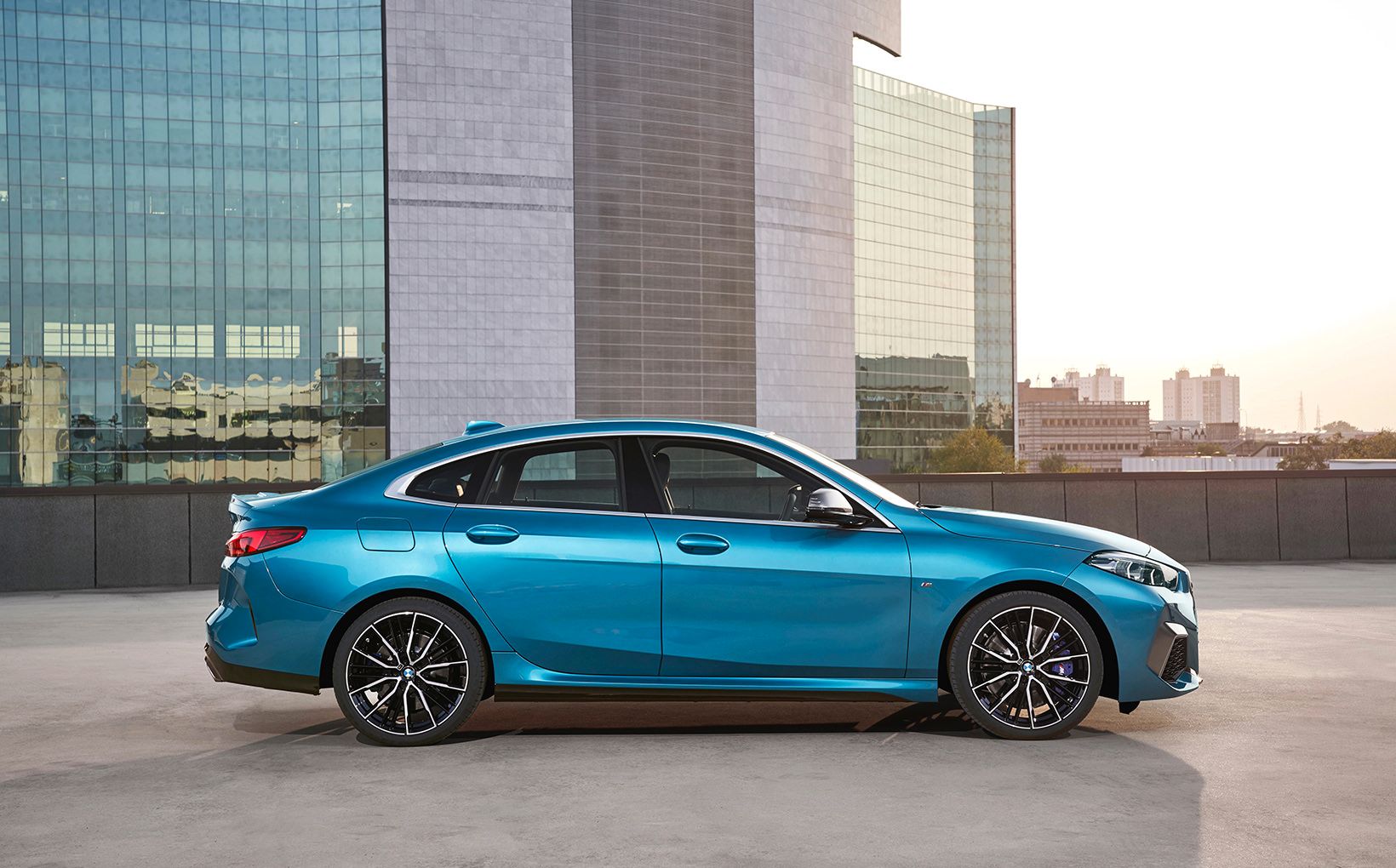 True to its name, the 2 Series Gran Coupe has a faster roofline than a traditional sedan, appealing to the style-conscious.

Time will tell if the 2 Series Gran Coupe lives up to this claim, but what we do know is its M235i form – the only variant to be detailed so far – will come packing a formidable punch.

Straight out of the mechanically related M135i, the M235i is motivated by a 2.0-litre turbo-petrol four-cylinder engine that punches out a healthy 225kW of power and 450Nm of torque.

With an eight-speed torque-converter automatic transmission swapping gears, the M235i can sprint from standstill to 100km/h in a scant 4.9 seconds and likely onto an electronically limited top speed of 250km/h. 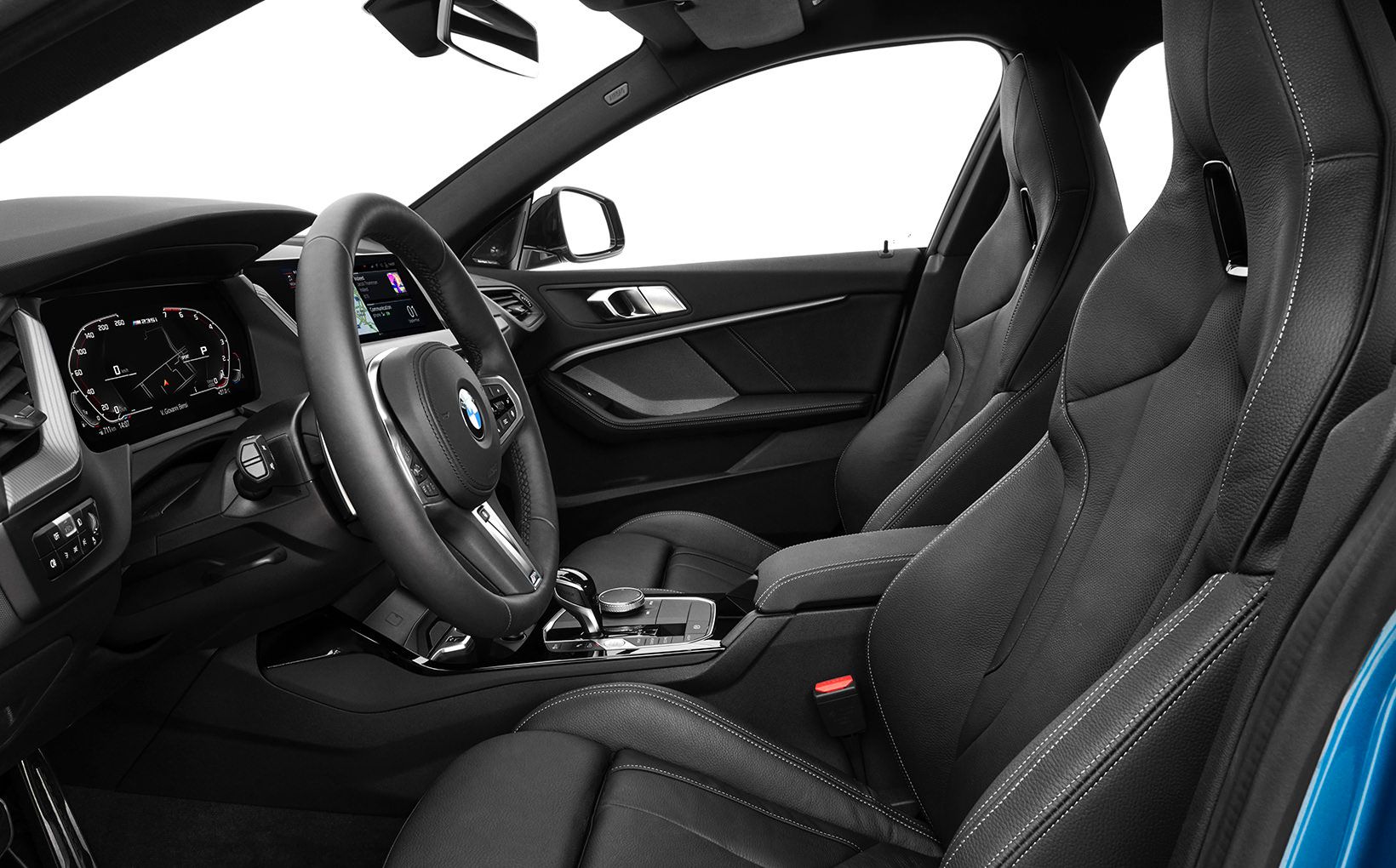 Inside, the 2 Series Gran Coupe is instantly familiar as it shares most of its bits with the soon-to-be-launched 1 Series hatch.

Needless to say, the M235i will make a formidable rival for AMG’s 225kW/400Nm CLA35 that is mated to a sportier seven-speed dual-clutch unit, which is partly responsible for its 0.2s advantage in the triple-digit sprint.

Conscious of the environment instead? A plug-in hybrid 225e is expected to be part of the 2 Series Gran Coupe line-up alongside a variety of frugal three- and four-cylinder internal-combustion engines.

Aussies won’t have to wait long to get into the 2 Series Gran Coupe, with a local launch set for early next year. But before that, the new model will make its international debut at next month’s Los Angeles motor show. 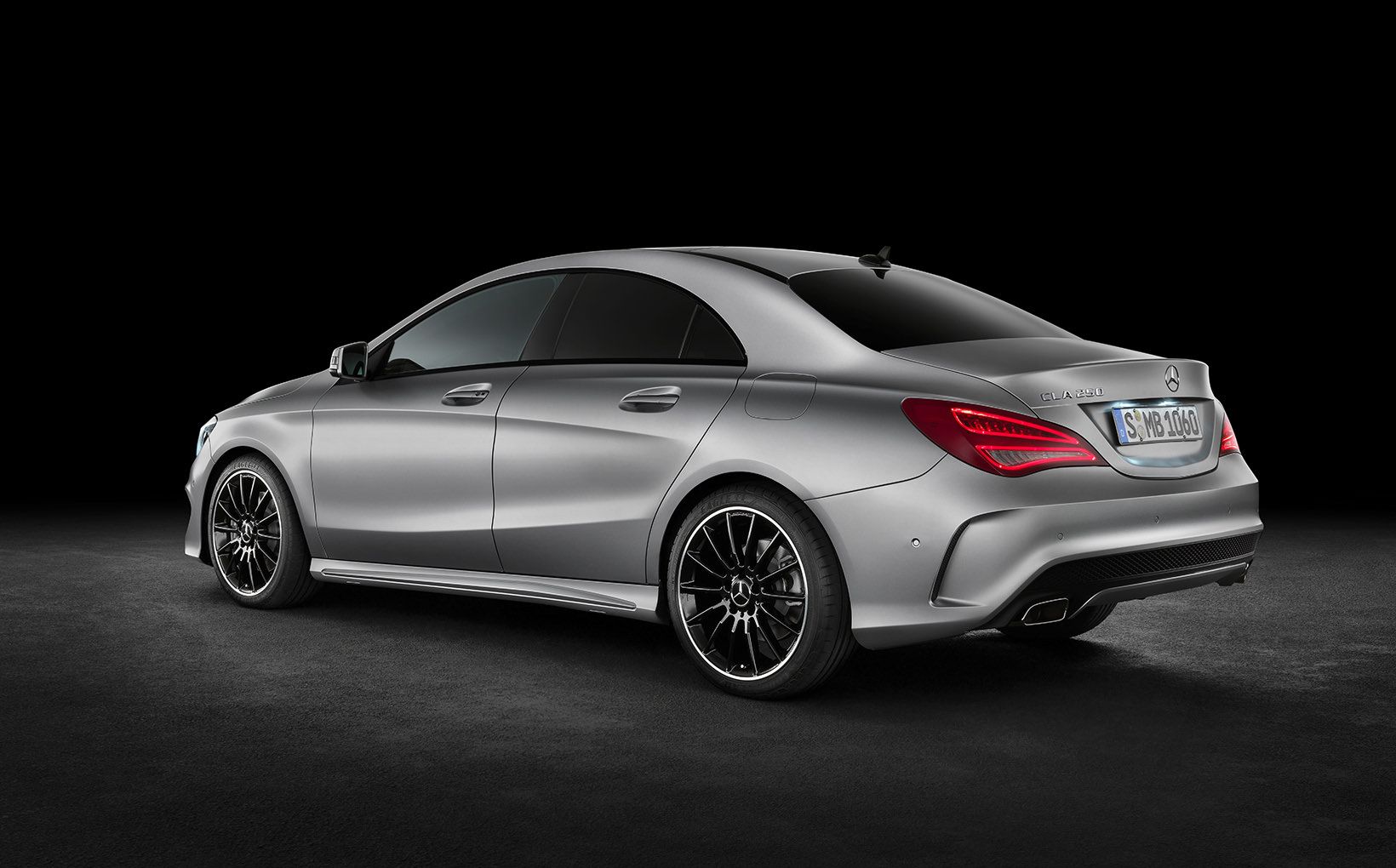 Not a fan of sloped-back sedans called ‘coupes’? Blame Mercedes-Benz and its CLA that brought them to the mainstream.

The big question is, though, will buyers take to the 2 Series Gran Coupe to the same degree as the CLA? Given than a 1 Series sedan isn’t on the horizon Down Under anytime soon, we suspect they won’t have any choice if they want a small four-door sedan from BMW.

Until then, we’ll ponder if high-performance division BMW M will surprise us with a piping-hot M2 Gran Coupe. The M8 Gran Coupe was only revealed earlier this month, so there’s a precedent…