BMW goes back to the future with Vision M Next 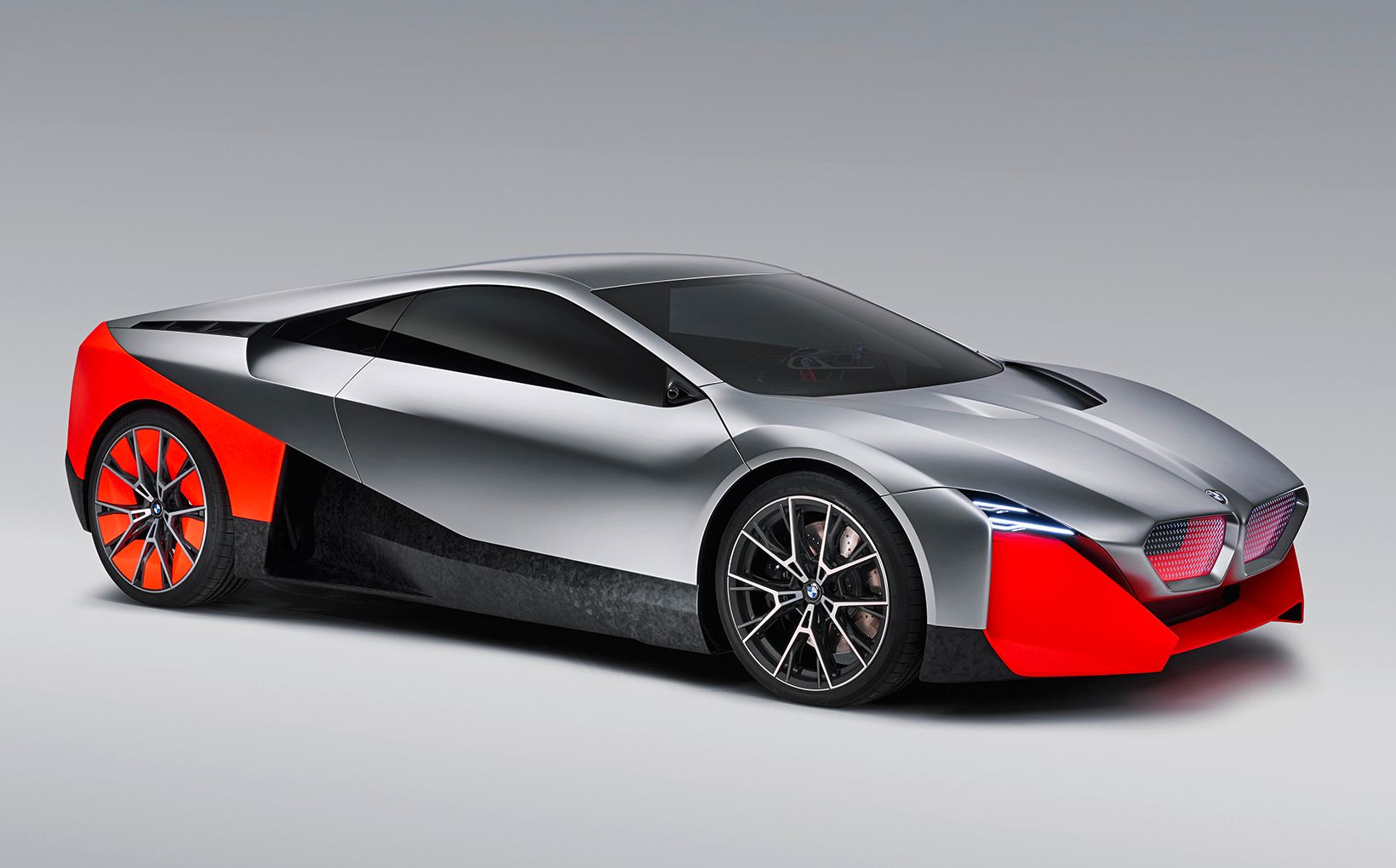 UNLIKE arch-rival Mercedes-Benz, BMW has resisted the urge to get back into the supercar game, but if the futuristic Vision M Next concept is anything to go by, it appears that it will not be able to hold on for much longer.

And if you’re looking at these images of the Vision M Next and thinking, ‘Wow. There’s a hell of a lot of BMW’s most recent supercar, the M1, in that design’, then you’d be right.

Needless to say, BMW has gone back to the future to preview what the next crop of vehicles from its M performance division will be about. Read: plug-in hybrids with lots and lots of power.

We’ll get to the Vision M Next’s M1-inspired exterior design in a moment, as it would be remiss of us not to get the headline performance figures out of the way first.

While its mid-mounted 2.0-litre turbo-petrol four-cylinder engine hardly seems like it will do any damage on a track day, the punch that the Vision M Next packs becomes more apparent when you realise that this unit is paired with not one, but two electric motors.

With one mounted up front and the other at the rear, the Vision M Next can be operated in front- and all-wheel-drive modes, all at the push of a button. 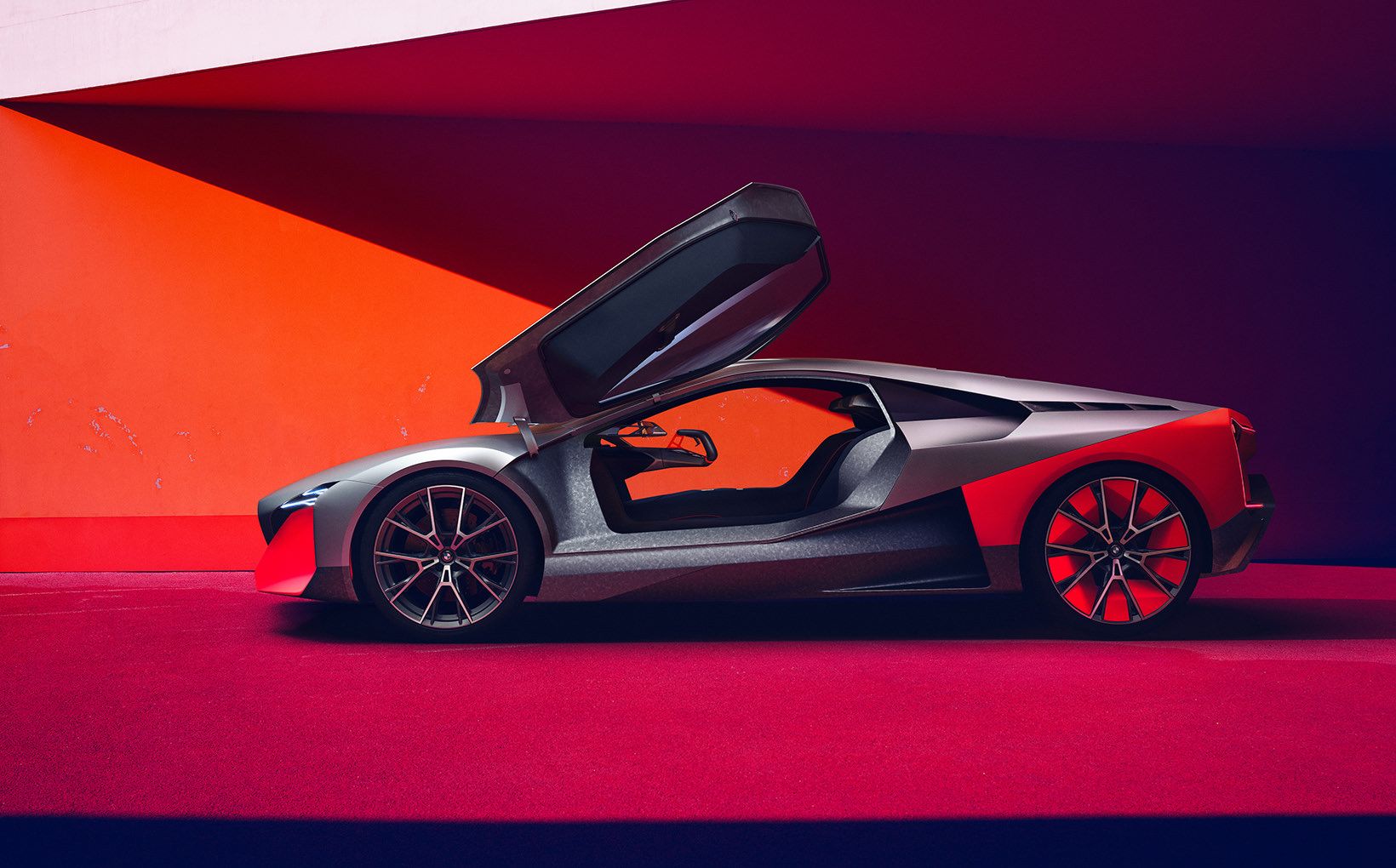 With a pair of dihedral doors, the Vision M Next makes it easy for drivers and passengers alike to climb inside and experience its petrol-electric performance.

Combined maximum power? Try 440kW on for size – a figure that leaves the Vision M Next only 20kW astray of BMW’s current output champion, the 460kW M5 Competition sedan.

Step on the right pedal from the get-go and the Vision M Next will reach 100km/h in about three seconds while on its way to a top speed of 300km/h – a healthy 50km/h uptick over BMW’s usual factory limiter.

But the Vision M Next is not just about straight-line performance, it is also a plug-in hybrid, which means it is kinder to the environment than your run-of-the-mill supercar. In fact, it has a pure-electric driving range of 100km! 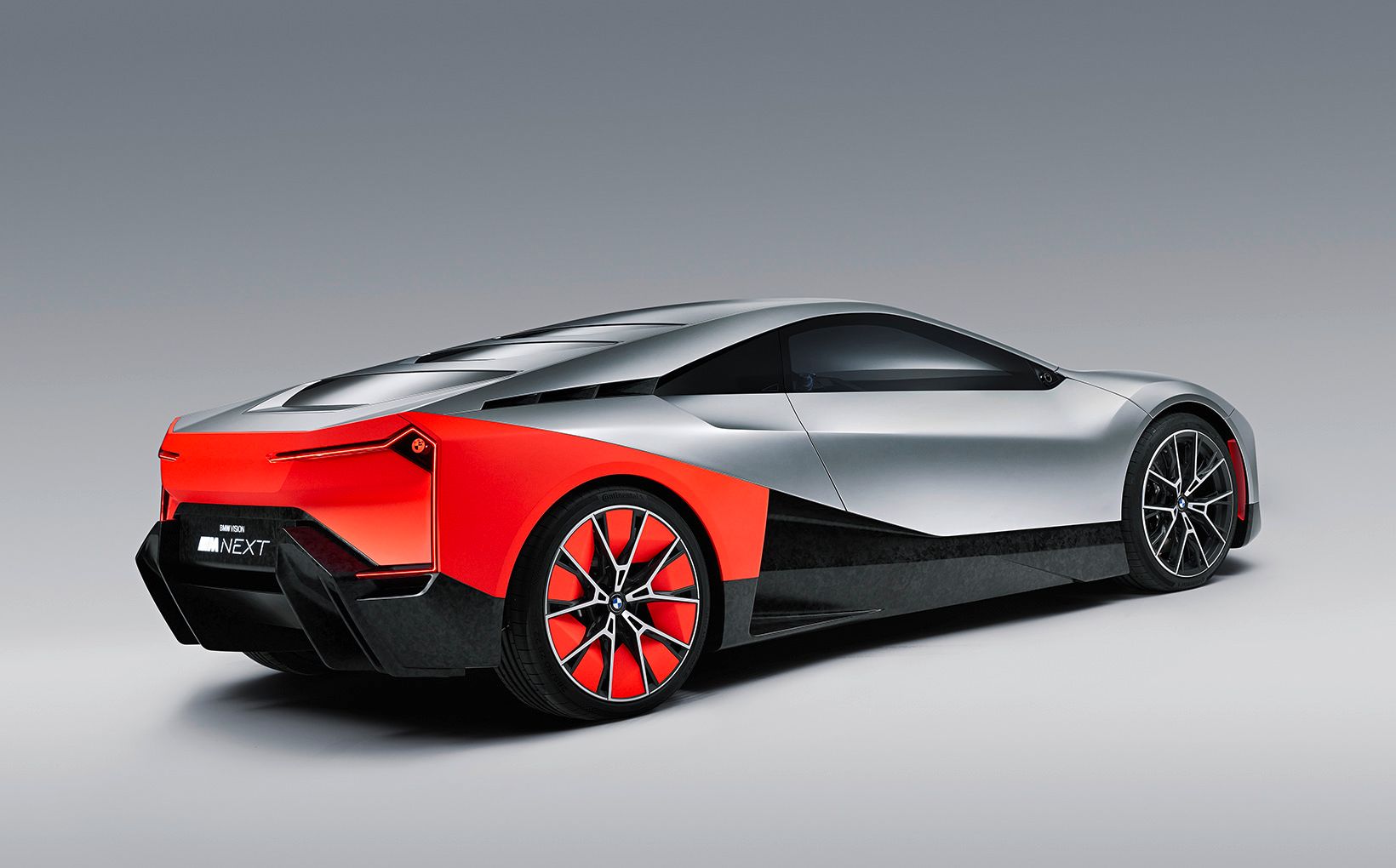 The resemblance between the M1 and the Vision M Next is striking at the rear end, with both featuring horizontal engine-cover louvres and tail-light roundels.

If you’re anything like us, you are salivating by now. Shut up and take my money! But this is a concept, so it may never see the light of day as a production model… or it could be one of the 25 electrified models BMW is promising to release by 2023.

British automotive publication Autocar certainly believes the latter is the case, reporting that the Vision M Next will be produced as a limited-edition supercar which serves as a precursor to the second-generation i8 that will use much of the same technology.

While the 266kW i8 is considered to be the spiritual successor to the M1, the performance served up by its 1.5-litre turbo-petrol three-cylinder engine and dual electric motors is widely considered to be a little too soft. 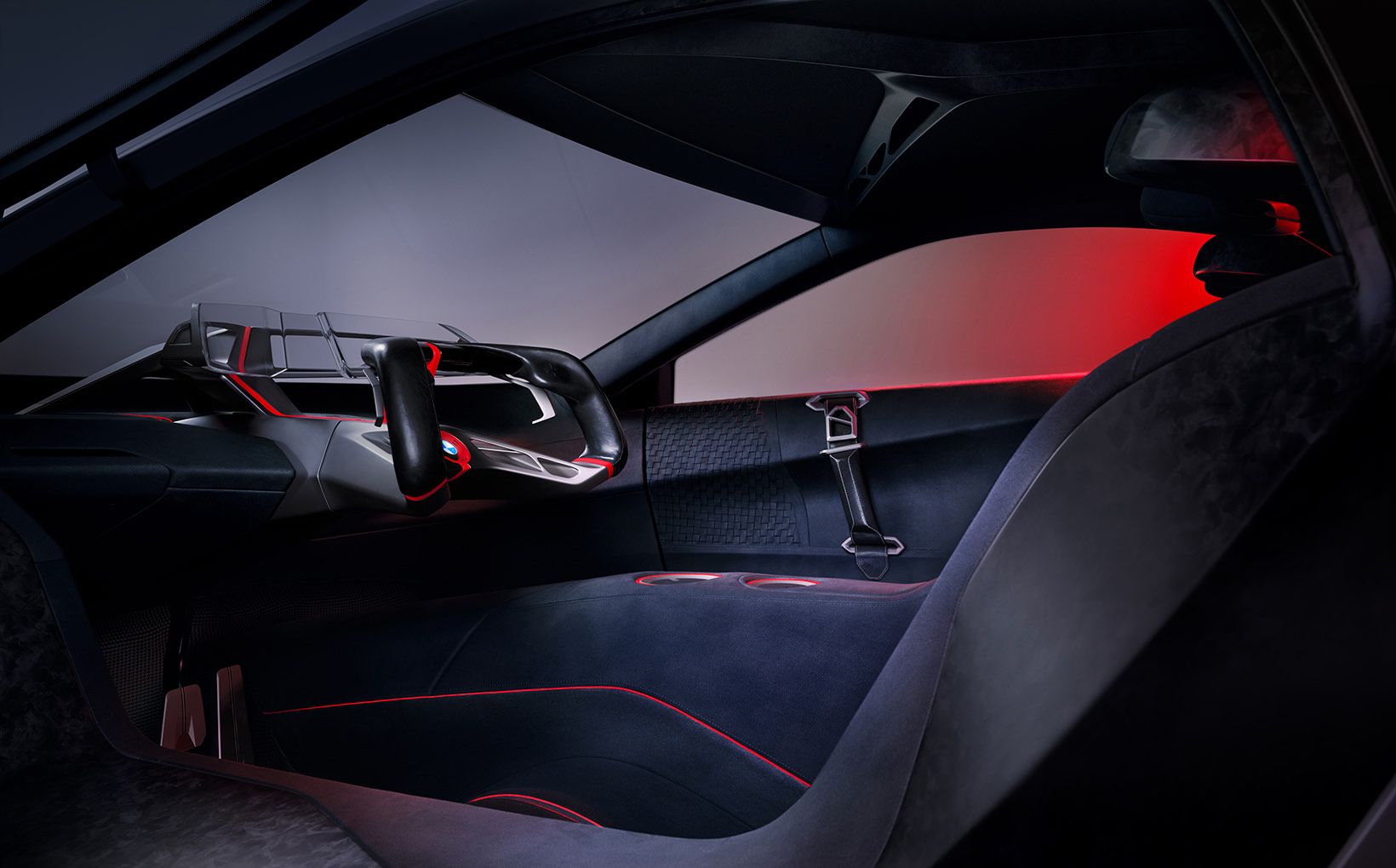 Inside, the Vision M Next makes its presence known as a 21st-century vehicle, sporting an oddly shaped steering wheel that suggests support for autonomous driving.

Speaking of the M1, you can see it, can you not? That familiar wedge shape of the coupe is there like it never quite left. There are the minor details, too, such as the horizontal louvres of the engine cover and the roundels in the tail-lights. It all feels quite homely.

But that is where the comparisons stop, because while the Vision M Next is a nice tribute to the M1, in many regards, it is on a whole other level. Just look at the former’s kidney grille – it is absolutely huge compared to the latter’s small nostrils!

Depending on who you ask, the M1’s pop-up headlights have also unfortunately not migrated to the Vision M Next, with it instead making do with two horizontal slits on either side. 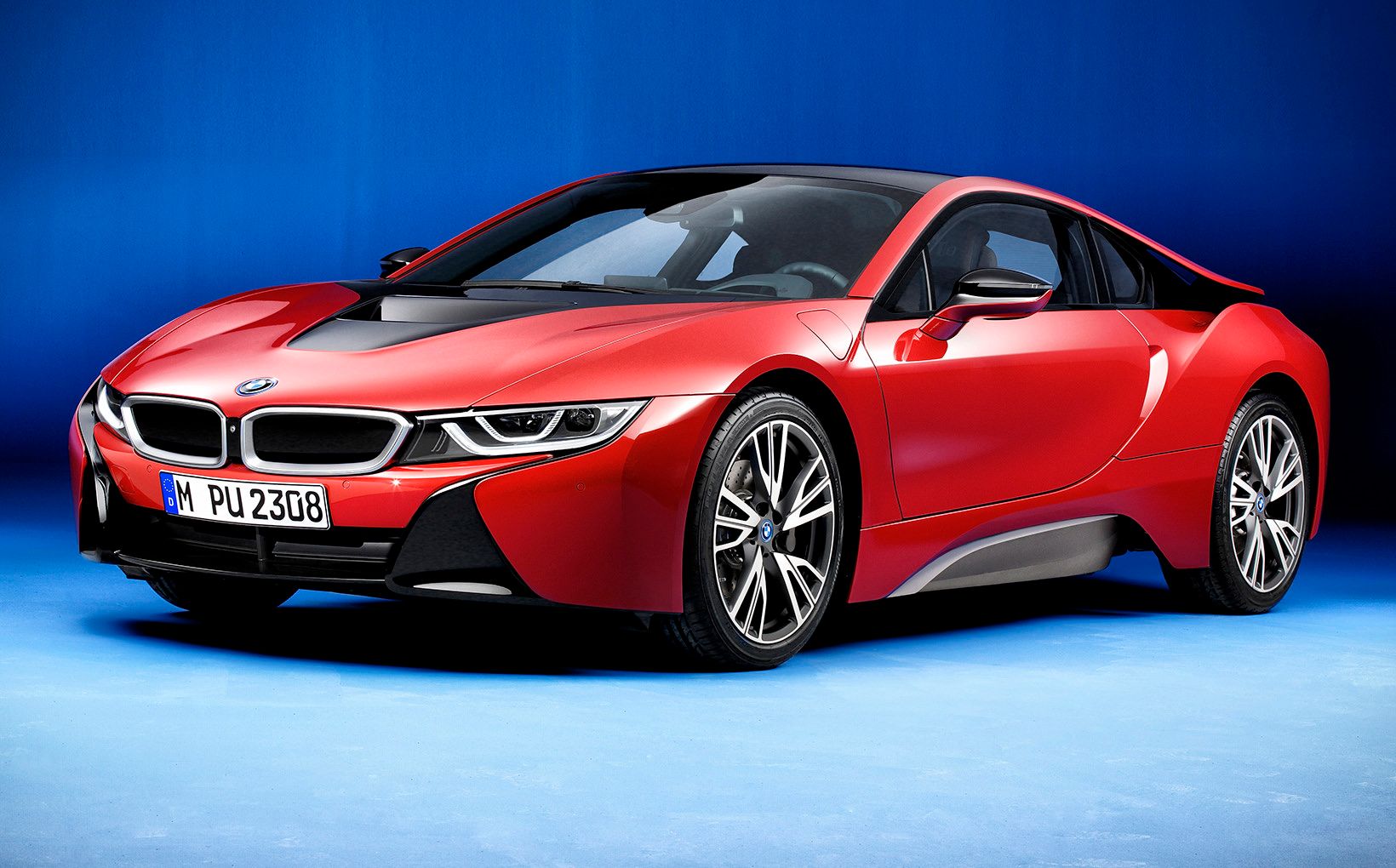 While the i8 is viewed as the spiritual successor to the M1, it has underwhelmed many pundits with the performance from its 266kW petrol-electric powertrain.

An even starker contrast is provided by the Vision M Next’s cabin, which is clearly way ahead of today’s game. Case in point, its two seats are integrated into its carbon-fibre tub, which means no adjustment for you.

Then there is the oddly shaped steering wheel that hints at some form of autonomous driving capability. Also, let us not forget the transparent digital instrument cluster. At least the two centre cupholders are easy to wrap your head around.

And then there is the small matter of the M1’s mid-mounted 3.5-litre inline six-cylinder engine that ‘only’ punched out 204kW of peak power and 330Nm of maximum torque. But we are talking about 1978, though. 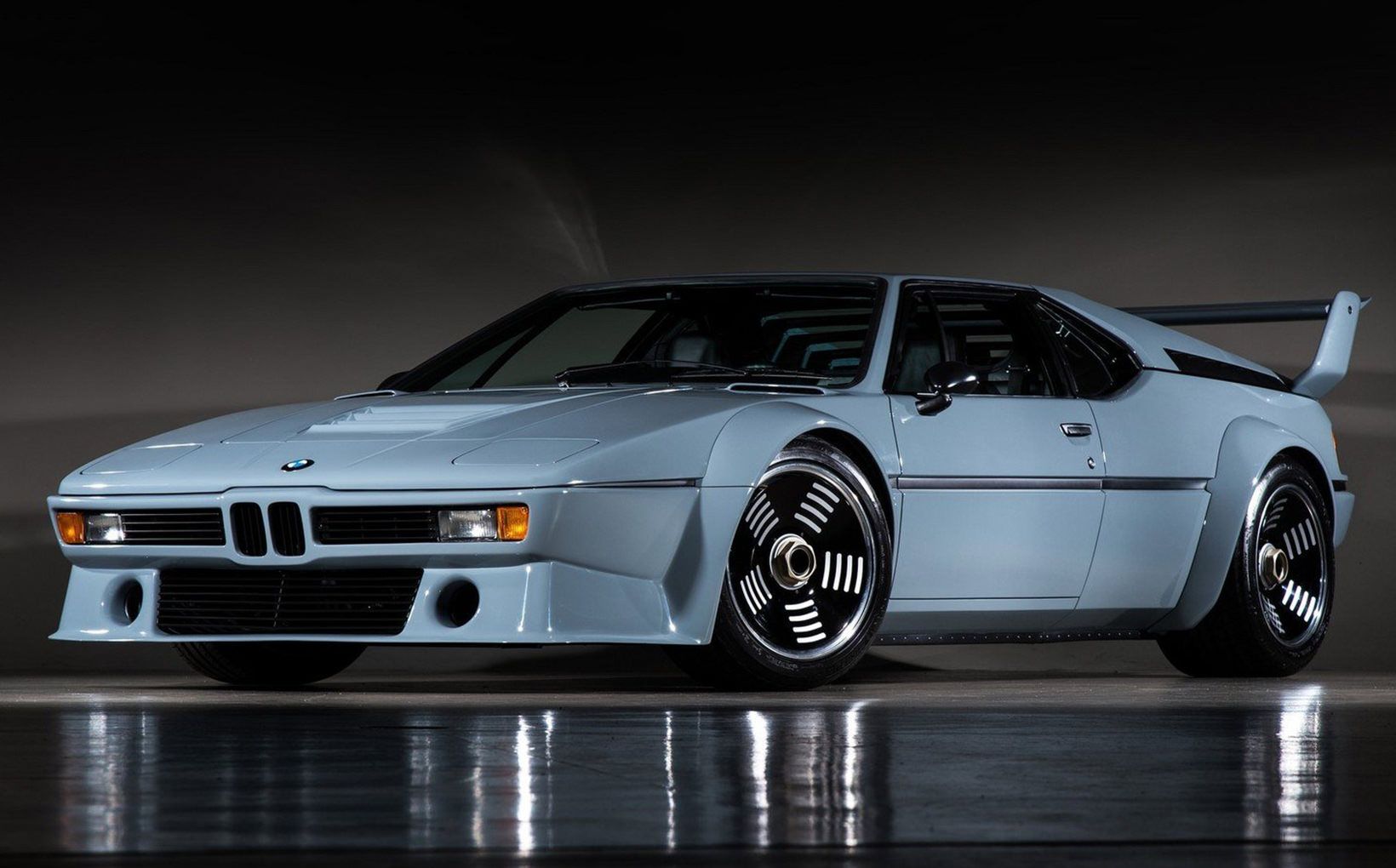 Only 453 examples of the M1 were produced between 1978 and 1981, making it one of the most collectable supercars in existence.

It goes without saying, then, that the M1 was nothing to be laughed at during its time. And with only 453 examples built during its four-year production run, it is a highly sought-after vehicle at the auctions.

So, it remains to be seen if a production version of the Vision M Next is able to live up to the legend of its M1 forebear, but given the i8 has not quite set the automotive world on fire, we would suggest BMW has learnt an important lesson or two.

Is it time to embrace the era of the electrified supercar? When the concepts are this tasty, we reckon it is time to bring on the real deal.