The very best of British style will be on display at Shannons Sydney Winter Auction on Monday (August 26), crowned by a superb 1920 Rolls-Royce Silver Ghost with a fabulous ownership history. 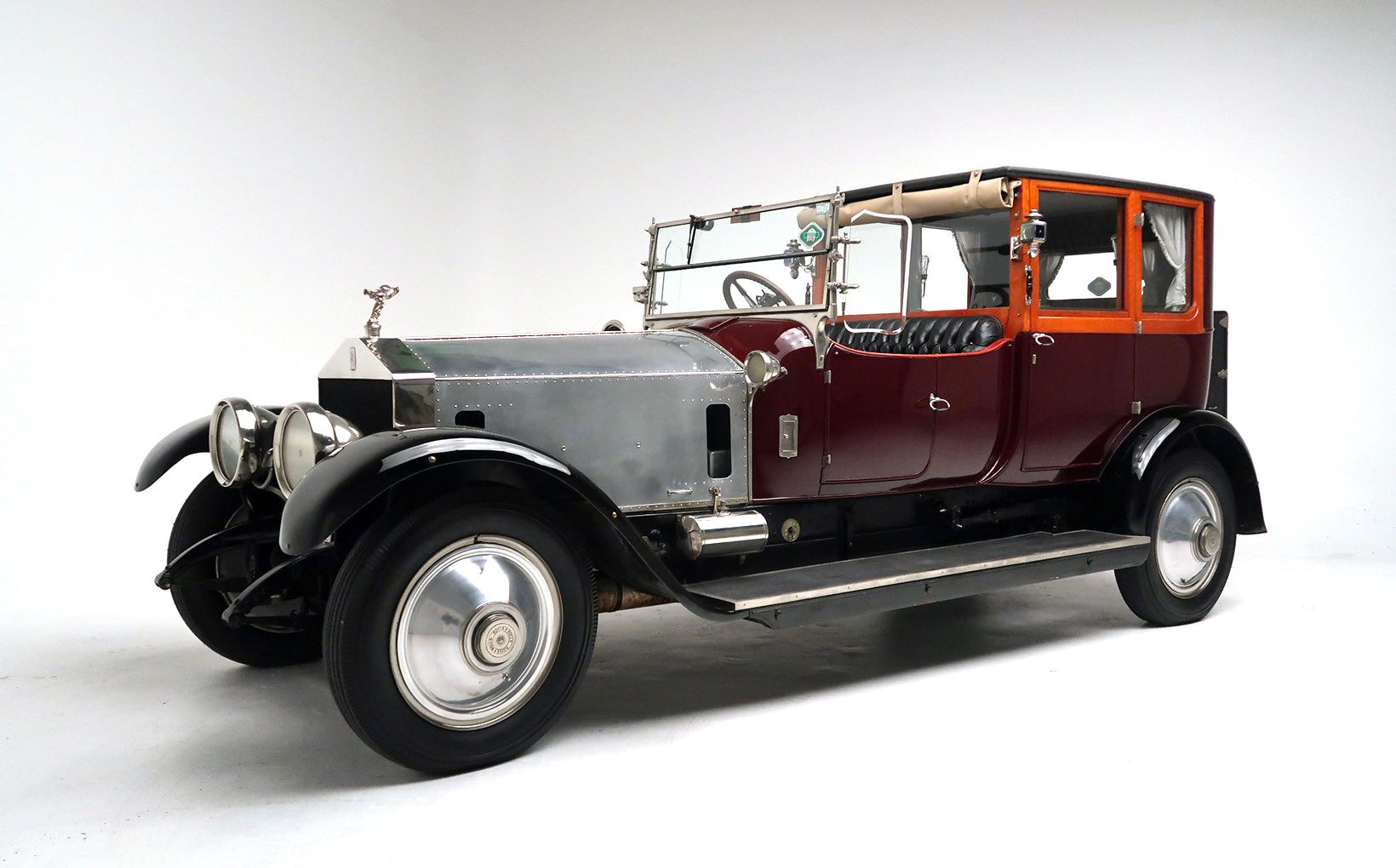 Debuting at the 1906 Olympia Motor Show, the landmark 40/50 horsepower, (better known as the Silver Ghost), was Rolls-Royce’s first commercial success.

By the early 1920s, it had earned the accolade of ‘The Best Car in the World’ for its unmatched combination of superb engineering, materials of the finest quality and unsurpassed production techniques – all graced by the finest coachwork. 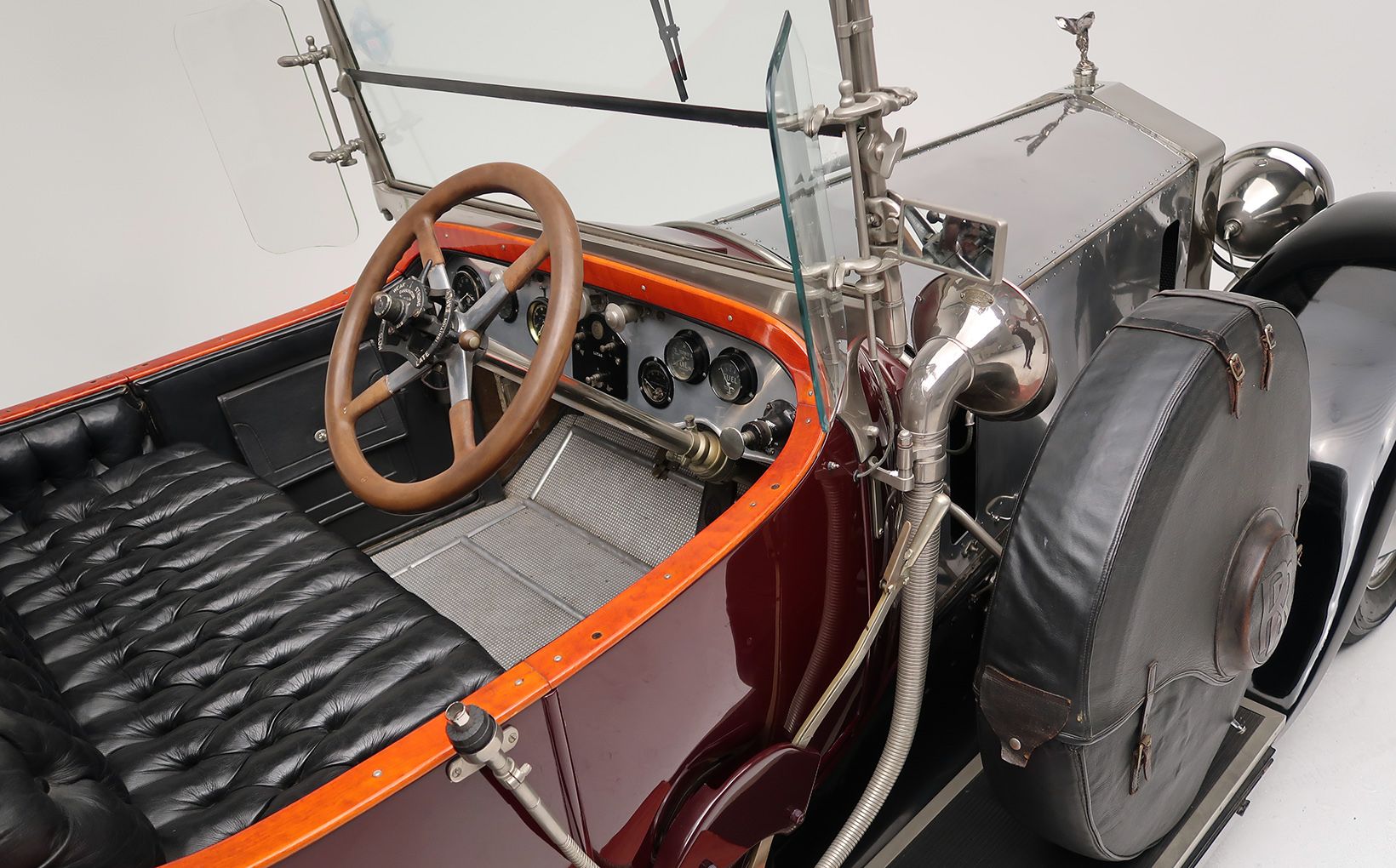 The Rolls-Royce Silver Cloud being auction by Shannons in Sydney on Monday (August 16) is impeccably presented in every detail.

Arriving in Australia circa 1924, the car was rebodied first as a limousine on the NSW plates ‘87’, before passing to undertakers N. Larcombe & Sons of Dubbo, who converted it into a magnificent hearse.

Continuing its lineage of notable custodians, the next owner was Sir Daryl Lindsay of the famous artistic family, who bought the Rolls-Royce circa-1962, while the current owner’s father, esteemed restorer and coachbuilder George Williams, purchased the car from Lindsay back in April 1967, reportedly with just 37,000 original miles on its odometer. 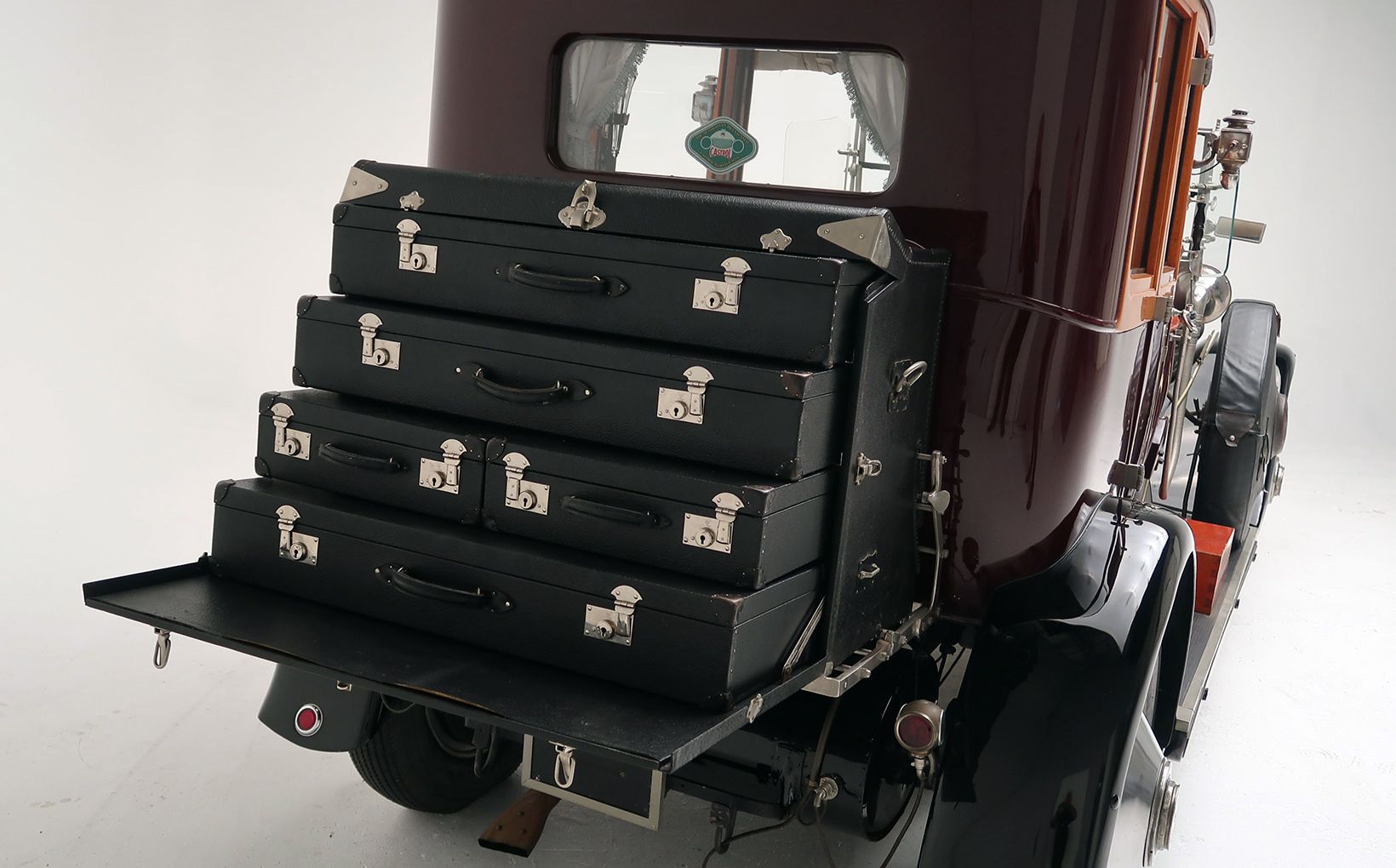 You CAN take it with you when you travel by Rolls-Royce, with the boot of this 1920 model Silver Ghost being auctioned by Shannons on Monday containing bespoke fitted luggage, beautifully lined in silk.

The Ghost’s formal coachwork was modelled on Claude Johnson’s personal Ghost 10LW, a Brougham de Ville by esteemed British coachbuilder Barker. Inside the rear compartment, the mahogany cabinetry has been finished to the highest standard, complete with crystal decanters and glasses, while the boot contains fitted luggage, beautifully lined in silk.

The Ghost has remained in the same family for nearly half a century - almost half its life - and has developed a lovely patina of age over the years. Shannons expect it to sell conservatively in the $160,000 - $200,000 range.

Also British and charismatic are two Post WWII sporting icons – a desirable and well-presented 1949 MG TC, plus a rakish 1956 Jaguar XK140 that has been extensively restored by its long-term owner, incorporating a number of sensible upgrades. 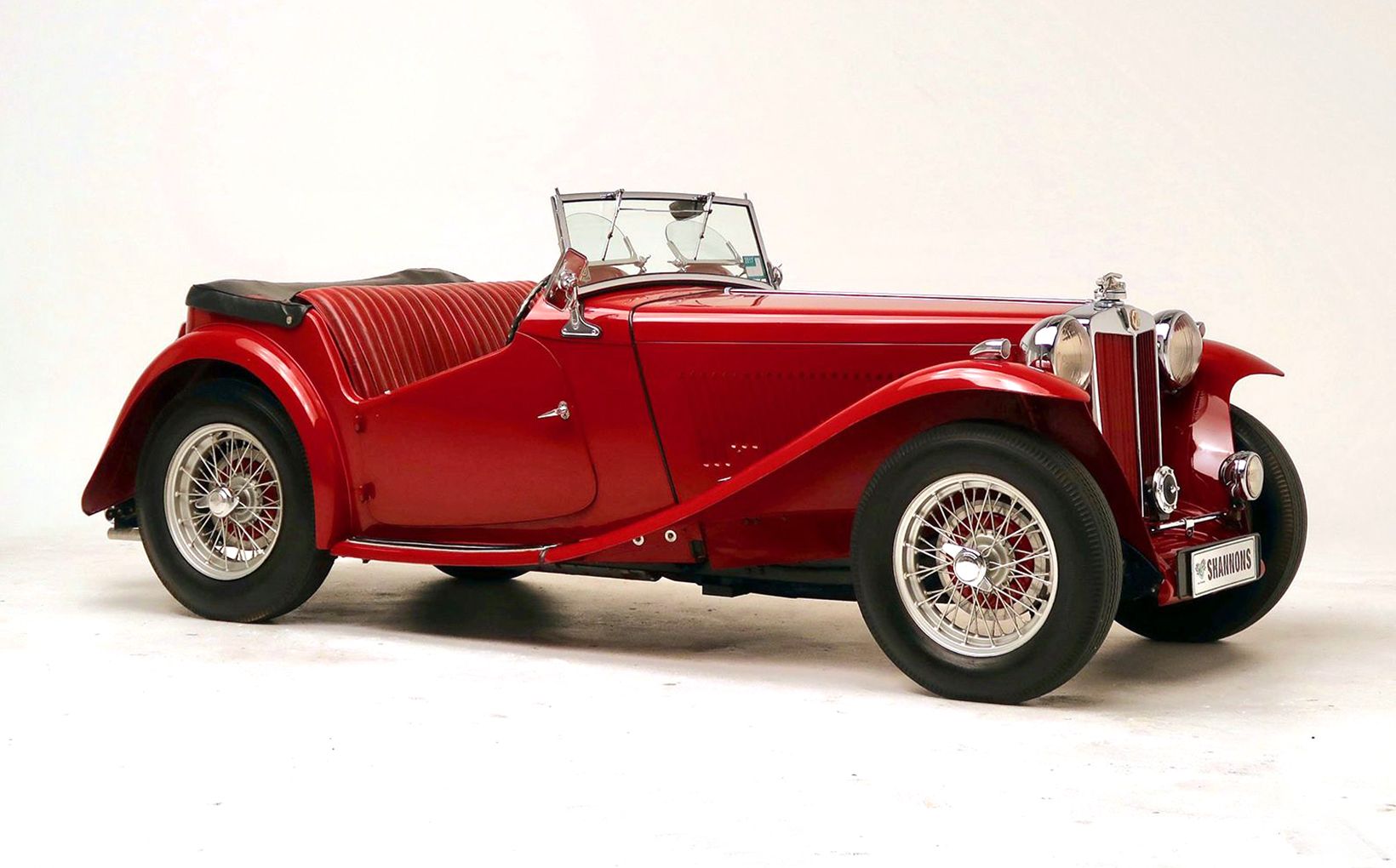 The TC was restored eight years ago by the vendor’s father, a long-standing car enthusiast and collector based in the Wollongong, NSW area and it believed to have covered just 747 miles since. 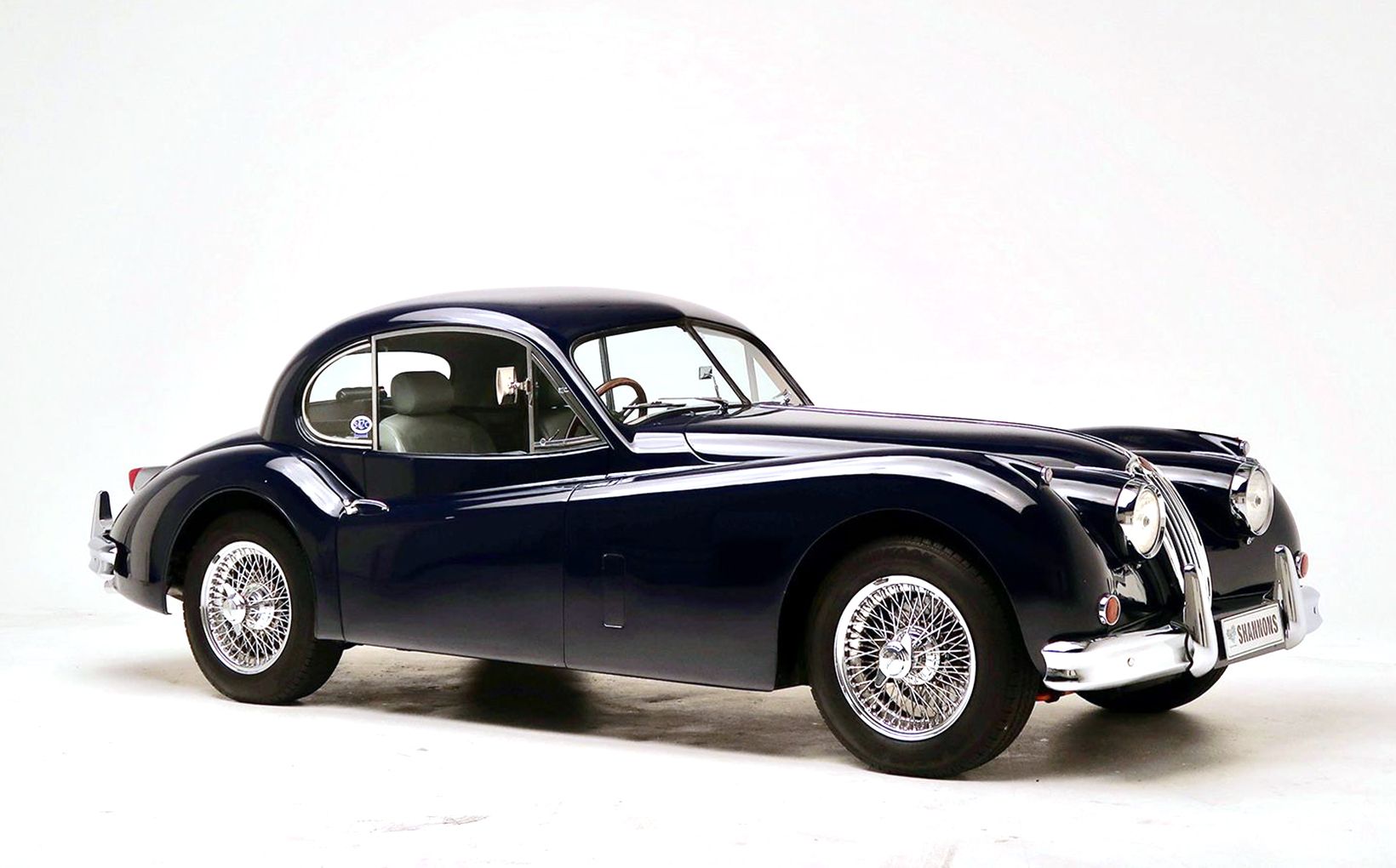 This North American-delivered Jaguar XK140 FHC being auctioned by Shannons on Monday was restored exhaustively and mechanically upgraded over a 12-year period after arriving in Australia 25 years ago.

The Jaguar XK140 FHC in the auction was originally an export model built for the American market, as verified by its Jaguar Daimler Heritage Trust Certificate. It was exhaustively restored from the ground up over a 12-year period after arriving in Australia 25 years ago and is now fitted with a 3.4-litre XK150 motor mated to a close-ratio four-speed overdrive gearbox from an XK150S, plus suspension upgrades.

It is expected to sell in the $75,000 - $95,000, providing a cost-effective way into classic Jaguar sports ownership, with the added benefit of daily usability. 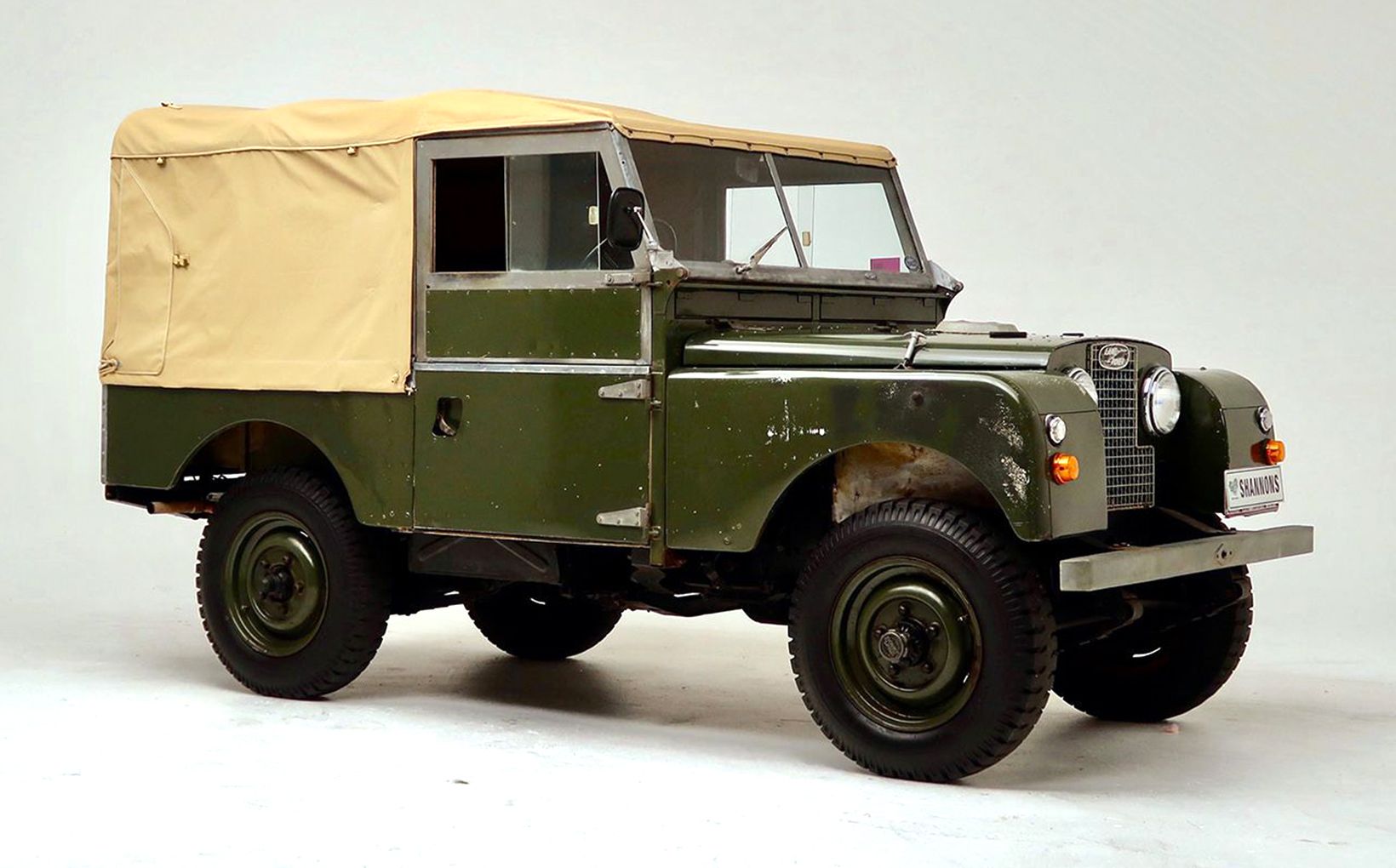 Finally for Land-Rover collectors, there is a remarkably original 88-inch Series I short wheelbase model.

Designated a 1958 model and one of the last made, the Land-Rover was equipped with a 2-litre petrol engine the optional free-wheeling hubs when delivered to its first owner, who lived near Hervey Bay, Queensland.

Surviving in remarkably original condition, the Land-Rover is understood to have enjoyed limited use and always belonged to enthusiast owners – the last two of whom kept it in storage.

Showing just 8,400 miles on the clock at the time of cataloguing, it is expected to sell in the $25,000 - $29,000 and with early Land-Rover values on the rise, will be sought keenly by collectors and enthusiasts of early 4WDs alike.