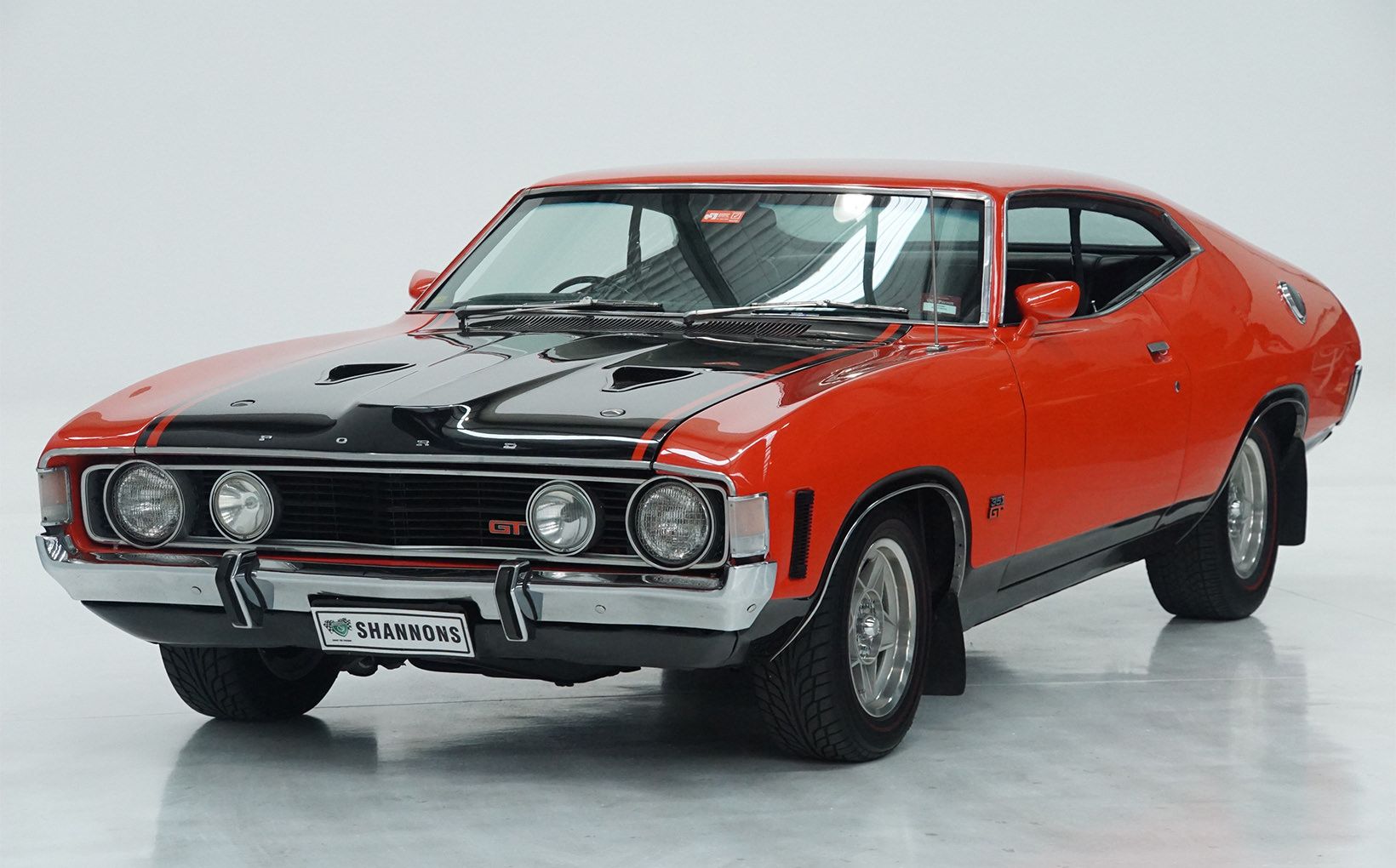 Meanwhile, Holden enthusiasts have the choice of a 1972 LJ XU-1 coming from long-term ownership and a trio of desirable HSV Clubsport Commodores from the 1990s. 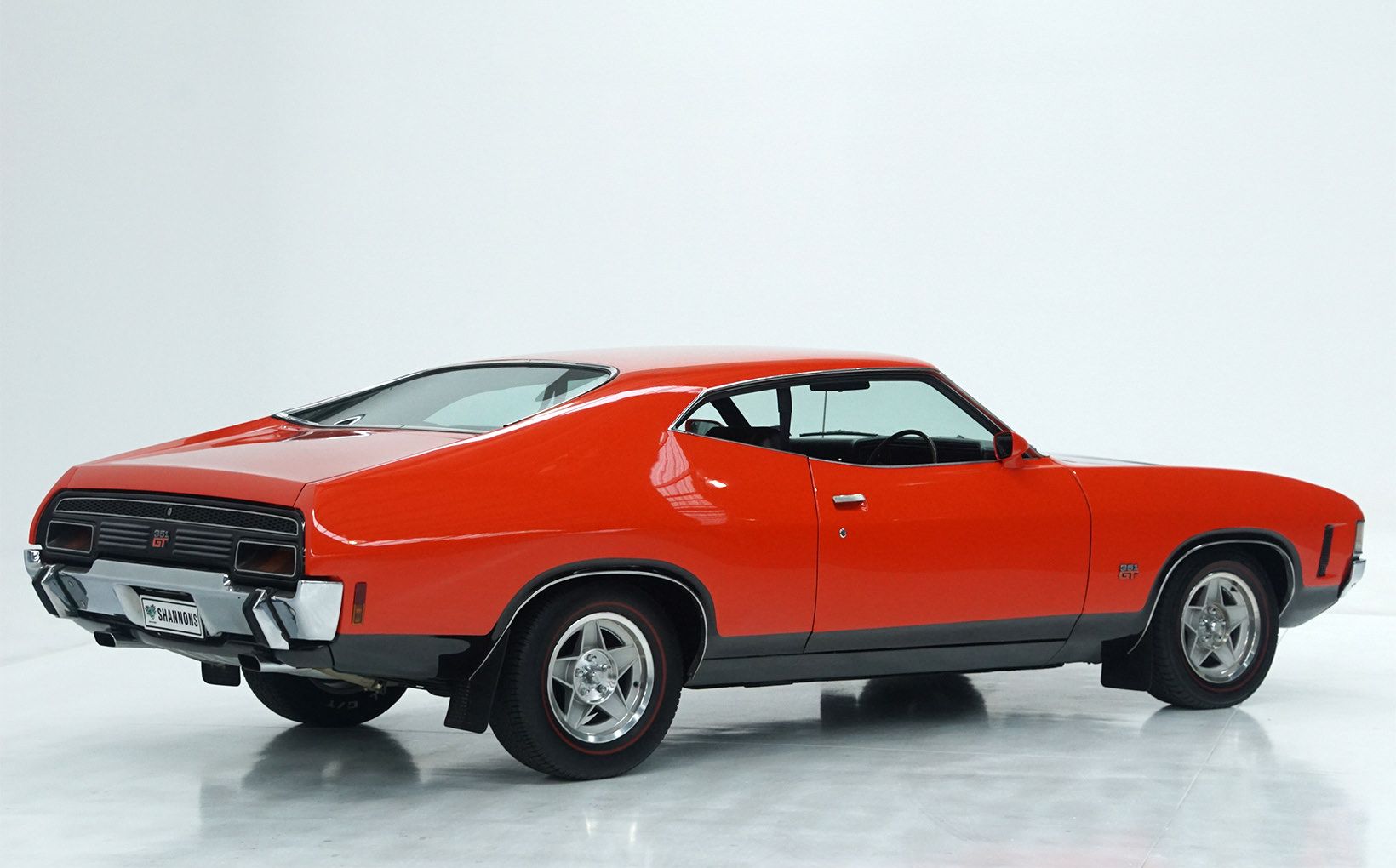 This rare and fabulous 1972 Ford Falcon XA GT manual Coupe that still looks good from an earlier full restoration is expected to sell to a collector or enthusiast for $135,000-$150,000.
The XA model was Ford's first truly Australian Falcon and a GT version was included in the model mix right from the outset, as was a two-door coupe.

The XA GT was a much more refined package than the previous race-oriented Falcon GTs, but it enjoyed a very successful racing career, becoming the only Ford GT to win Bathurst on more than one occasion after taking successive victories in 1973 (Moffat/Geoghegan) and 1974 (Bartlett/Goss).

Adding to its collectibility, the XA GT Coupe was a rare car, with just 885 examples made.

The Inverel, NSW-delivered example being auctioned, with its 351ci V8 and four-speed top-loader manual gearbox, came with many factory options, including a tinted-band laminated windscreen, the optional black bonnet paint-out and a Super Fringe Deluxe Push Button Radio.

Finished in iconic Red Pepper, the car’s long-term enthusiast owner had the Coupe restored 18 years ago, while its black vinyl trim was refreshed to factory specs five years later. Still fitted with its original Bathurst 15-inch Globe alloy wheels – including its spare – this XA GT Coupe will be sought-after property for Falcon GT collector at its guiding range of $135,000-$150,000. 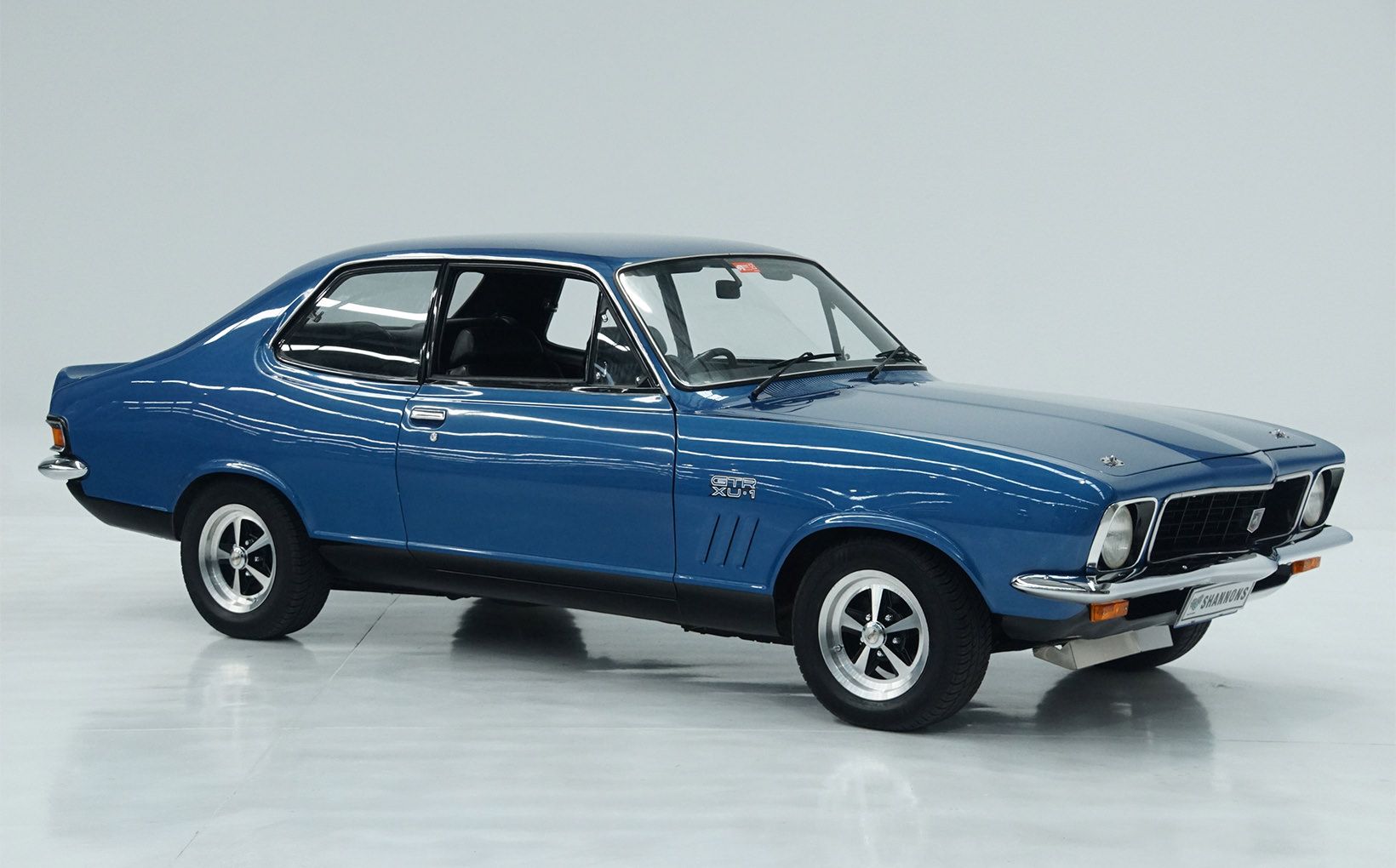 This desirable Holden LJ Torana XU-1 coming out of long-term ownership represents a great opportunity to buy into the model’s Bathurst heritage at its pre-July 15 Shannons auction estimate of $80,000-$90,000.
Holden enthusiasts have the opportunity to acquire a desirable Holden Torana XU-1 coming out of long-term ownership, with the 1972 LJ-model crossing the Continent from Kalgoorlie in Western Australia to be a part of Shannons July Auction.

Originally Glacier White, it was found derelict around 17 years ago and the current owners embarked on a detailed restoration that took 3-4 years. In the process, it was re-finished in Cyan Blue, with its paintwork still in good condition today.

While the original engine is long gone, a non-original engine was rebuilt to XU-1 specs, with many correct XU-1 parts refitted, while its gearbox and differential were also fully rebuilt.

Although Shannons say the XU-1 would benefit from some detailing, it is ready to use now. As demand for these now valuable Australian muscle cars is very high, this example represents a great opportunity to buy into the model’s Bathurst heritage at its pre-auction estimate of $80,000-$90,000. 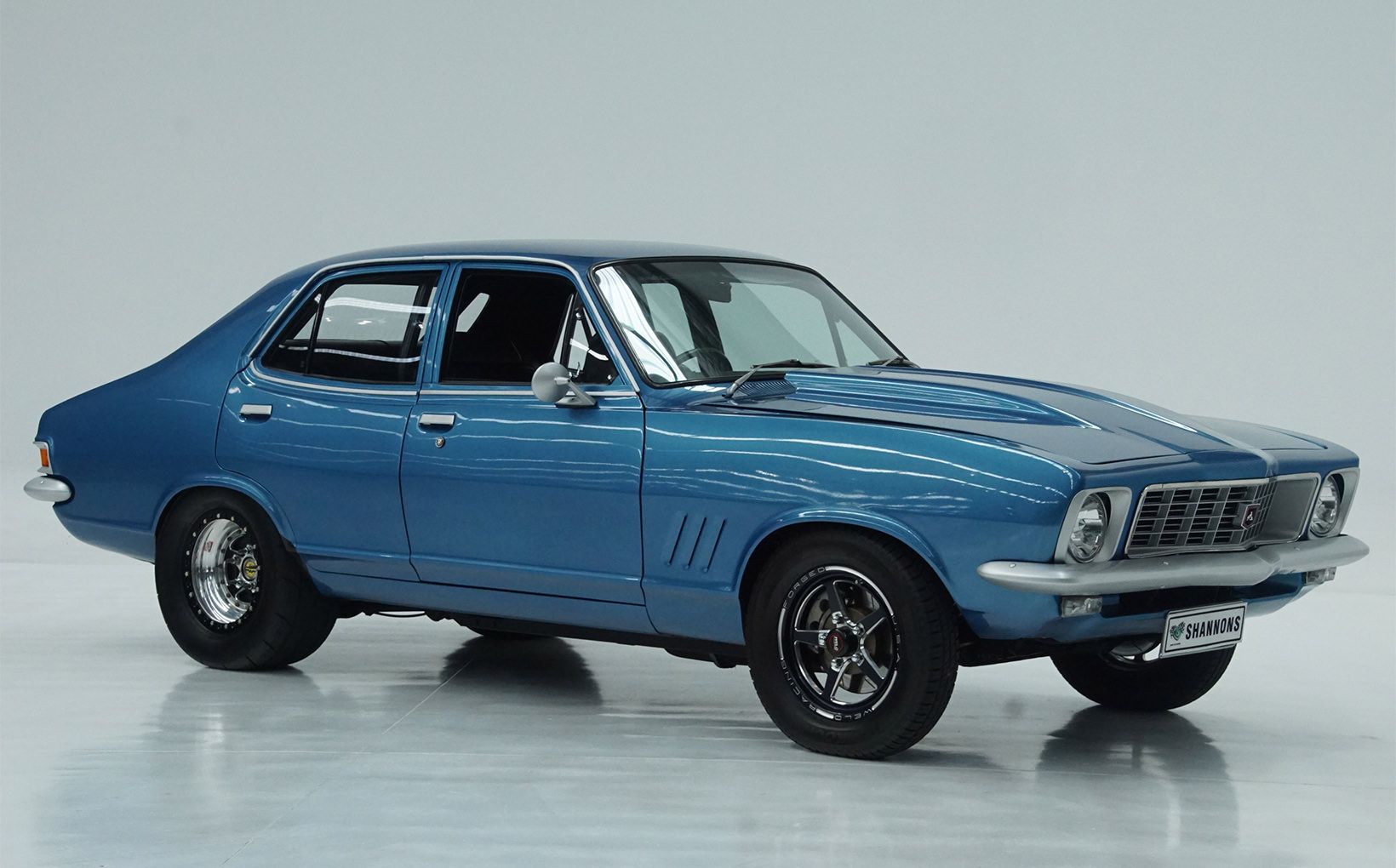 For lovers of the LJ shape looking for something different, there is a 1972 Holden LJ Torana four-door sedan retro-fitted with a 355 cubic inch V8
For those who love the LJ shape, but are looking for something a little bit different, there is also a (also blue) 1972 Holden LJ Torana four-door sedan that has been professionally retro-fitted with a nicely detailed 355 cubic inch V8, a dry-break fuel system, billet wheels and other performance equipment, which is expected to sell with ‘no reserve’ in the $50,000 - $60,000 range. 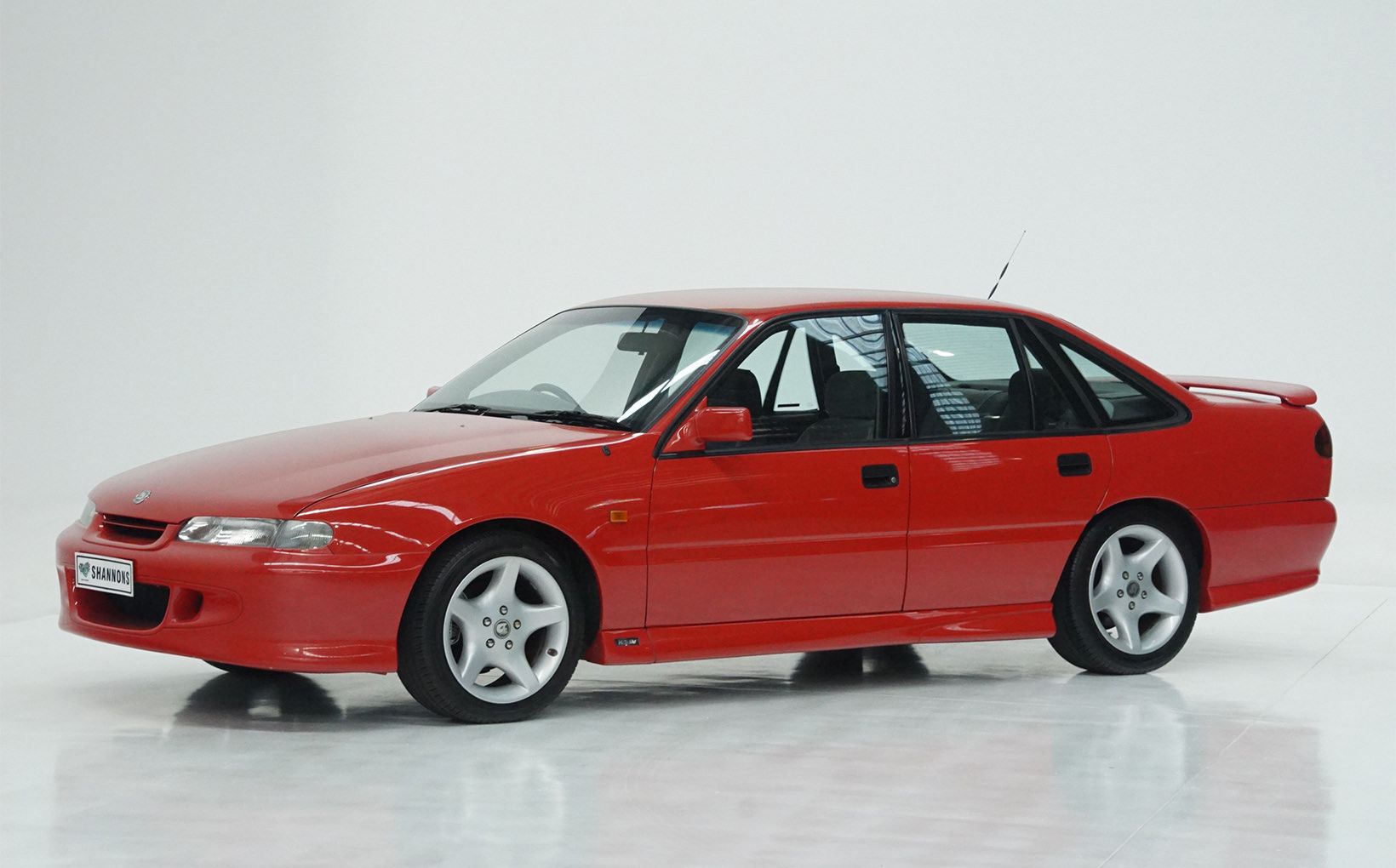 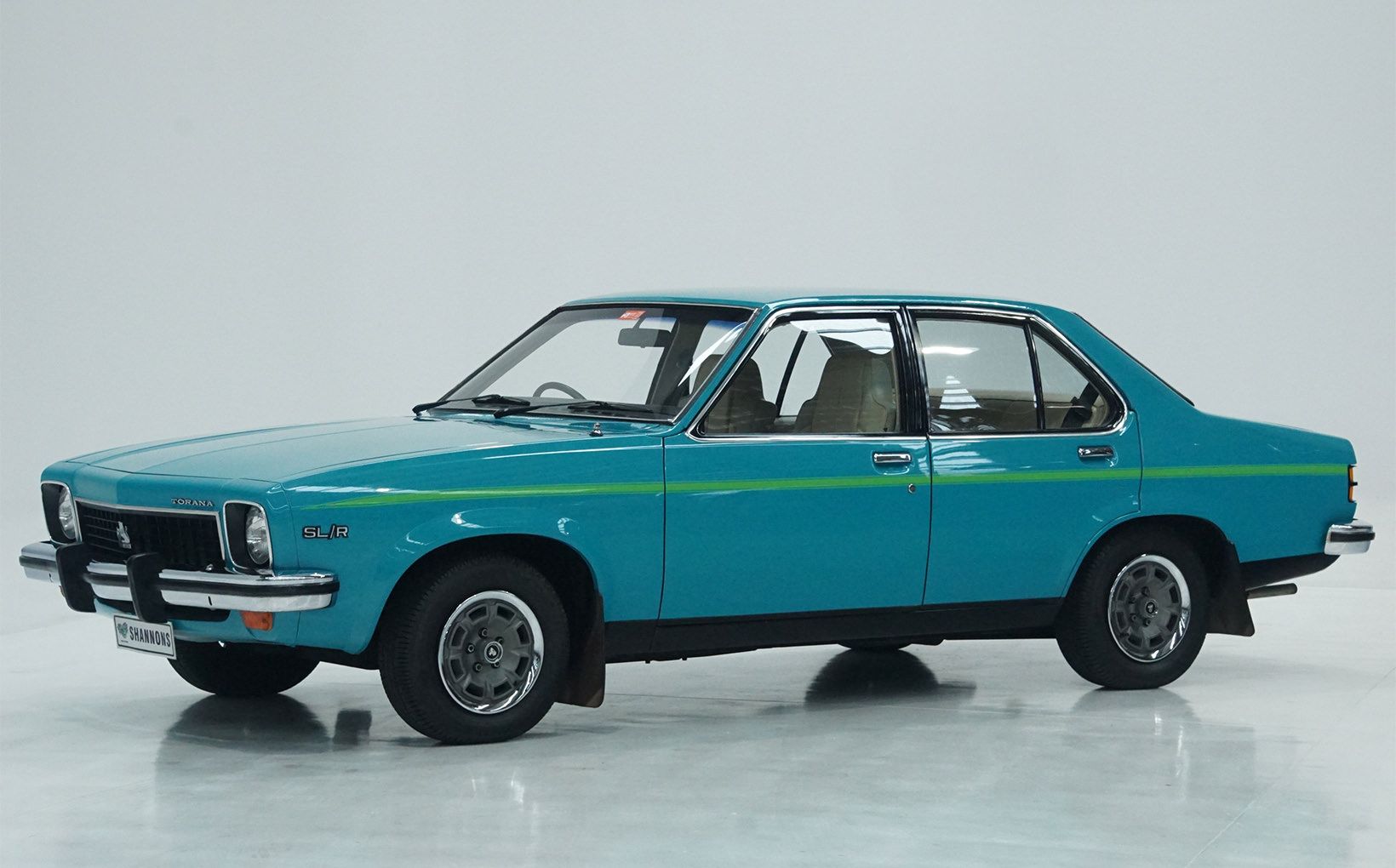 It’s not well known today, but the base model Torana SL/R came with a 3300cc (202ci) six-cylinder engine. As enthusiasts of the era were more enamoured with the SL/R 5000 V8 version, few of the six-pot models survive today and this stunning, ultra-rare car was the only one of its type at the recent Torana Nationals in Canberra, making it an immediate crowd magnet.