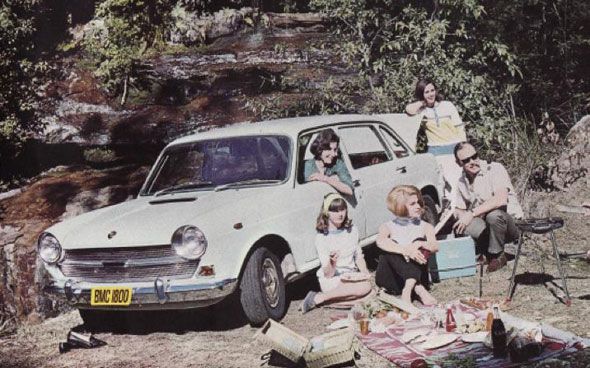 Early brochure shots promoted the Austin 1800 as a six seater with a centre front occupant straddling the front bucket seats and gear lever. The later automatic version with its dash-mounted selector was a genuine six seater with luggage space to spare, an important consideration for an Aussie family car.

Optimistically plugged as “The Car of the Century”  35 years before the 20th century ended, the Austin 1800 lived up to this claim more than anyone could have anticipated.  At its launch late in 1965, BMC Australia listed key reasons why its “designers believe it is unlikely that the model concept will be obsolete even in 10 years time.” Virtually every modern passenger car, apart from a few niche models, adheres to the Mini blueprint that was further developed for the Austin 1800.

Such longevity was an important selling point at a time when the US trend towards annual model changes and built-in obsolescence had some real drawbacks for Australians. Most Australians did not have the spending power to change their cars on a regular basis and the value of a car a decade down the track was critical to buying the next one.