When the first-generation Audi RS Q3 landed in Australian showrooms in early 2014, it set the bar for performance in the small-SUV segment with its hair-raising turbo-petrol five-cylinder engine shared with the RS3 small car and TT RS coupe.

A hit with Australian customers, the original RS Q3 help raise the profile and sales volume of Audi Sport locally, so it was no surprise that a new-generation version is here, this time with a friend.

While only offered with a standard wagon body style in its first generation, Audi has expanded range choice with the new RS Q3, adding the coupe-style Sportback for the new generation. 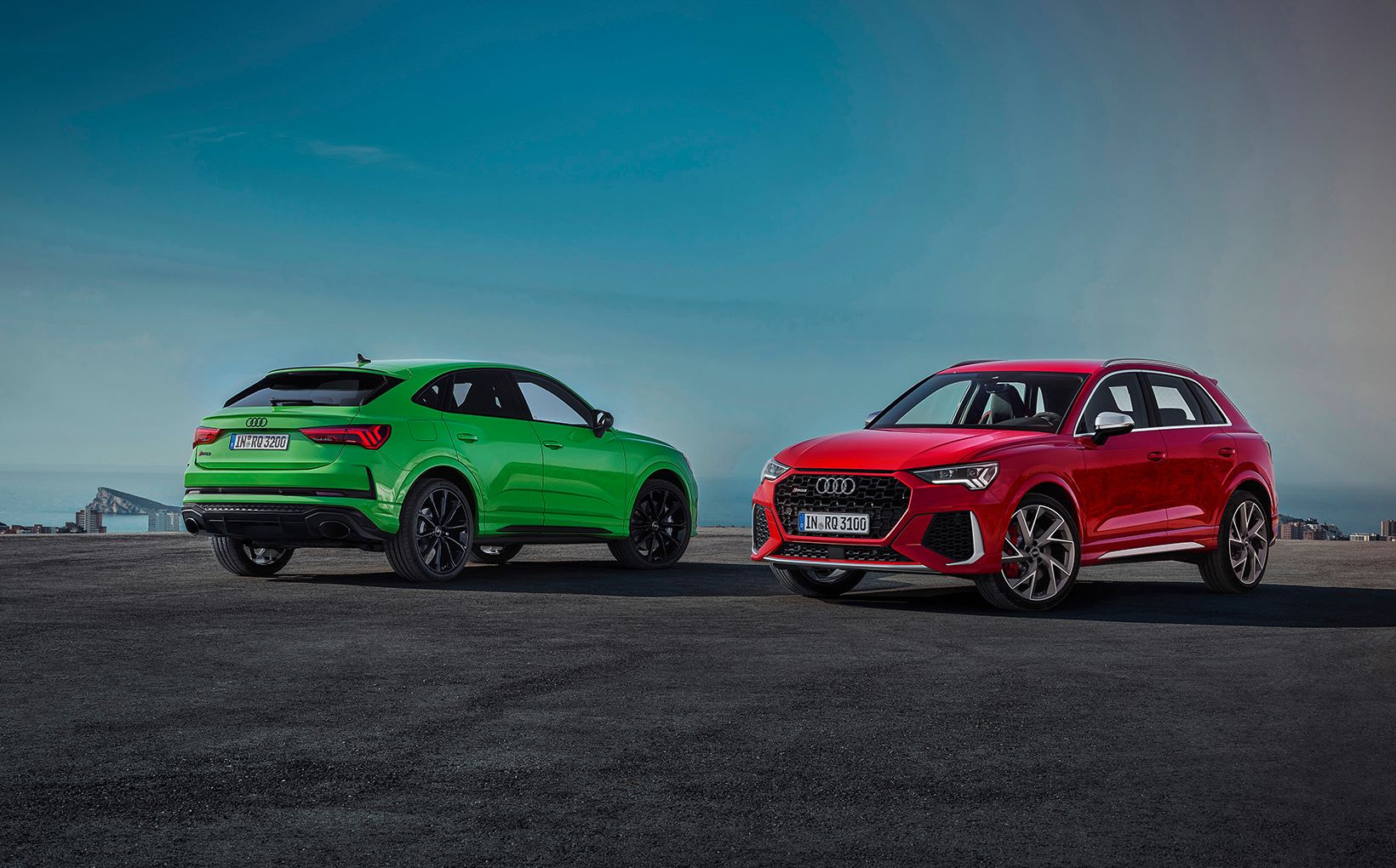 The all-new Audi RS Q3 performance small SUV will be offered in different body styles for the first time.

Set for an arrival in Australian showrooms in the second quarter of next year, the RS Q3 returns with the same 2.5-litre turbo-petrol five-cylinder engine as its forbear but has turned up the performance wick to ensure uprated performance.

The RS Q3’s outputs easily trump BMW’s X2 M35i which produces 225kW/450Nm but will fall short of the new-generation Mercedes-AMG GLA45, assuming it uses the same engine as its related A45 hatch, which pumps out a mind-melting 310kW/500Nm from its 2.0-litre turbo-petrol unit. 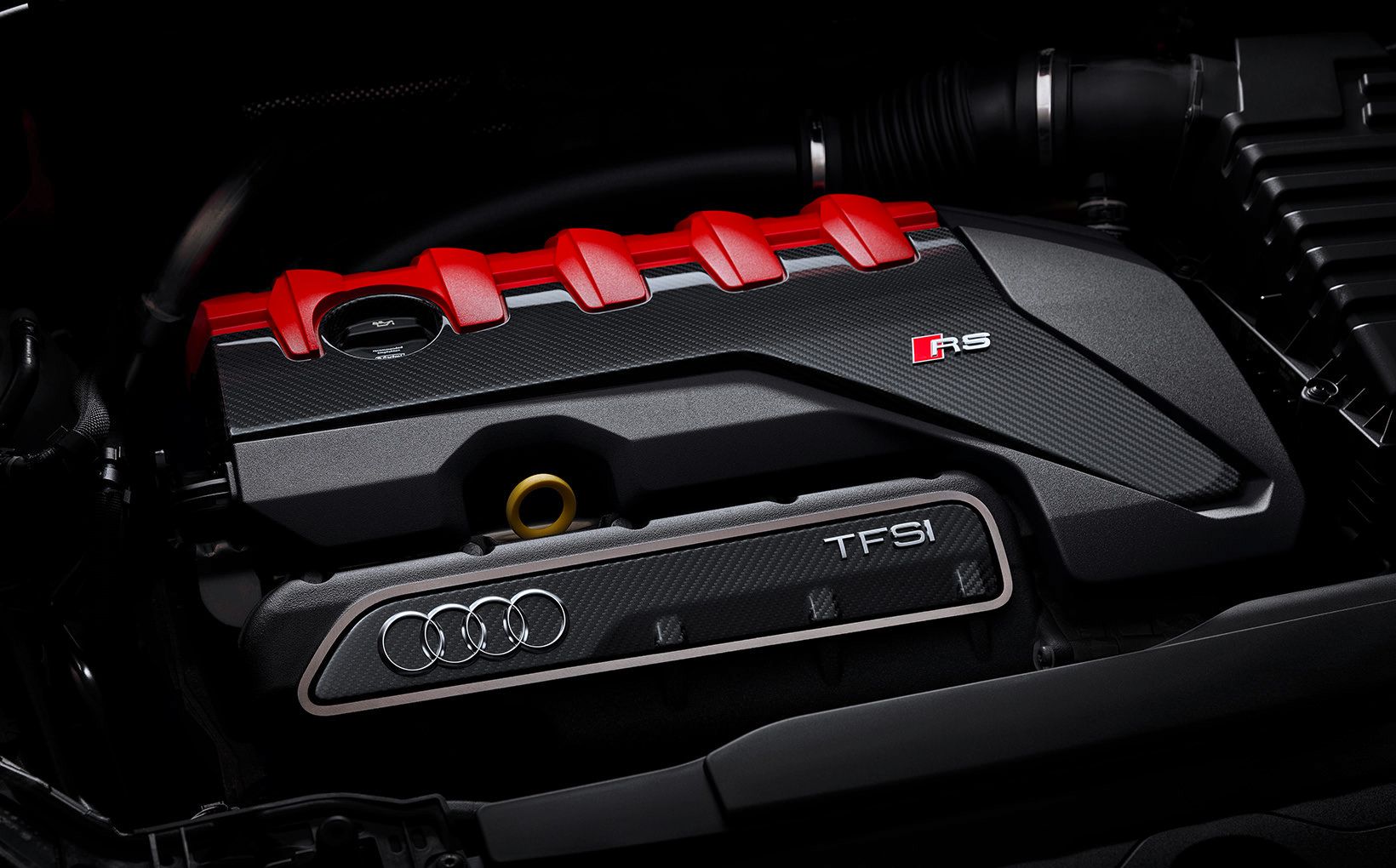 The 2.5-litre five-cylinder engine is back, this time outputting 294kW/480Nm.

All that power helps propel the RS Q3 from standstill to 100km/h in 4.5 seconds in both body styles, which is actually 0.1s slower than its forebear due mainly to an overall increase in kerb weight.

This is despite the engine going on an aluminium diet with a 26kg weight reduction. Despite an overall weight gain, top speed is 10km/h higher, at 280km/h.

No surprises here that the RS Q3 sends power to all four wheels via Audi’s quattro all-wheel-drive system, with a seven-speed dual-clutch automatic transmission called upon to manage gear changes. 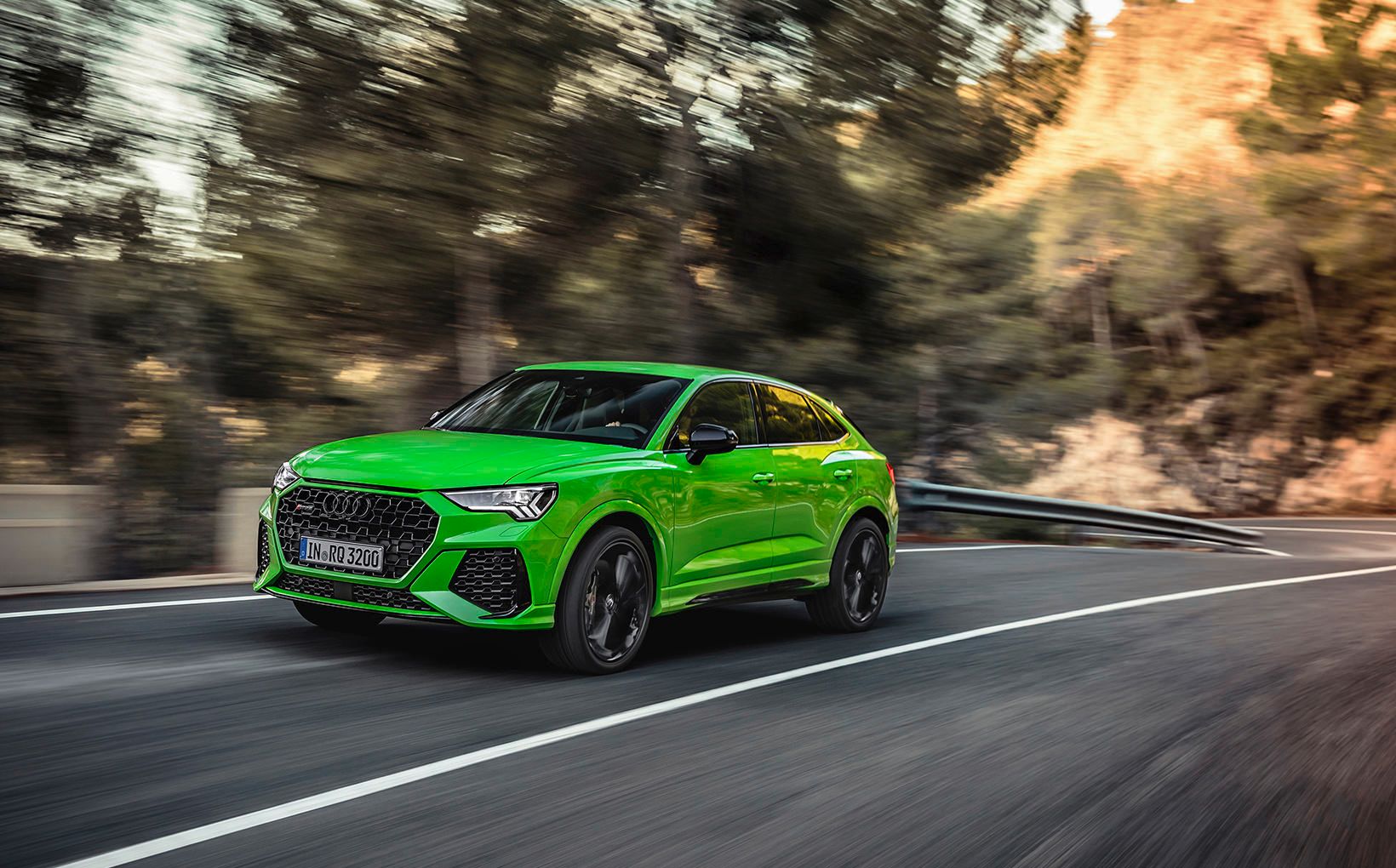 A number of clear visual enhancements set the RS variants apart from the rest of the Q3 line-up.

In order to make the RS Q3 liveable in all conditions, six drive modes are on offer, including new RS1 and RS2 modes which allow drivers to individually configure their own set-ups, available via a new RS button situated on the steering wheel.

The RS Q3 rides on sports suspension consisting of a MacPherson-strut front and four-link rear set-up, which rides 10mm closer to the ground for greater handling and nimbleness. Adaptive dampers can also be had, but at an extra cost.

A unique tune has been applied to the RS Q3’s variable-ratio steering, while 20-inch hoops are standard fare. Twenty-one-inch rims – the largest offered on an Audi SUV to date – are also optionally available. 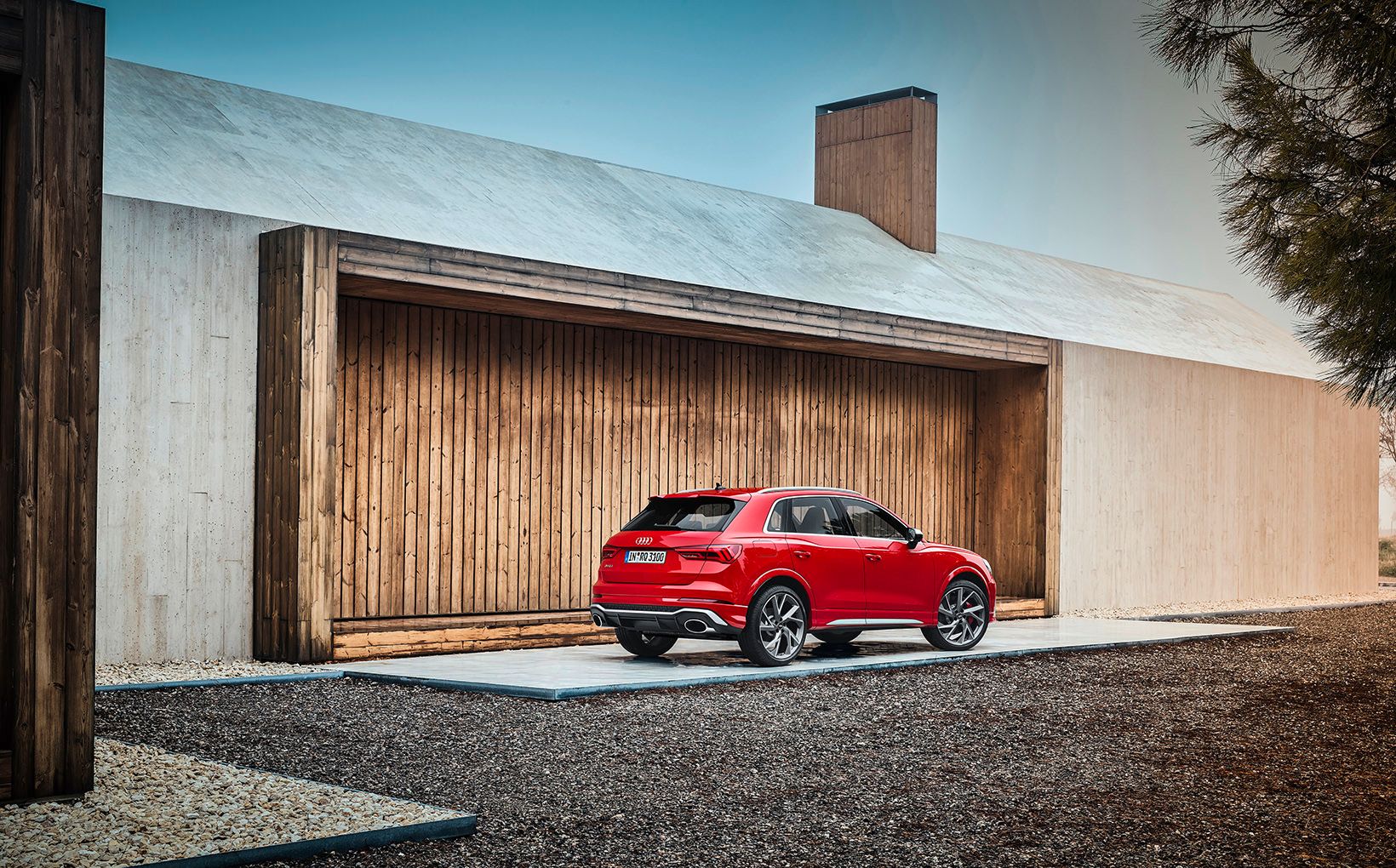 The wagon and Sportback body styles offer the same 530 litres of boot space.

High-performance brakes included on the RS Q3, with 375mm front and 310mm rear ventilated discs with six-piston callipers. For those who feel such prodigious stopping power is inadequate, 380mm carbon-ceramic grabbers are available up front.

Unsurprisingly, the RS Q3 sports a range of visual upgrades that make it easily identifiable as a member of the Audi Sport stable, starting with its gloss-black honeycomb Singleframe grille. 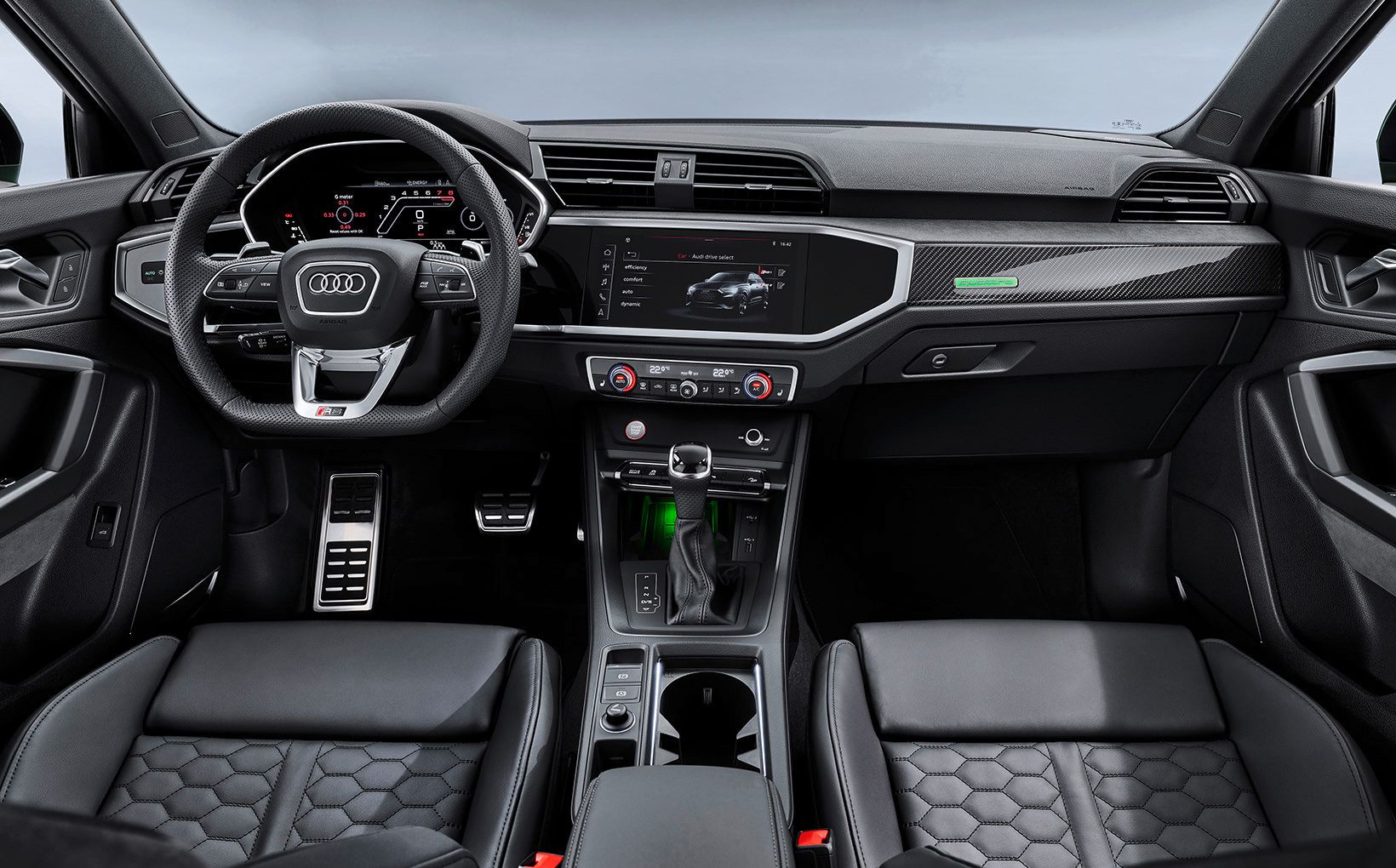 The RS influence is clear inside with a number of sporty touches applied to the cabin.

The RS Q3 is further differentiated by unique exterior paint hues, with Kyalami Green and Nardo Grey set aside exclusively for the RS Q3 twins.

Unique touches continue once inside the RS Q3, such as an Audi Sport theme for the digital instrument cluster, a flat-bottom steering wheel with paddle shifters, sports seats and black leather and Alcantara upholstery with honeycomb contrast stitching.

This is in addition to other standard fare found on regular Q3 variants including a 10.1-inch touchscreen, satellite navigation, DAB+ digital radio and a range of active safety features to help out if you end up pushing the performance envelope too far. 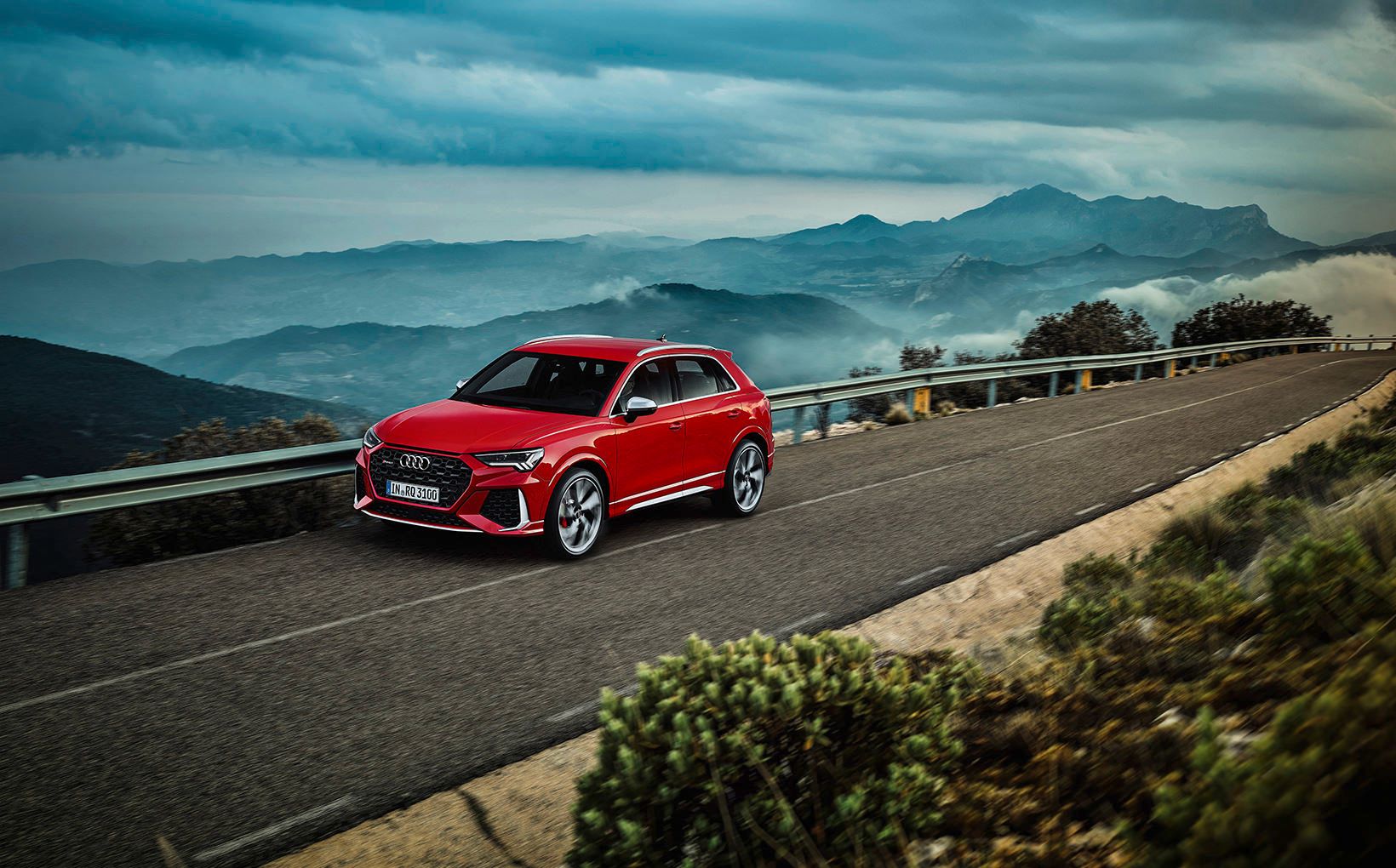 Despite its increase in power, the new RS Q3 is 0.1s slower to 100km/h than its predecessor due to its increased kerb weight.

Audi Australia is yet to announce pricing for the new RS Q3 pair, however buyers can expect a bump in price over the first-generation version, which retailed for $84,450 plus on-roads before being discontinued.

“The first Audi RS Q3 established its own segment. We aim to continue this success story with the new generation of the compact high-performance SUV,” he said. 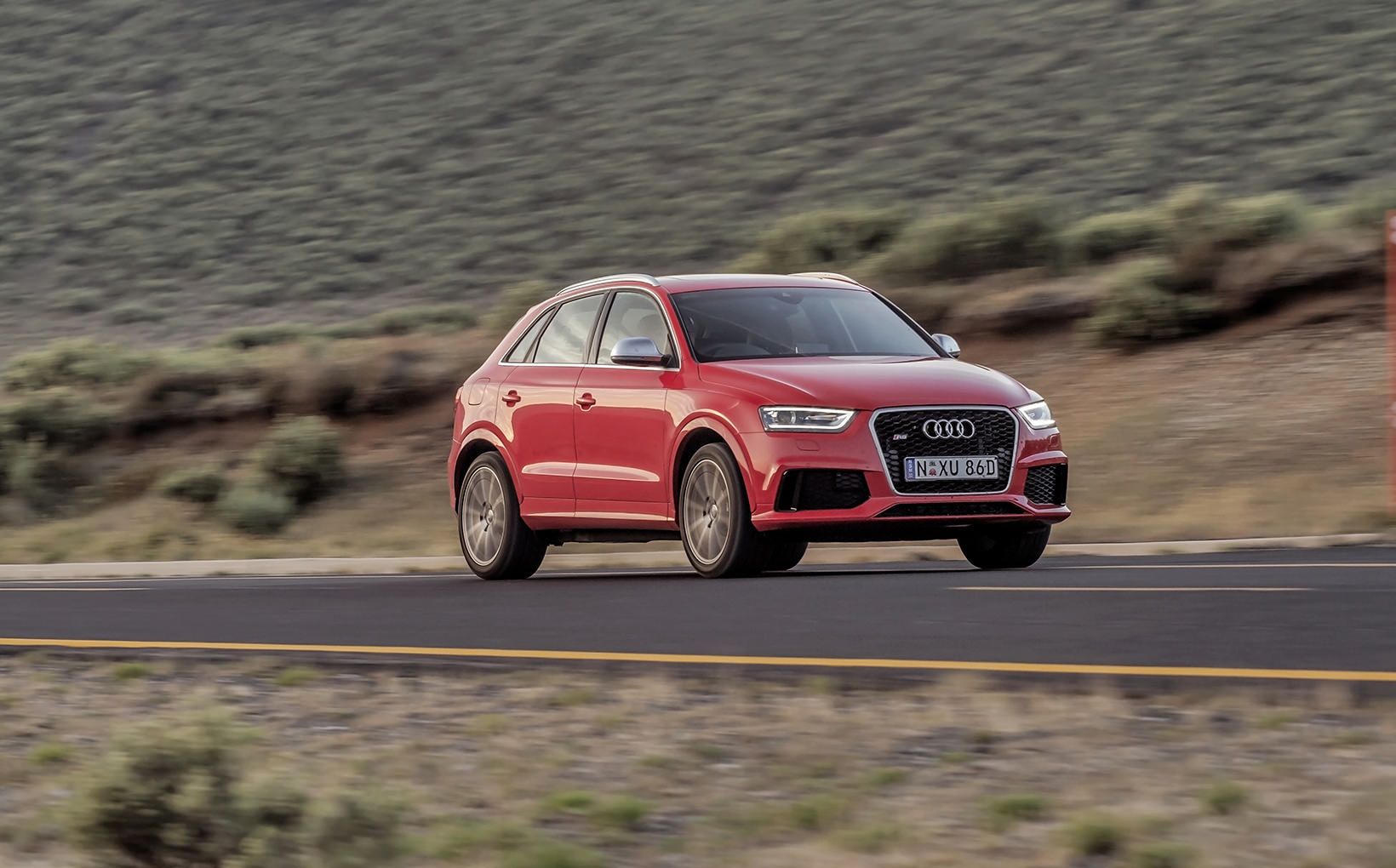 The original Audi RS Q3 launched in Australia in February 2014, creating the premium performance crossover segment before being joined by the Mercedes-AMG GLA45 months later.

“With the offering of the all-new Audi RS Q3 Sportback, a progressive SUV coupe crossover, we are the trendsetter and are leveraging to the full the phenomenal growth potential for Audi Sport.”

The original RS Q3 arrived locally in February 2014, just months before the arrival of the Mercedes GLA45, and was tuned to produce 228kW/430Nm from its five-cylinder engine.