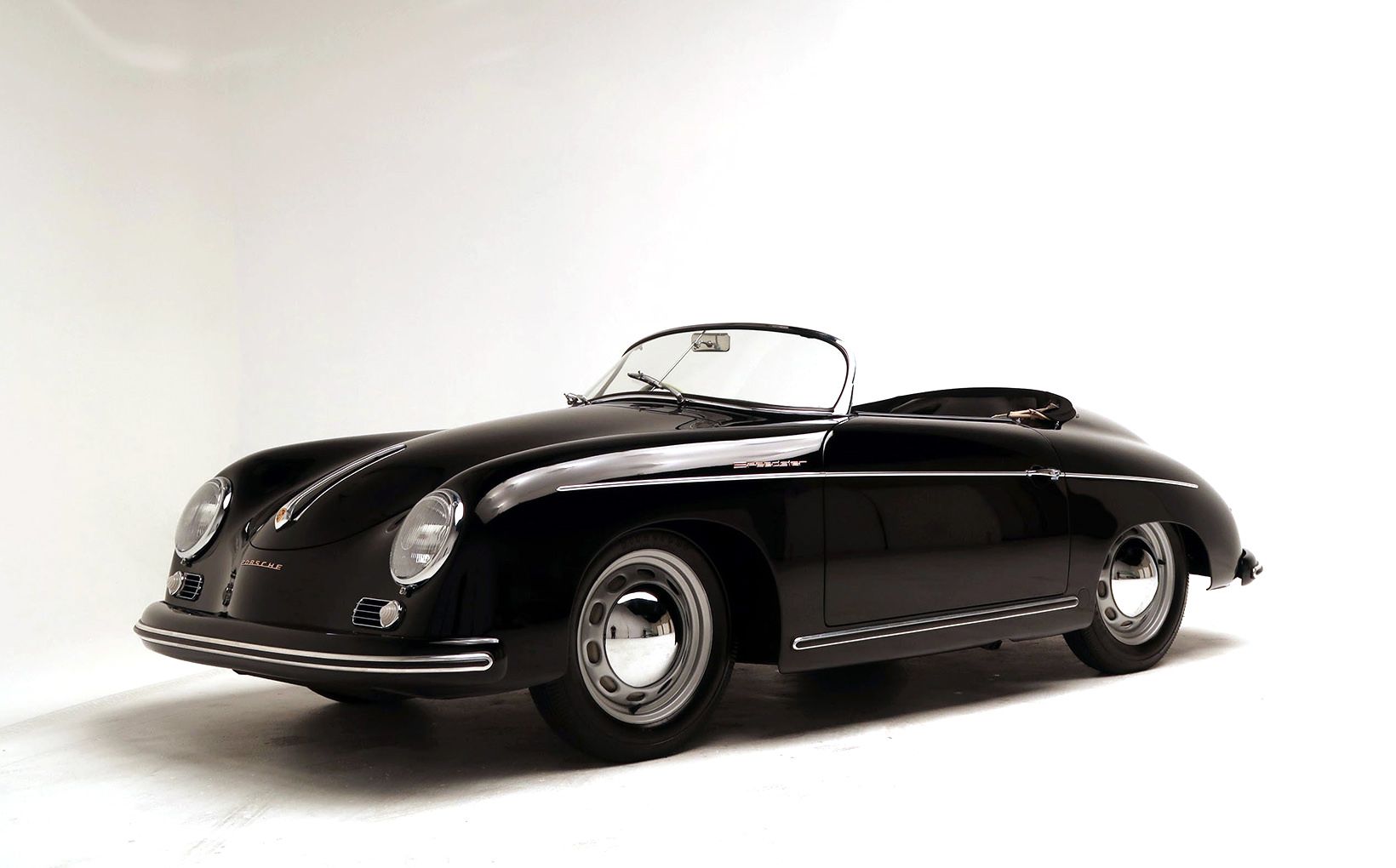 One of Australia’s rarest early Porches is going under the hammer at Shannons Sydney Summer Auction on February 17.

The stunning, triple-black and fastidiously-restored 1955 Porsche 356 Pre-A Speedster is one of just three factory right hand drive examples delivered by Hamiltons to Australian customers. It comes to auction from a prominent Porsche collection fresh from a just-completed no-expense-spared, ground-up restoration by Melbourne marque specialist Peter Hardt. 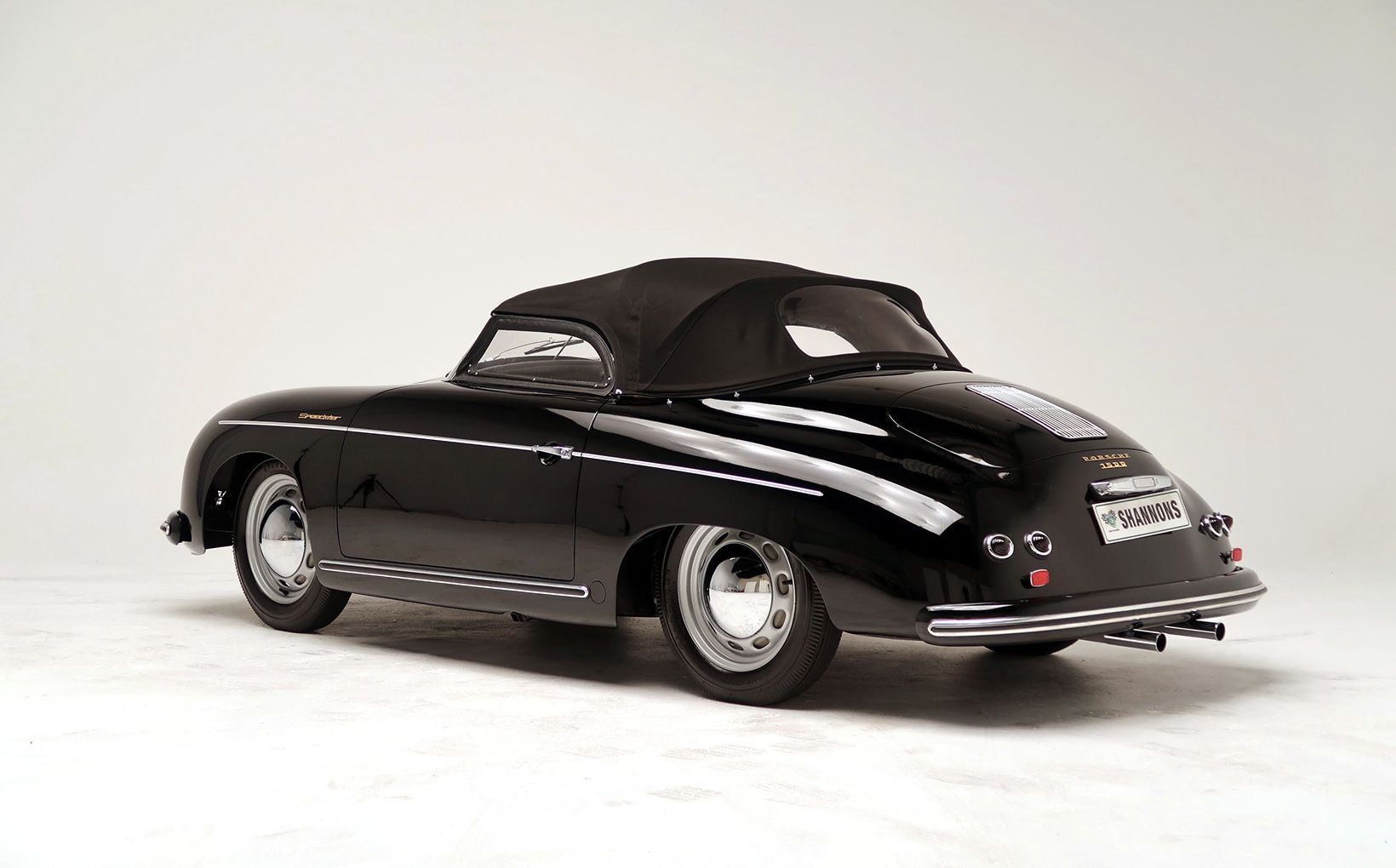 Of the total production of 356s built, only around 10 per cent were ‘Pre-As’, with even fewer being Speedsters. Adding to the auction car’s rarity is the majority of the 1234 Pre-A Speedsters built for the US market, with just 26 factory-built in right hand drive. This makes the surviving right hand drive cars even more desirable and collectible Internationally. 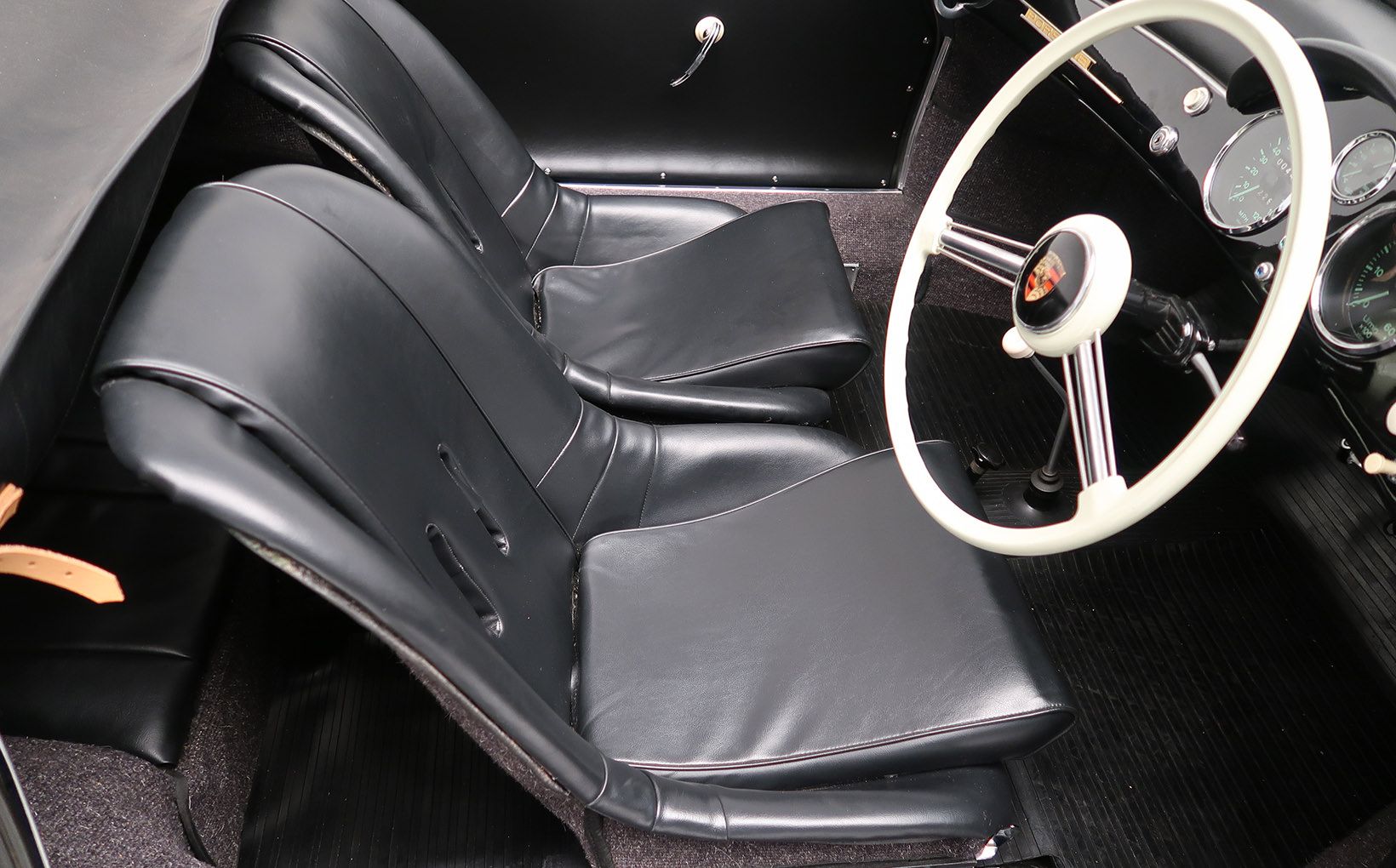 The starkly simple interior of the 1955 Porsche 356 Pre-A Speedster.

The Pre-A Speedster offered was originally delivered by Hamiltons in Melbourne on 6 July 1955 in red with black leatherette trim and is believed to have been Wheels magazine’s January 1956 road test car.

It was last registered in 1978, spending many years off the road. Since it re-emerged last year it has covered itself with glory, winning the trophy for ‘Best Restoration’ at the 2019 Sydney Harbour Concours d’Elegance. 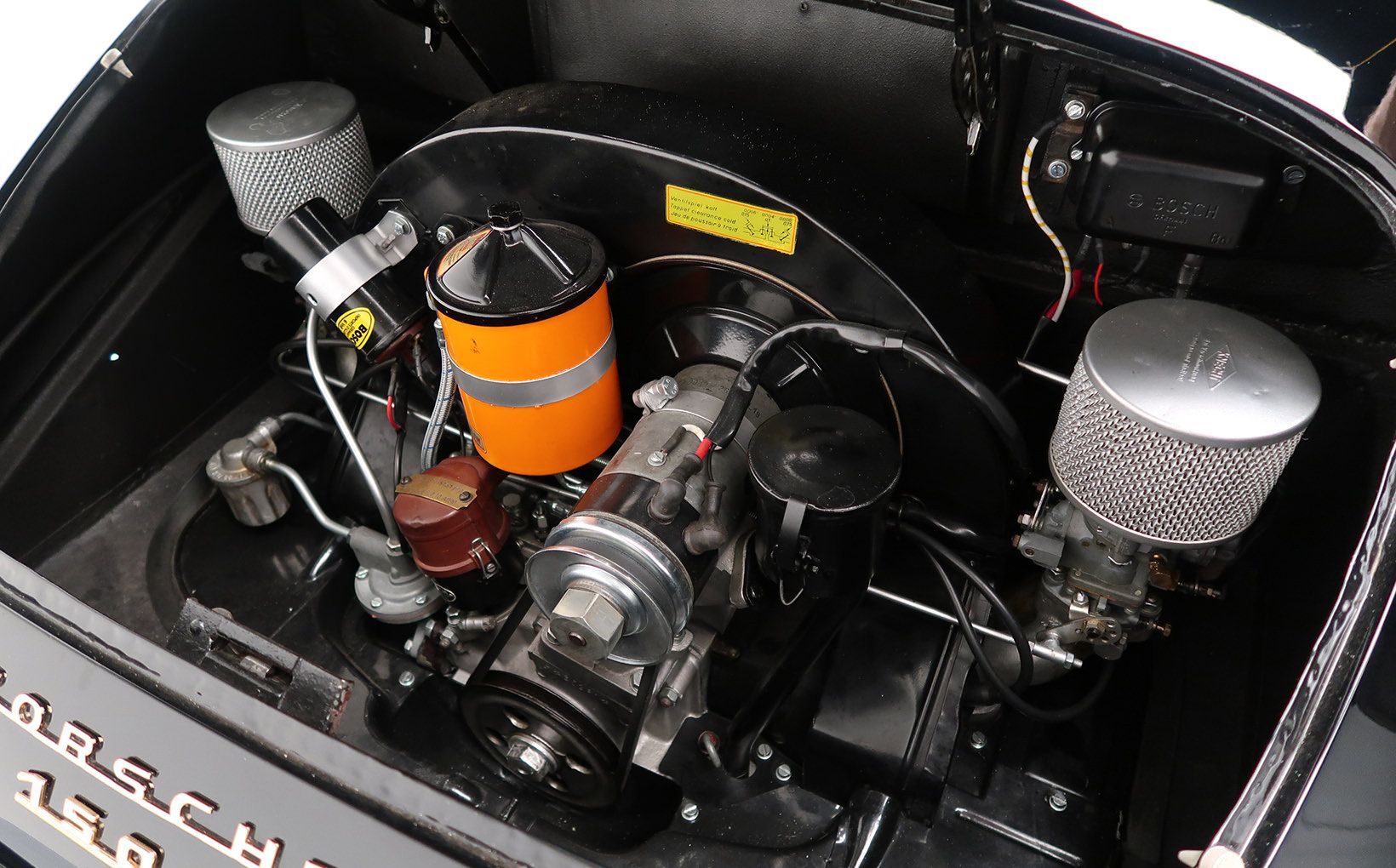 The pushrod1500cc air-cooled engine that powers the 1955 Porsche 356 Pre-A Speedster.

As an uber-rare example of the first production Porsche 356, the car being auctioned is highly collectible on the world market, with many Porsche enthusiasts considering the Pre-A Speedster one of the marques most desirable and highly collectible models