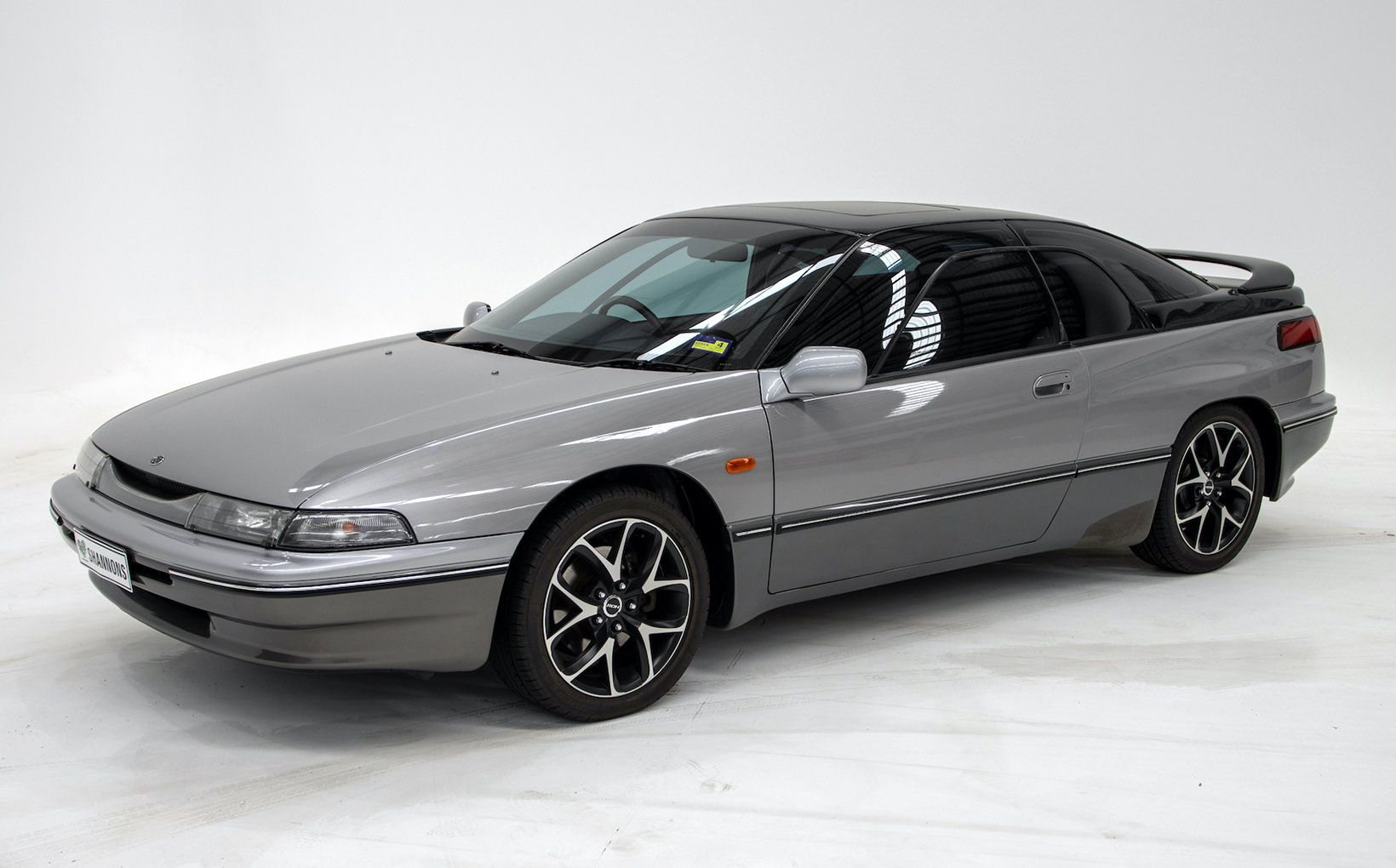 Subarus with their unconventional ‘boxer’ horizontally-opposed front-mounted engines, advanced four wheel drive technology and many International rally successes, have developed a fanatical following of enthusiasts around the world. 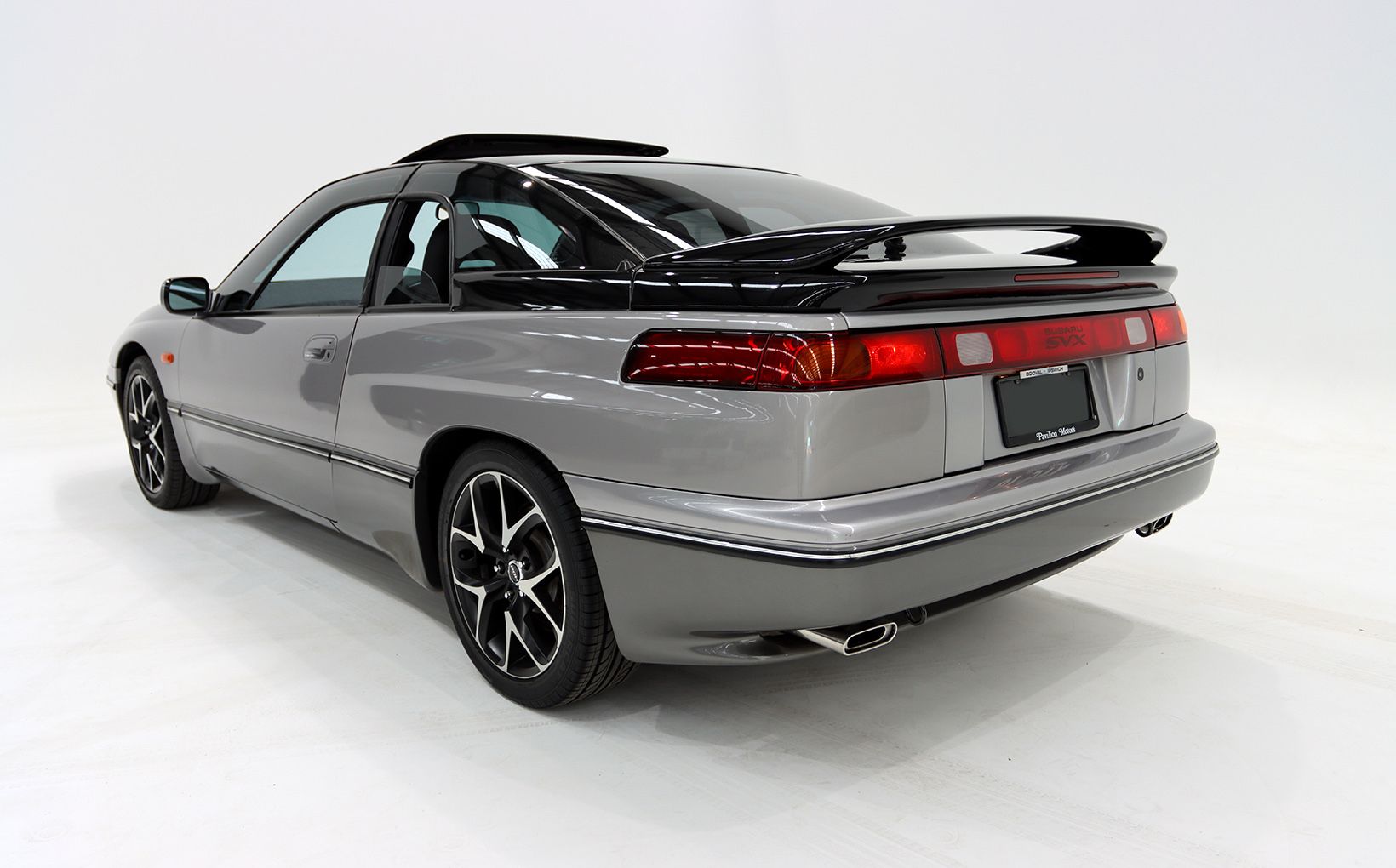 The standout of the quartet is a rare two-door, 1993 Subaru SVX, all-wheel drive model – Subaru’s first high performance coupe – that was only manufactured in one generation, from 1991 to 1996.

One of just of 249 examples sold new in Australia and increasingly collectible today, the Shadowtone Black with Metallic Grey coupe with its 169kW 3.3-litre boxer horizontally opposed flat-six engine is today showing around 70,000km on its odometer. It was owned for most of its life by a Subaru Dealer Principal and was purchased from him approximately 4-5 years ago.

The SVX, with its distinctive Italian styling by Giorgetto Giugiaro of ItalDesign, featured aircraft-inspired 'window-within-a-window' side-glass and cost significantly more than a new WRX of its era, retailing for between $70,000-$80,000 in Australia when launched.

The car being auctioned presents like new on its aftermarket wheels (although its factory rims are included in the sale) and comes with all its original books and documentation, plus a plaque for winning ‘Best Japanese Car’ at the Macleans Bridge classic car festival in 2019. 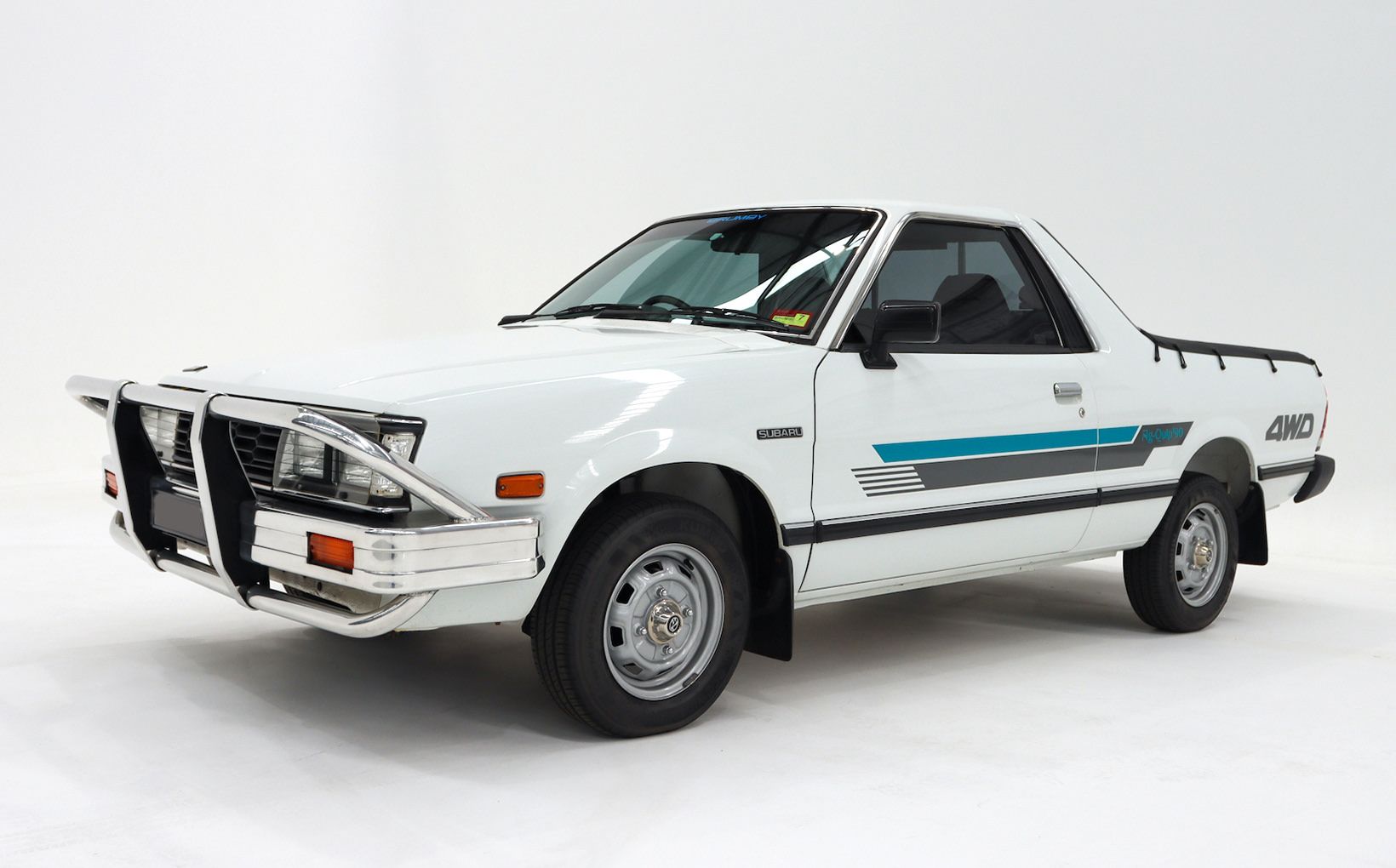 This very desirable 1990 Brumby ‘Ag-Quip utility’ in tidy condition is one of four classic Subarus in Shannons 40th Anniversary timed online auction from 23-30 November, where it is expected to sell for $20,000-$25,000.

Delivered new in 1990 by Burwin Motors in Ferntree Gully, Melbourne and now showing 138,603km on its odometer (at the time of cataloguing), this limited edition Brumby came with headlamp, mudguard and bonnet protection, air conditioning and rust protection as standard.

The Brumby presents very well and come with a full set of documents including a review in Unique Cars magazine in 2010 of this exact vehicle by Joe Kenwright. 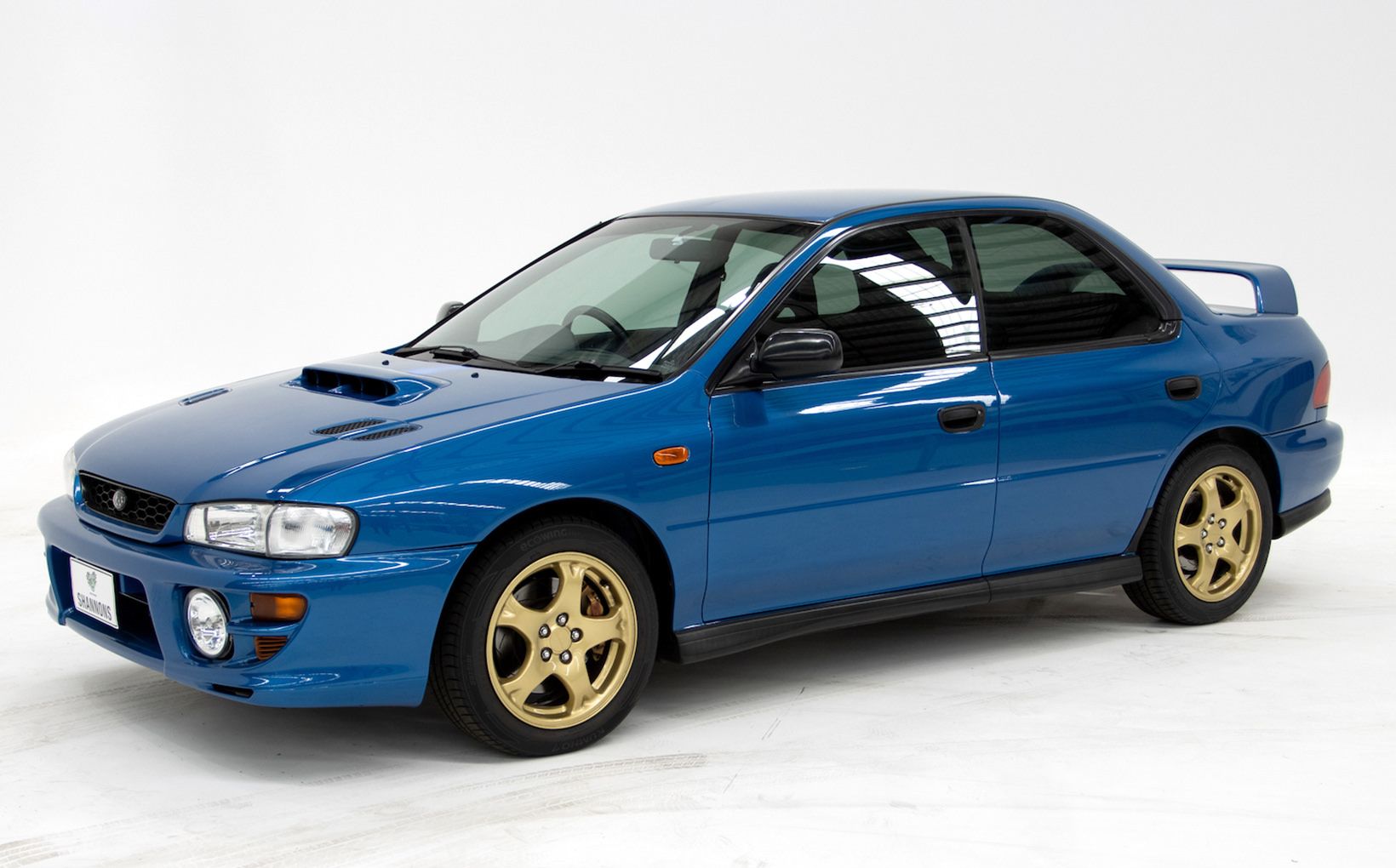 Mention Subaru and most people think of the high performance WRX, with Shannons offering a 1999 model sedan in the hero colours of World Rally Championship Blue with Gold alloy wheels.

Delivered with the options of metallic paint, remote keyless locking and an Alpine CD player and now showing 148,736km on its odometer at the time of cataloguing, the WRX appears unmodified and has not been raced or rallied by its mature age enthusiast owner of the past 19 years. 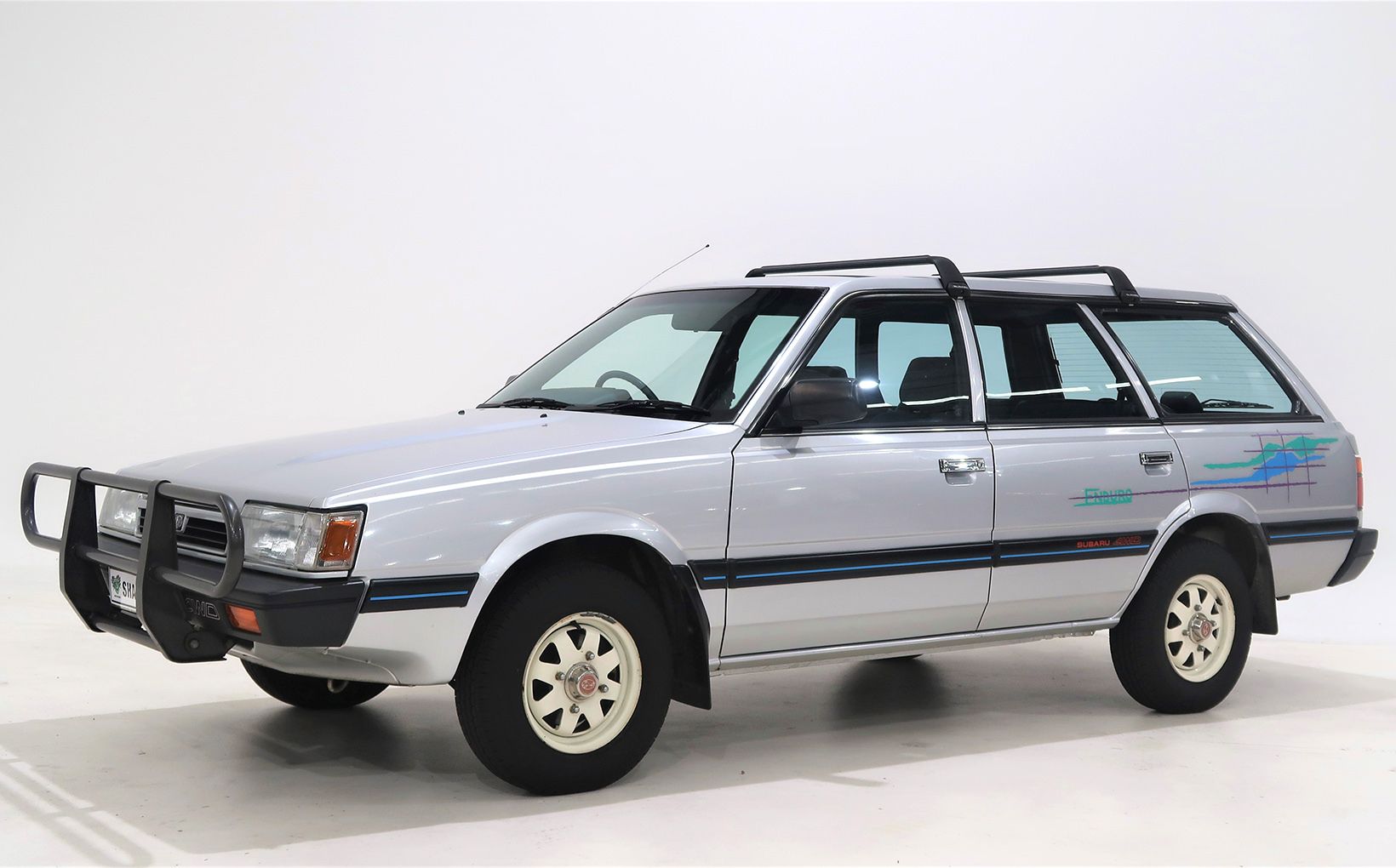 Finally, there is a 1991 Subaru L-Series Enduro Station Wagon ­– another limited edition model that came standard with Sunraysia steel off-road wheels, a bull bar, a tow bar, air condition and exclusive body graphics – that is being offered with ‘no reserve’.

Showing 170,000km on its odometer and coming to auction in very clean and tidy condition with its original books and receipts, it would be ideal for ideal for Subaru collectors or budget-conscious inland travellers at its expected selling price of $6,000-$10,000.