With Porsche celebrating its 70th Anniversary in Australia this year, it’s an ideal time to invest in the marque’s rich history.

Front and rear-engined, four, six and eight cylinder models, both naturally-aspirated and turbocharged, are in the auction, bracketed by a 1965 model Porsche 912 coupe and a 1985 Carrera 3.2 'Targa' Coupe, with anticipated selling prices ranging from $30,000 to $210,000.

Early six cylinder Porsche 911s, referred to by enthusiasts as the ‘901 Series’, are still a gold standard in Porsche ownership, with two coupes delivered with the rare and optional Sportomatic transmission in the auction. 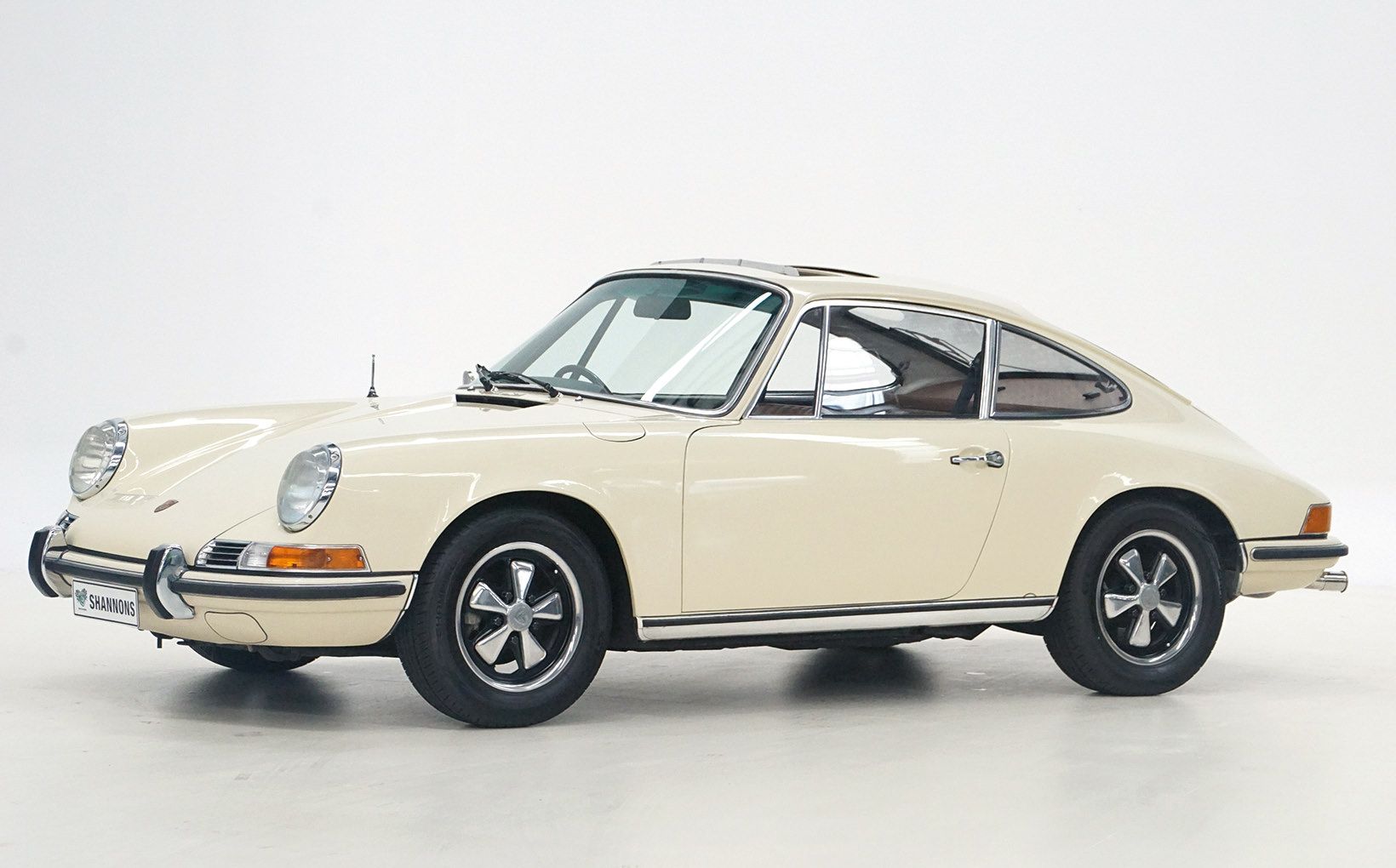 The pick of the two is a beautiful Australian-delivered Medium Ivory with Brown
Leatherette interior 1971 911E 2.2 'Sportomatic' Coupe that presents in very good overall condition.

Factory optioned with a sunroof and front oil cooler and pampered by its first owner for 20 years before his passing aged 89, the 911 has undergone a recent tidy up and is only being sold because its current avid Porsche collector owner is returning overseas.

Because of its great provenance and condition, it is expected to be in strong demand with collectors and sell in the $190,000-$210,000 range. 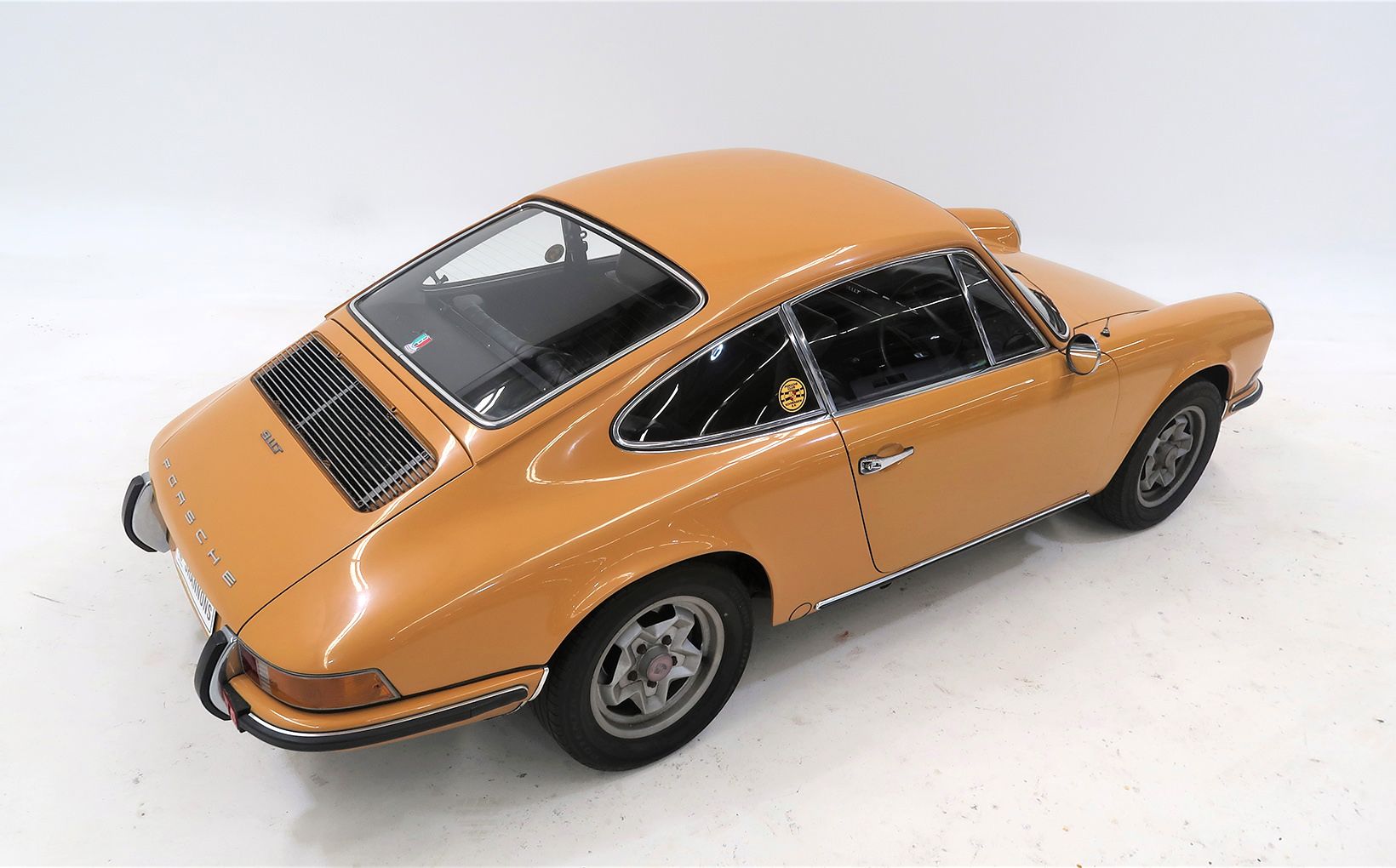 Not yet in the same league, but with great potential is a 1969 Porsche 911T 2.0 'Sportomatic' Coupe, appealingly offered in ‘Project’ condition.

The Australian-delivered small bumper car finished in Bahama Yellow with highly-desirable Houndstooth trim, that comes to auction after many years in storage, is an exciting ‘garage find’ – ready for a new owner to return it to its former glory.

Originally a Hamilton’s of Melbourne demonstration car, the Porsche later relocated to Sydney and has belonged to a number of NSW Porsche Club members over the years.

The current owner bought the Porsche more than 20 years ago (at an indicated 42,200km) and drove it regularly for the next 10 years.

Now showing 69,503kms on its odometer, the Porsche pleasingly hasn’t been converted to a manual gearbox and it retains its original engine cases, although it is fitted with a set of later ‘Cookie Cutter’ alloy wheels.

With all its important factory elements still in place, the 911 represents a very attractive project with plenty of time for its value to increase in the years ahead as early Porsches become harder to find. 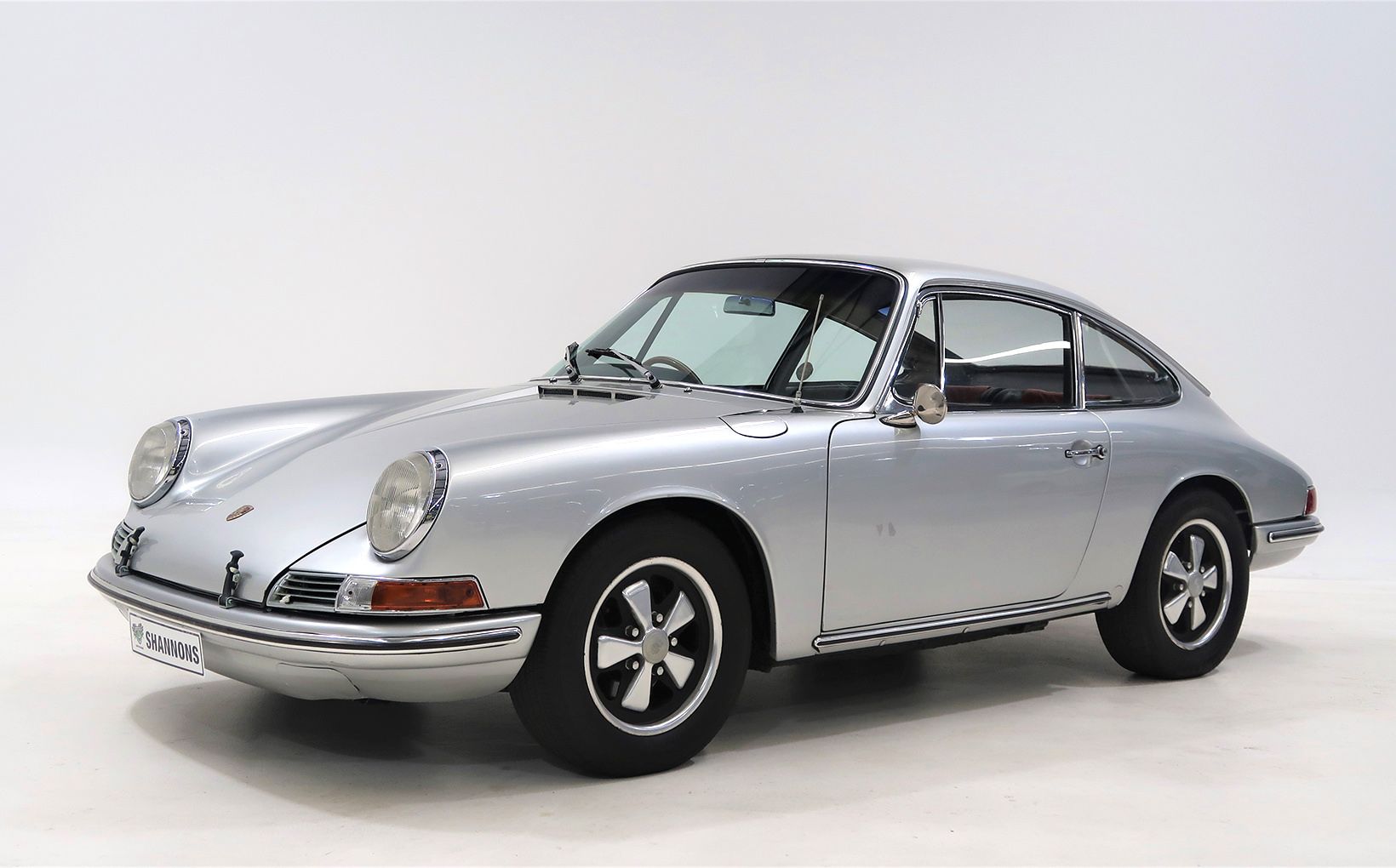 An alternative for those who love the original 911 shape, but who want to pay homage to Porsche’s four cylinder origins, is a very rare early factory right hand drive 1965 Porsche 912 factory fitted with five-speed gearbox, that was originally delivered to England through AFN Ltd.

Today the 912 has emerged from the shadows of its more illustrious stablemate, with plenty of club support and global spare parts networks able to keep the cars in fine fettle.

Well known in the UK as one of the earliest-known 912s, the car arrived in Western Australia in 2006, but later relocated to the East Coast and has spent the last few years stored at the current owner’s property in the Southern Highlands region of NSW.

Showing 83,339 miles at the time of cataloguing , the 912 today runs and drives well enough and with the soaring value of Butzi Porsche’s original 911/912 design, would make an ideal rolling restoration. 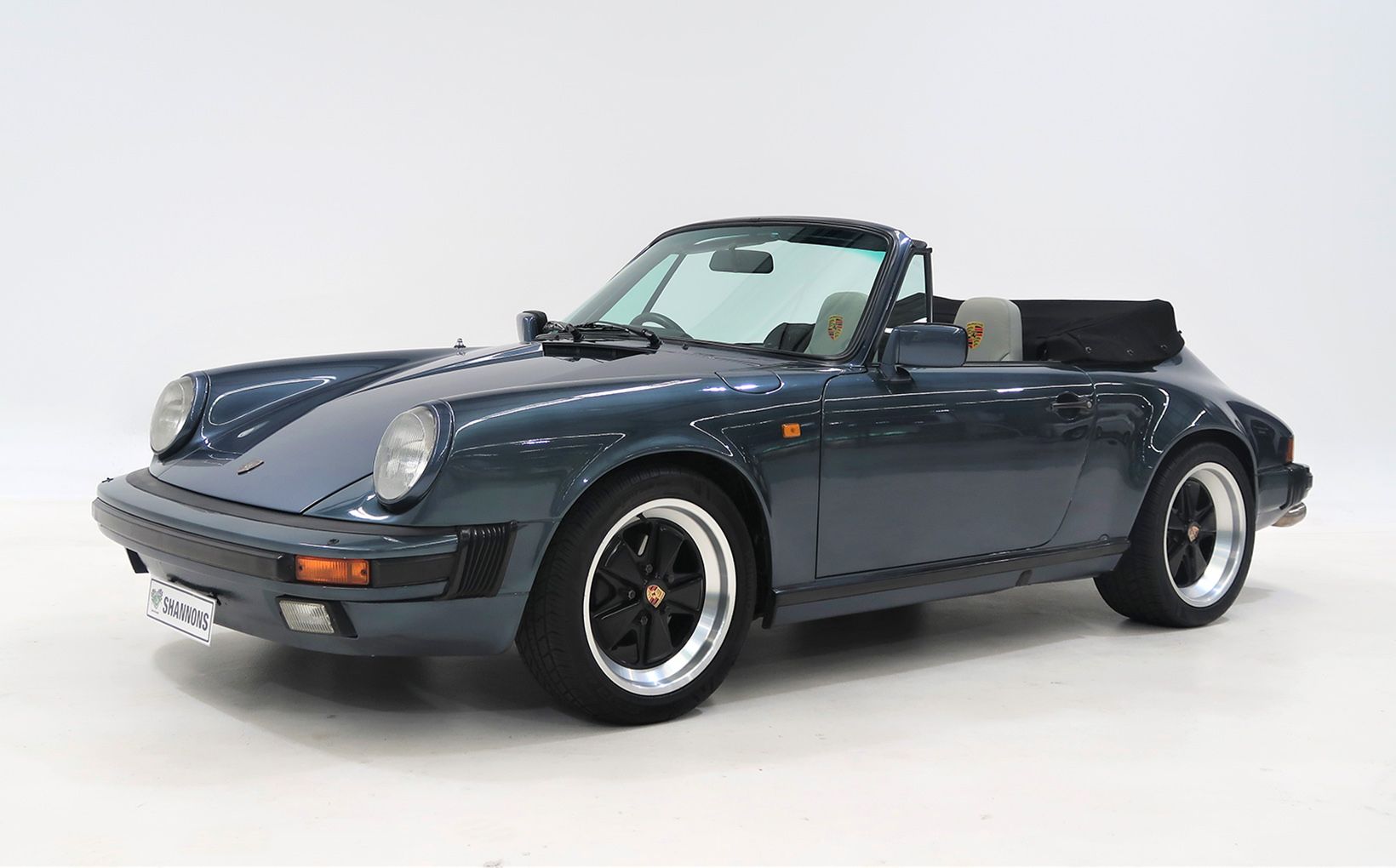 The 911 Targa is a lovely example, coming from 16 years of enthusiast ownership, regularly maintained and showing 268,378km at the time of cataloguing.

Showing just over 42,000 miles on the clock at the time of cataloguing, the 911 presents as a driver-level car throughout and represents excellent value for money at its quoted price range 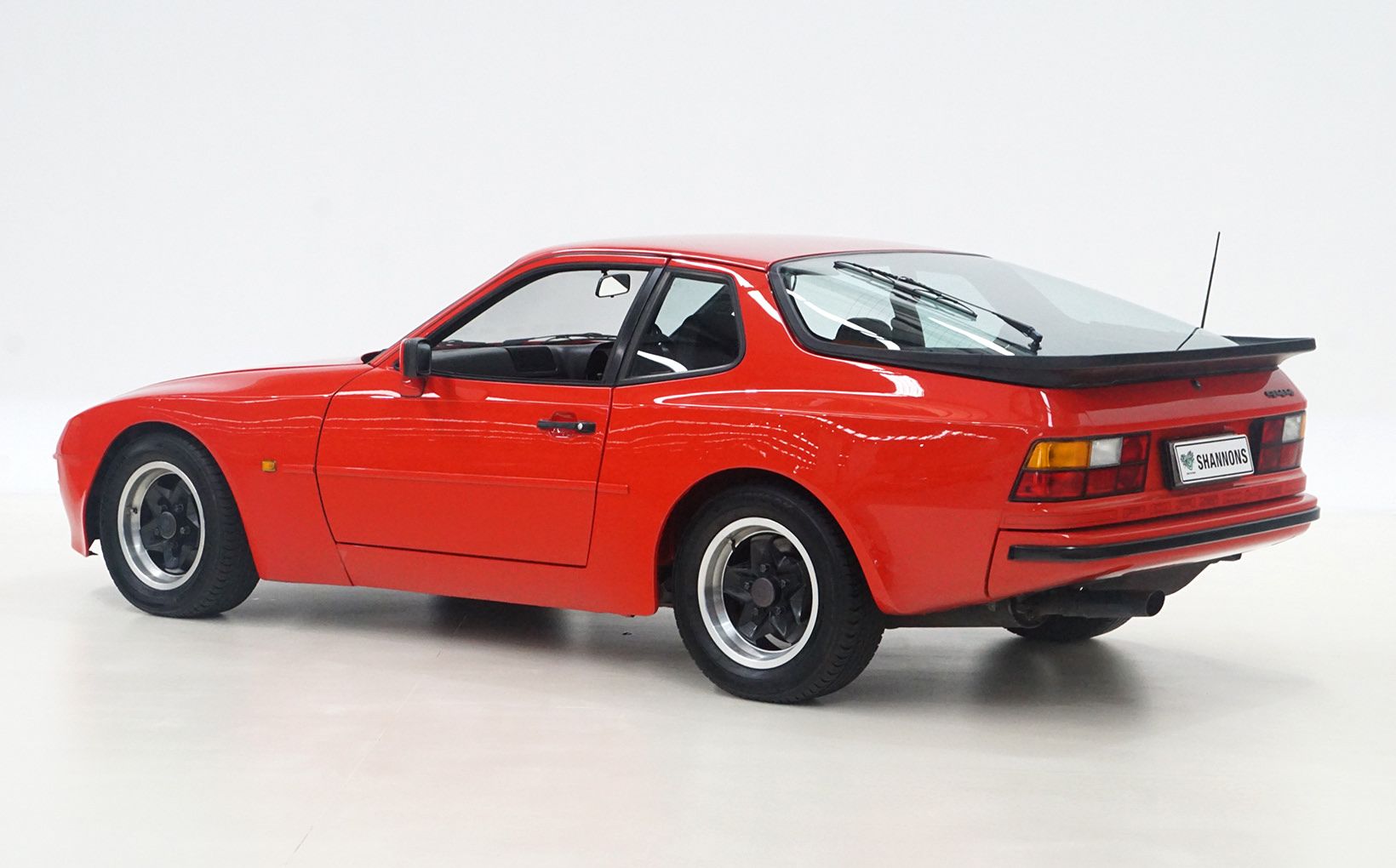 This well cared for Australian-delivered 944 coupe is one of three front-engined Porsches in Shannons current online auction, where it is expected to sell in the $30,000 - $38,000 range.

The Australian-delivered 944 coupe is a very well presented three-owner car that has been maintained in outstanding unmodified condition, with just 116,083km indicated (at the time of cataloguing).

The well-optioned 944 Turbo is a well-maintained, Increasingly collectible transaxle Porsche that has been enjoyed by its current owners in various navigational rallies over the past six years and has been carefully maintained in excellent running condition.

Finally, a peerless Porsche Grand Tourer is a 1980 Porsche 928 fitted with a later 928S4 body kit that has been in the same family ownership since 1992.

Formerly a UK car and with its odometer showing an indicated 212,988km at the time of cataloguing, the car presents well and with the price of 928s rising steadily in recent years, it is expected to sell with ‘no reserve’ for a similar $35,000 - $45,000.