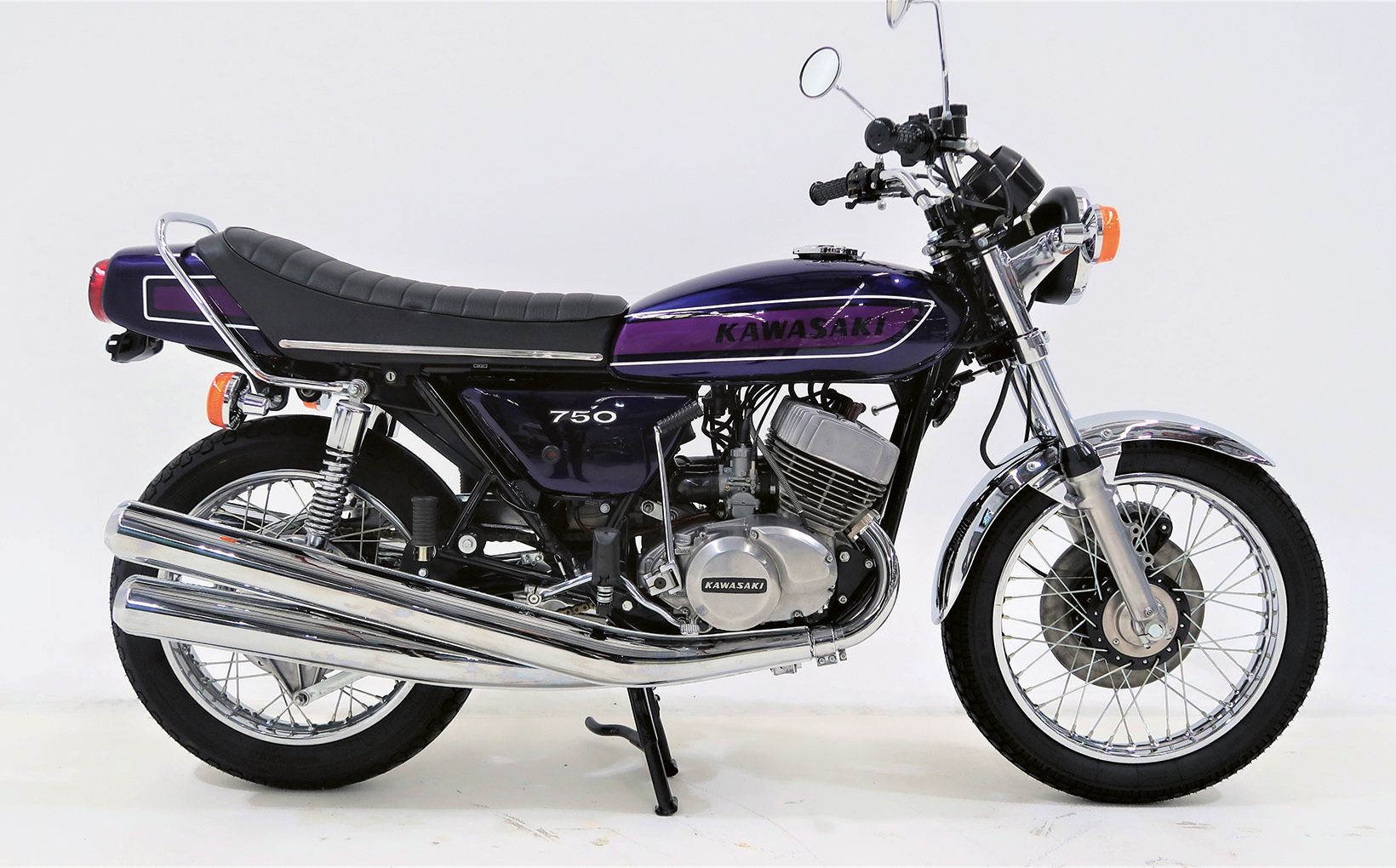 Early Japanese classics lead the way at Shannons Spring Timed Online Auction, with a total of 22 classic and sports motorcycles on offer.

With demand growing for rare Japanese sports motorcycles, Shannons have assembled 10 great examples for online bidders before the auction closes on September 7.

Two collectible Yamahas, three classic BMWs ranging in age from 1953-1984 are complemented by five British motorcycles led by two classic 1937 models – a Norton Model 18 500cc and an AJS V-Twin 37/2 990cc – plus a very rare Italian 1957 Aermacchi Chimera 175cc solo round out the motorcycles in the auction.

For classic scooter enthusiasts Shannons has a freshly restored 1964 Lambretta Li125cc offered at ‘no reserve’ and expected to sell in the $6,000-$8,000 range.

The stars of the motorcycles are the three Kawasakis that all come from the Japanese maker’s ‘purple period’ in the 1970s.

Leading the charge is an H2C 750cc 2 stroke triple – a stunning example of Kawasaki’s original superbike with eye-watering straight-line acceleration, that comes from a private collection based in NSW and that has covered just 320 miles since a full restoration by marque specialists.

Beautifully presented in period correct Candy Purple, the bike was originally sourced in the USA, with great care has been taken to keep everything factory correct during the rebuild. It is expected to sell in the $26,000-$32,000 range. 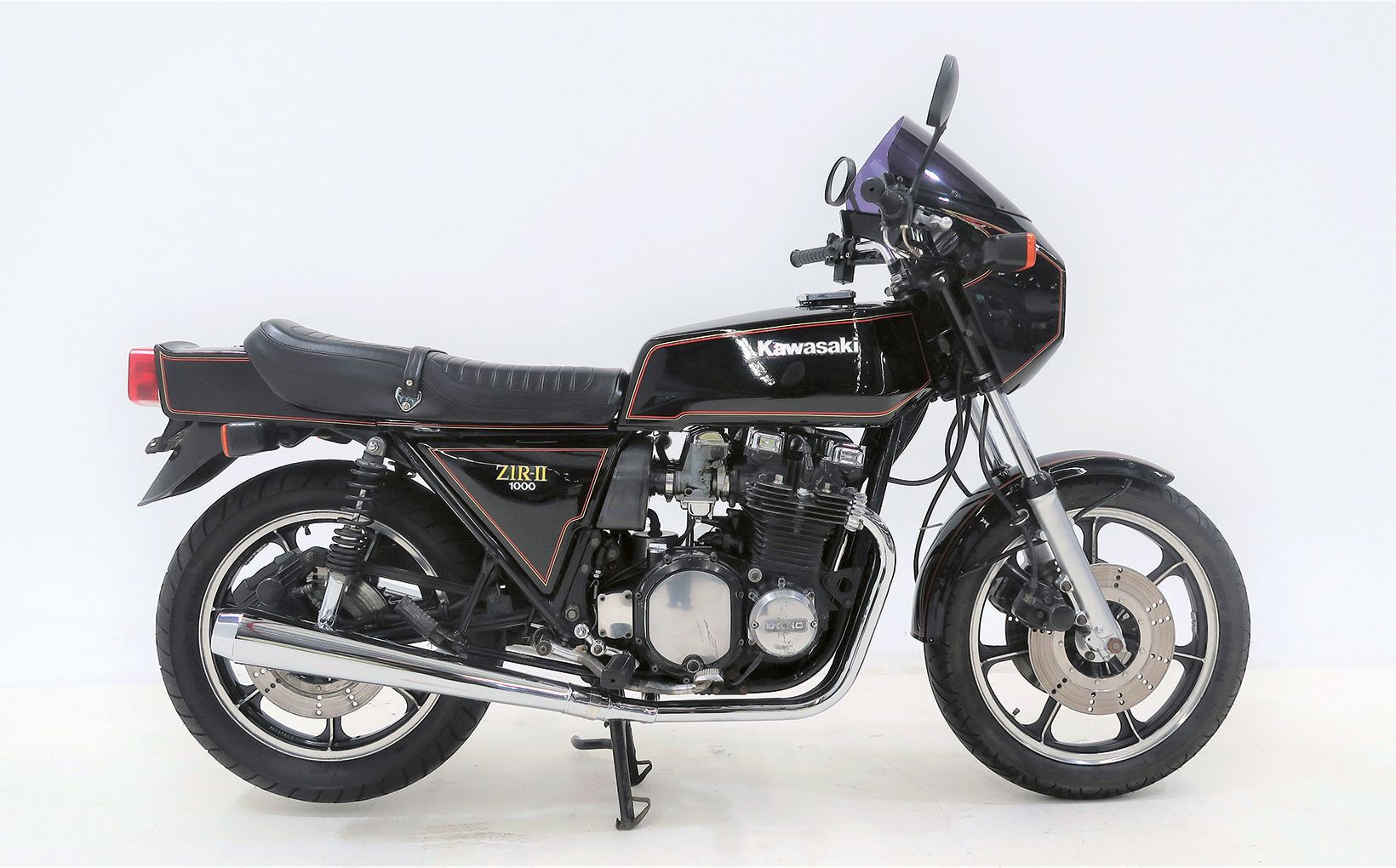 For similar money ($25,000 - $30,000), there is a rare and collectible Australian-delivered 1979 Kawasaki Z1R MkII D3 1000cc that has been the subject of substantial recent refurbishment, including a new exhaust system sourced from Japan.

The line-up continues with a 1974 Kawasaki H1F 500cc triple from the same Sydney-based private collection, this lovely example also originating from America also underwent a full restoration by marque specialist Gary Clarke’s Downpipe 3 in the UK. Now showing just 39 miles on its odometer since completion, the bike is slated to sell in the $16,000-$22,000 range.

Last, but by no means least, there is a very rare UK-delivered 1978 Kawasaki KH400cc triple also treated to a correct full nut-and-bolt restoration back to its original specifications by Downpipe 3.

Recently imported to Australia by the vendor, a Sydney enthusiast with a small collection of ‘70s Kawasaki’s, the KH400 looks fantastic in period correct colours and even sports its original exhausts, virtually unobtainable these days. Showing just 25 miles on its odometer since completion, it is expected to sell for $14,000 - $18,000. 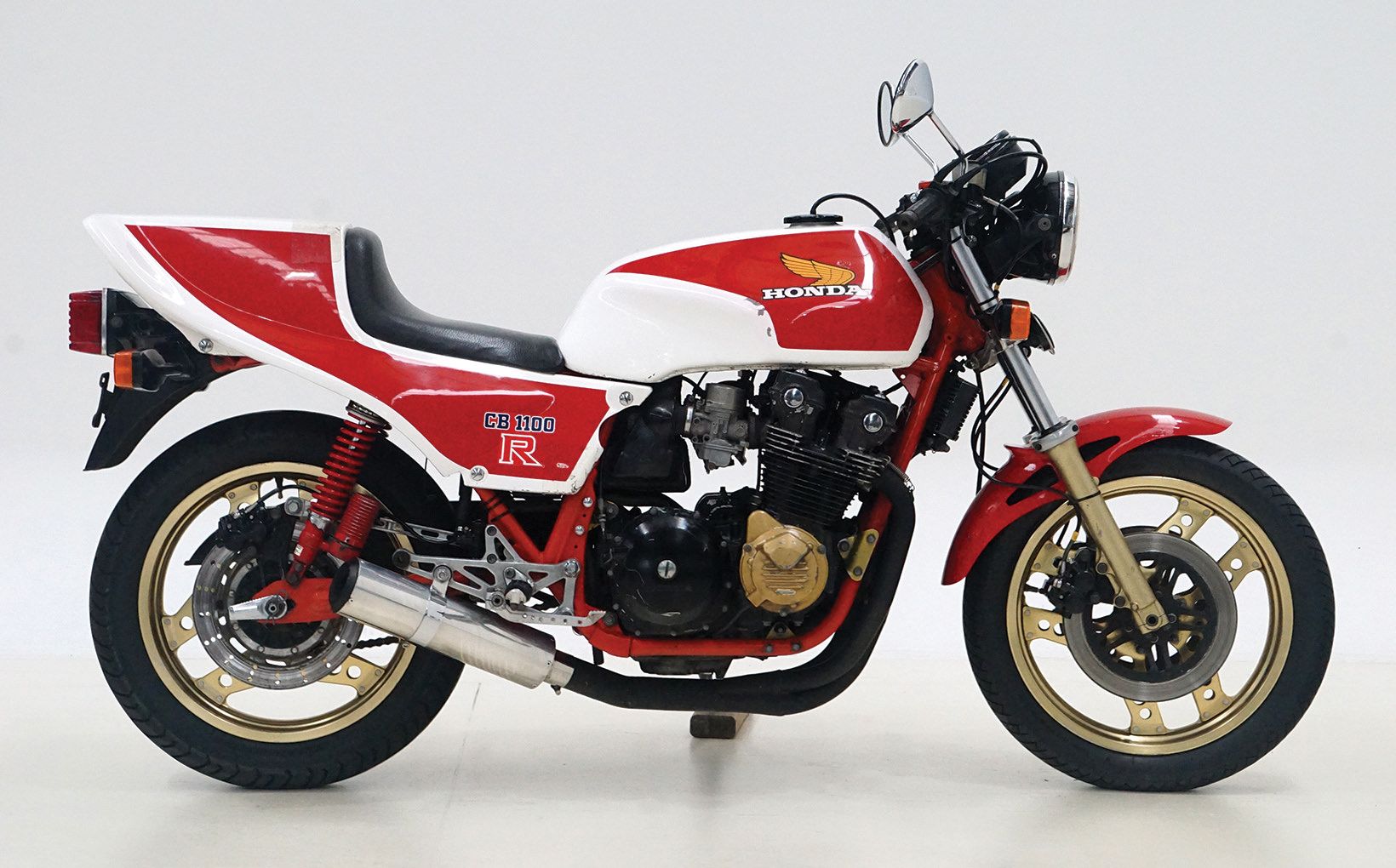 Honda enthusiasts will find it hard to go past the 1980 Honda CB1100RB that was developed by Honda primarily for the Castrol 6 Hour production bike race, then Australia’s premier motorcycle event, at the now defunct Amaroo Park circuit in Sydney. Future World 500cc Champion Wayne Gardner absolutely dominated the race on debut in 1980 aboard a CB1100RB, scoring a flag to flag victory.

Essentially hand-made in limited numbers, the purpose-built homologation special being auctioned is also rare as number 14 of just 112 ever made. Coming from long term ownership and offered at no reserve, it represents a rare opportunity to purchase a significant motorcycle with important provenance, with an expected selling range of $30,000-$35,000. 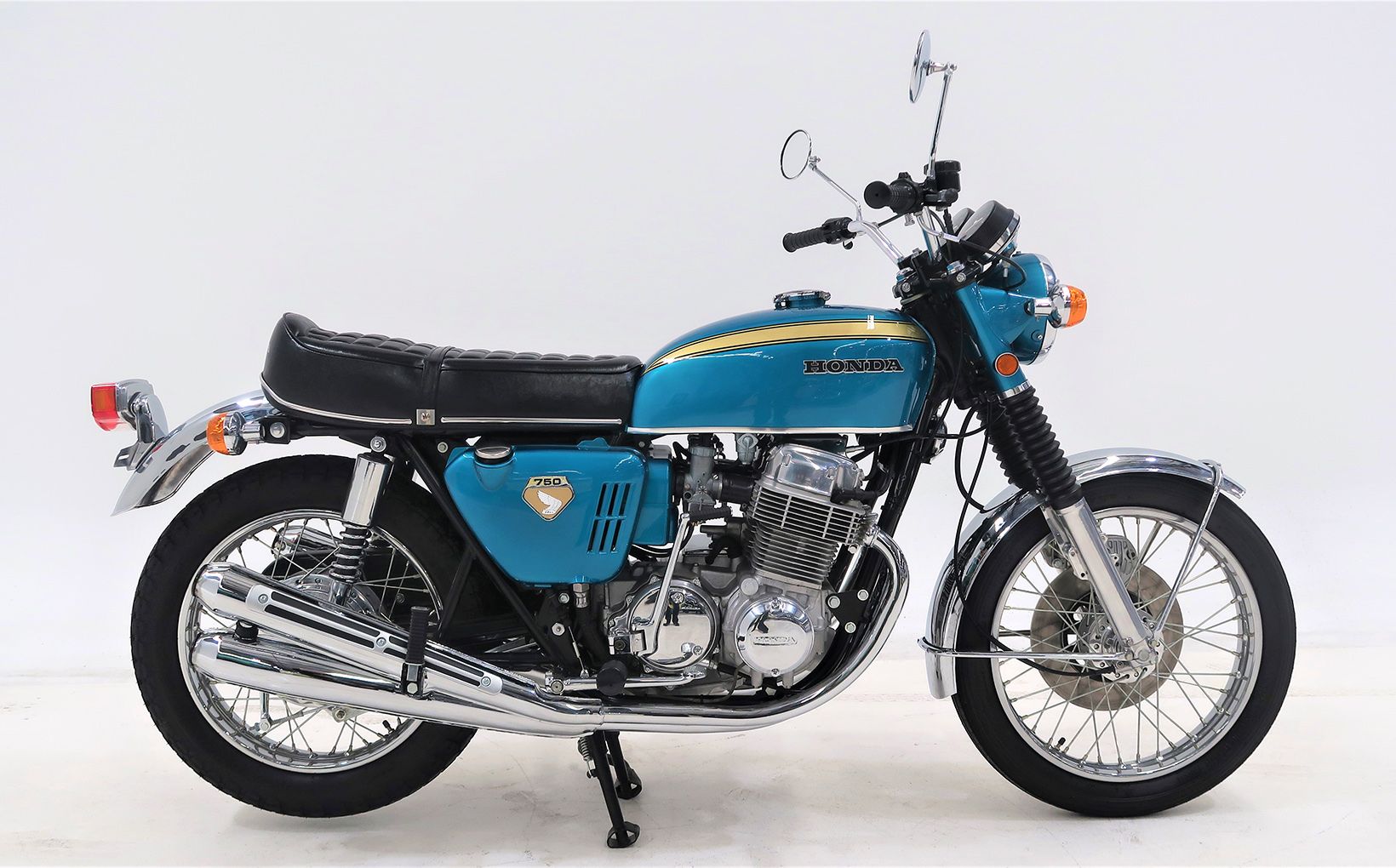 Hugely collectable is a ‘Sandcast’ 1969 Honda CB750cc K0 superbike that was discovered by its current owner in the USA and underwent a meticulous restoration in Australia from 2017 in time for the CB750’s big anniversary celebrations held at Broadford in April 2019. Offered with ‘no reserve’, it is expected to sell in the $50,000 - $60,000 range.

Other important Hondas include a one-owner and very innovative 1982 CX500 T motorcycle in beautiful original condition. Built for one year only, its turbocharged engine virtually doubled the standard engine’s horsepower. With surviving examples proving very collectible, the Honda is expected to bring between $14 - $16,000. 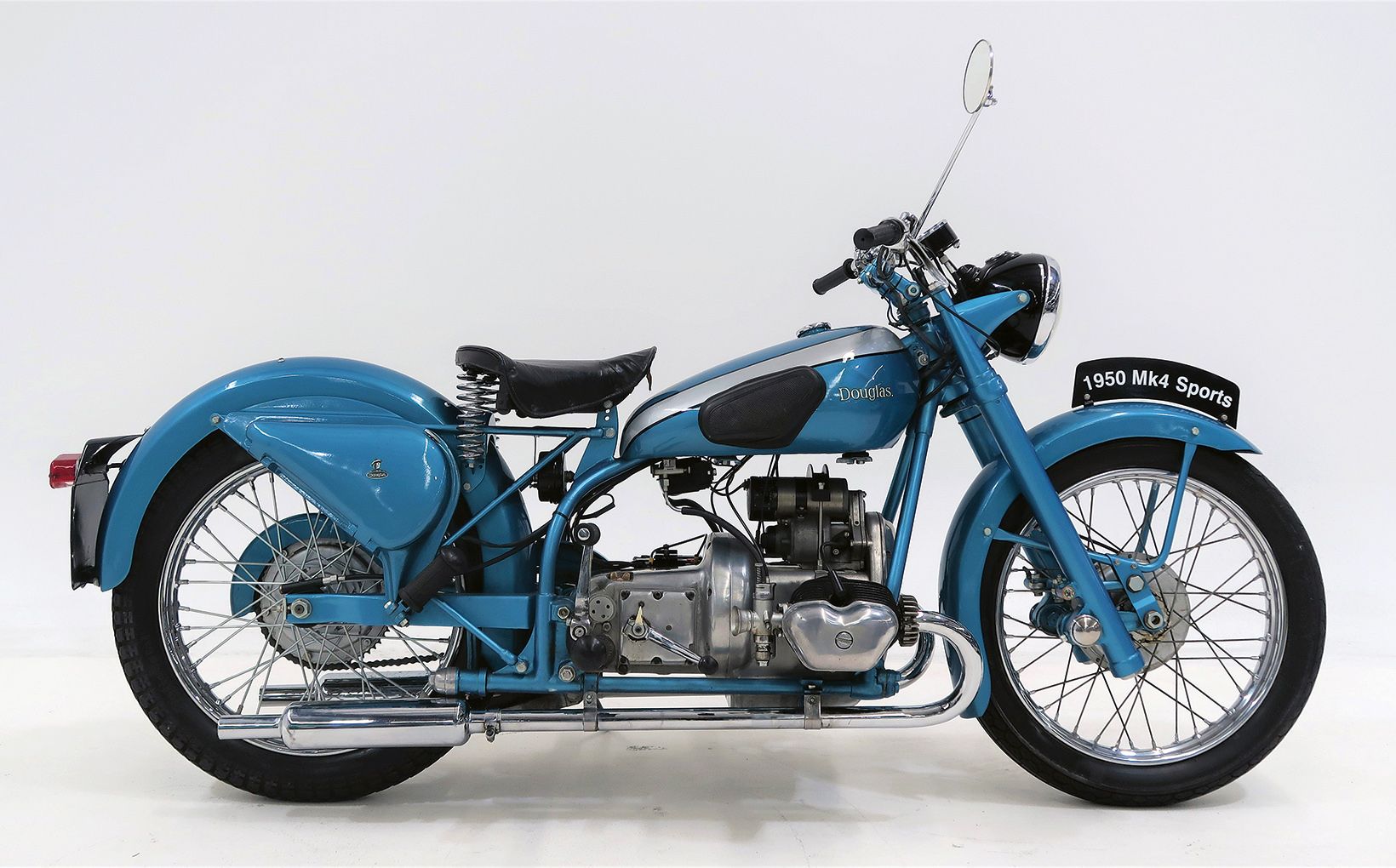 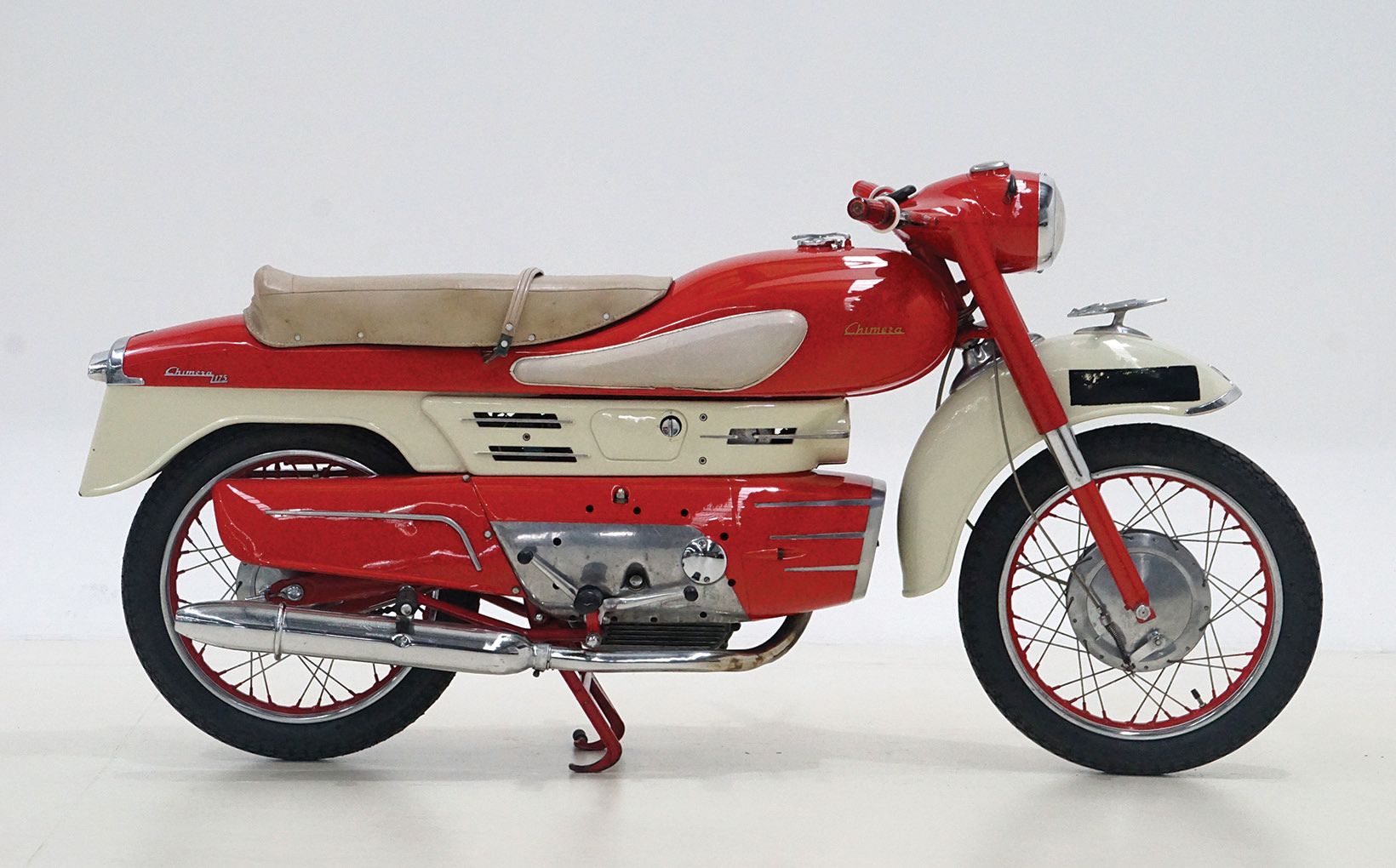 Finally, if you want to stand out from the crowd on a coffee run, there is a very rare 1957 Aermacchi Chimera 175cc Motorcycle in running condition – one of just 119 produced, whose ‘futuristic’ styling was a step too far for Italians brought up with more traditional Vespas and Lambrettas ($16,000 - $20,000).