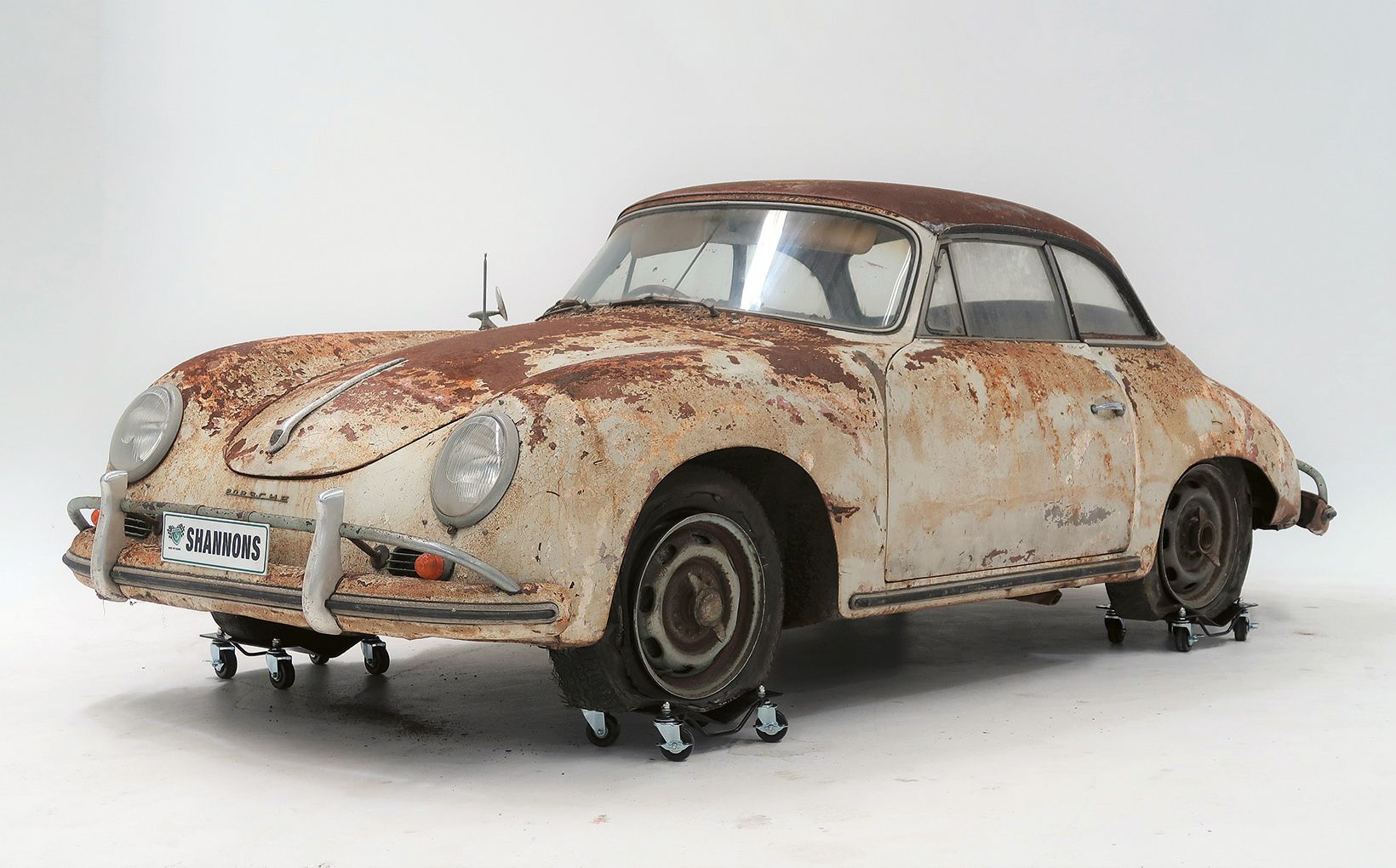 A late-1958 Porsche 356A Cabriolet factory-equipped with a rare Karmann hardtop and even-rarer 15in x 4in Rudge knock-off wheels, is one of the feature lots of Shannons 2021 Summer Timed Online Auction from February 16-23. 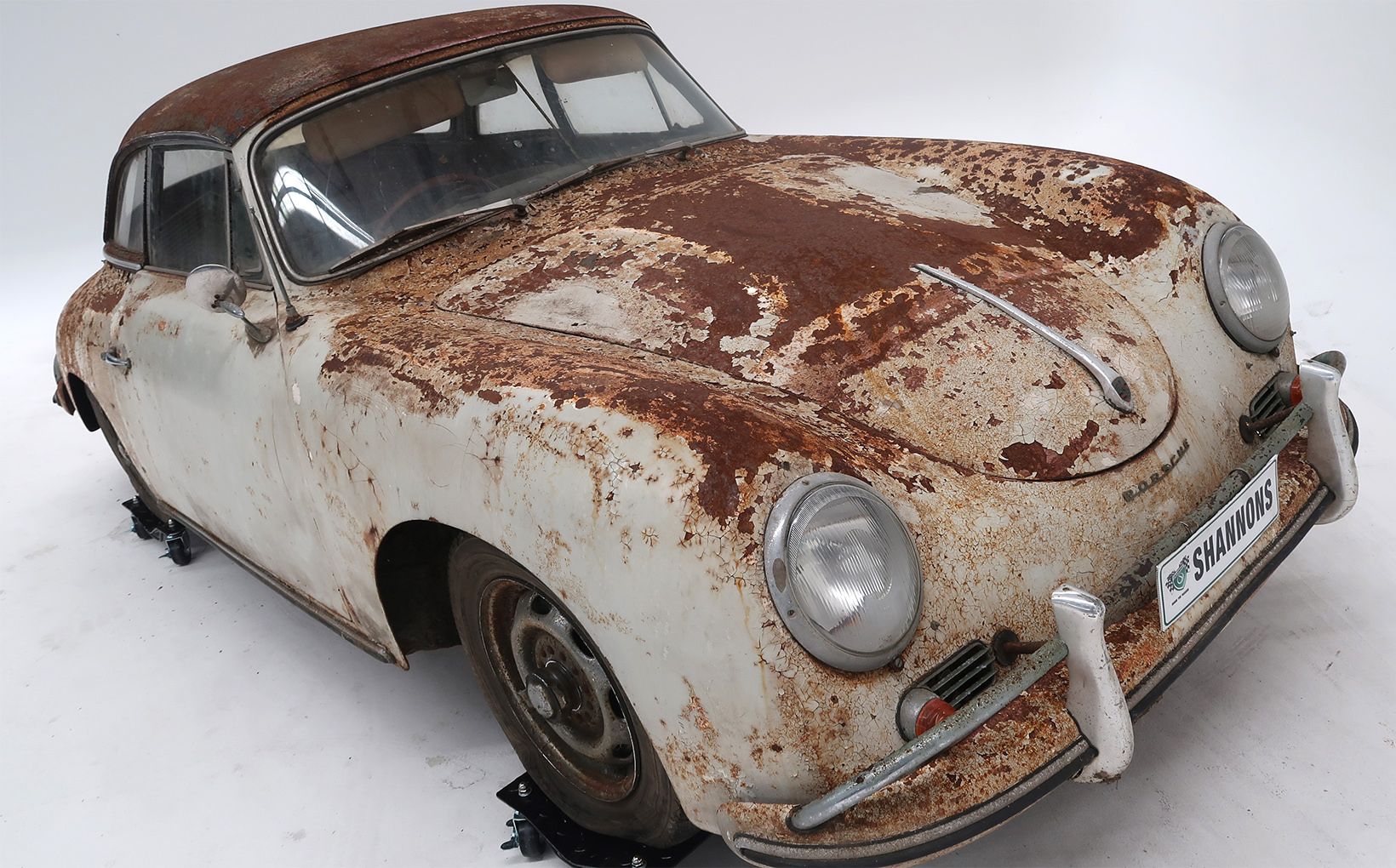 This true ‘barnfind’ 1958 Porsche 356A Cabriolet is being offered in ‘project condition’.

The rusty, but complete and unchanged Australian-delivered early Porsche with its more powerful 1600 Super engine – one of just 1,382, 356A 1600 Super Cabriolets built in 1958 - was originally delivered new through Hamiltons in Melbourne fitted with a comprehensive list of factory options. 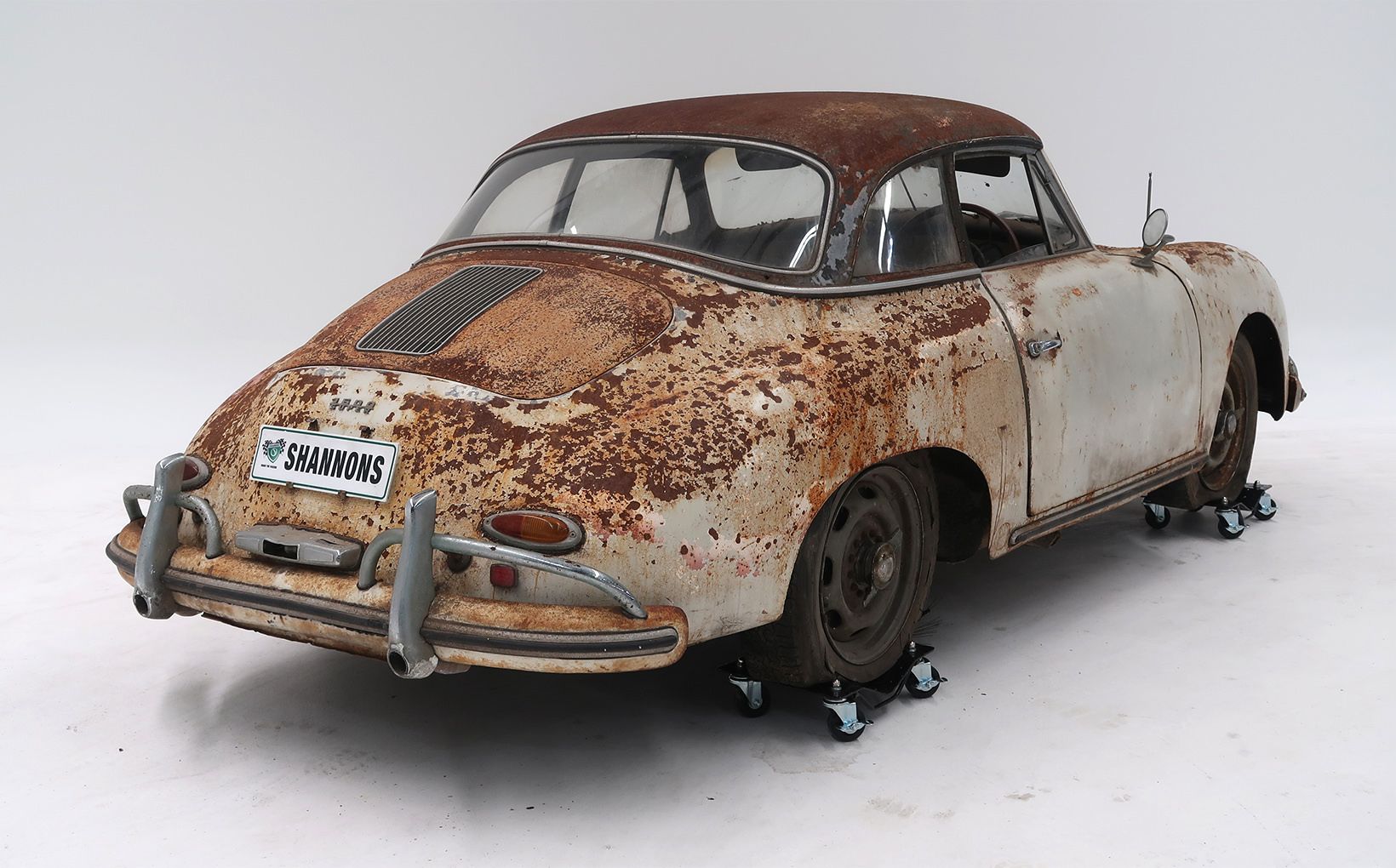 This once-beautiful 1958 Porsche 356A Cabriolet spent 25 years stored and undriven beneath a Brisbane church before being emerging for Shannons 2021 Summer Timed Online Auction.

Twelve years later, the Porsche was in Queensland, where it was purchased second-hand in early March 1970 from Brisbane’s Maxim Motors by its late female owner. Papers with the car record she paid $1,162 for it - less the $250 trade-in credit she received for her VW Beetle. However, after driving the Porsche for some years it was stored beneath a Newmarket, Brisbane church in 1995 with its odometer then showing 12,482 miles and remained there, undriven, for the next 25 years. During its active years it wore the hallowed Queensland Porsche numberplate 356POR before its registration lapsed. 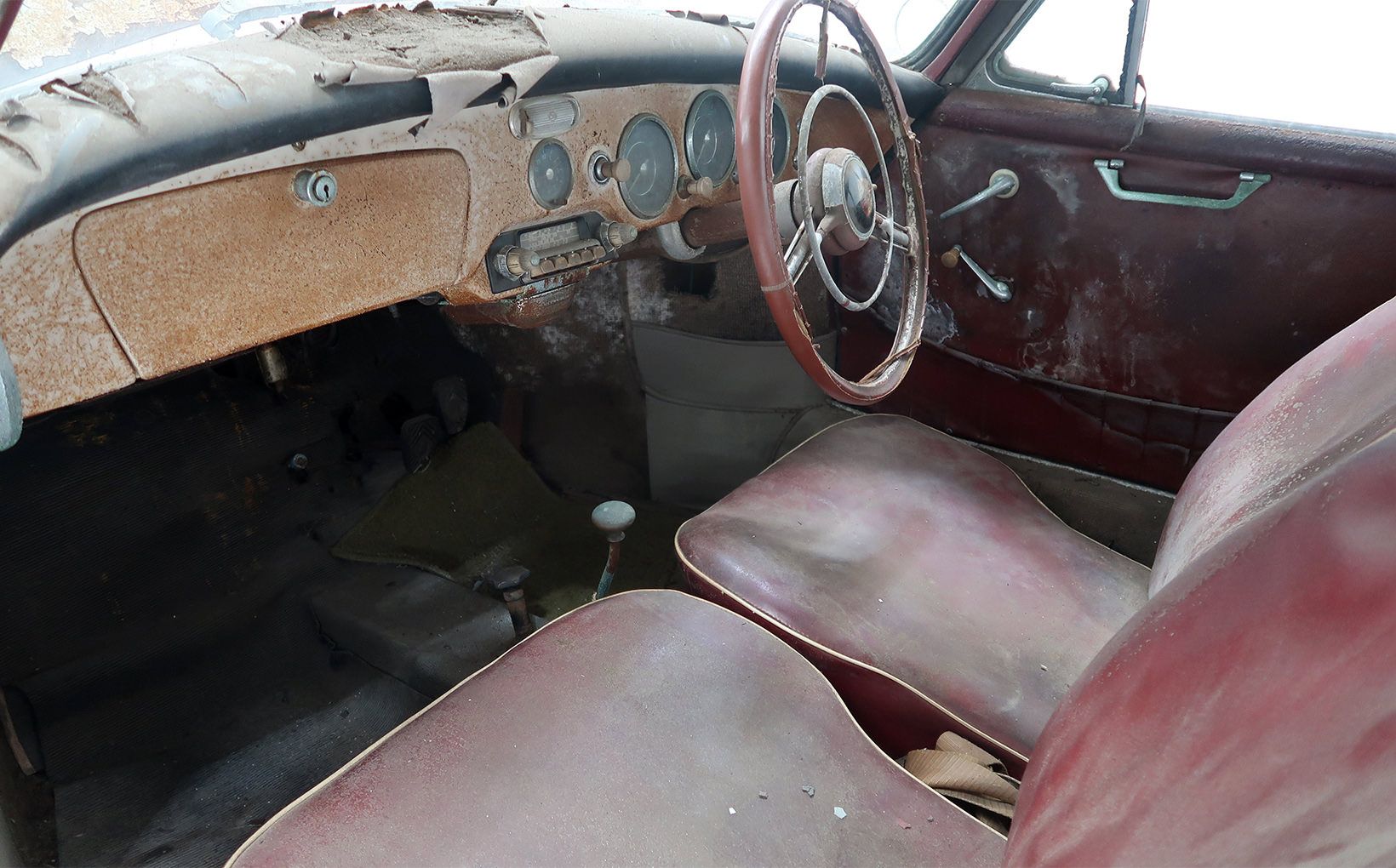 With its once-gleaning white paintwork now badly pockmarked by rust, its formerly plush red leatherette upholstery ravaged by time, its tyres perished and its 75HP, 1582cc four cylinder engine not running, the Porsche requires a total bumper to bumper restoration.

However, Shannons believe its exceptionally ‘cool’ patina might prompt a purchaser to restore the car mechanically and apply a clearcoat to suspend its current exterior in time, creating the ultimate classic Porsche conversation piece. On the other hand, due to its provenance, factory options and rarity, others might undertake a full nut and bolt restoration. 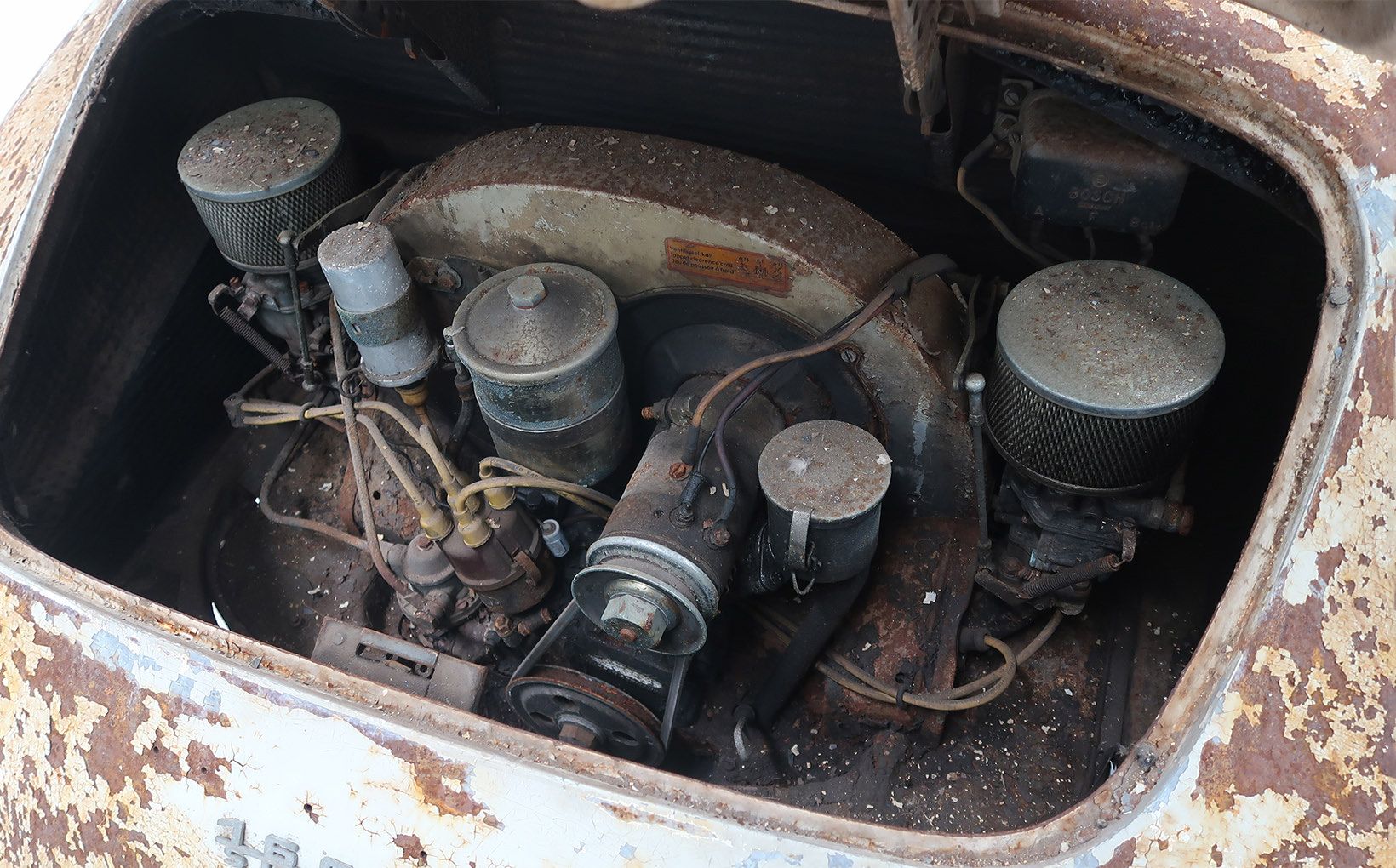 The 1958 Porsche 356A Cabriolet 1600 Super in Shannons 2021 Summer Timed Online Auction from February 16-23 is in complete but non-running condition.

Another collectible and desirable classic Porsche in the online auction is a left hand drive 1968 Porsche 912 Coupe.

Offered in less challenging ‘project’ condition, the 912 with its 66kW (90HP) 1600cc four cylinder engine, was introduced in 1965 as a cheaper entry-level alternative to the new six cylinder 911, whose body and most of its other major mechanical components it shared. 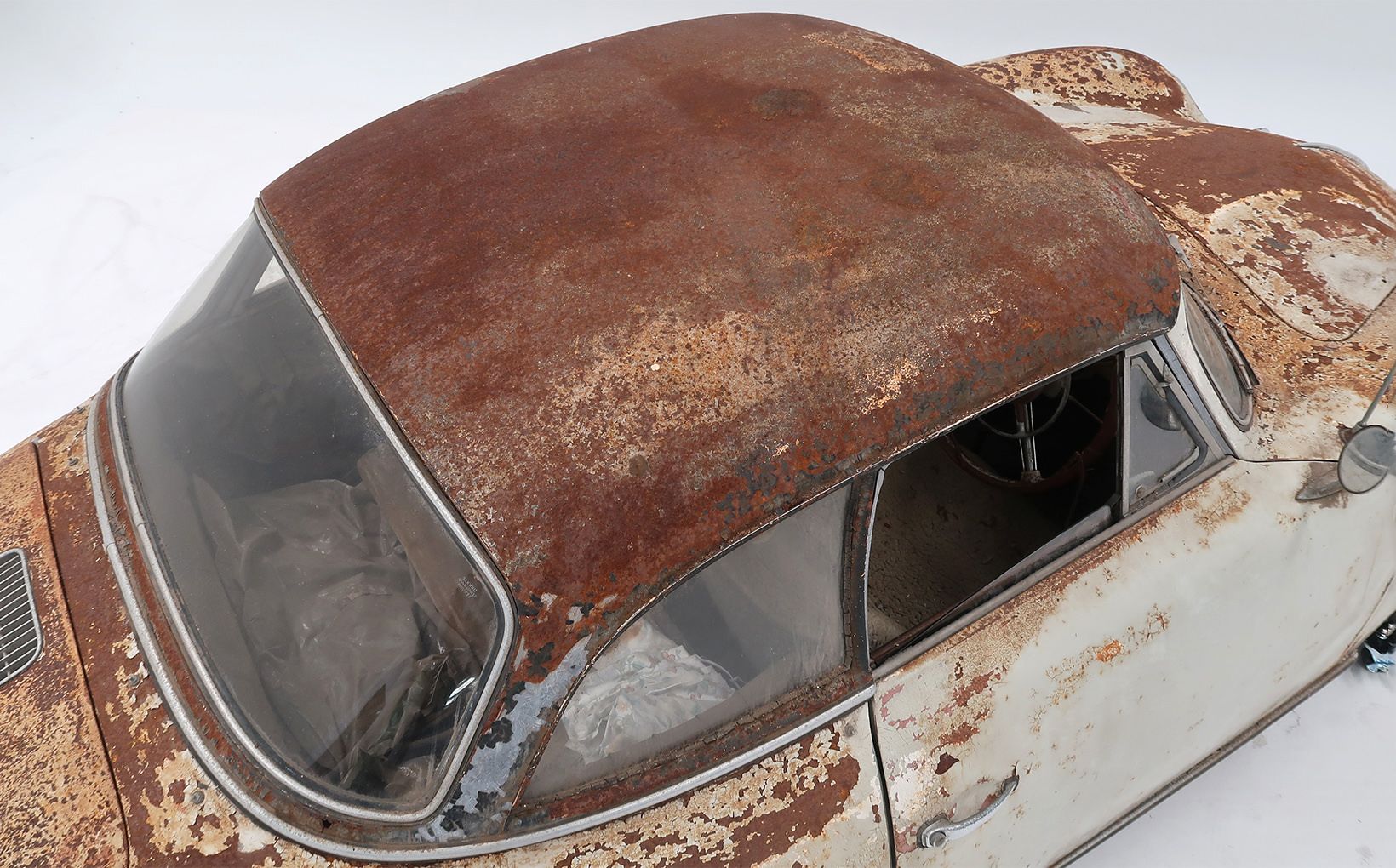 The Porsche’s once-beautifil white paintwork and its Ruby Red hardtop have now been ravaged by rust.

Although complete, the brown with black leatherette upholstery USA-delivered coupe being auctioned by Shannons requires some attention to rust and some interior trimming work. Offered with ‘no reserve’, it is expected to sell in the $20,000-$30,000 range, potentially making it a very attractive alternative to Porsche enthusiasts wanting the look of an early 911 without the price tag.