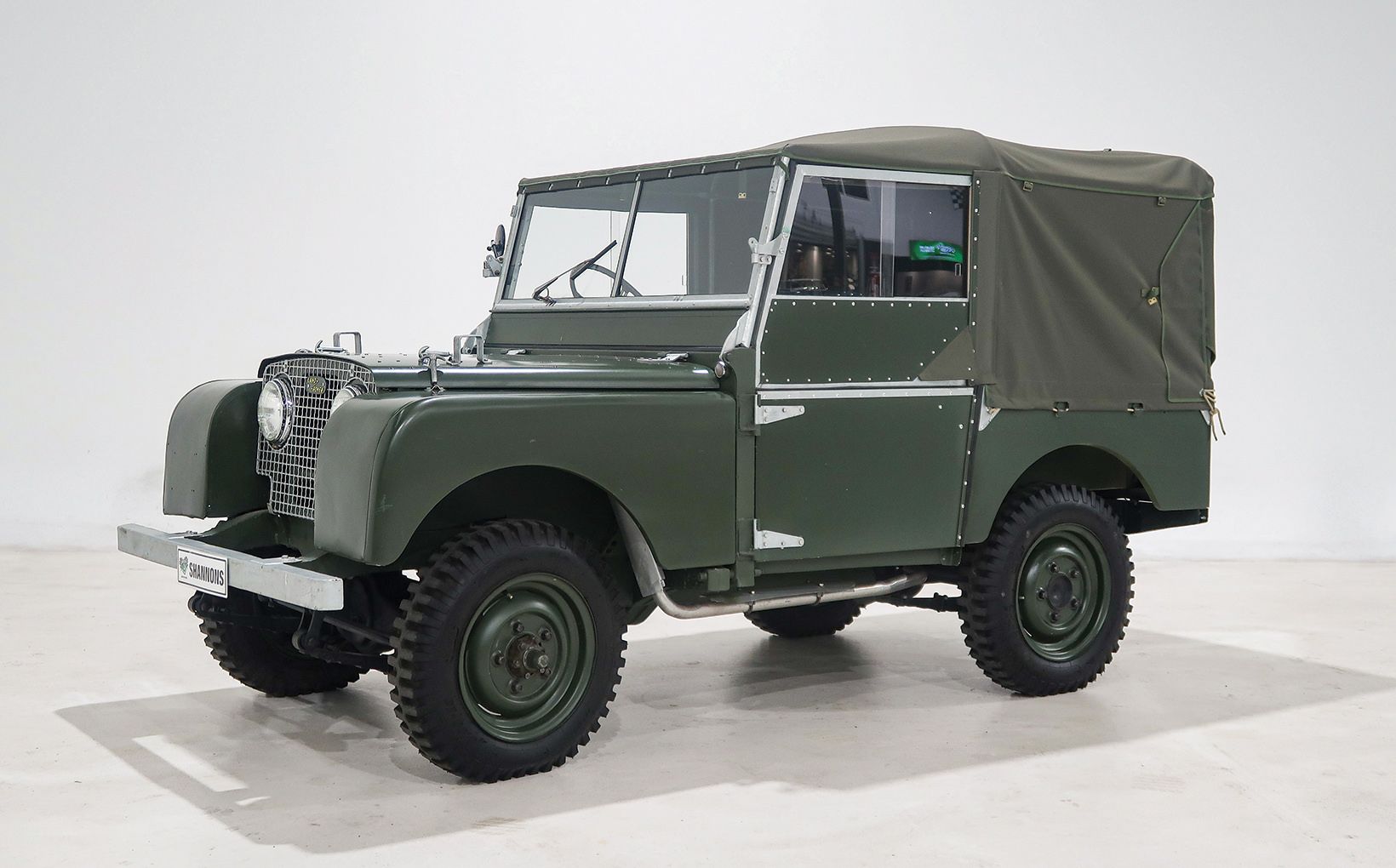 Four classic Land-Rover variants, an iconic Toyota LandCruiser, a Subaru L-Series Station Wagon and two collectible short-wheelbase Mitsubishi Pajero Evos are included in the many off-road lots on offer amongst the 132 classic vehicles, 38 motorcycles and 22 black and white numerical number platers on offer.

Early Land-Rovers are; proving the most collectible of classic 4WDs and there is a selection of three Series II and Series III models in the mix, along with a 1977 ‘Suffix D’ Range Rover.

The earliest’ Landie’ is a 1950 Land Rover Series 1 80-inch wheelbase Wagon with a fabric top offered in excellent, restored condition in traditional Land-Rover Ascot Green and expected to bring $40,000-$50,000.

Finished in arresting CFA orange-red for maximum bushfire visibility, showing cosmetic evidence of a hard bush life and fitted with a bonnet-mounted spare wheel, two red warning lights on its metal cab and twin antennas, the Land-Rover with its 2625-cc/94-hp six-cylinder engine is offered with ‘no reserve’. It is expected to sell in the $20,000-$25,000 range, making it an easy-to-service classic vehicle for rugged inland travel. 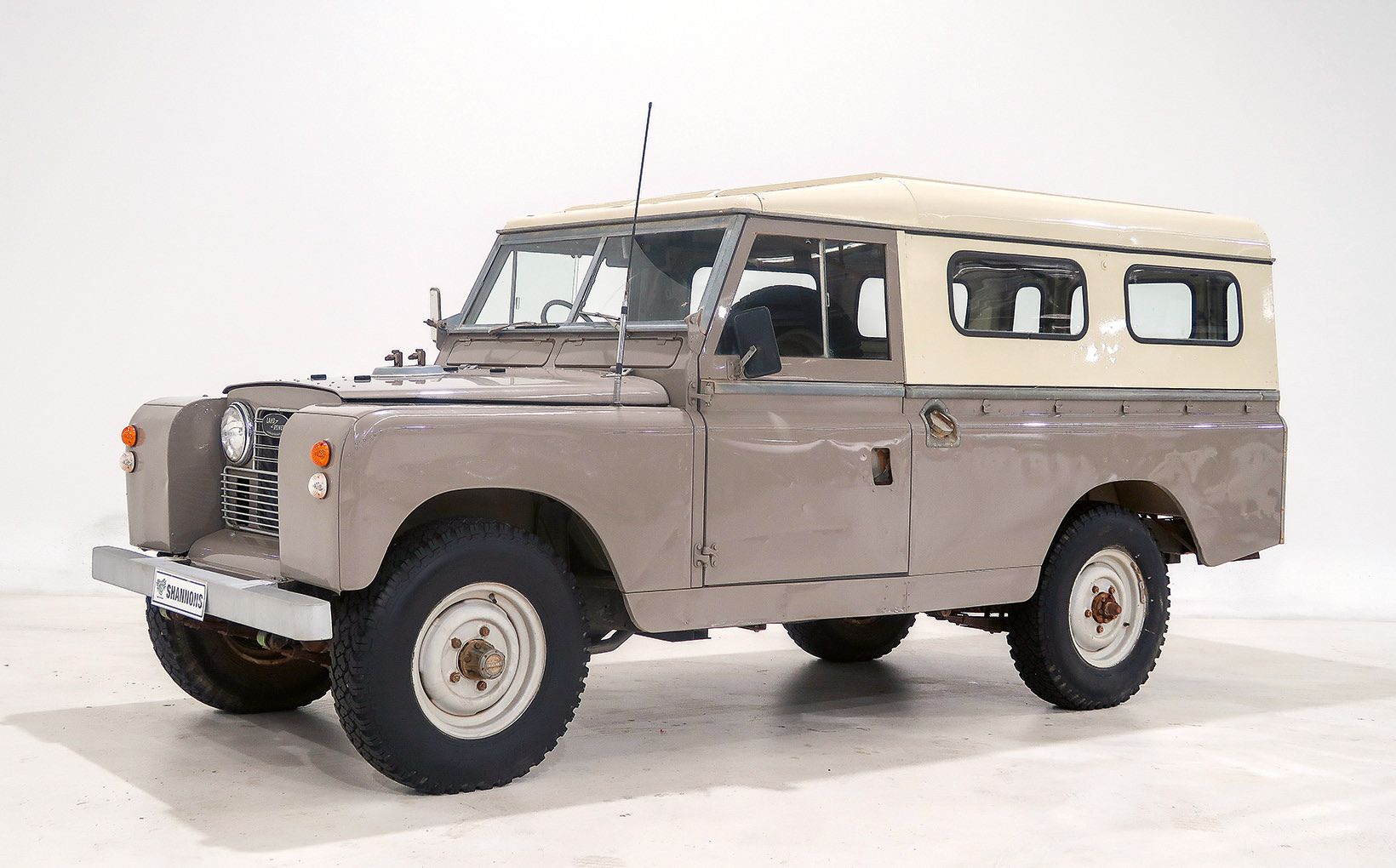 There are four classic Land-Rover variants in Shannons timed, online Winter Auction from August 2-9, including this 1969 model 109-inch wheelbase Series II pick-up in good condition that is expected to bring $15,000-$20,000.

If you need more family and cargo space, for similar money Land-Rover buyers have a choice of two long-wheelbase six cylinder Land-Rovers – a 1969 109-inch wheelbase Series II pick-up in good condition, finished in Mushroom and fitted with a white four side window hardtop and a beige, updated 1981 Land Rover Series III 109-in wheelbase Stage 1 V8 Wagon with minimal body rust but fitted with a then-new 3532cc Rover V8-engine. 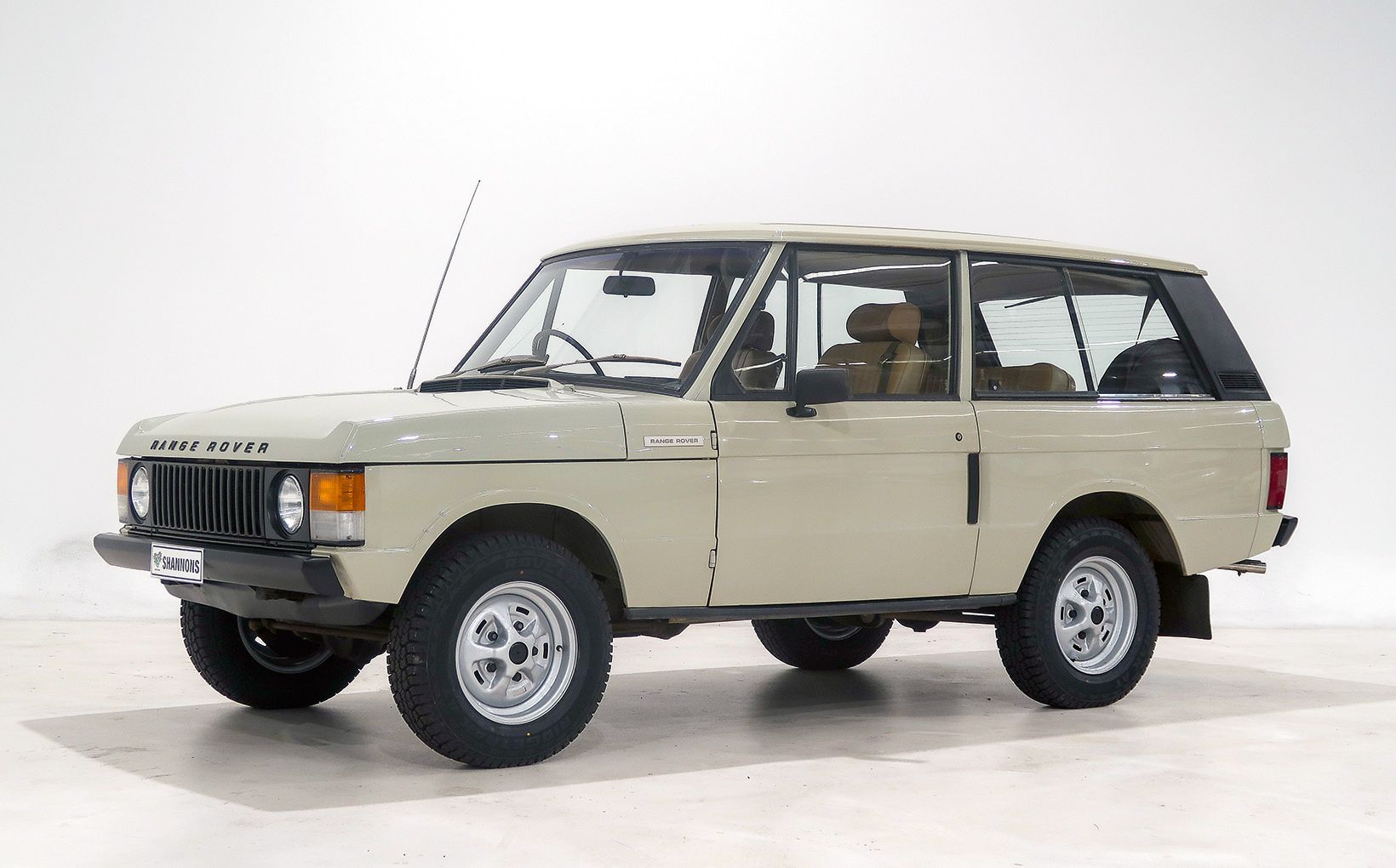 Finally, for serious Land-Rover enthusiasts, there is a rare 1977 Range Rover V8 ‘Suffix D’ in faithfully-restored condition, that would be an important part of any Land-Rover collection and expected to sell with ‘no reserve’ in the $38,000-$48,000 range.

This pinnacle two-door V8 Land-Rover of the era with its four-speed manual gearbox, long-travel suspension and two-speed transfer case was the most comfortable and capable off-road vehicle of its time, equally at home transporting executives to remote mining sites as it was at an opera opening nights. 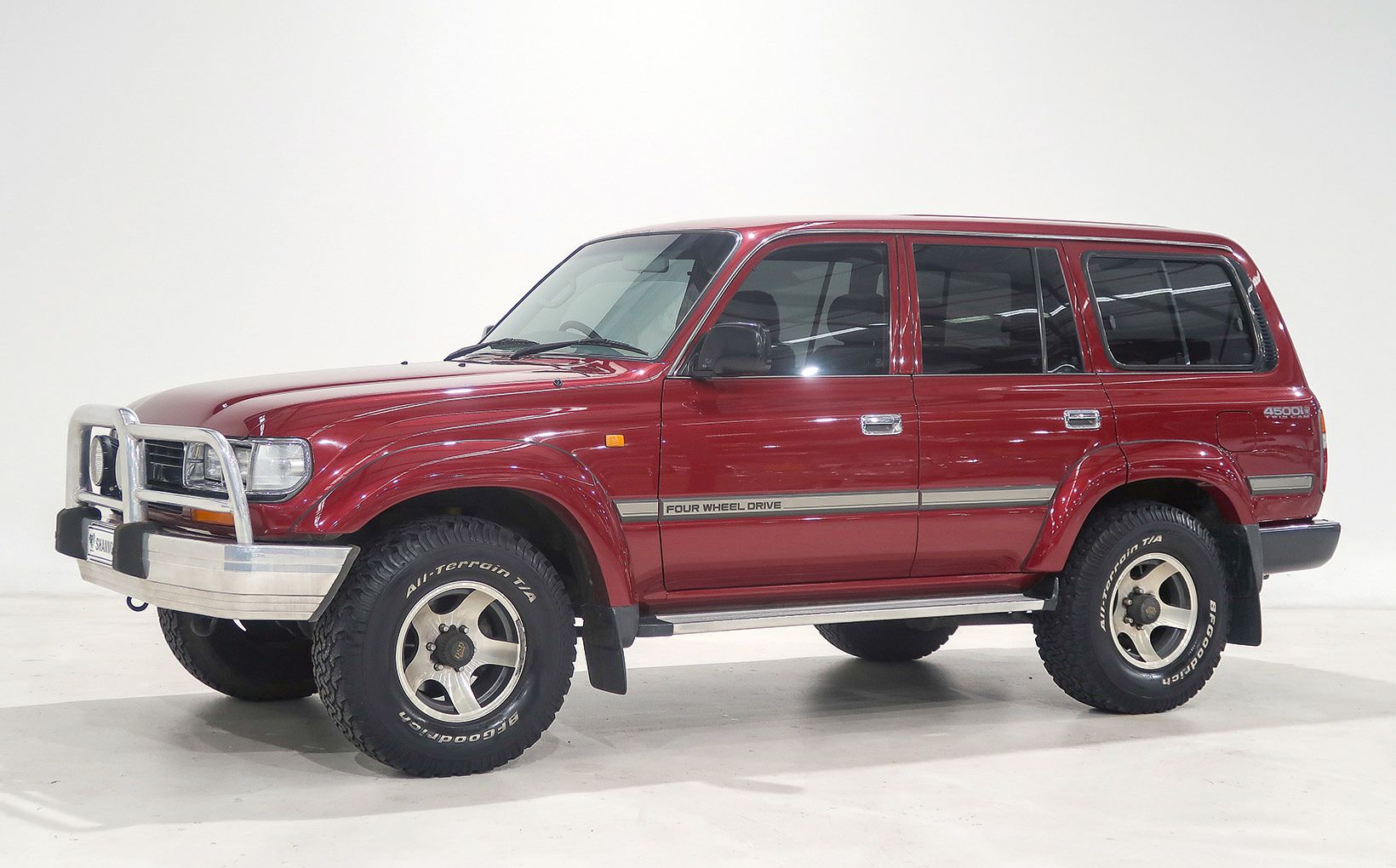 Its Japanese rival at the time was Toyota’s LandCruiser and Shannons also has a 1993 FZJ80 four door Landcruiser GXL Station Wagon model in the Winter Online Auction.

The freshly-restyled seven-seater model with its 4.5 litre six cylinder petrol engine raised the off-road luxury bar in its day and is now eagerly sought-after today by Landcruiser collectors for its comfort, long-legged cruising comfort and all-road ability.

The nicely-presented station wagon is fitted with an original factory front bull bar, driving lights and cloth upholstery and is expected to sell in the $28,000-$38,000 range. 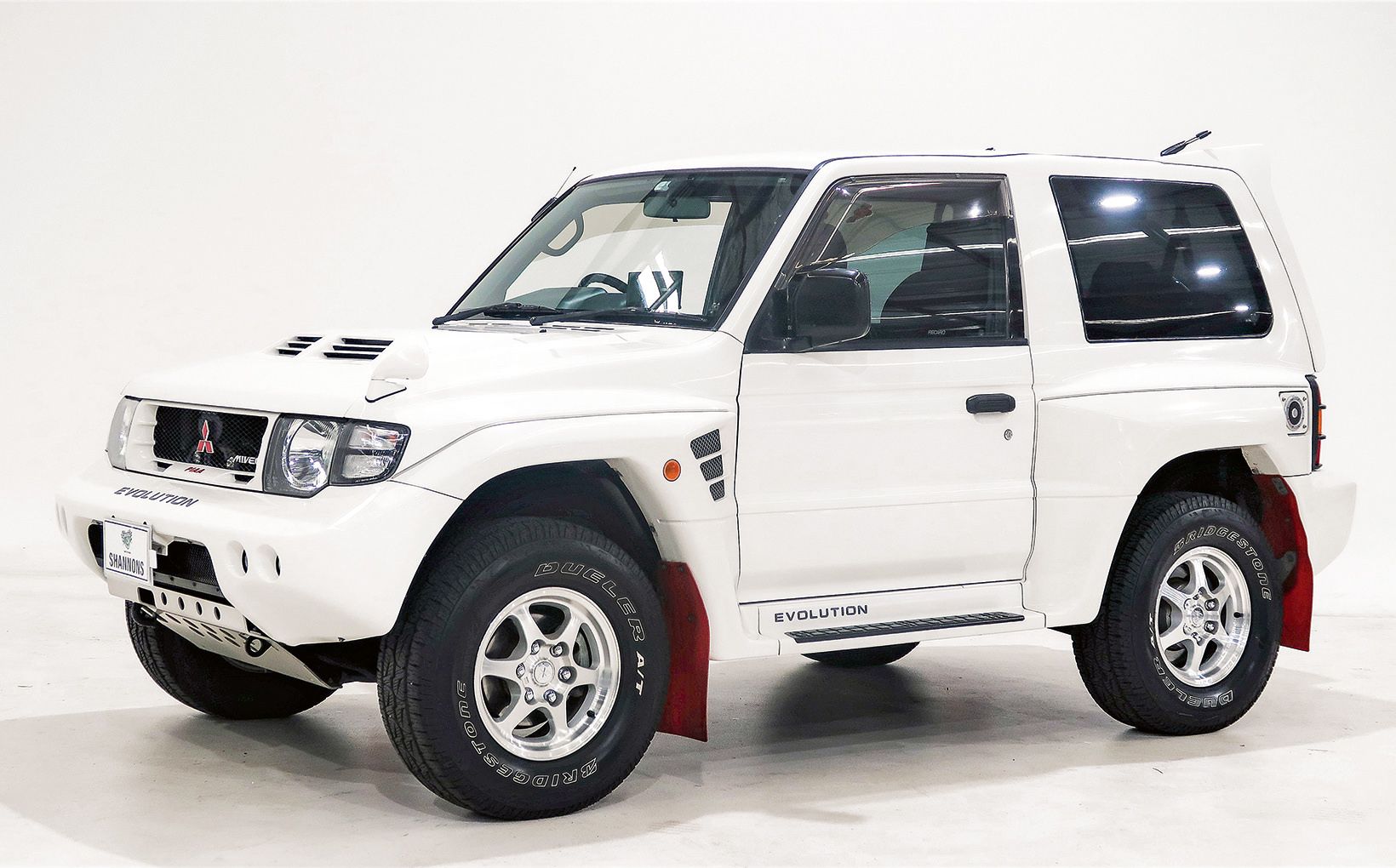 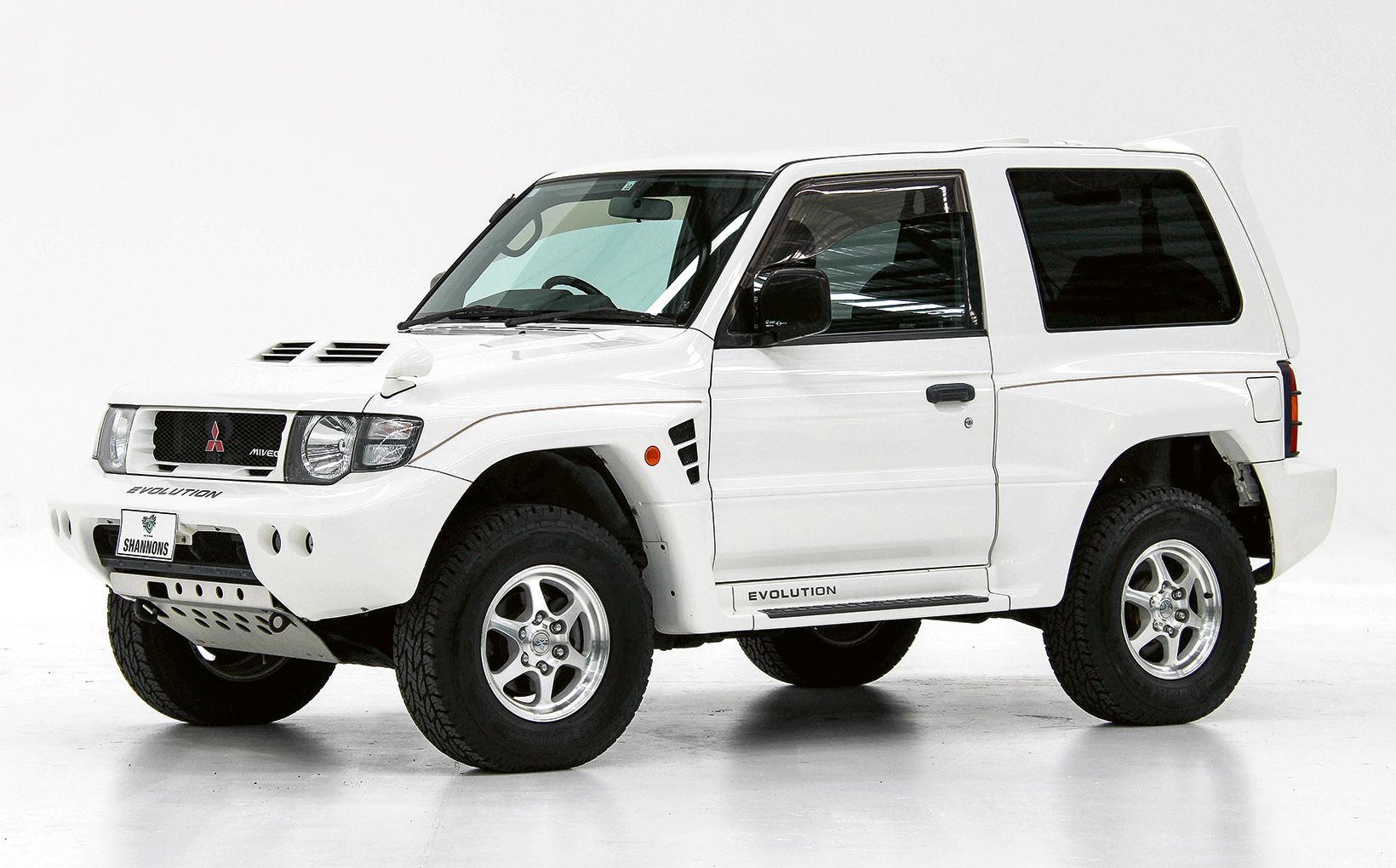 Just 2500 of these 209kW short wheelbase Mitsubishi Pajero  Evolution three-door wagons were built in the late 1990s as part of Mitsubishi’s offensive to win the Dakar Rally and two of them are in Shannons timed, online Winter Auction from August 2-9, where they are expected to sell for $60,000-$70,000.

Also Japanese, but nothing like the Landcruiser are two 1997 short wheelbase Mitsubishi Pajero Evo wagons.

Designed to compete in the Dakar rally, the Evo took its shape from the 3-door NL Pajero, but featured a massive aero package, pumped guards and larger wheel arches to accommodate chunkier rubber. Its ground clearance, plus its approach and departure angles were improved and bash plates helped deal with rocks.

It performance was boosted to match its looks, with its twin overhead camshaft 3.5-litre V6 making 209kW, enabling this special Pajero to accelerate from zero to 100km/h in 8.1 seconds, while its peak torque of 358Nm developed at just 3000rpm.