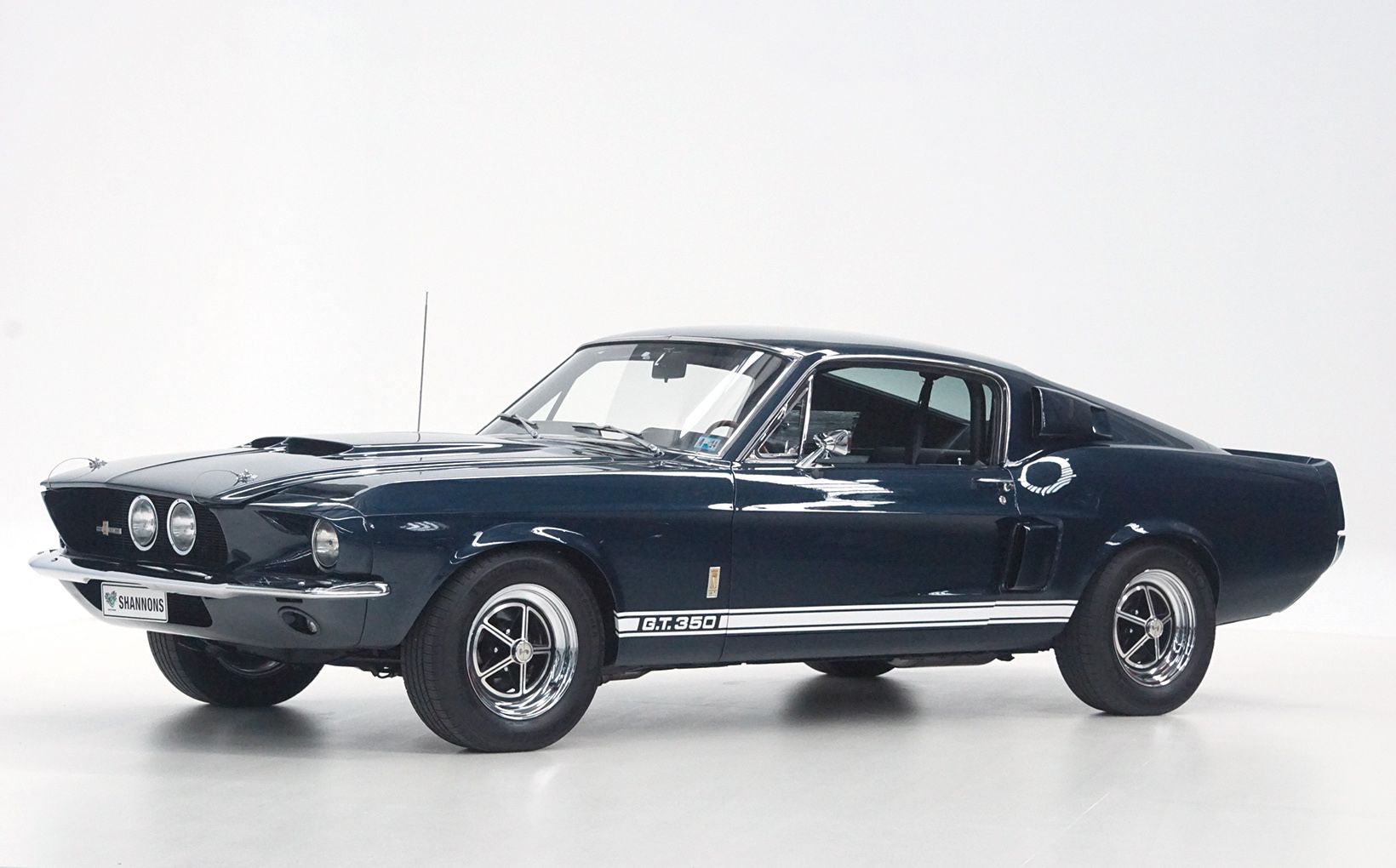 If you have ever dreamed of owning a classic Mustang, Shannons upcoming Autumn Timed Online Auction from April 13-20 is the perfect place to start.

Three great Mustangs are champing at the bit there – two of them highly sought-after models and the other a great driver-quality 1969 Boss 302 Fastback Tribute. 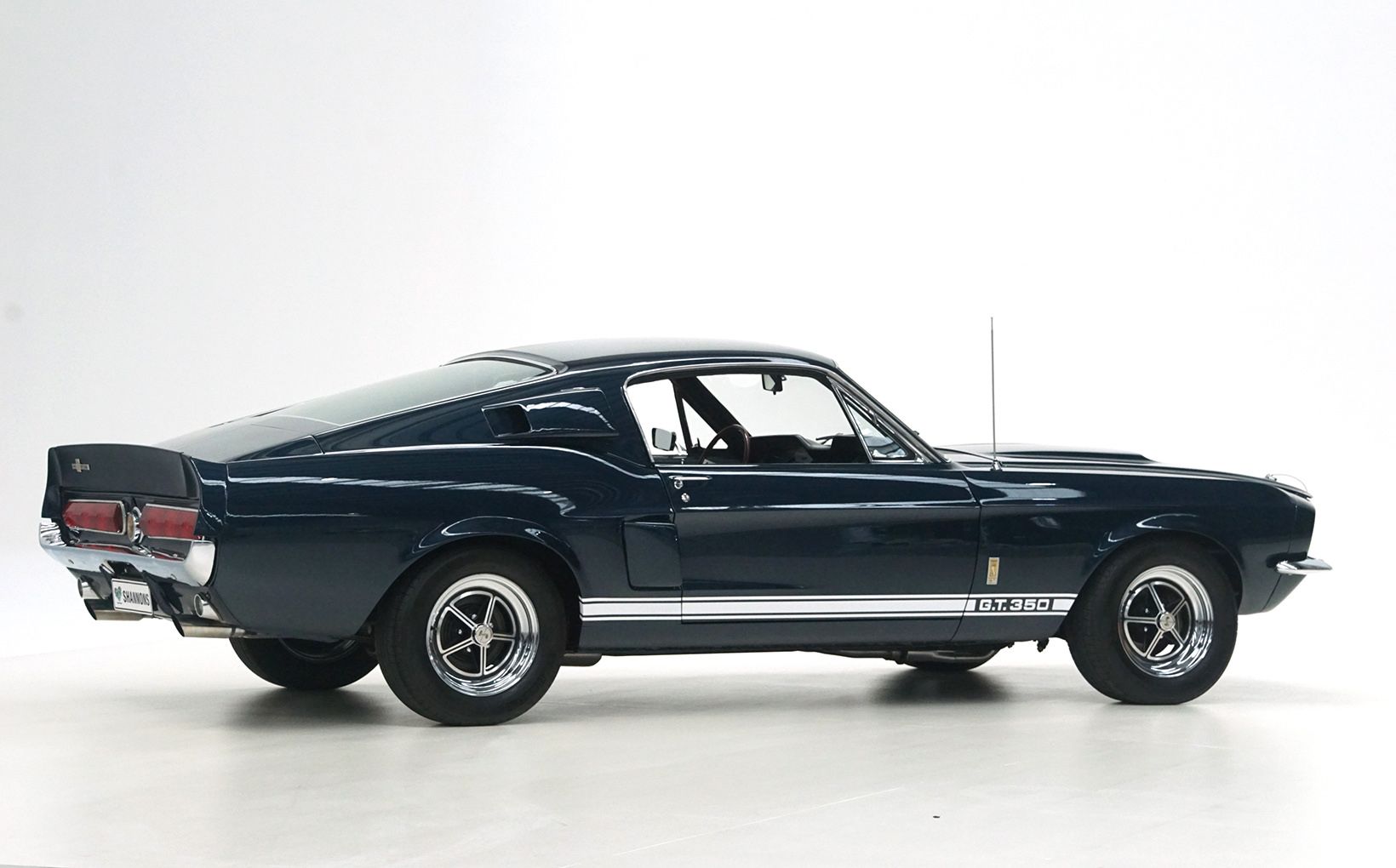 This restored and well-known two-owner 1967 Shelby Mustang GT350 Fastback with a complete and fascinating history and loads of original documentation, is expected to sell for $200,000-$240,000.

Internationally, the star car of the trio is a fabulous, fully-restored, two-owner 1967 Shelby Mustang GT350 Fastback that comes to auction with a complete and fascinating history and loads of original documentation.

This very well-known Nightmist Blue GT350GT350 was delivered new in , Pennsylvania in late 1966 and remained in the same family for 45 years, with its owner fastidiously and keeping every bit of paperwork associated with the car.

Shelby expert Tony Conover acquired the car in 2012 in remarkably sound condition, before selling it, sight-unseen, to its current Australian owner. While it did not need a rotisserie restoration, its body was taken back to bare metal; it was mechanically rebuilt and everything else was refurbished.

During this time, a 22-gallon fuel tank, a larger capacity radiator and air-conditioning were fitted so the new owner could embark on a 6,700-mile road trip across the USA.

This went so well that the Shelby was fitted with a five-speed Tremec gearbox for more relaxed cruising before it was shipped to Europe for another extensive road trip, this time 4,000 miles across the French and Swiss Alps to Turkey, where it was parked under the cliffs of Gallipoli.

The Shelby finally came to Australia in 2016, after which preparations began this time for a rally in Cuba in 2017.

For this trip, its original-numbers engine was removed, replaced by a 302ci V8, and other irreplaceable parts were stored, just in case things went wrong on the event.

However, the rally was cancelled when Fidel Castro died, so the original engine was fully rebuilt in Melbourne, with the Shelby fully refurbished, including new paint, on its return and now presents in immaculate condition throughout.

While the five-speed Tremec ’box’ is still bolted to its rebuilt engine, along with custom-built sports headers and exhausts, custom Koni shockers, stiffer springs and an aluminium radiator currently fritted, all the car’s original parts are additionally supplied with the car.

With its amazing history and its very high quality presentation, this Shelby GT350 is expected to create worldwide interest at its guiding range of $200,000-$240,000. 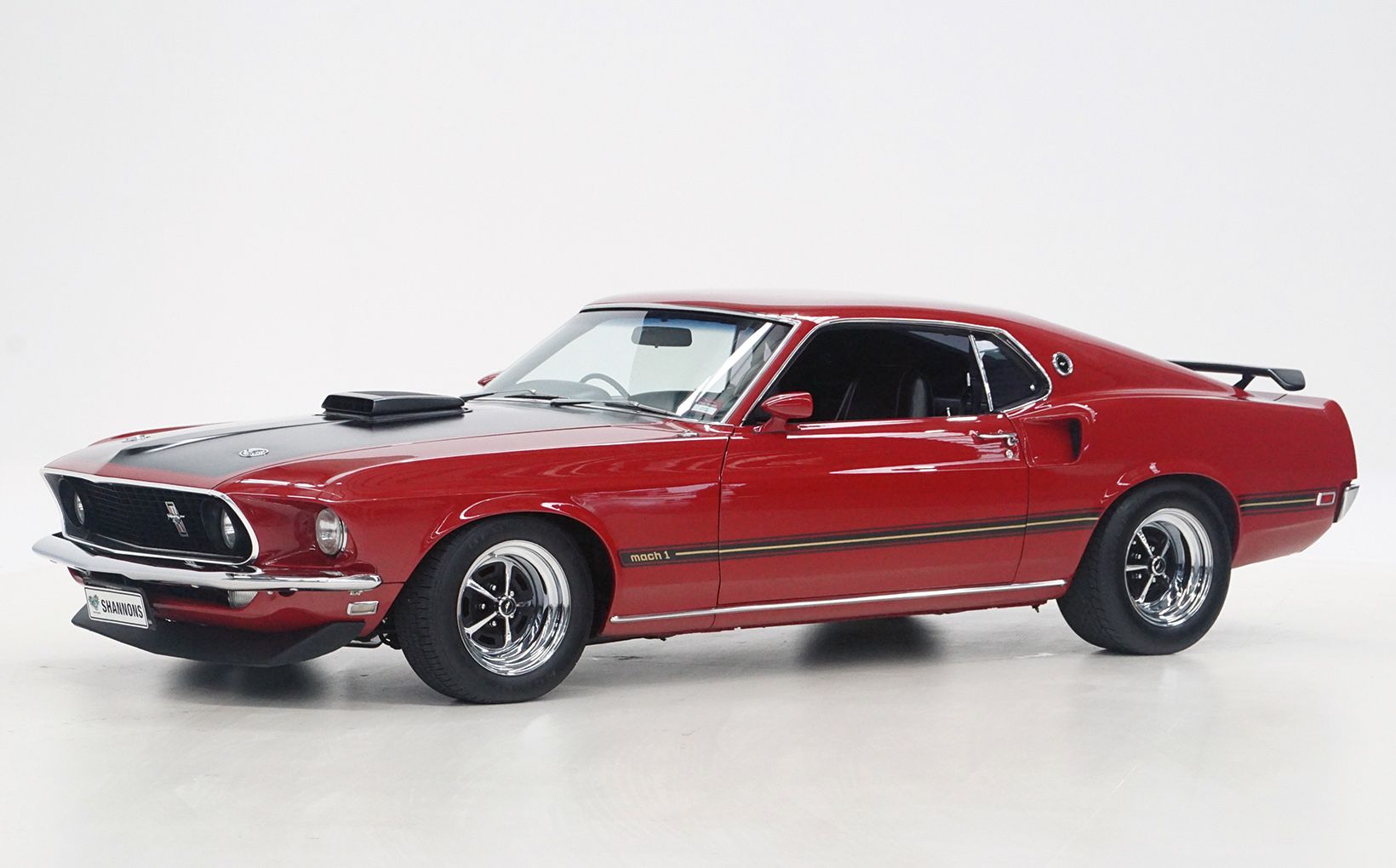 Very appealing to Mustang enthusiasts who recall seeing Allan Moffat’s famous Kar Kraft-built, Trans Am, Mustang racing in Australia in the early 1970s, is a superb, fully-restored 1969 Mach 1 fastback that has been expertly converted to right hand drive and comes with a Marti Report confirming its authenticity.

Finished in Candy Apple Red, this genuine S Code Mach 1 being auctioned has all the Mach 1 indicia … bonnet and rear tail panel black outs, side stripes, bonnet pins, front spoiler and rear wing, bonnet scoop for the 390ci four-valve V8, rear window venetians and chromed styled steel sports wheels, plus it is fitted with a C6 three-speed automatic transmission and a right-hand-drive conversion to make it easier to use in today’s traffic.

With much of the street-cred of Moffat’s famous Trans-Am Fastback, this very desirable S-Code Mustang is expected to sell in the $90,000 - $100,000 range. 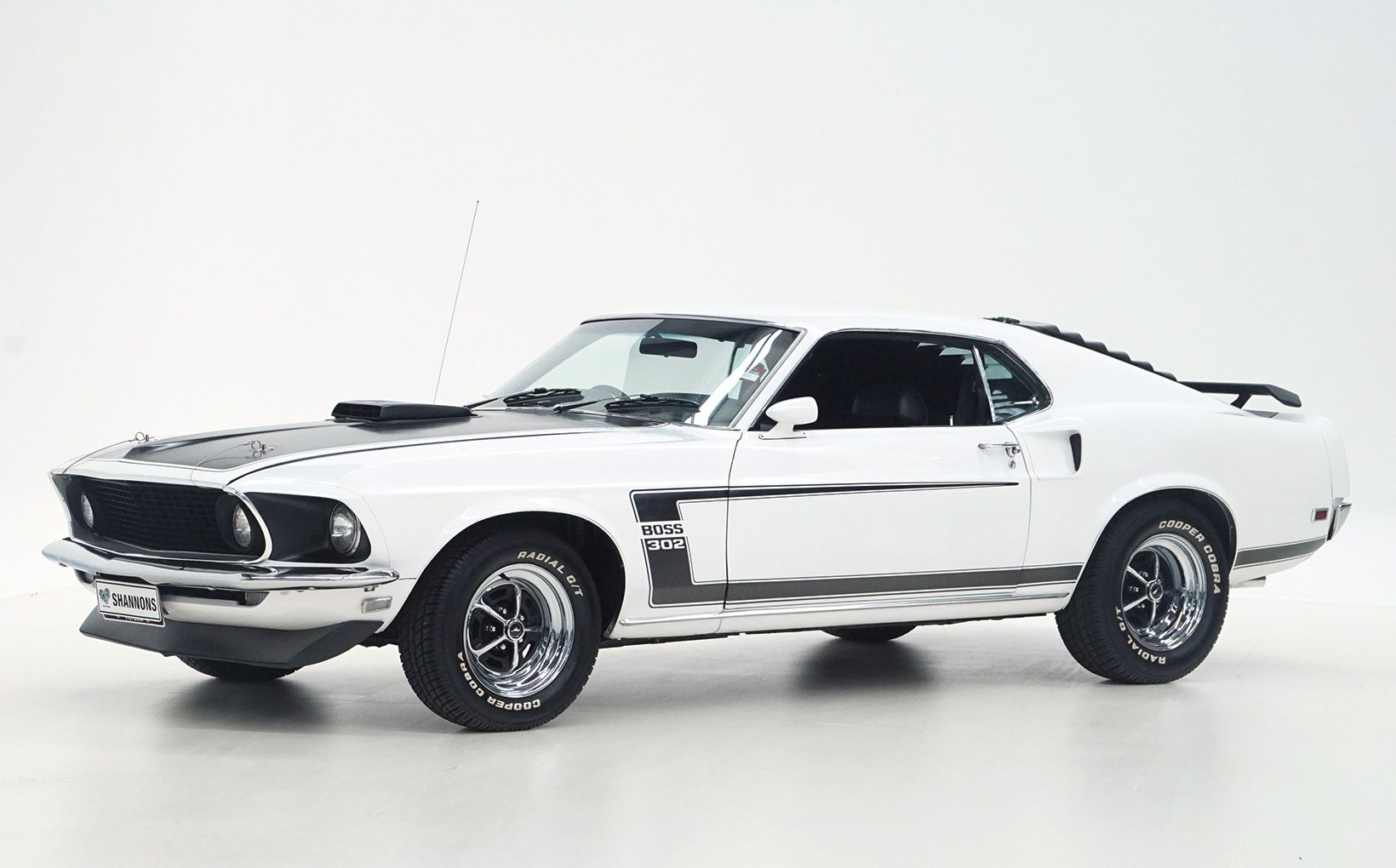 Repainted in stark white with black trim, it has all the trademark optics of the Boss model, including the correct paint black-outs, the legendary ‘hockey stick’ Boss 302 side stripes, bonnet pins, styled steel sports wheels and spoilers front and rear.

Showing a little patina in its trim details but nothing major, this ’69 Mustang fastback has also been converted to right-hand drive but is still running its factory auto transmission for everyday driveability and comes with some receipts for work done.