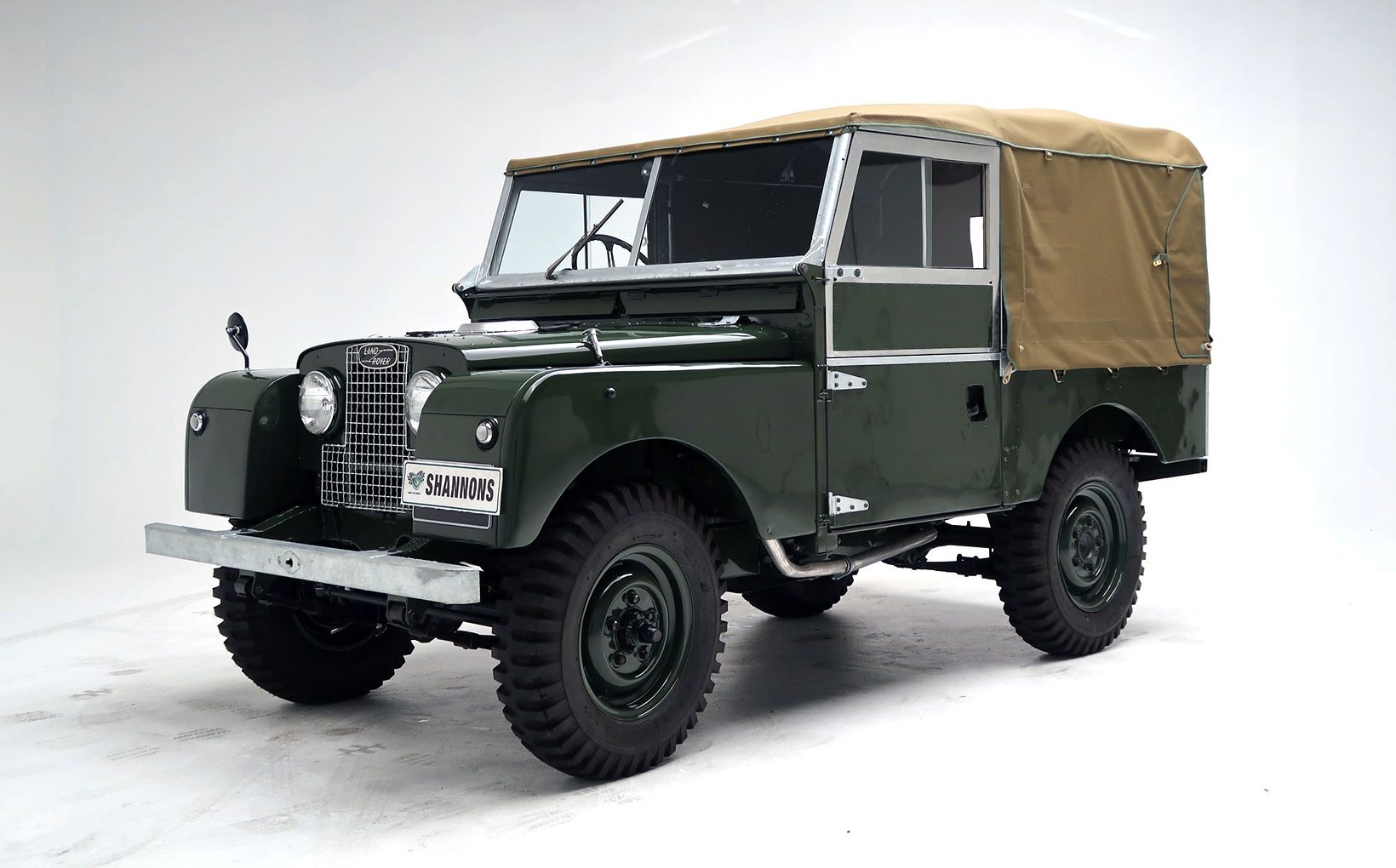 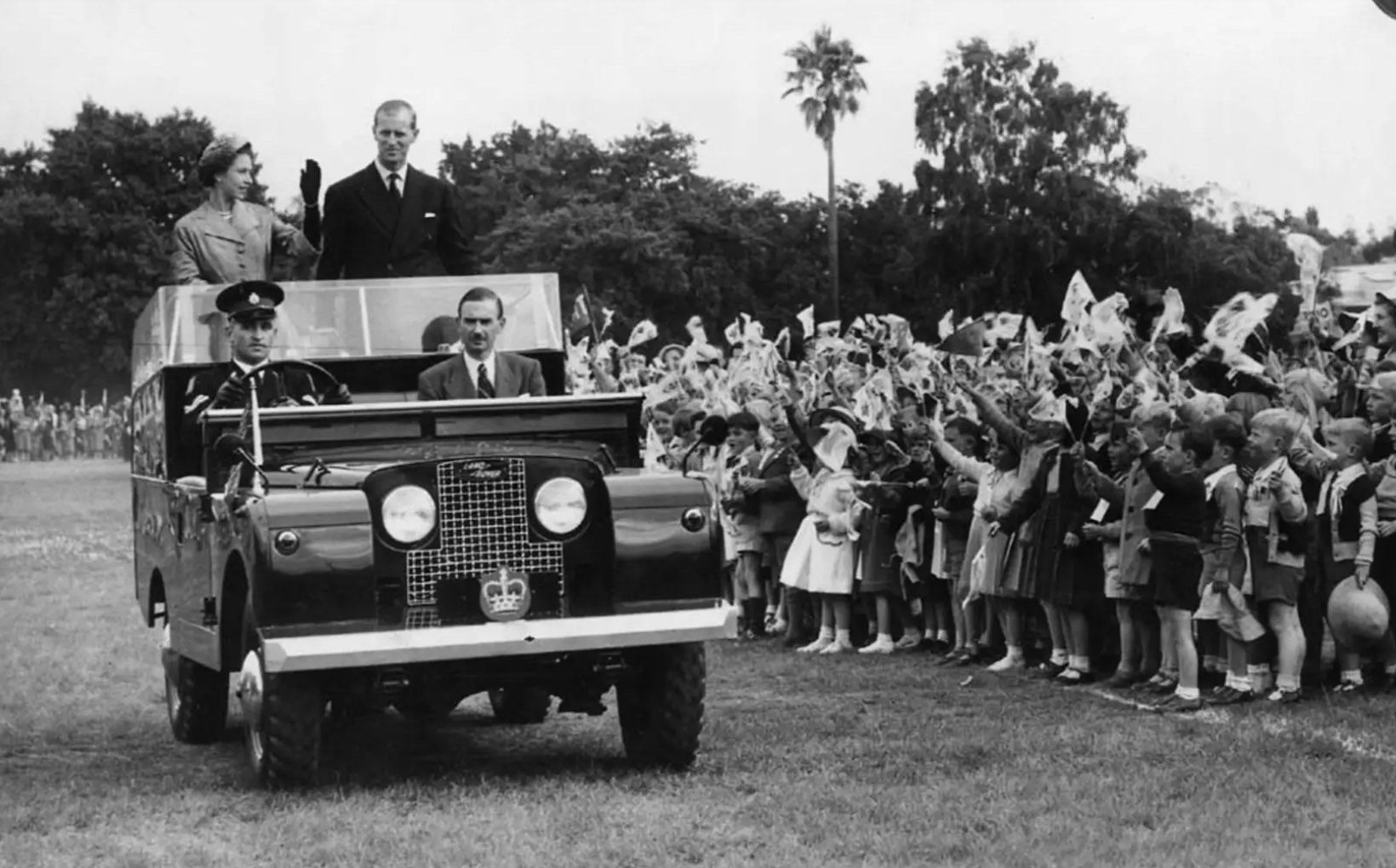 This Series I SWB Land-Rover, similar to the one being auctioned by Shannons in Sydney on February 17, was the official transport of The Queen and Prince Phillip on their first official visit to Australia in 1954.

Queen Elizabeth II was the first reigning monarch of Australia to set foot on Australian soil in February 1954, greeting her subjects from the back of a ‘Royal Plum’ short wheelbase Series I Land-Rover.

Rivalling it in condition, but finished in more tradition Bronze Green, is the 1954 Land-Rover Series 1 86 SWB Utility being offered at Shannons Sydney Summer Auction on February 17 is regarded as one of the finest examples to come on the market in Australia.

The remarkable matching numbers, former Queensland country car, affectionally known as ‘Sally’, has been meticulously restored at great expense over many years by its British-born owner, making it ideal for the serious collector. 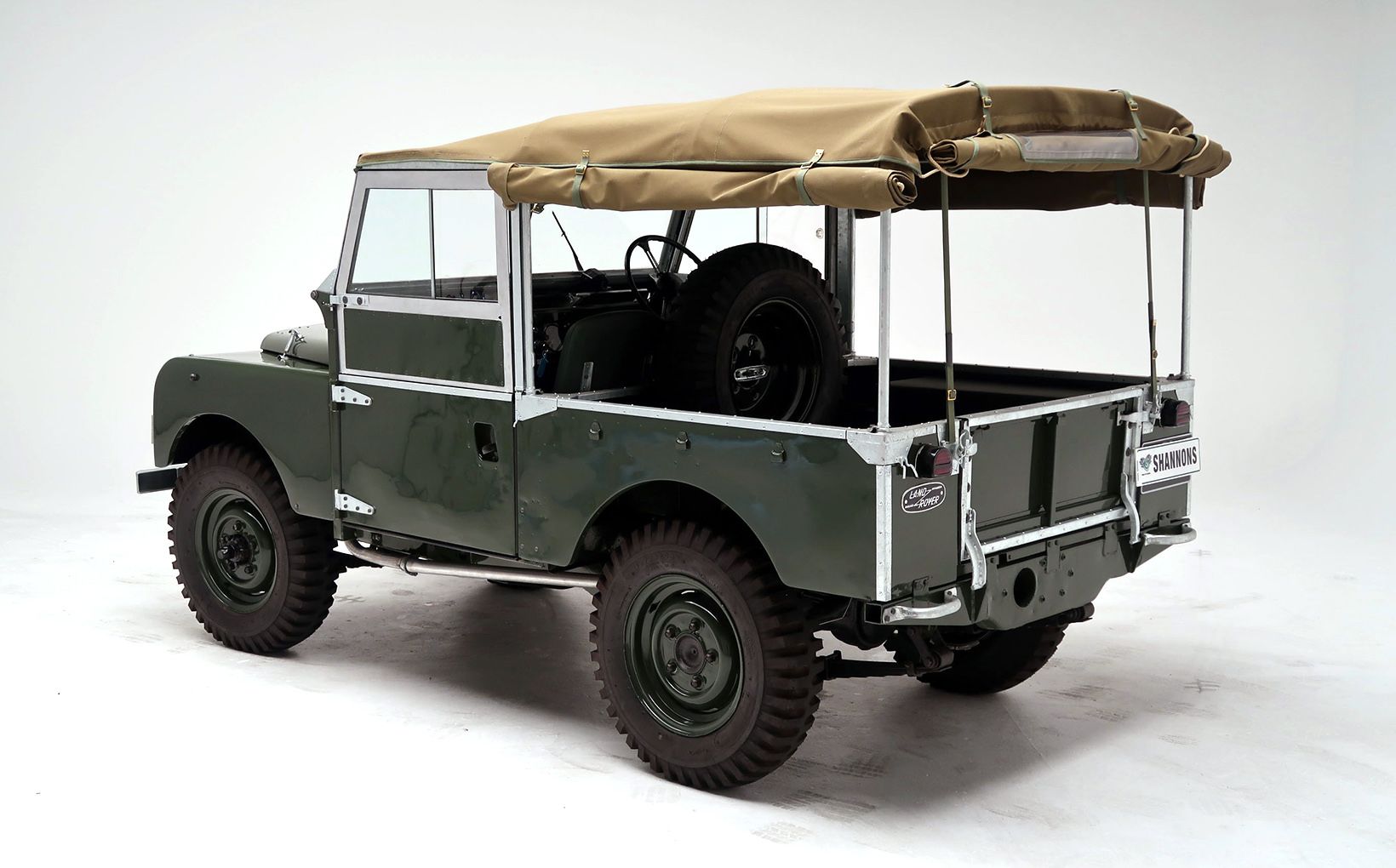 No expense has been spared in making this former Queensland country 1954 Land-Rover Series 1 86 SWB Utility one of the best in the world.

Conceived by Rover as a replacement for the wartime Jeep, the Land-Rover first appeared in prototype form in 1947 and used a production Rover 10 engine driving through a standard gearbox, with a specially built dual-range transfer box.

Explorer Len Beadell used Land-Rovers to open up a network of thousands of kilometres of inland roads, while the Australian Army was a huge Land-Rover customer for many years. 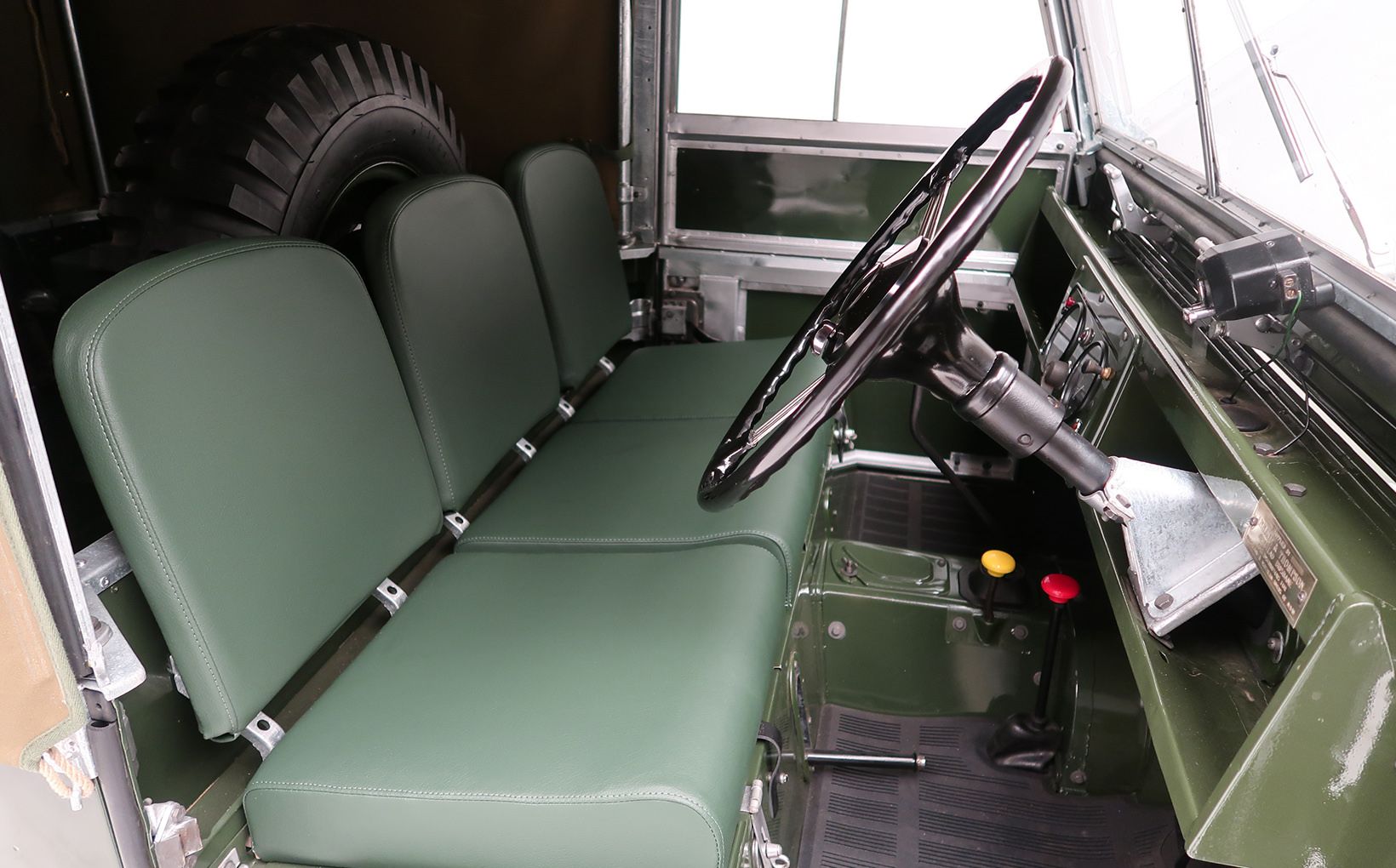 The interior of the 1954 Land-Rover Series 1 shows the level of authenticity in its extensive restoration.

Meanwhile, the Leyland Brothers brought the magic and vastness of the Outback Australia to loungerooms through their travels in a modified Series I Long Wheelbase 1958 Land-Rover.

Starting with an essentially complete vehicle found on a farm near Stanthorpe, Queensland where it had lived for more than 35 years, ‘Sally’ had suffered almost no corrosion and still had its original chassis, firewall, engine, gearbox and axles. Even the windscreen glass was from the factory.

Her owner, a passionate Land-Rover enthusiast with a substantial collection and a great store of knowledge, restored ‘Sally’ from the ground up with meticulous attention to detail. 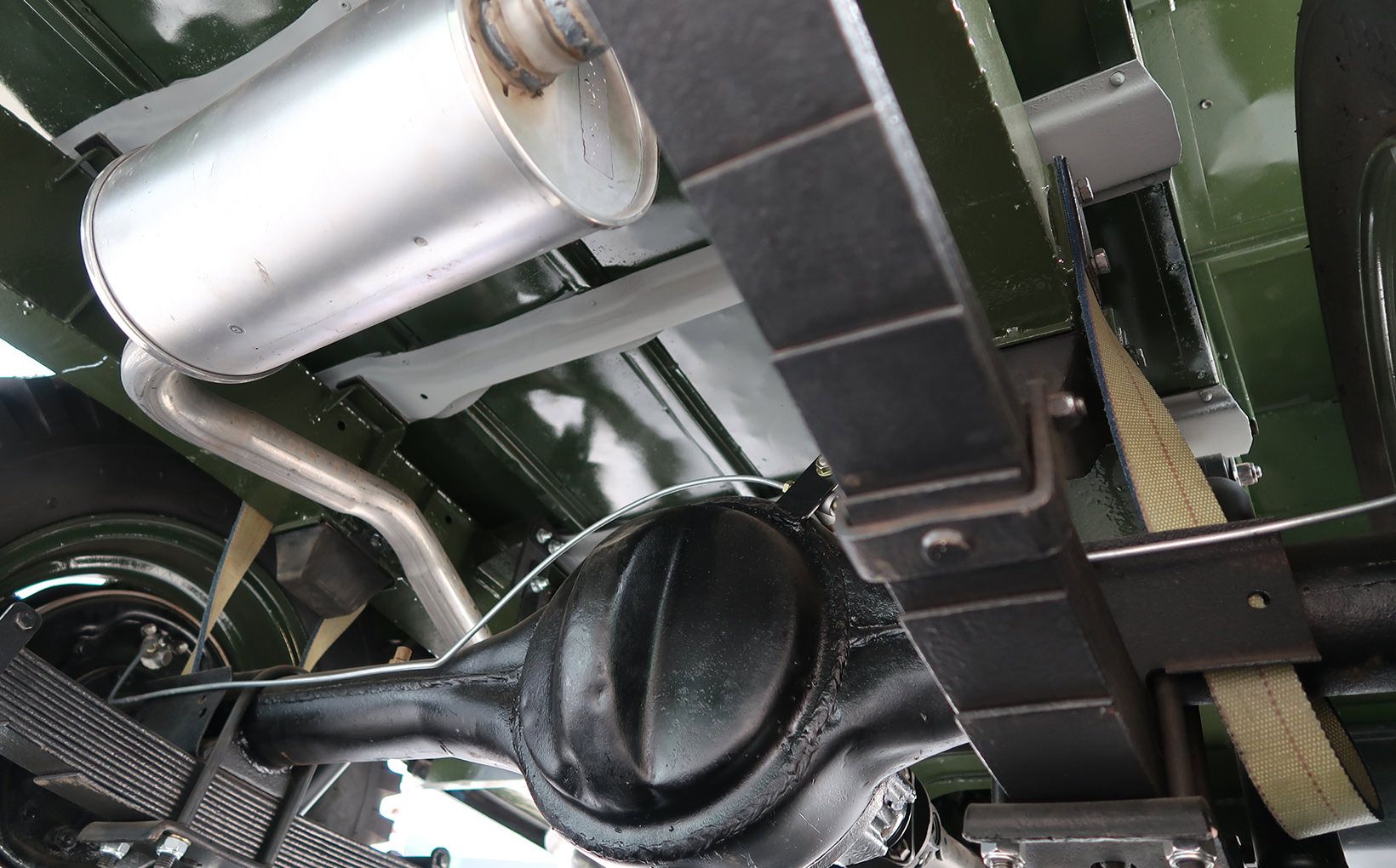 A look under the immaculate, restored 1954 Land-Rover Series 1 86 SWB Utility being auctioned by Shannons in Sydney on February 17.

Original parts were used wherever possible – for example the correct Lucas horn button was sourced from Mexico at great expense. Meanwhile, the bolts used to assemble the body and even the hood, came from the original manufacturers in Birmingham.

According to Shannons, the Land-Rover starts on the button, runs and drives exactly as it would have back in 1954. A notable feature is the Power Take Up (PTO) option fitted to the gearbox, with the selector under the centre seat.

While now never likely to go further off road than a well-raked gravel driveway, interest in classic Land-Rovers is at an all-time high. With Series 1 models fetching record prices around the world, Shannons is quoting a conservative guiding range of $45,000 - $55,000.