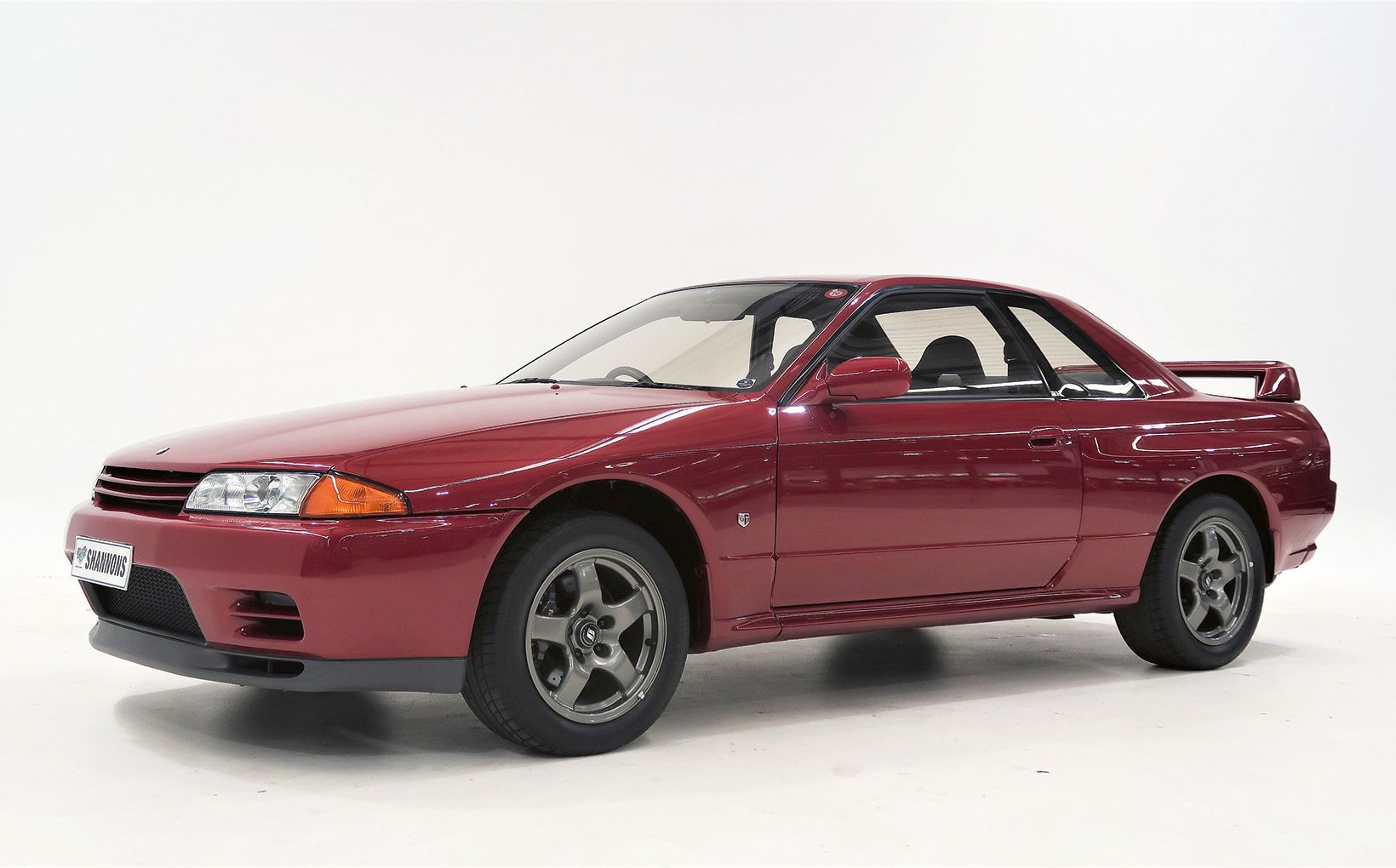 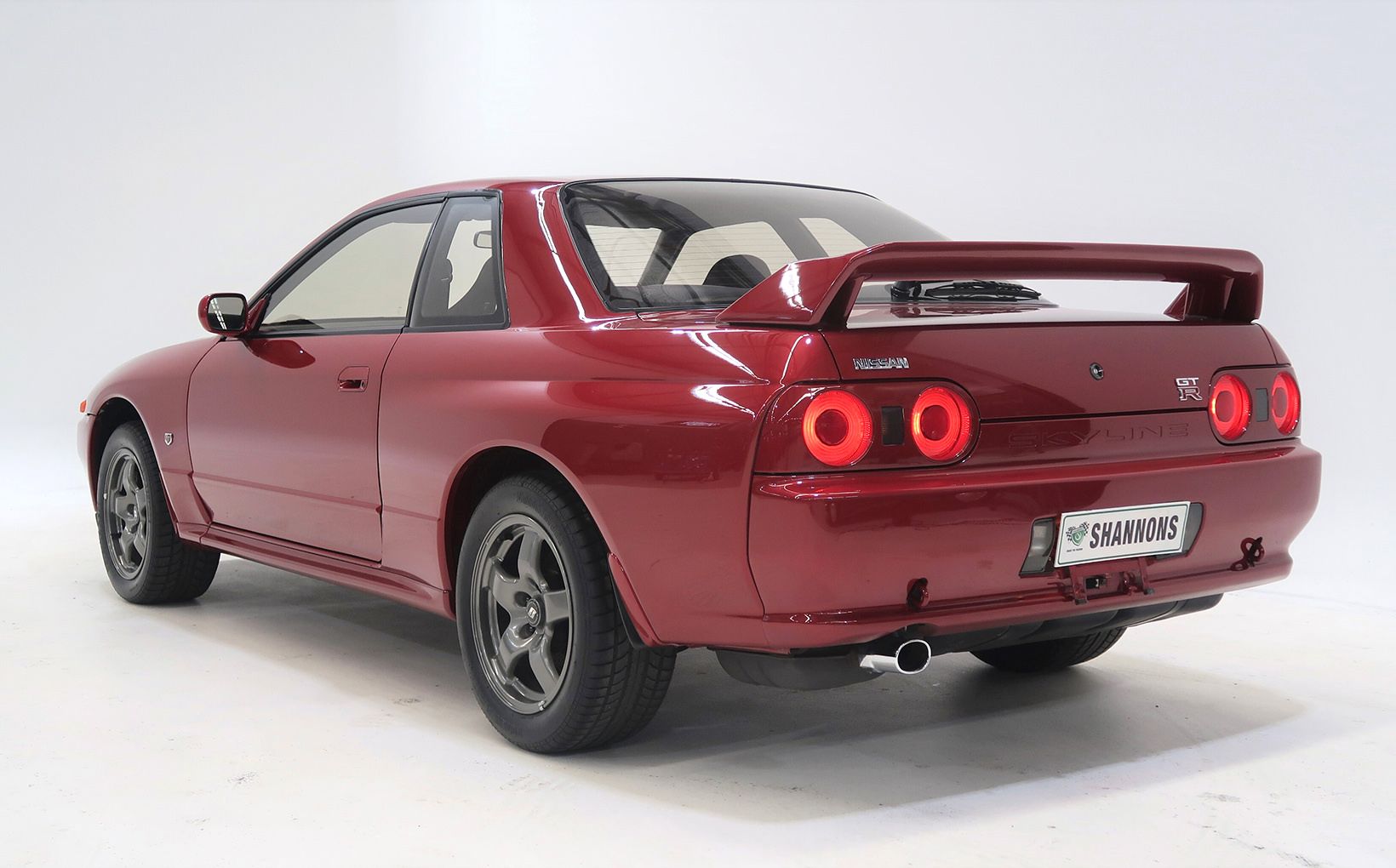 Topping the desirability list is a factory-original, ultra-low mileage Red Pearl Metallic 1994 model Nissan Skyline R32 GT-R Coupe, with only 10,453 kilometres showing on its odometer at the time of cataloguing.

Completely unmodified aside from its NISMO 320 km/h speedometer, the car has escaped all the usual aftermarket modifications, adding to its collectible value.

Everything, from the interior to the engine bay right to the underside, is showing virtually no wear and entirely consistent with the low mileage reading. Shannons has also run a paint meter over the entire car and all the readings are consistent with factory tolerances.

The Nissan entered the vendor’s private collection at the beginning of 2019 and has been carefully stored ever since. Rated as ‘collector grade quality’ and supplied with all books, Shannons believes this mint R32 Skyline GT-R is one of the best examples in Australia and expect it to sell with ‘no reserve’ in the $100,000 - $140,000 range. 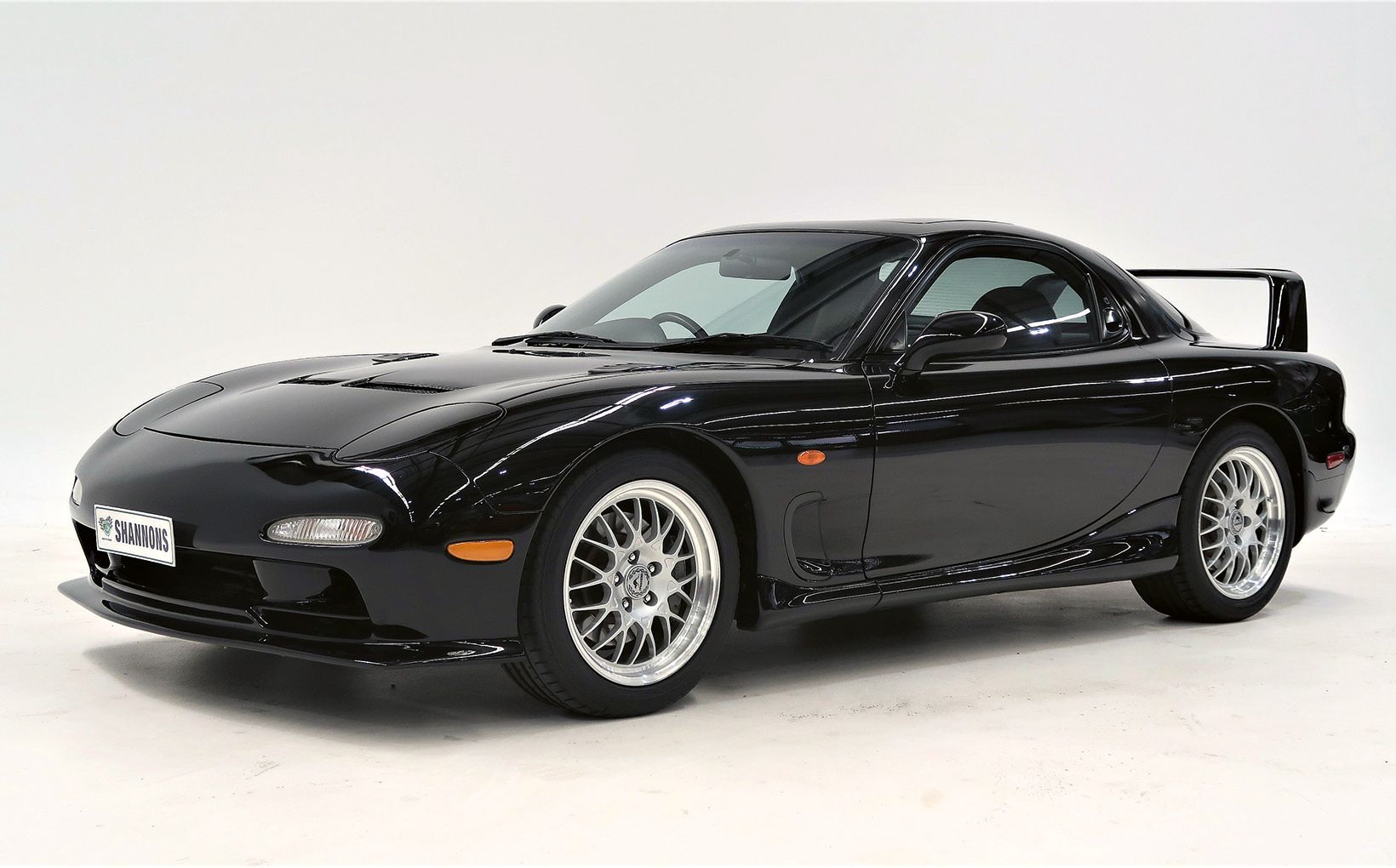 Just as attractive to rotary Mazda RX-7 collectors is one of only two RX-7 SPs built at Mazda Australia’s Kingsgrove facility in Brilliant Black and the only surviving example.

This ultra-rare Australian homologation special – one of only 25 road-going homologation models produced by Mazda Australia in 1995– was delivered in Southeast Queensland and was used sparingly by its first three owners until March 2018 when it sold to the vendor, a Queensland-based collector.

Stored correctly with its fluids changed and started on a regular basis – but rarely driven – the Mazda showed 83,362kms on its odometer at the time of cataloguing and remains an unmodified example of this rarest of homologation specials.

Supplied with its original books in a leather pouch, an SP workshop manual supplement plus a good history file, it is expected to sell in the $100,000 - $150,000 range. 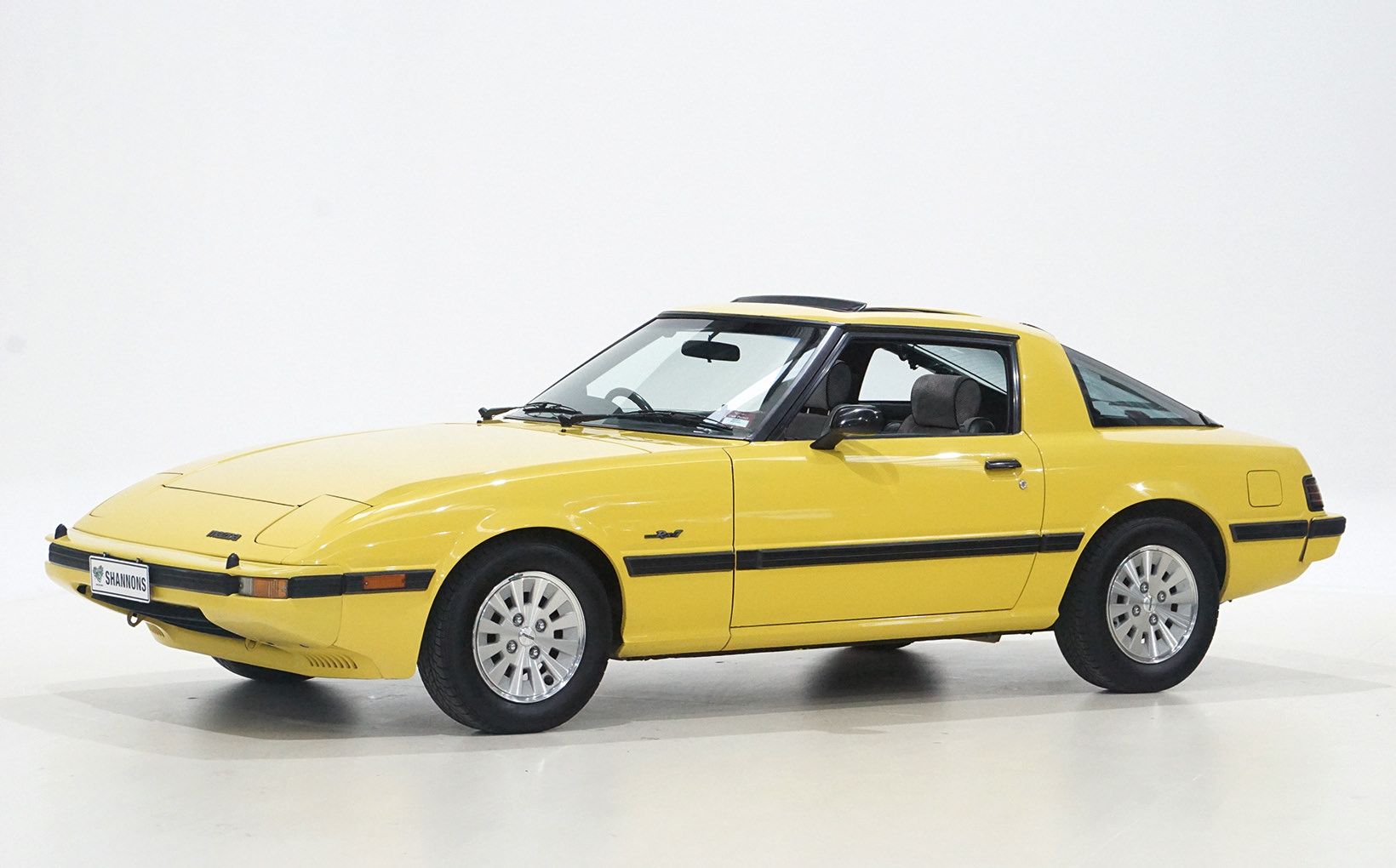 Another Mazda rotary-engined sports car in lovely original condition throughout is a 1983 Mazda RX7 Series 3 Coupe.

The Series 3 RX7 was the ultimate development of the first-generation RX7, providing all the classic fun of the original, but with a further degree of refinement, thanks to its five-speed transmission, its signature silver alloy wheels, sunroof and revised, better equipped interior, with surviving original examples growing more collectible by the day.

Finished in popular bright yellow with charcoal trim, the two-owner car being auctioned spent its first 20 years in the hands of its first female owner and obviously has been cared for throughout its life.

Representing a great opportunity to snap up an increasingly-collectible Japanese sports coupe that you can just jump in and enjoy, it is expected to sell in the $35,000 - $45,000 range. 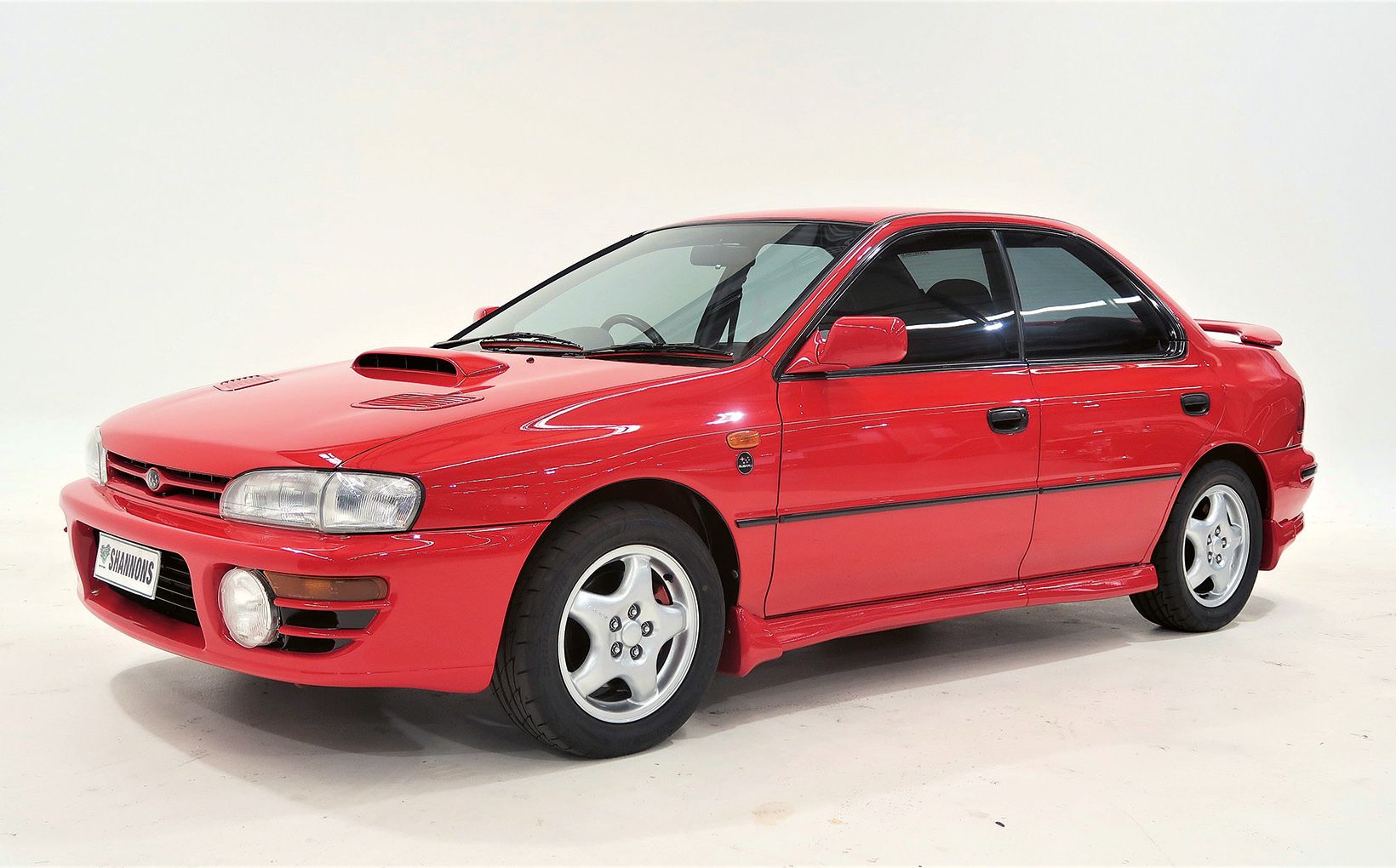 Finished in rarely seen Flamy Red colour, with its service book stamped until 2019 at 163,176 km, the WRX is supplied with a decent receipt file, indicating it has been well-maintained over the past 27 years.

Benefiting from long-term ownership with a NSW WRX Club member based near Wollongong, this very clean WRX is expected to sell with ‘no reserve’ for $24,000 - $28,000.

An alternative is very original 1995 Nissan 300ZX 25th Anniversary 'Steve Millen’ Coupe that has five owners, all of whom obviously cared for the car and drove it minimally.

Supplied with additional sales brochures and period magazines featuring the 25th Anniversary model, plus its factory tool kit, jack, protective covers for the twin targa tops and a spare set of keys, the 300ZX with 95,490km showing on its odometer is expected to sell with ‘no reserve’ for $20,000-$25,000. 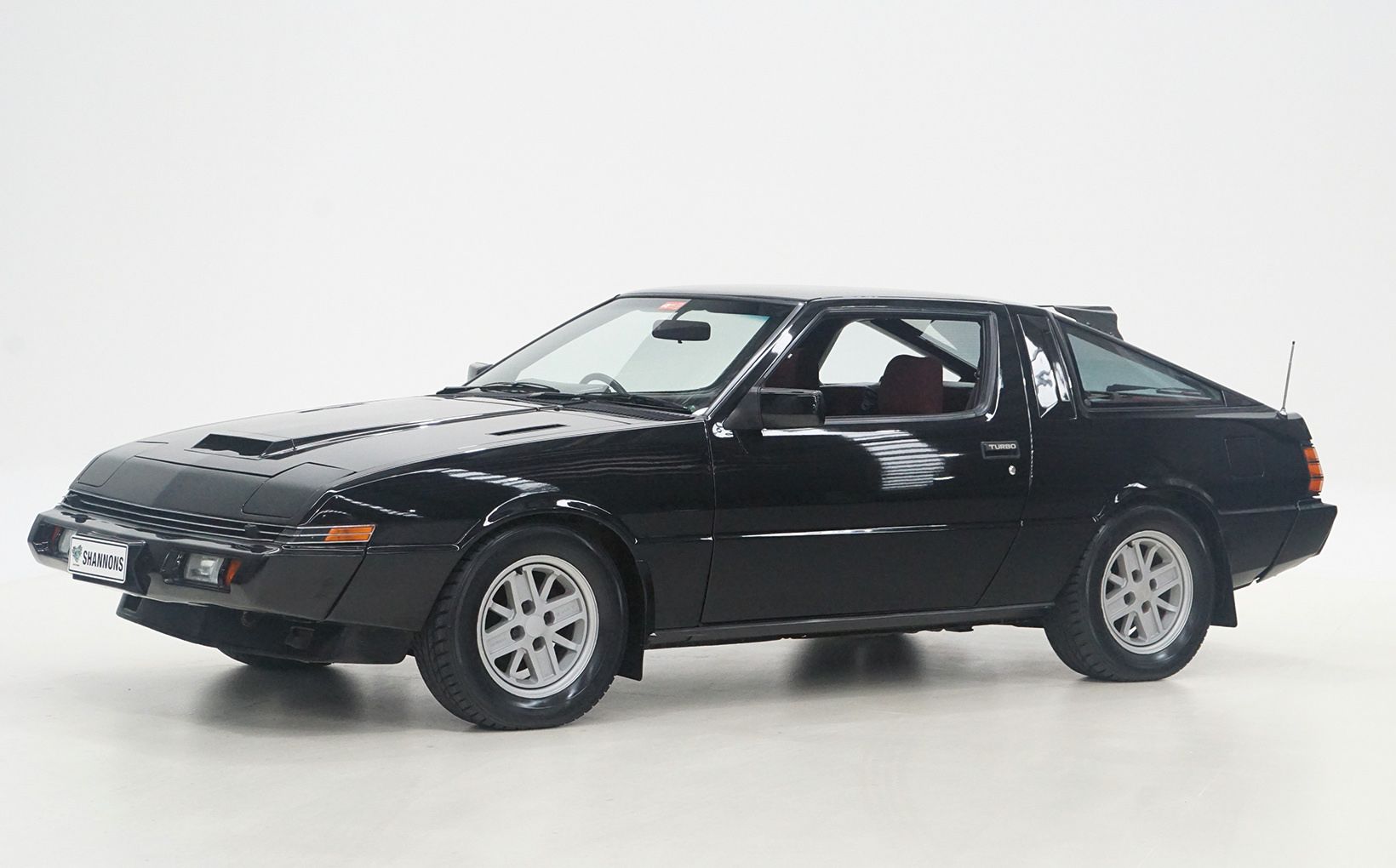 Finished in rarely-seen Black with red trim, the Starion – despite its popularity with road and race enthusiasts when new – is a rare sight and increasingly collectible today, as good survivors are scarce.

The MR2 is the limited production Bathurst edition and is finished in Dark Green Mica Metallic, optioned with black leather upholstery. With its odometer showing 197,769km at the time of cataloguing, it appears to have been exceptionally well cared for over the last 26 years and would make a great addition to any Japanese sporting car collection.