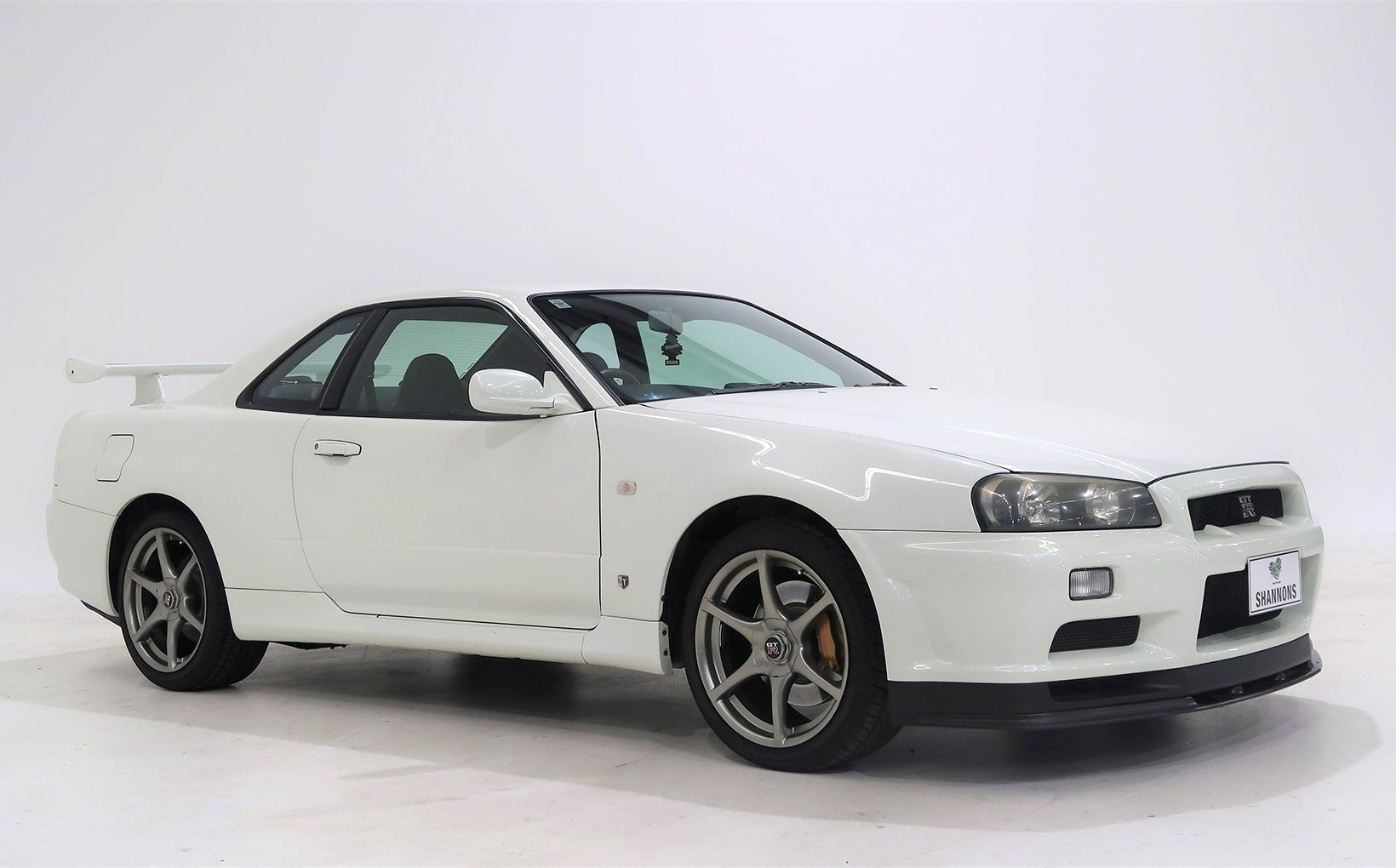 The performance king of the collection is an iconic M-Spec Nür version of the Nissan R34 GT-R coupe, one of just 285 M-Spec cars fitted with the special N1 engine.

Built in July 2002, it is amongst the very few genuine Nür-spec R34s resident in Australia, according to the authoritative GT-R Registry and number 993 of the 1003 Nürs built.

Adding to its exclusivity, it is the last Pearl White car of the 75 made in this colour, showing just 38,423 km on its odometer at the time of cataloguing and coming to auction substantially unmodified and very well presented throughout.

Perfect for the Skyline collector, the Nür is the ultimate standard production R34 GT-R and prices have risen dramatically in recent years, making this very clean example a fantastic investment at its expected selling price of $300,000 - $350,000.

As an alternative for those who miss out on the Nür, there is also a 1993 Nissan R32 Skyline GT-R V-Spec 1 Coupe in the auction, build number 489 of the 1,396 V-Spec R32 Skyline GT-Rs built, according to the online Registry.

This very desirable V-Spec R32 Skyline GT-R is one of the most collectible Skylines made, with examples rarely come up for sale in Australia. With its Brembo brakes, 17-inch BBS wheels shod with bigger tread and revised 4WD system, these cars dominated Australian racing in the early 1990s, twice winning the Bathurst 1000 and the Australian Touring Car Championship and earning the nickname 'Godzilla'.

Cosmetically improved and freshly repainted, this very clean V-Spec R32 is offered with ‘no reserve’ and an expected selling price of $80,000-$100,000.

The third in the trilogy of ‘Nissan GT-Rs’ in the auction is a fabulous ‘Hakosuka’ GT-R replica.

This stunning tribute to this rare Japanese muscle car is well-known in Australia through features in local magazines and comes with books and reference material. 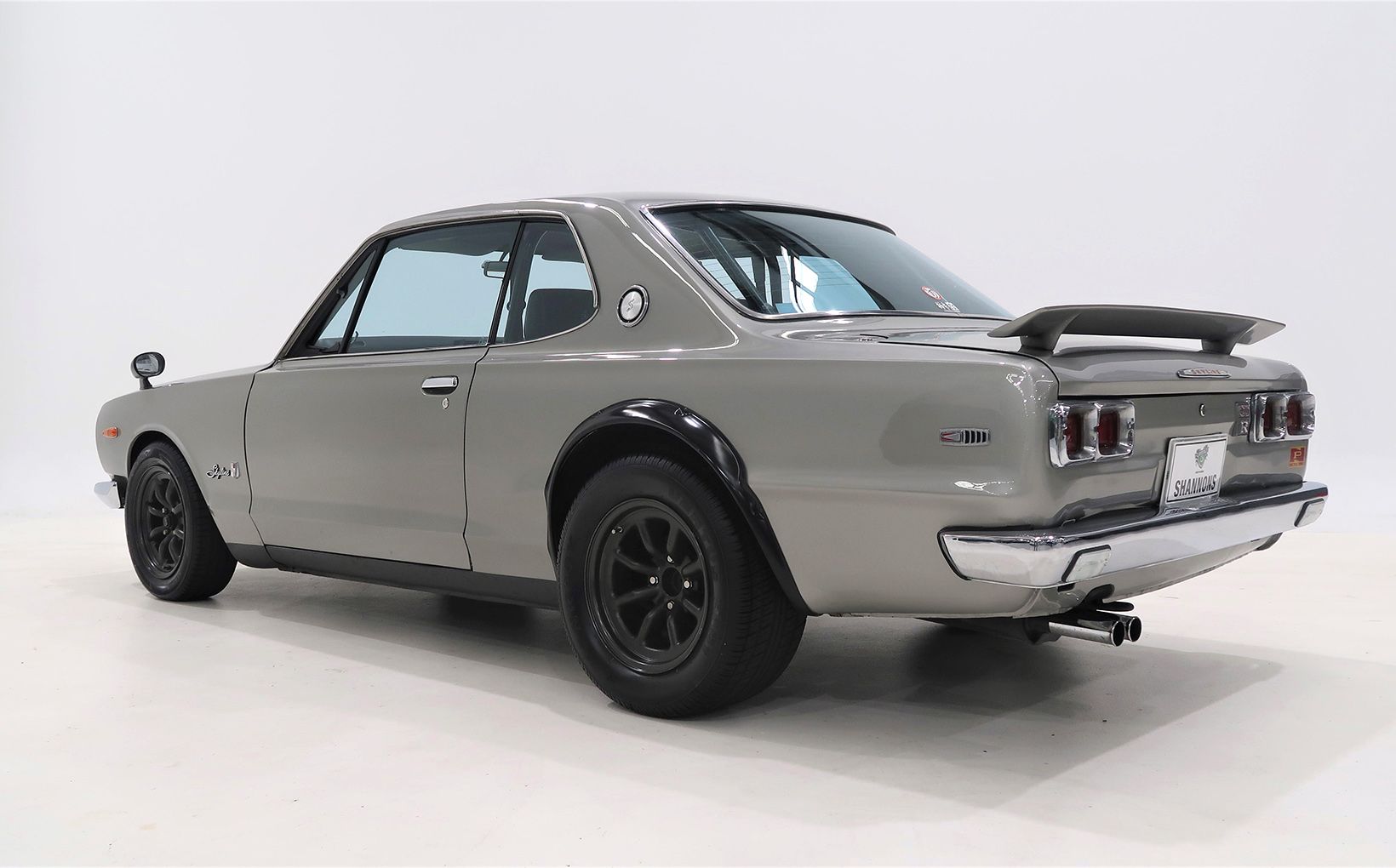 Built around a KGC10 Skyline 2000GT Coupe, the GT-R was privately imported into Australia by an enthusiast back in 2003, before passing to the previous owner the following year.

Mechanically, the Skyline features a 3.1-litre L28 engine fed by triple Mikuni Solex PHH44 carburettors mated to an LA6 five-speed gearbox. Notable features include its Fujisubo headers and exhaust, electronic distributor with an HEC ignition coil and an R180 differential. 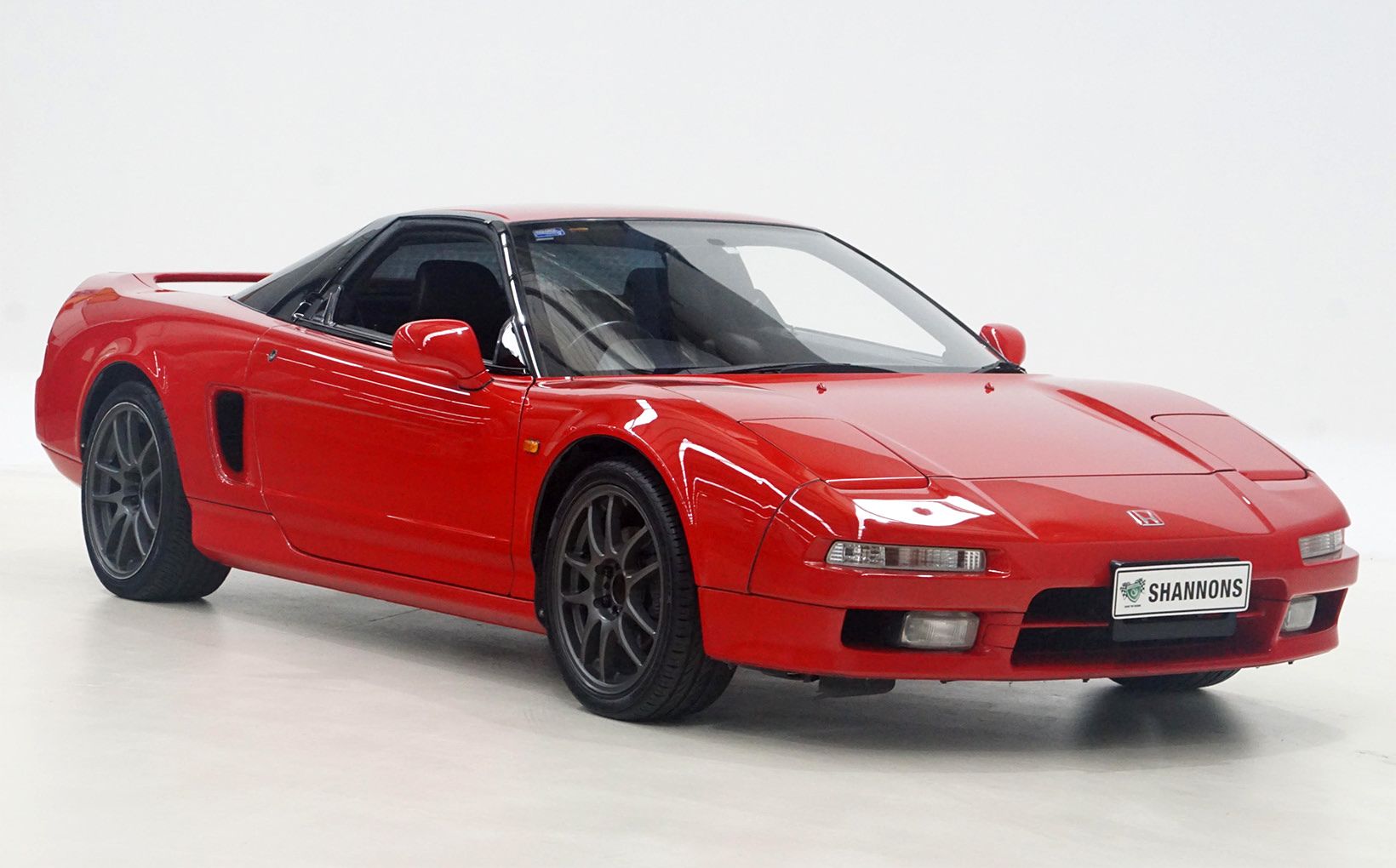 Notable for winning the first two Targa Tasmania tarmac rallies in 1992 and 1993 and finished in the same iconic red over black, the automatic gearbox NSX coming to auction showed 172,322km on its odometer at the time of cataloguing, presenting a great opportunity to purchase a good example of Honda’s increasingly valuable supercar at its expected $80,000-$100,000 selling price.

Attractive Japanese coupe alternatives in the auction are a rare and collectible 1967 Toyota Corona 1600 GT5 with a freshly rebuilt motor, formerly part of Al Palmer’s renowned Toyota collection in Penrith, that is expected to sell with ‘no reserve’ in the $35,000 - $45,000 range. 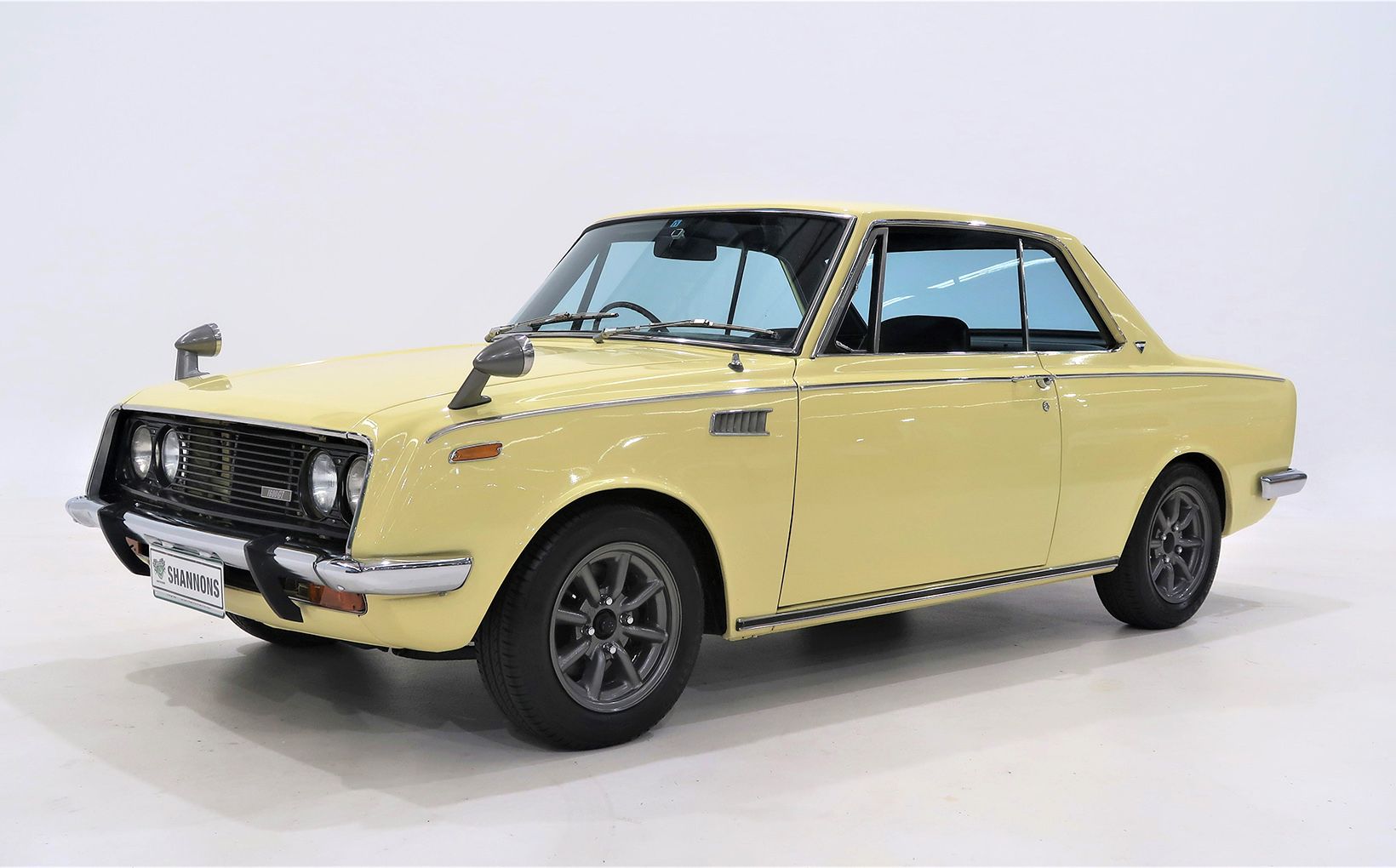 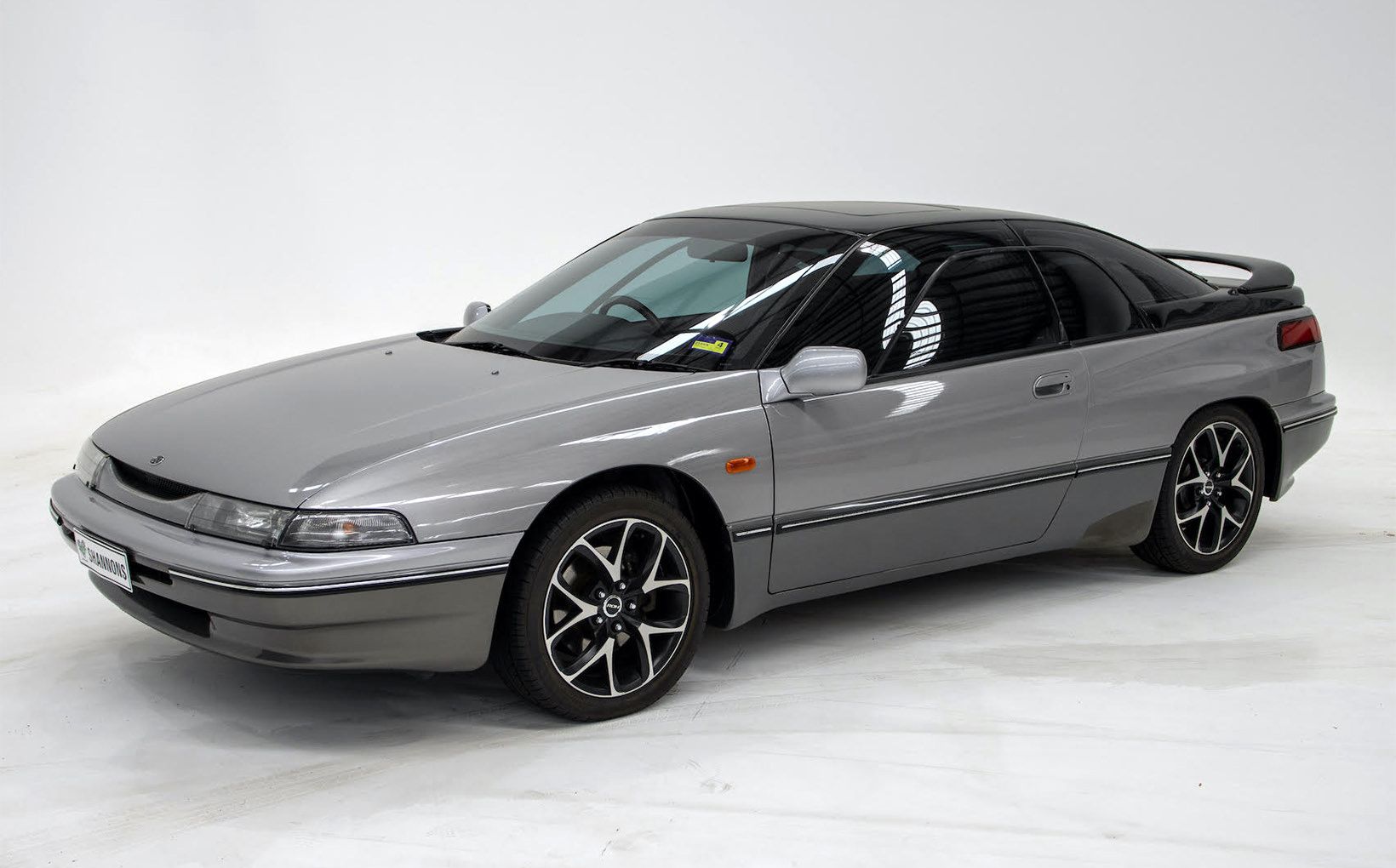 Another appealing Japanese sporting coupe on offer is a rare white, Australian-delivered Series 3 Mazda RX-7 coupe currently owned by a Sydney collector that is expected to sell with ‘no reserve’ in good condition for $28,000-$38,000.

However, the lot that will get a lot of bidders excited could be the diminutive and rarely-seen 1972 Honda ‘Zot’ Z360 Hatchback offered in project condition and with ‘no reserve’. 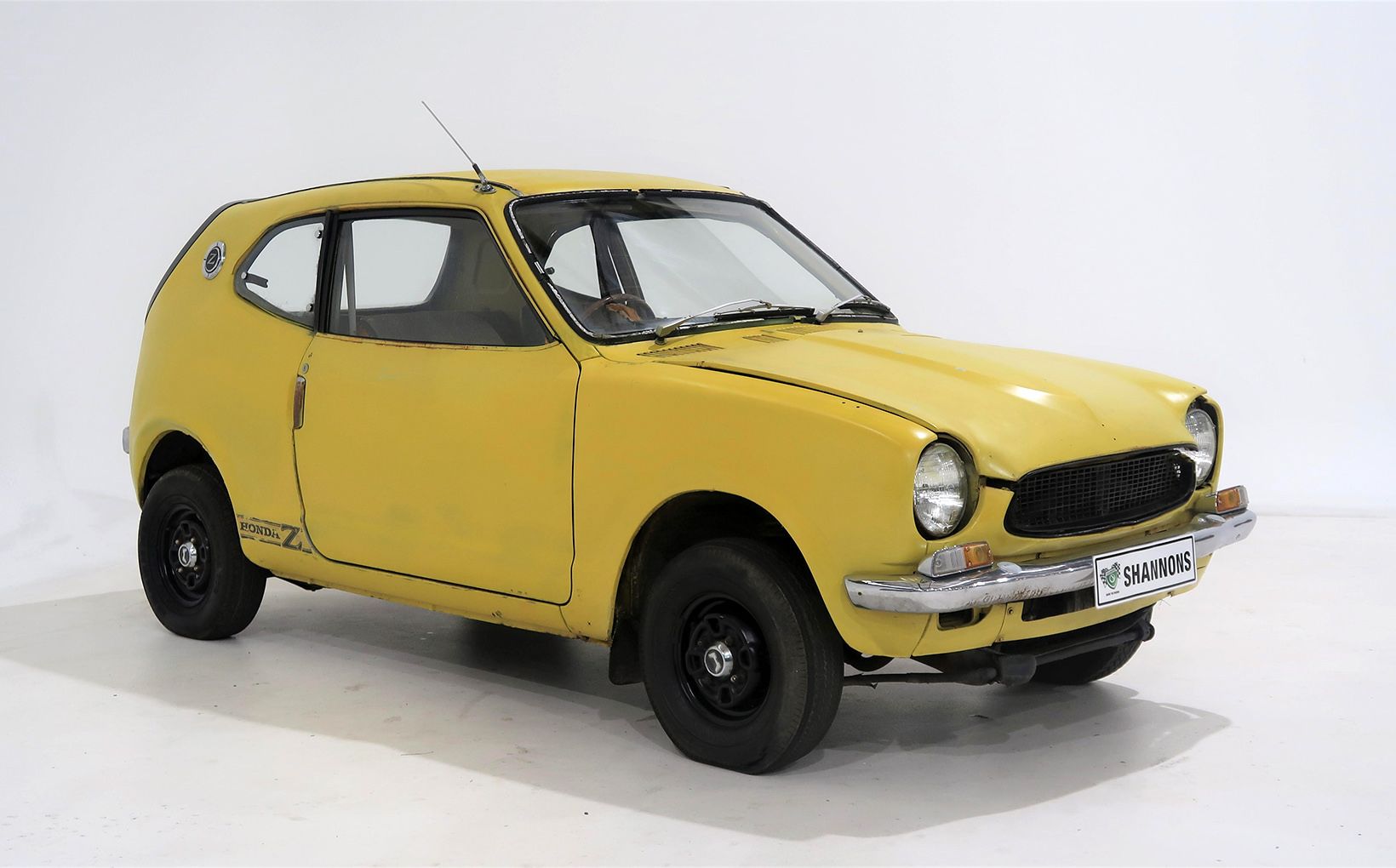 One for Japanese car collectors, this rarely-seen 1972 Honda ‘Zot’ Z360 Hatchback offered in project condition and offered with ‘no reserve’ is expected to sell for $4,000-$6,000.

Powered by a 354cc SOHC twin-cylinder engine, this rare survivor was discovered by the current Sydney owner who originally intended to restore the car for his collection of Japanese classics but is now offering it for sale in substantially complete condition.

Finished in the iconic yellow made famous in the movie “Malcolm”, the Honda is showing 79,690 miles on the clock at the time of cataloguing and does start and run, but will need a complete restoration.