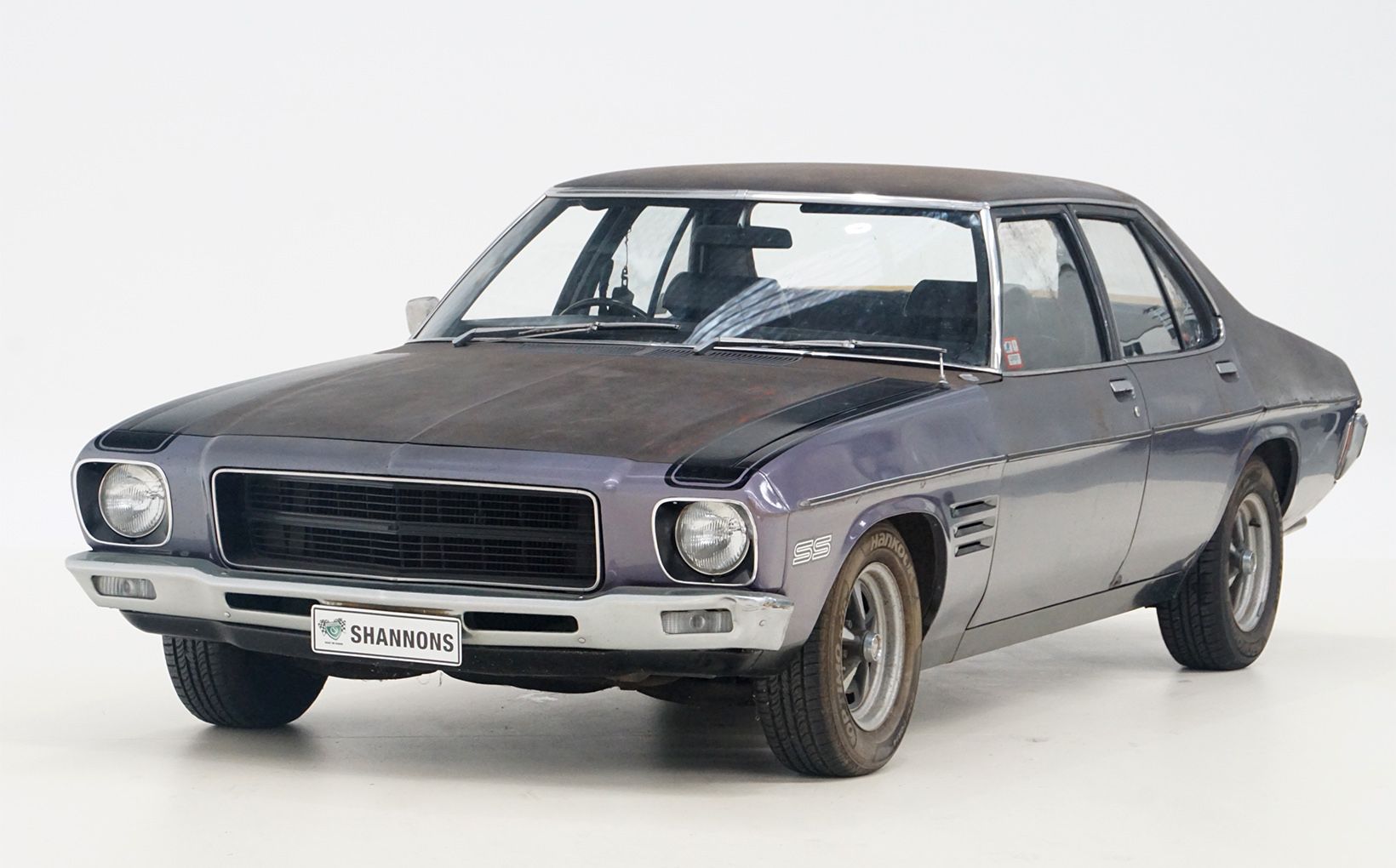 One of just 373 HQ SS models manufactured, the matching numbers four-door sedan with its 253-cid V8 engine and M20 four-speed manual gearbox with floor shift, was a precursor to the four-door Monaro GTS launched seven months later, that today is one of the era’s most appreciating ‘Muscle Cars’. 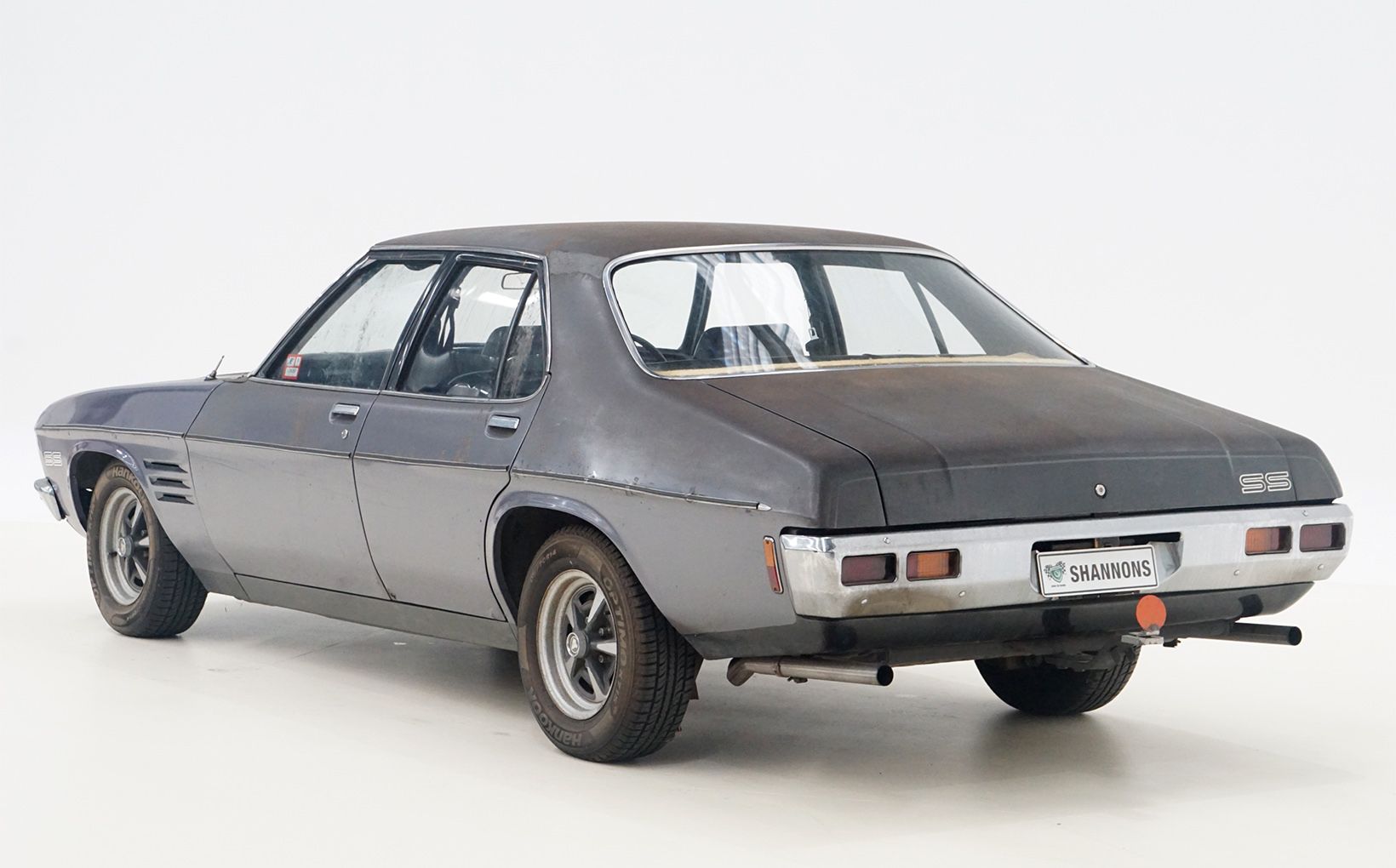 The once shiny Ultra Violet paintwork on the 1972 Holden SS is faded and discoloured, but the HQ has great provenance, making it perfect for a rewarding investment if restored.

The HQ SS has already generated considerable interest amongst enthusiasts and collectors and is expected to be one of the auction’s most sought-after lots.

Finished in the very ‘70s’ shade of Ultra Violet (purple metallic), it is one of just 23 Melbourne-built HQ Holden SSs in this eye-catching colour, adding to its attraction.

Sadly, the upper body paintwork is faded and discoloured all over, with some door rust-bubbling, but the cabin has fared better and is all factory original, with the iconic houndstooth checked cloth inserts on the black vinyl seats that was a hallmark of early-build ‘Series 1’ SS models. 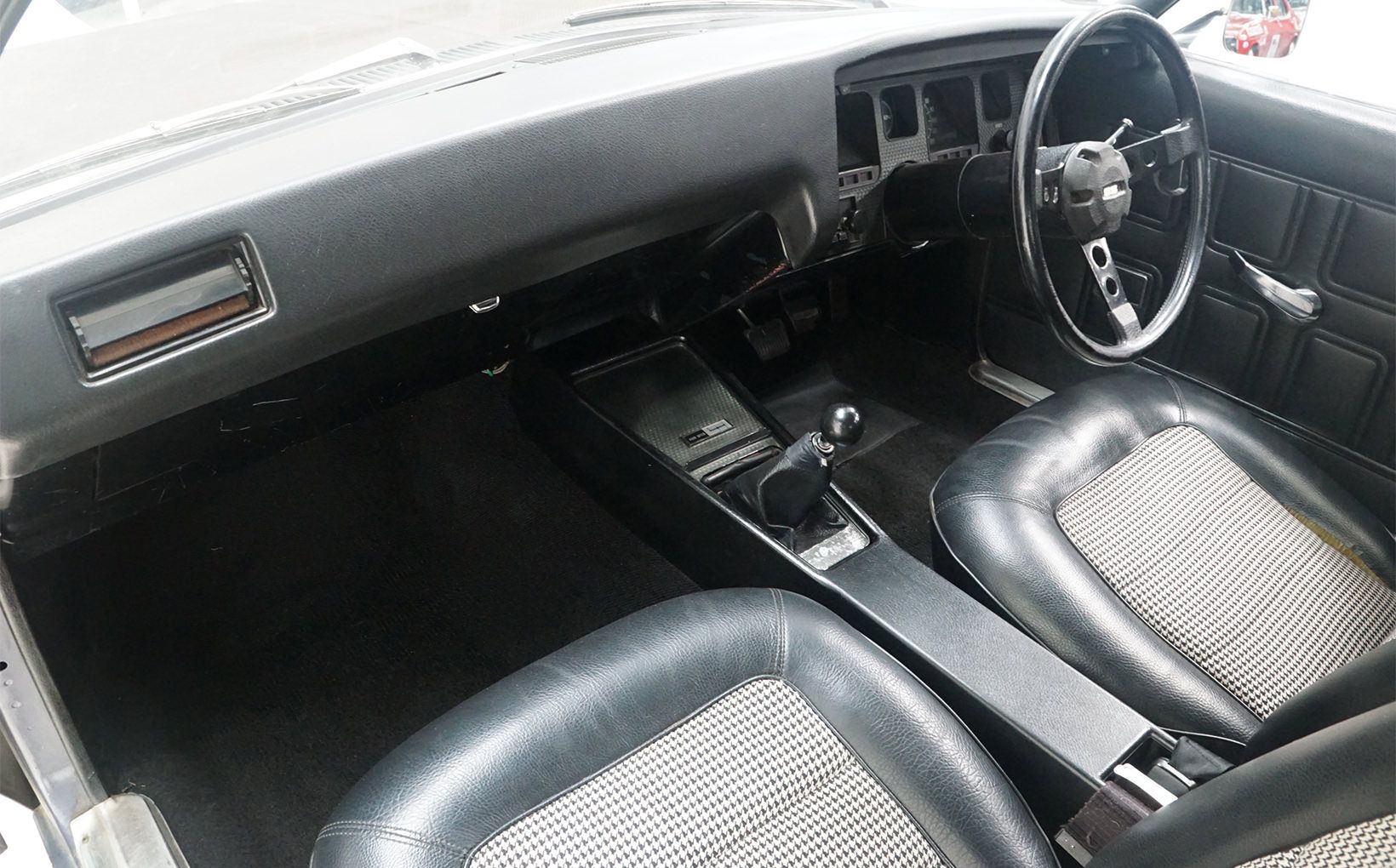 The HQ Holden retains the iconic houndstooth checked cloth inserts on the black vinyl seats that was a hallmark of early-build ‘Series 1’ SS models.

Delivered by Melbourne Holden dealer Dustings of Burwood, the SS was regularly maintained by its fastidious owner from new, using only genuine Holden parts.

In recent years it was stored, unused under the carport at the family’s home and was started in March for the first time in four years after the installation of a new battery. It now could simply be enjoyed as is, or represent a rewarding investment, if restored. 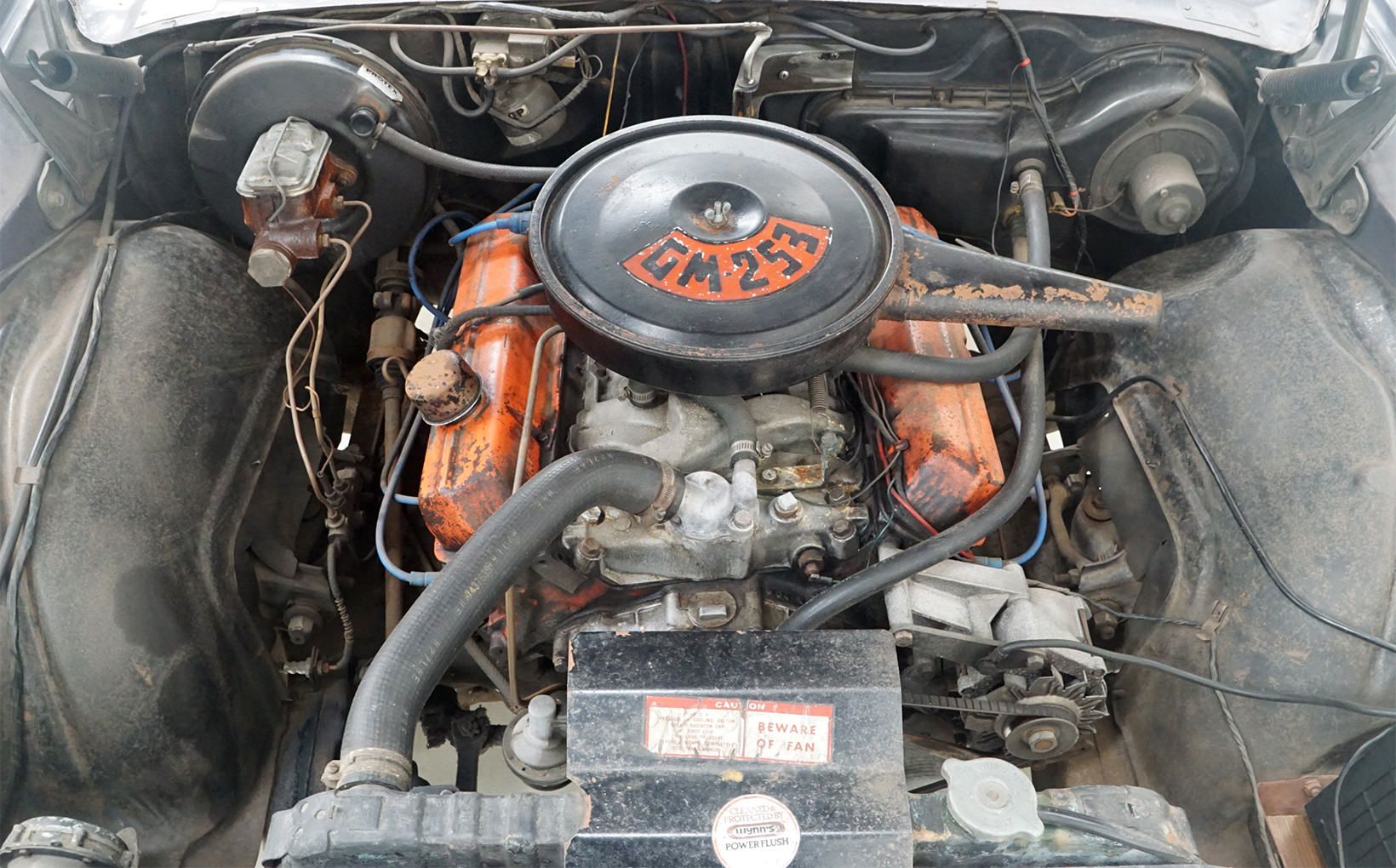