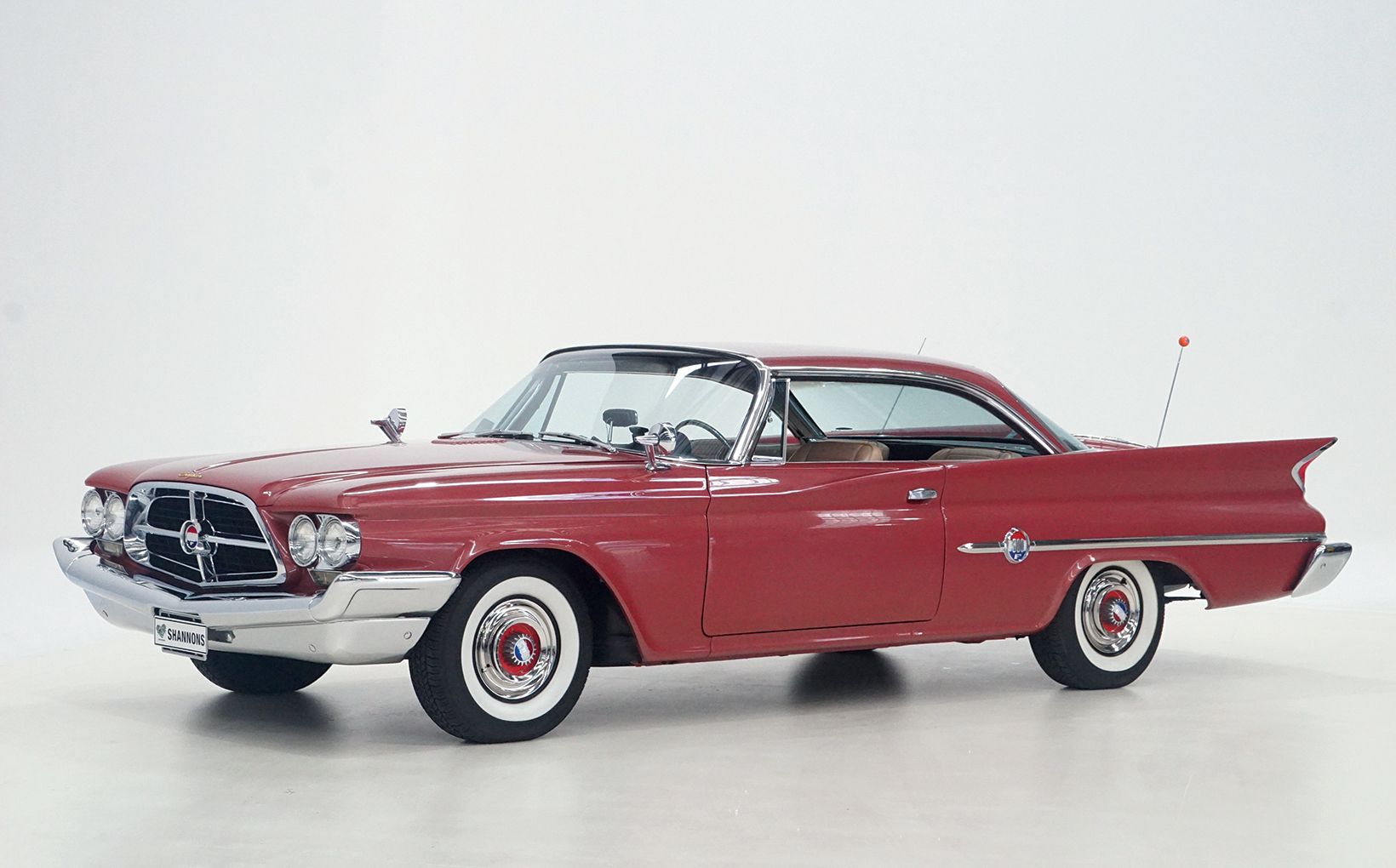 The ‘happy days’ days for exotically-styled American cruisers are back for Shannons Timed Online Spring Auction from August 31-September 7, with a number of head-turning models from the late 1950s/early 1960s era. 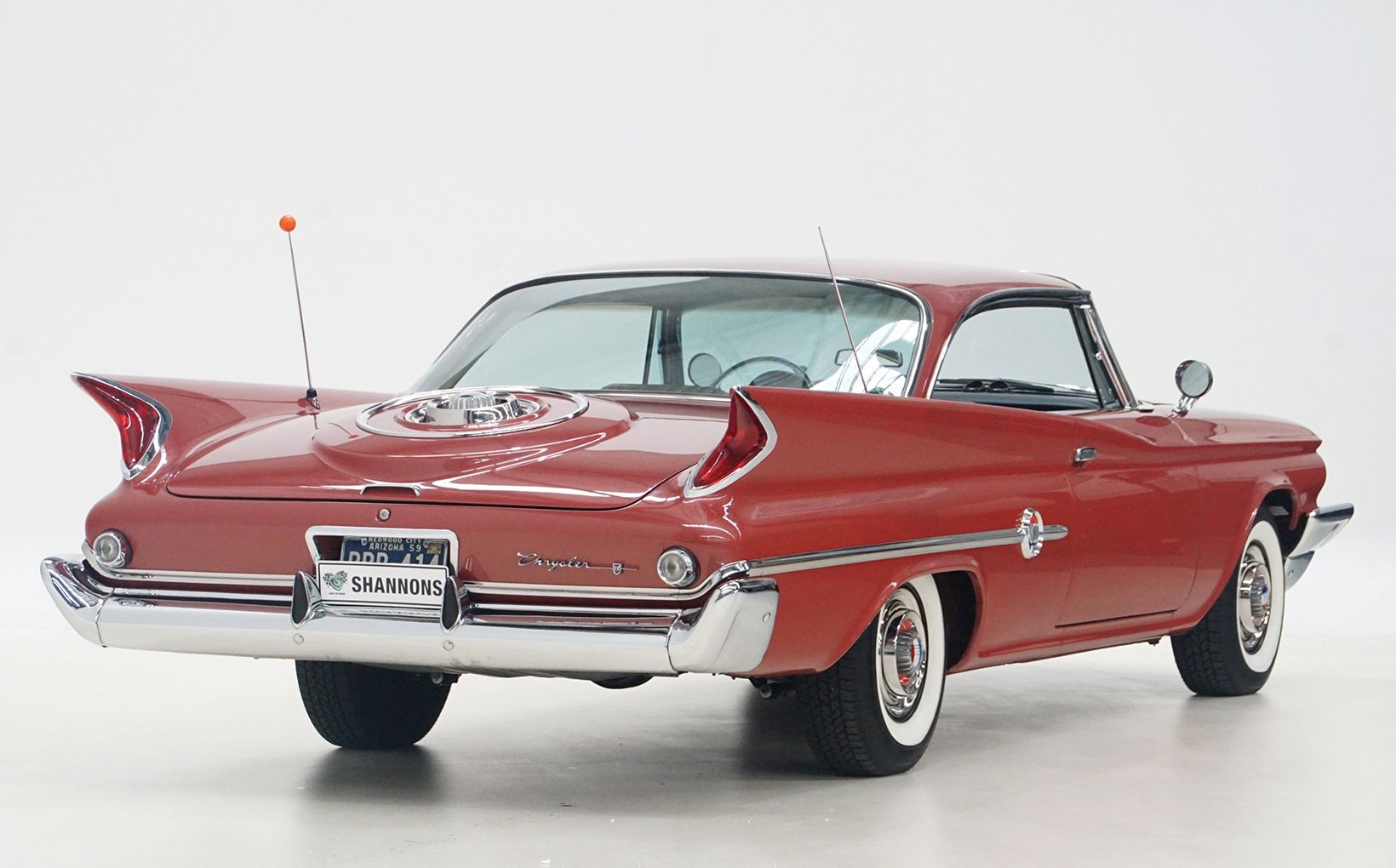 Fresh from an exhaustive restoration is a spectacular, Chrysler 300F Hardtop that in 1960 was the latest iteration of Chrysler’s legendary 300 series that started in 1955 with the C-300 two-door model.

The left hand drive coupe is one of 969 coupes and 248 convertibles built in 1960 and features the model’s new unibody bodywork with its sharper-edged styling with outward-tilting fins that were visually separated from the sides.

The 1960 300F introduced a new 6.8 litre (413-cid) ‘Wedge’ engine delivering 280kW and with a special ‘cross-ram’ intake manifold. The carburettors and air cleaners thus hung off the sides of the engine and the long tubes were tuned so they forced air into the cylinders.

Being one of the earliest pre-production 300F examples, the car being auctioned has numerous build items not found on the standard 1960 production cars.

With its tall rear fins, the rocket-like taillights and swoopy lines, plus lashings of chrome which even extend inside to the dashboard with its cockpit-like instrument display, this 300F underwent an obsessive full restoration inside and out that was completed in 2015, with its owner aimed at replicating exactly how the 300F would have rolled off the Chrysler production line.

Retaining its original left-hand drive, the big Chrysler hardtop is a stunner with its near-perfect paint, sparkling chrome and factory steel wheels with hubcaps and wide whitewalls.

An automatic headlight beam changer system, a heavy-duty 35 amp alternator, 3.31:1 Sure Grip differential and twin rear-deck aerials. To that the owner has upgraded the 300F with a higher-ratio steering box and a disc brake conversion, with the car remaining in outstanding condition after covering just over 2,000 miles since its restoration. 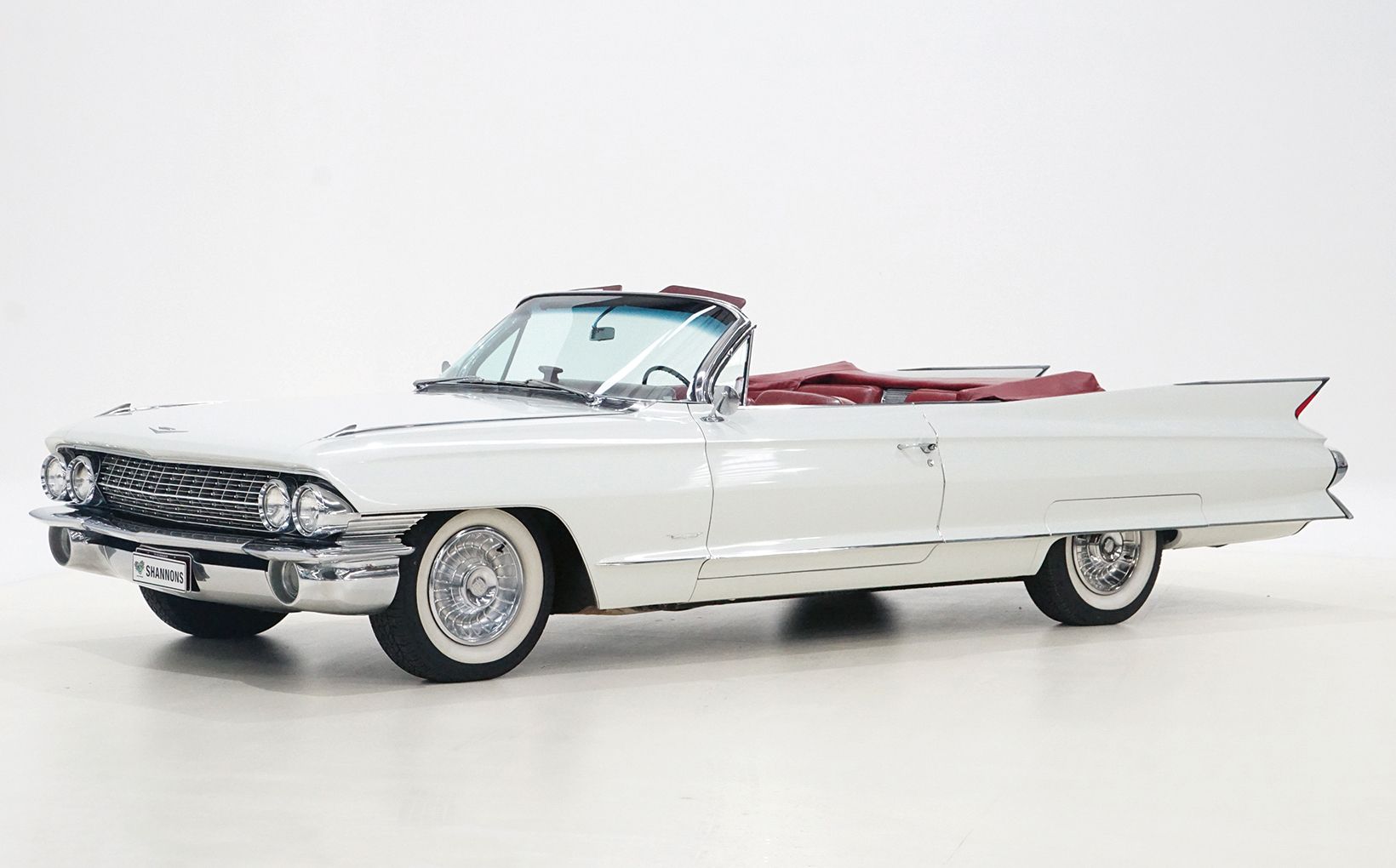 1961 Cadillac Series 62 Convertible that was formerly from the renowned Ralph Plarre collection in Victoria.

Slightly more restrained than the flamboyantly 1959 models, the Caddy being auctioned was imported into Australia in the ‘90s and is now showing an indicated 28,454 miles (at the time of cataloguing). After undergoing a full rotisserie restoration in its early days here, the car has since been maintained regardless of cost and comes to auction in its original left hand drive configuration and presents in excellent condition. 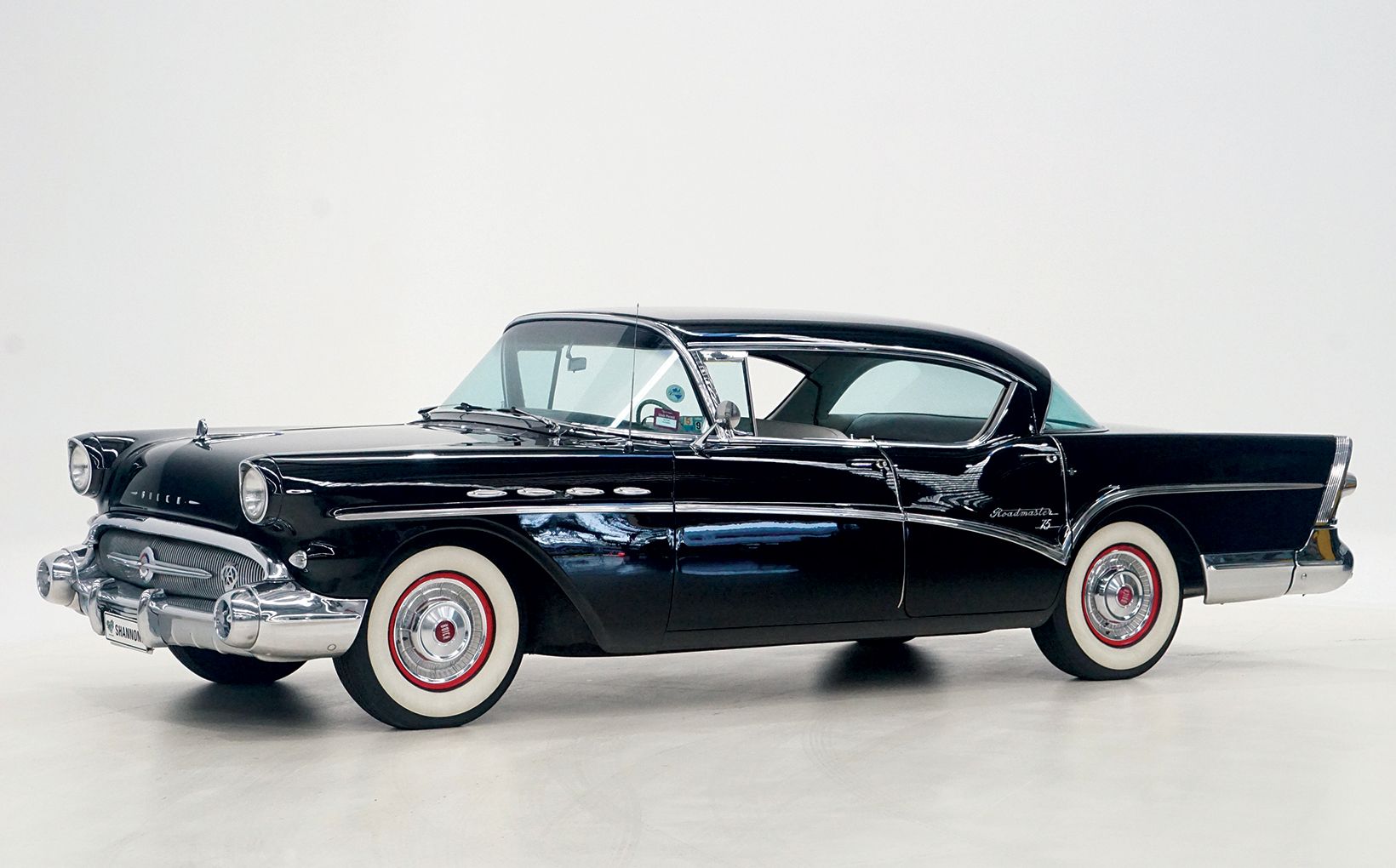 A former museum car, the 1957 Roadmaster was sold as a new, lower-profile pillarless four-door sedan, a two-door coupe and a two-door convertible, each equipped with new 300 horsepower, 364-cid V8 engine and new ball-joint suspension.

Stylistically, the ’57 models had a more panoramic windshield with reverse slanted pillars. plus a red-filled ‘Sweepspear’ down the bodysides and a chromed rear lower panel.

Purchased from a museum in America’s south, this 1957 Buick Roadmaster Riviera 75 sedan presents in outstanding condition, now showing an indicated 93,780 miles at the time of cataloguing.

With its V8 engine rebuilt recently to full original specifications, this ’57 Roadmaster Riviera 75 presents an opportunity to own something a little different in the classic American car scene and is expected to sell in the $55,000 - $65,000 range.