Bikes for two-wheeler enthusiasts of all ages has drawn strong early bidding in Shannons Timed Online Autumn Auction that closes on Tuesday next week (May 24). 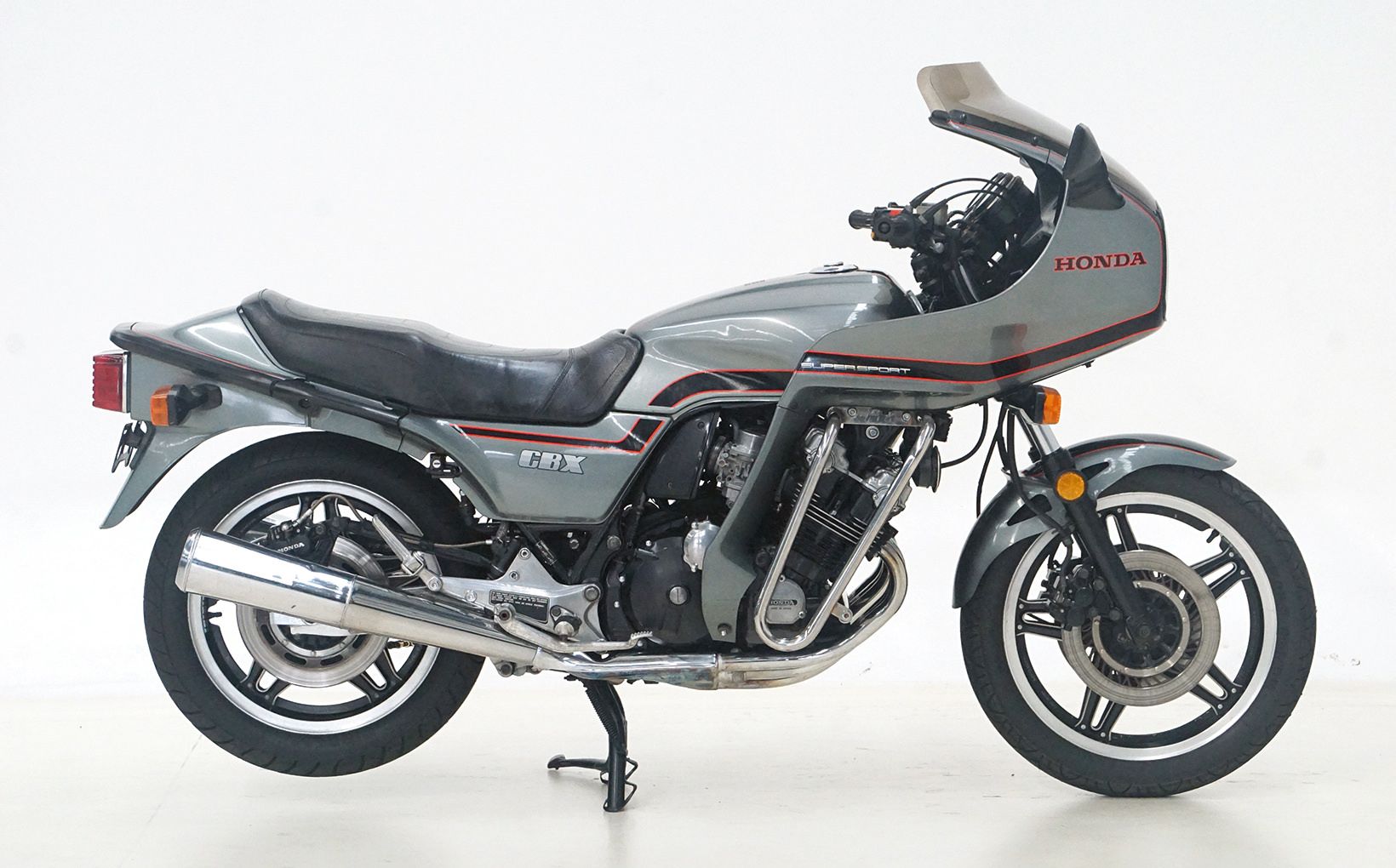 As well as 15 fabulous British bikes, led by a 1949 Vincent H.R.D. Rapide C-Series and an iconic 1965 Bonneville T120R, the great selection of Japanese, American and Italian machines has spiked early interest.

For serious collectors, the leader of the Japanese pack is a 1981 Honda CBX1000 similar to the one owned by former Tonight Show host and car collector, Jay Leno.

Presented in good original condition and showing an indicated 29,464km (at the time of cataloguing), this rare Melbourne-delivered grand tourer is one of the most sought-after Japanese motorcycles and is expected to sell in the $24,000 - $30,000 range. 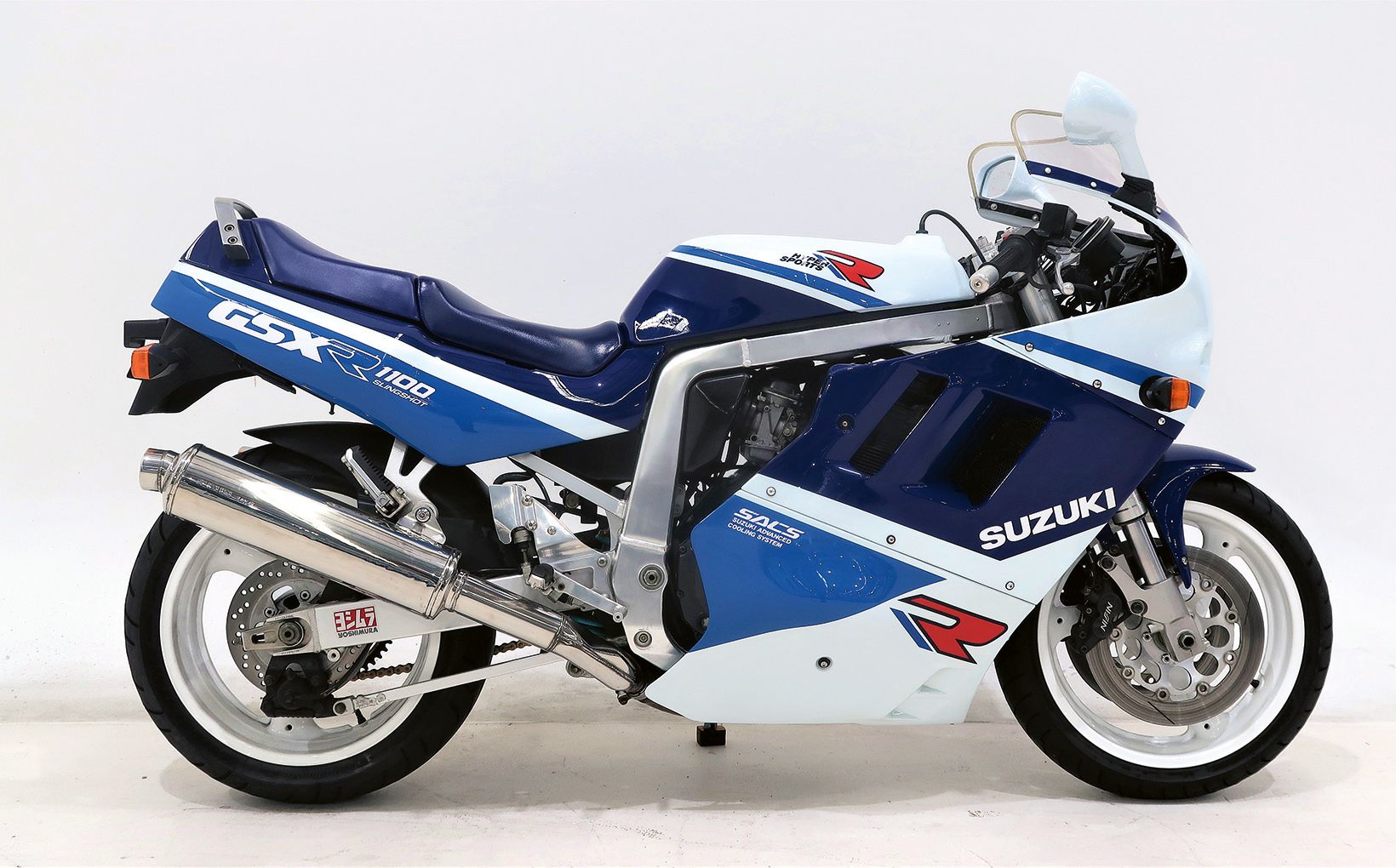 A very desirable Japanese superbike in the auction is a legendary, collector-grade 1989 Suzuki GSX-R 1100 superbike from a private collection.

Showing just 17,401 miles on the clock, this immaculate, UK-sourced four cylinder 1127cc GSX-R1100 was sourced by the current Sydney owner after a long world-wide search to find the best possible example of this iconic Japanese superbike.

Beautifully presented in Suzuki’s signature blue and white colours with a blue saddle, this exceptionally low mileage ‘Gixxer’ sits on its original white three-spoke alloy wheels, while its fairing is in excellent condition and free from damage.

The bike even has the correct 40C4 pipes fitted, when so many have aftermarket exhausts and in its exceptional condition it is expected to find a new owner in the $20,000 - $25,000 range. 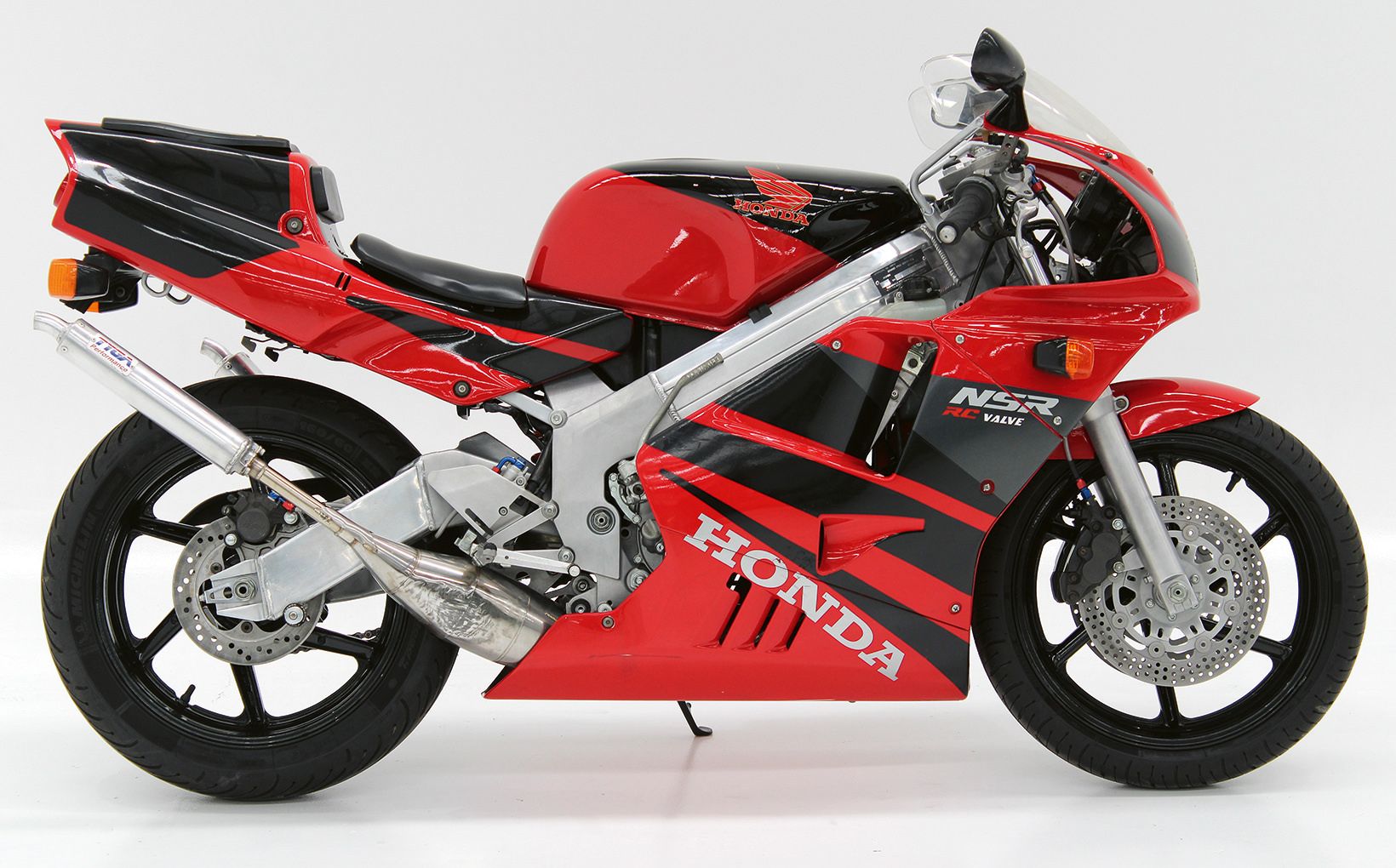 Another great Japanese road-going race bike is a 1990 street-legal V-Twin Honda NSR 250 MC21 that was a standout in its era for taking the performance image created by its RS250R production race motorcycles to the road.

The subject of an exhaustive restoration and personally autographed by five-times MotoGP champion Mick Doohan, the owner says the bike has covered a claimed 11,826km and has never been dropped.

During its comprehensive restoration, its frame, engine, bar ends and much more were all extensively vapor blasting to ensure this beautiful NSR was up to new standards. Because of its iconic street bike status and the quality of its restoration, the NSR 250 is expected to sell with ‘no reserve’ for $18,000 - $24,000. 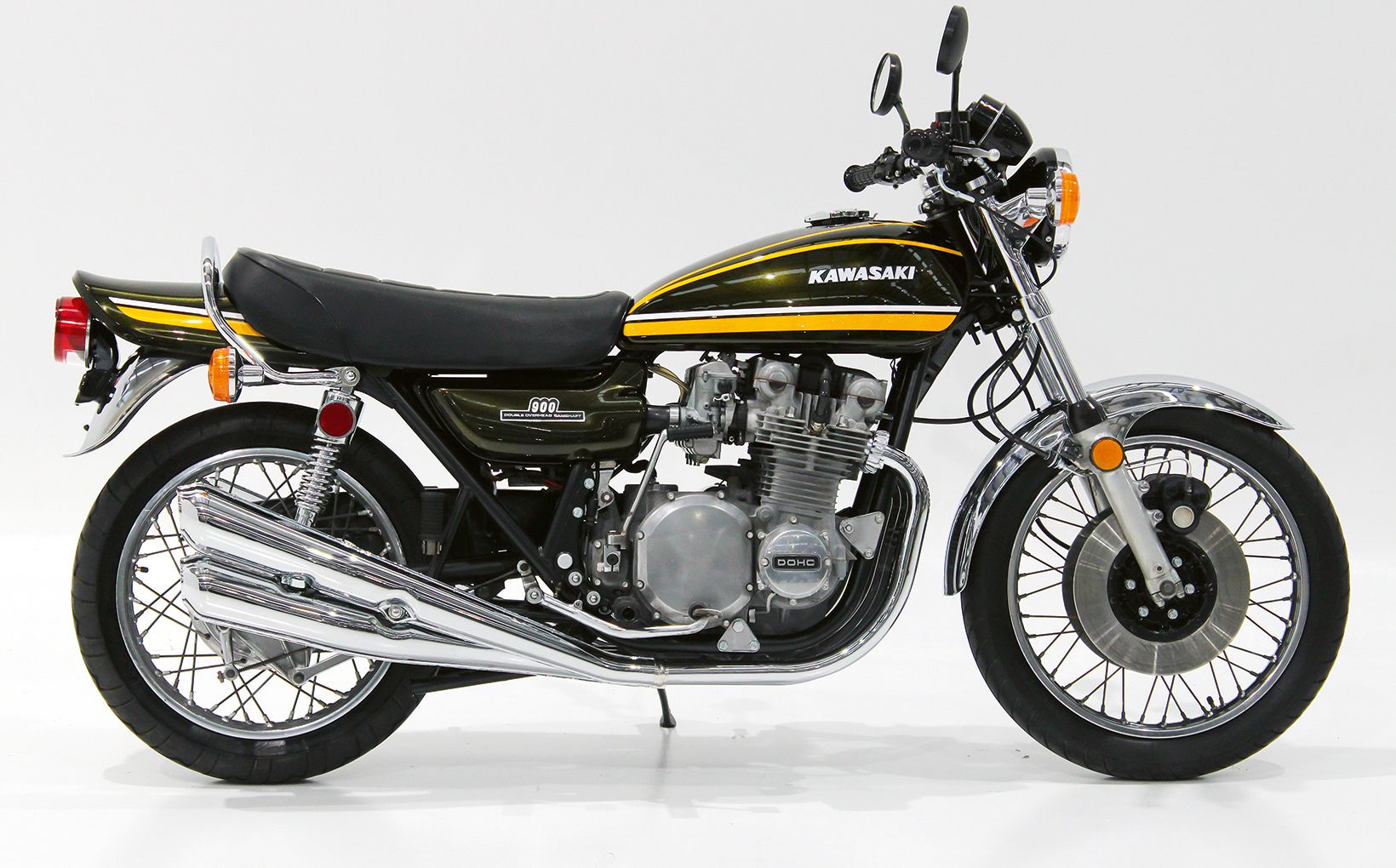 This 1973 Kawasaki Z900 – the first mass-produced factory superbike powered by a DOHC four-cylinder engine, which was transversely mounted and air-cooled, is expected to sell in the $20,000 - $30,000 range.

A sought-after Kawasaki in the auction is a 1973 Kawasaki Z900 – the first mass-produced factory superbike powered by a DOHC four-cylinder engine, which was transversely mounted and air-cooled.

Today this formidable classic big-bore Kawasaki is eagerly sought-after by collectors as one of the most charismatic Japanese motorcycles of all time and with its superb presentation it is expected to draw bids in the $20,000 - $30,000 range.

This tastefully customised bike, with its two-valve 900cc Ducati engine, Brembo brakes and Ohlins rear damper represents an outstanding opportunity to acquire one of the most desirable motorcycles of its era. 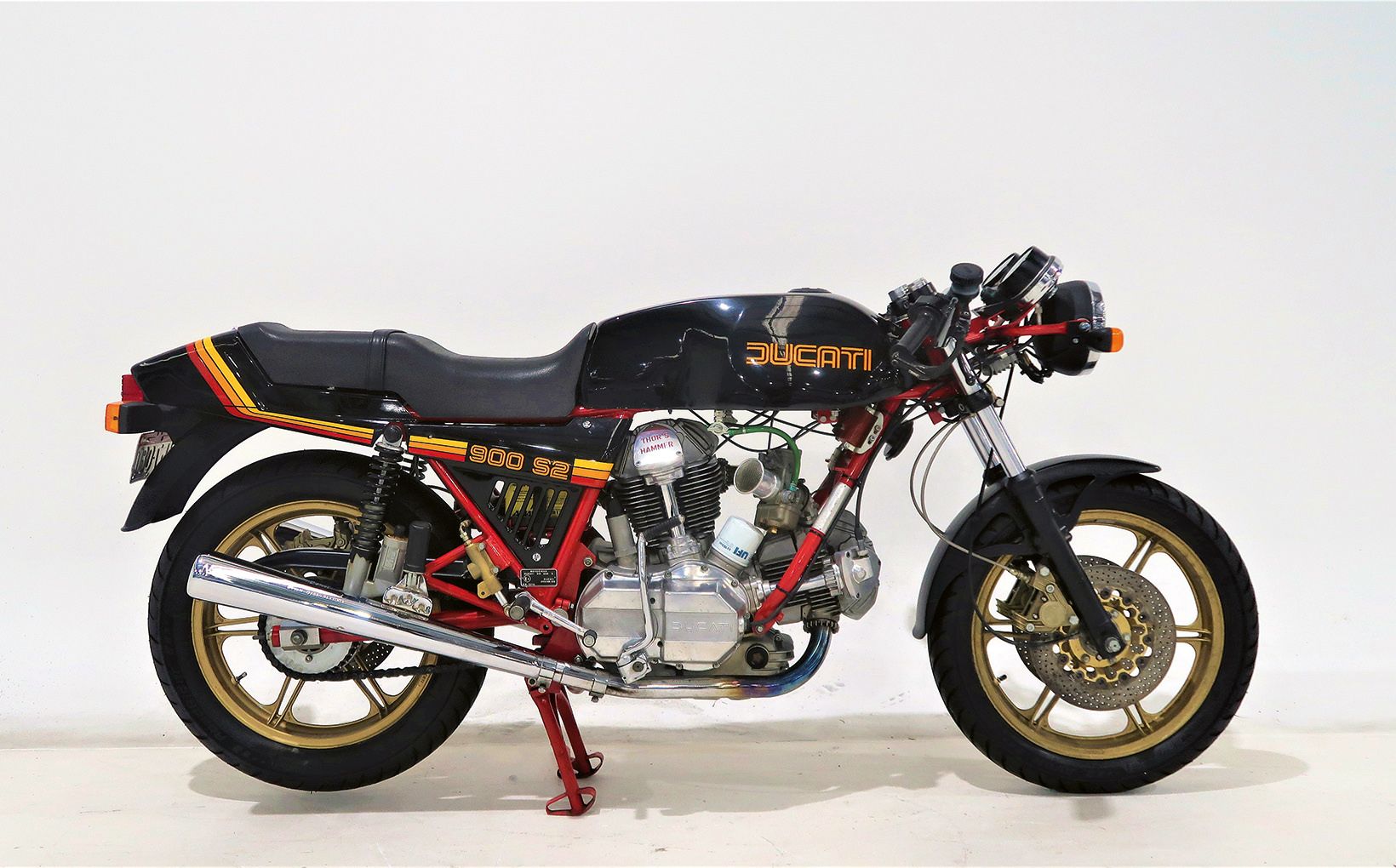 The other Ducati is a 1983 Ducati 900S2 – the successor for the long-running Super Sport series that was finally launched in 1982 using a frame similar to the later 900 Mike Hail wood Replica.

One-family-owned from new, with less than 2,700km now on its odometer, the S2 is one of only a handful of bevel-drive 900 S2s produced before electric starts became the norm.

Being an early S2, the bike has some special features including Conti pipes that give the 900 a unique sound, while the original Delofts carburettors were swapped for bigger PHM 40s with bell mouth intakes for added power.

Part of a private collection and lovingly cared for, the Ducati would make a wonderful addition to any Italian bike collection and is expected to sell with ‘no reserve’ in the $25,000-$30,000 range.

The third Italian motorcycle in the auction is a 1973 Moto Guzzi 850-T V-Twin that features a racy sport frame.

Powered by a 90-degree, 844cc V-twin, Moto Guzzi stuck with its trademark shaft drive for this sports model , which featured a close-ratio five-speed gearbox and a disc front brake. The result was quick, with Two Wheels magazine recording a top speed of 198km/h.

Lighter than the earlier 850GT, featuring outstanding paint and chromework, the Moto Guzzi epitomising Italian motorcycle style and quality and it is expected to sell with ‘no reserve’ for $14,000-$18,000. 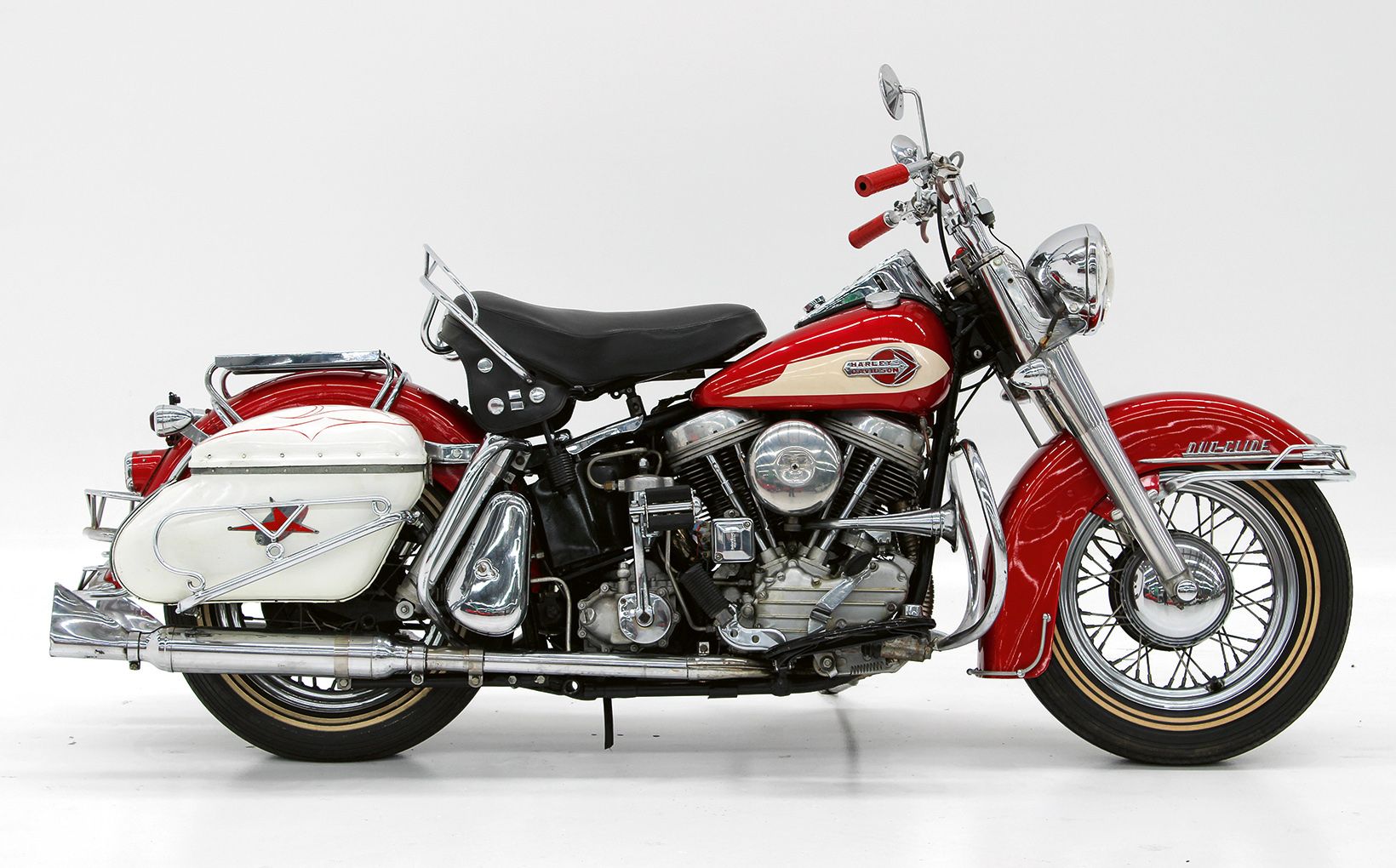 This magnificent 1959 Harley-Davidson Panhead, regarded by many as America’s most recognised classic motorcycle, is cited to sell in the $30,000-$40,000 range.

American motorcycle enthusiasts are very well-served by two great Harley-Davidsons – a 1959 Panhead, regarded by many as America’s most recognised classic motorcycle and a 2012 XL1200X Forty Eight with ‘Old Skool cool’ that is expected to sell for $8,000 - $12,000.

Examples of the Panhead (Model FL) with its classic ‘bling’ and 1.2 litre V-twin engine served a major role in America’s Post-War motorcycle boom.

Extremely rare in Australia and in classic red and ivory period livery, the bike has been the recipient of a complete and recent ground-up restoration, and with its odometer currently showing 41,340 miles at the time of cataloguing it is priced to sell in the $30,000-$40,000 range. 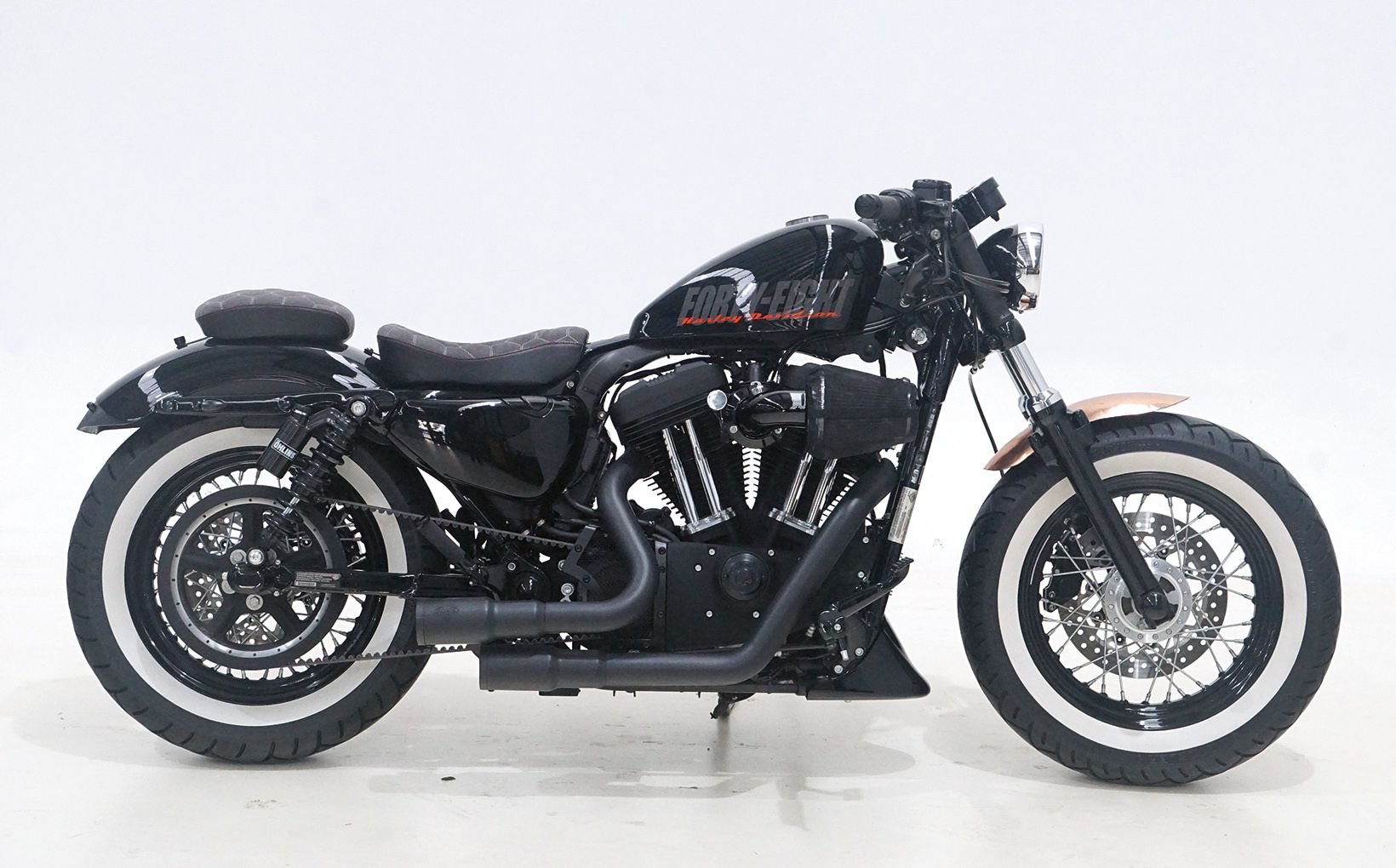 This ‘Forty Eight’ looks cool and retro with its matt black tank, copper-coloured front guard, grey-cloth seat, and whitewall tyres it is expected to sell affordably in the $8,000 - $12,000 range.

In contrast, the XL1200X Sportster 48 in the auction was an evolution of Harley-Davidson's longest running model that evolved from dirt track racers into a series of popular road-going bikes.

Featuring a 1948-style ‘peanut ‘ tank as well as a number of other historic design elements, the XL series employed a new generation of engines with alloy heads.

With its matt black tank, copper-coloured front guard, grey-cloth seat and whitewall tyres and is expected to sell affordably in the $8,000 - $12,000 range. 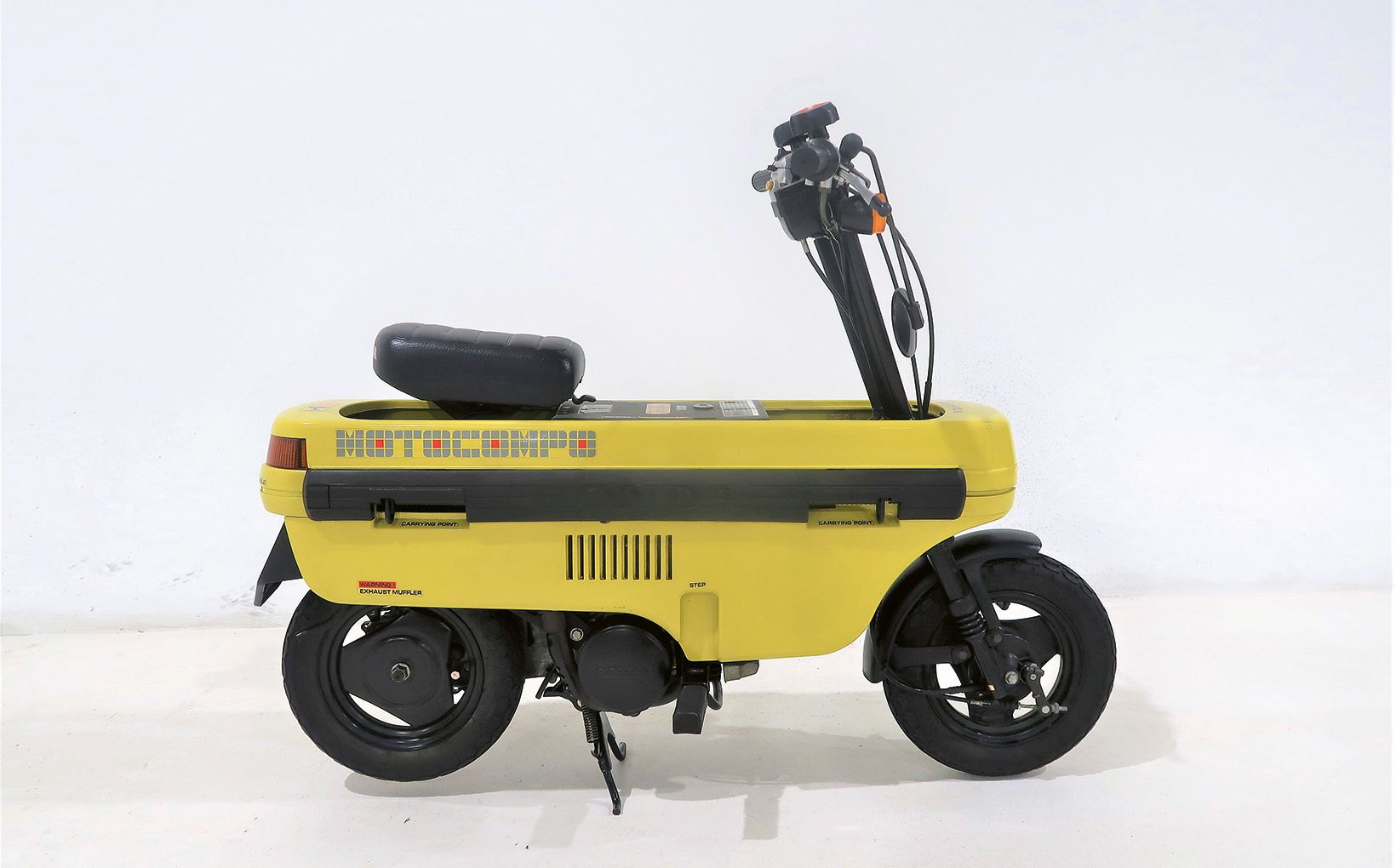 This quirky folding 1982 Honda Motocompo motorcycle is expected to sell with ’no reserve’ for up to $6,000.

The bluntly-styled and fully-operational Motocompo commuter scooter released in 1981 with its handlebars, saddle and foot pegs all folding into the plastic bodywork, it was designed to be carried short distances to the office, or stored in the boot of a small Honda City car and would be the conversation hub of any car or motorcycled gathering today.

The Honda Z50J Mini Bike is now very collectible, while the 40th Anniversary Honda Z50 Monkey Mini Bike comes from a local curated collection and has never been ridden.