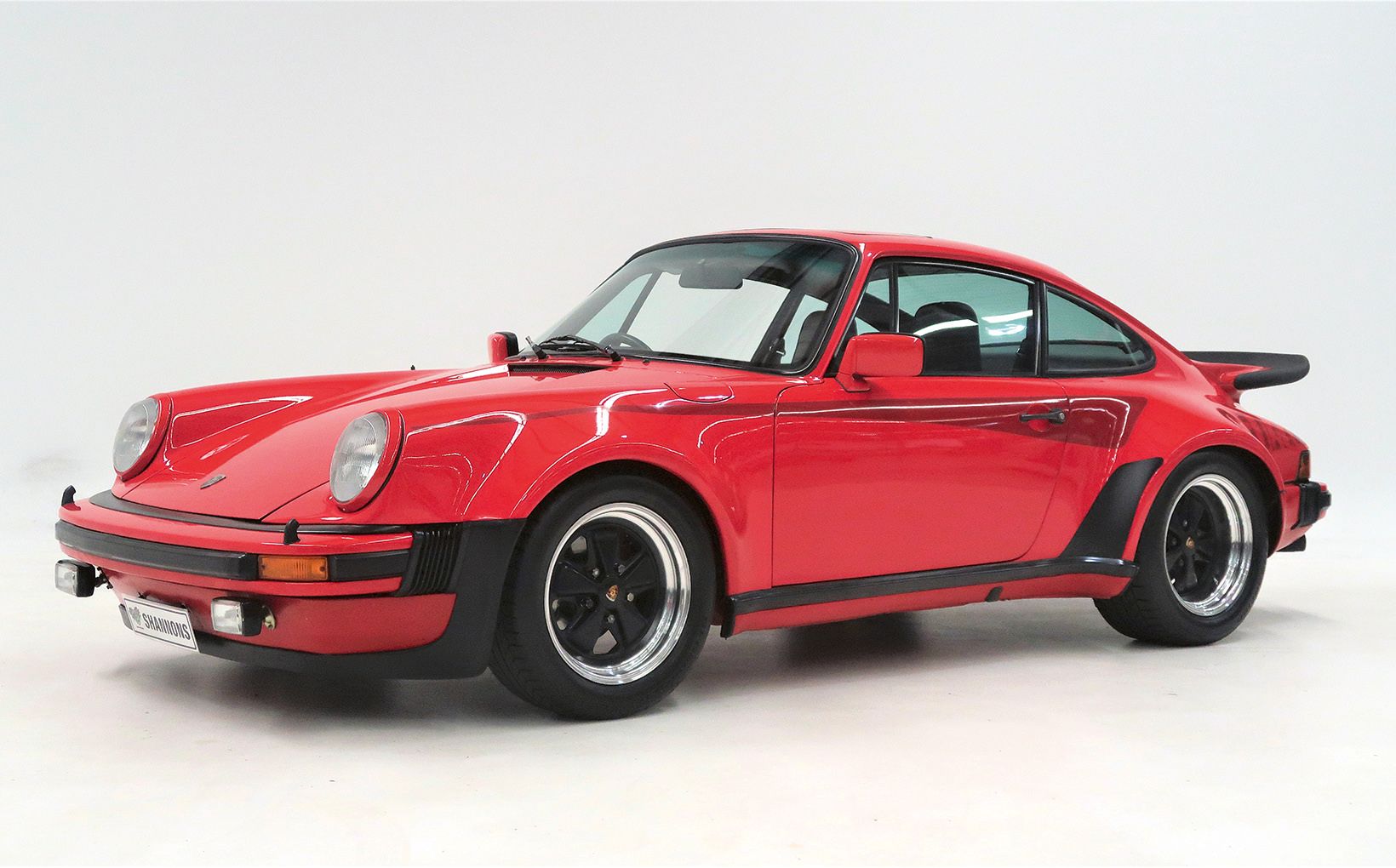 The standout of the Stuttgart set for collectors is a superbly presented 1977 3-litre 930 Turbo with extensively refurbished mechanicals in the sought-after colour combination of Guard Red with period Turbo graphics and black leather upholstery.

Originally built for the US market and therefore factory-equipped with power boosted brakes, along with a factory sunroof, the flagship Porsche was imported into Australia in late 2000, where it was professionally converted to right-hand drive, with considerable restoration work undertaken at the time.

Regarded by enthusiasts as the more collectible of the early Turbo 911s, the Turbo 3.0 was treated to considerable mechanical refinement after being purchased from Shannons three years ago, with more than $100,000 invested in bringing the car up to our vendor’s exacting standards. 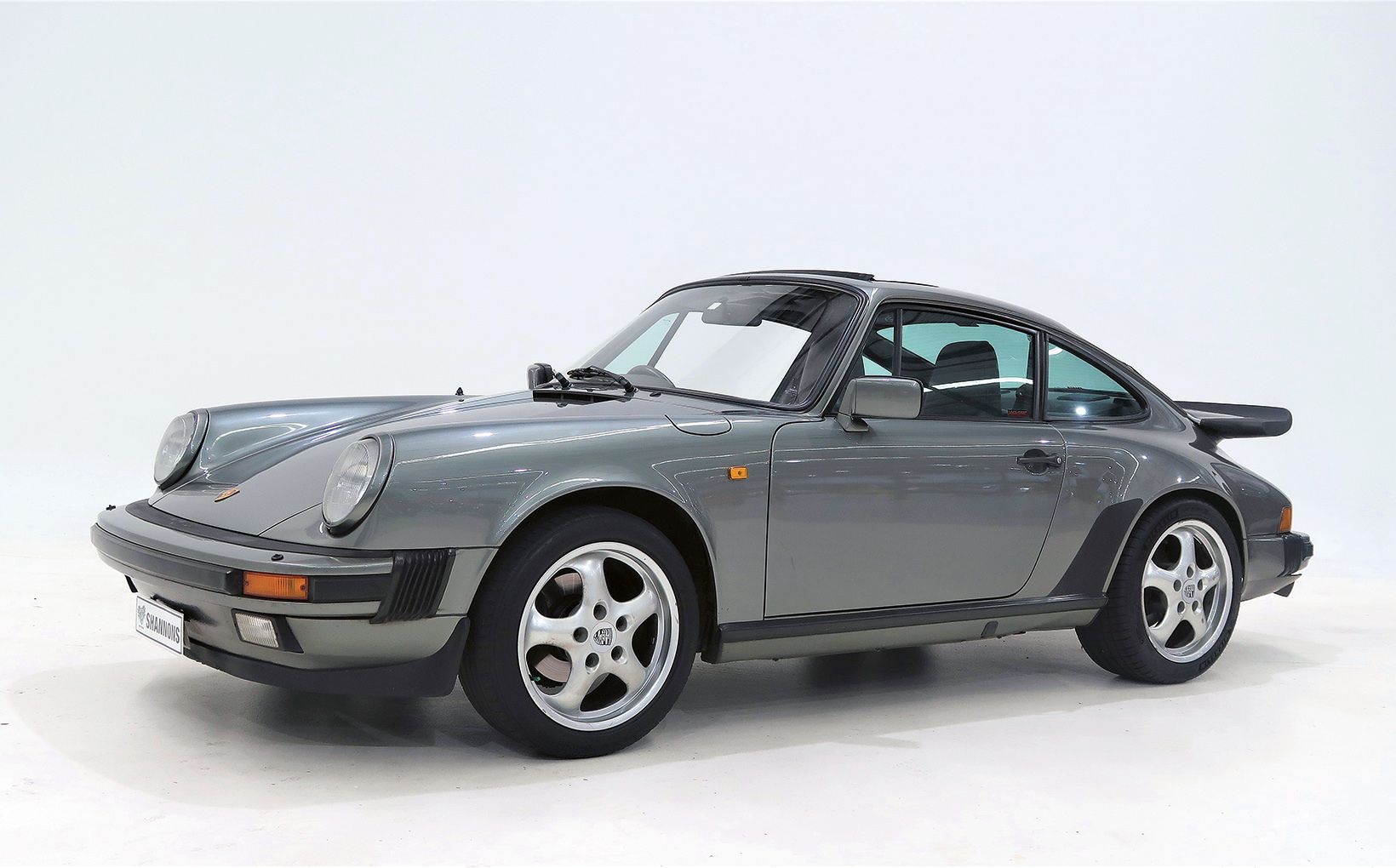 This highly-optioned ‘driver level’ 1988 Carrera 3.2 Coupe coming to auction following a full engine rebuild and with the sought-after G50 manual gearbox represents excellent value at its expected selling price of $90,000-$120,000.

Highly desirable amongst Australian-delivered Porsche 911s is a highly-optioned Granite Green Metallic 1988 Carrera 3.2 Coupe that has benefited from a full engine rebuild by Sydney Porsche in late 2017, with invoices in excess of $50,000 on file.

Maintained in excellent condition, the clearly much-loved Porsche comes to auction from 15 years of one family ownership. With its odometer reading 234,984 km (at the time of cataloguing), the much-loved 911 is clearly no garage queen is a great driver level example of the fabulous Carrera 3.2. Featuring the desirable G50 manual gearbox it represents excellent value at its expected $90,000-$120,000. 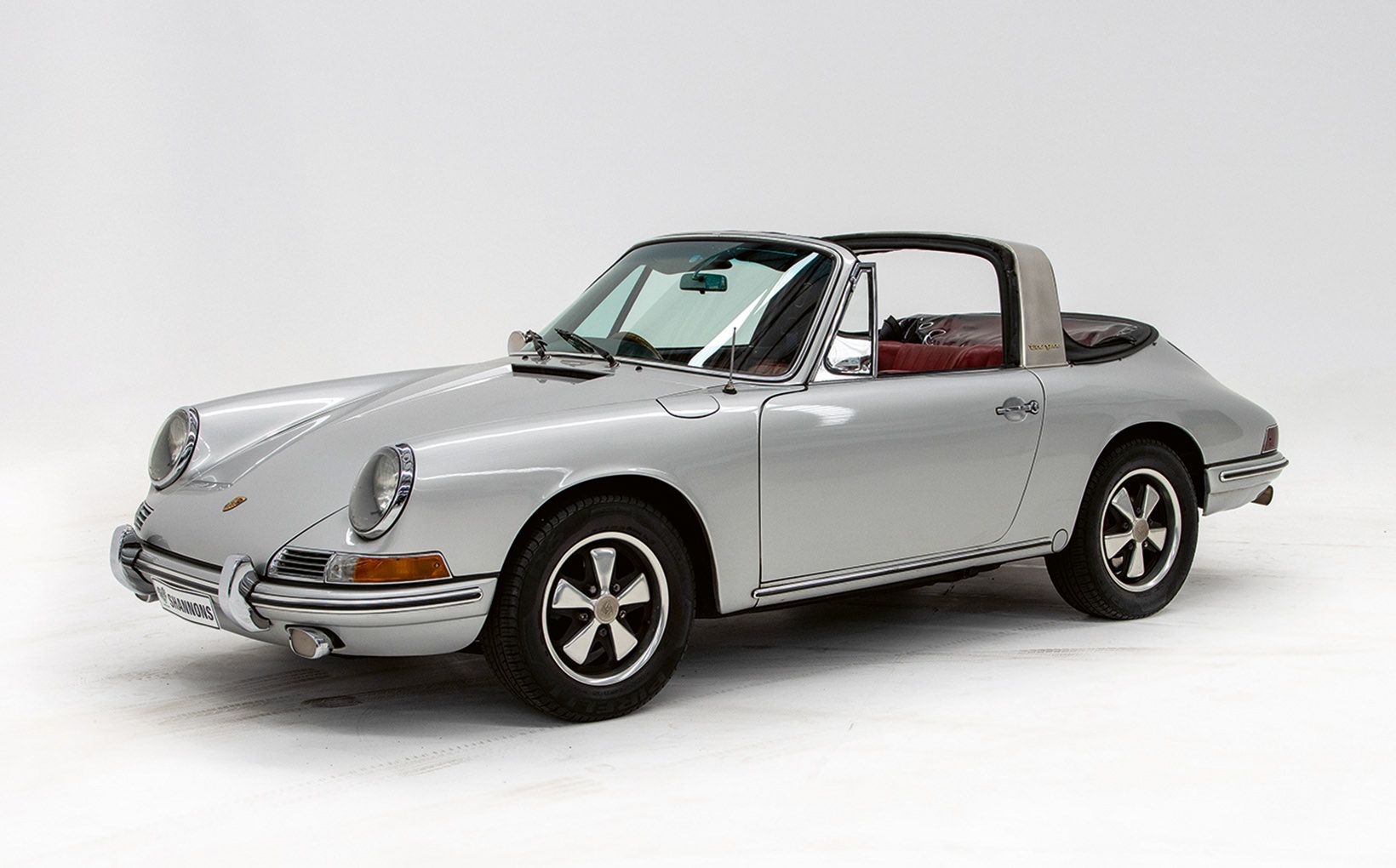 Alternatively, similar money ($100,000-$120,000) could be invested in a 21 years older 1967 Porsche 911 'Soft Window Targa' Coupe presented in its factory-delivery colours of silver with red upholstery – a model that has proven value as a collectible early 911 on the world market.

Because of their rarity, the early ‘soft’ rear window 2.0-litre six cylinder ‘Targa’ models have become more sought-after than later glass rear windowed Targas, with Shannons expecting strong bidding for the example being auctioned in the $100,000-$120,000 range. 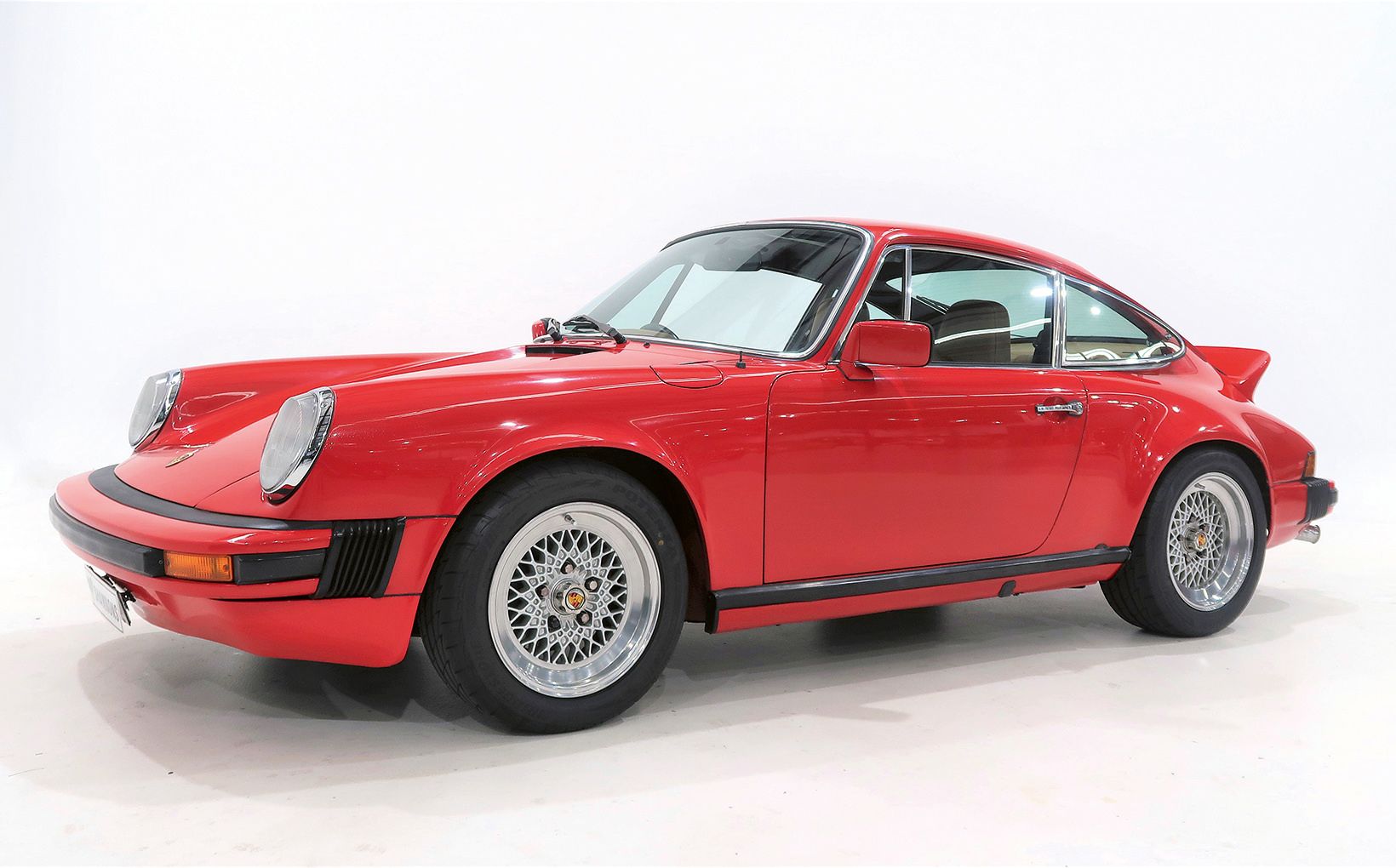 Imported in 1979, the 1976-model 911 has the extra cachet of being upgraded in Australia in 2004 to 210hp Carrera 2.7 specification, using new Mahle pistons and cylinders, chains and tensioners. The gearbox was also rebuilt, along with a new clutch and the upgraded brakes with AP Racing four-pot calipers front/rear and AP Racing discs up front, while the rebuilt suspension now has Koni sports valve shock absorbers now fitted all round.

Having achieved its mission to become a great driver’s car, this 911- now repainted Guard Red - represents fabulous value for money in the current market, priced well under comparable Australian-delivered cars at $70,000-$80,000 with ‘no reserve’.

Although its odometer showed 224,285km at the time of cataloguing, the locally-delivered 911SC Targa is fine example of this most popular 911 model and comes to auction in nice condition, ready to be enjoyed.

Regularly maintained, with service records dating back to 2008, the five-speed manual gearbox 911SC represents perhaps the best Porsche model for everyday enjoyment and value, making it the perfect classic 911 with the example being auctioned offering many kilometres of enjoyment still to come for its future owner. 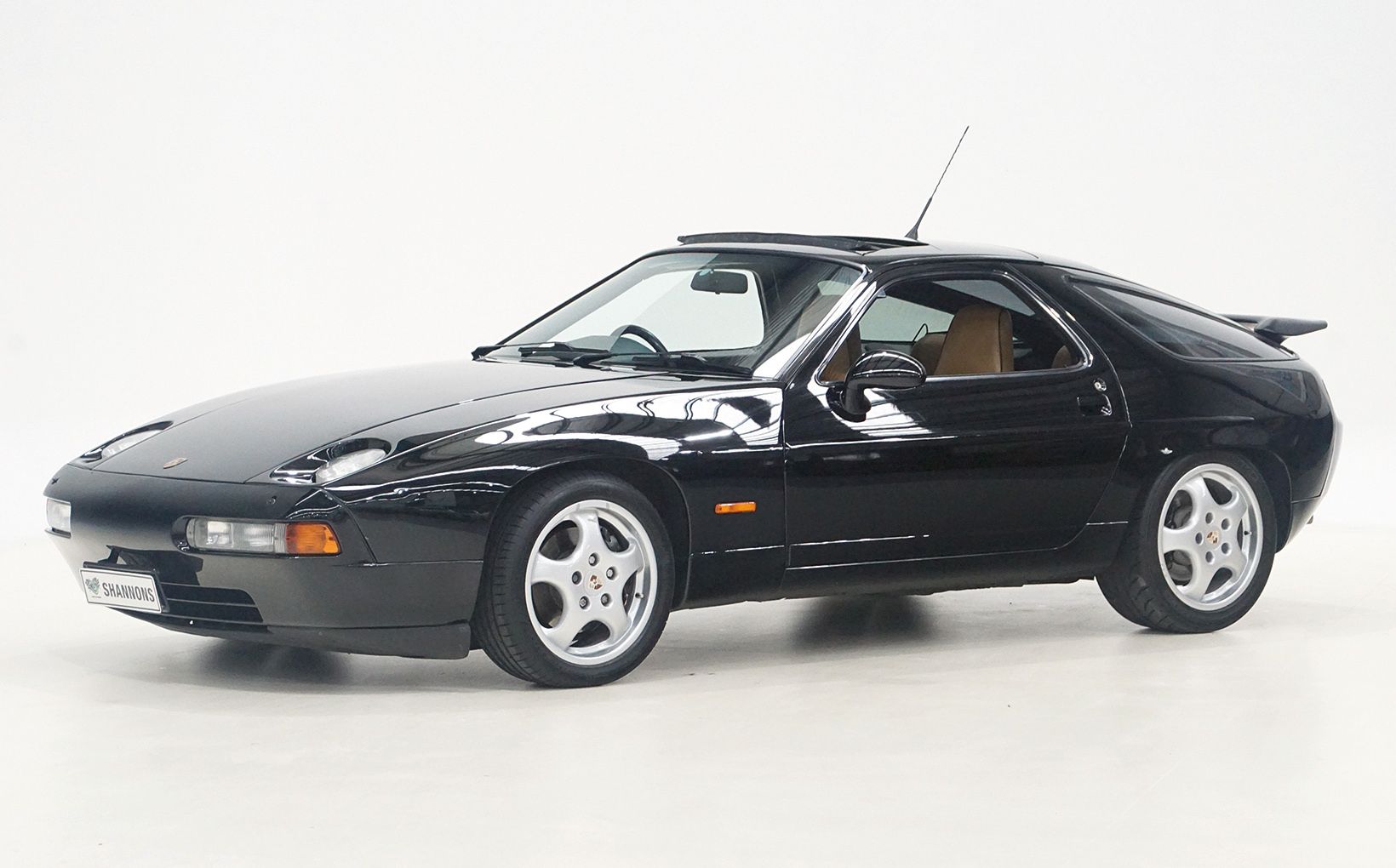 The Porsche selection in the upcoming ‘Anniversary’ auction is capped off by two now-rarely seen manual gearbox, front-engined V8 grand touring 928 coupes – a 1990 928 GT– one of just four imported into Australia that year – and a 1984 Porsche 928S.

Major work has included a comprehensive rebuild of its 4.7 litre V8 around 18,000km ago, plus extensive work to the five-speed manual gearbox and sundry other work.

A rare model in Australia, with a known history and the right supporting paperwork, this is one for the collectors at its guiding range of $90,000-$100,000.

The alternative for Porsche 928 enthusiasts is a very original 1984 Porsche 928S, also fitted with the desirable manual gearbox as well as the higher output 310hp Euro-spec V8 motor.

In the fast appreciating world of Porsche transaxle cars this 928S stands out as a real rarity, being the first of the Euro-spec 310 horsepower models and one of very few supplied to the Australian market with a manual transmission.

Finished in in Grand Prix White with burgundy leather upholstery and optioned with an electric sunroof, forged alloy wheels and cruise control and with its odometer reading 124,351 km at the time of cataloguing, the 928S is owned by a Sydney Porsche enthusiast and has been sitting for an extended period while considerable work and expense has gone into its recommissioning.

Cosmetically very clean, this lovely Porsche 928S also comes with a fitted car cover and will appeal to Porsche enthusiasts at is expected selling price of $75,000 - $85,000.