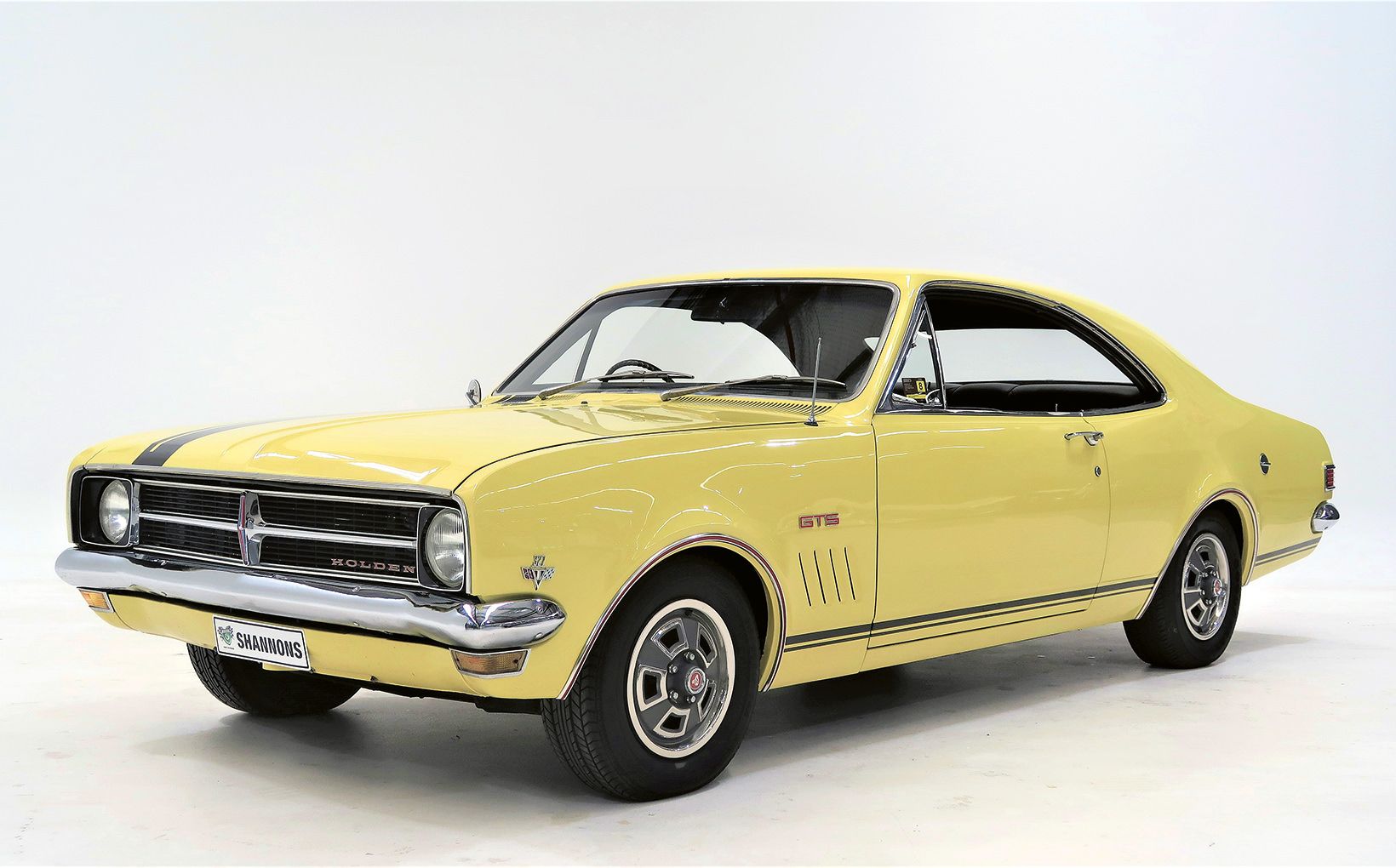 The big guns of Australian and US Muscle Cars are being primed for Shannons Timed Online Spring Auction from August 31 – September 7, headed by a sought-after Monaro GTS 327 ‘Bathurst’ coupe and a fabulous Falcon GT-HO Phase 2 sedan. 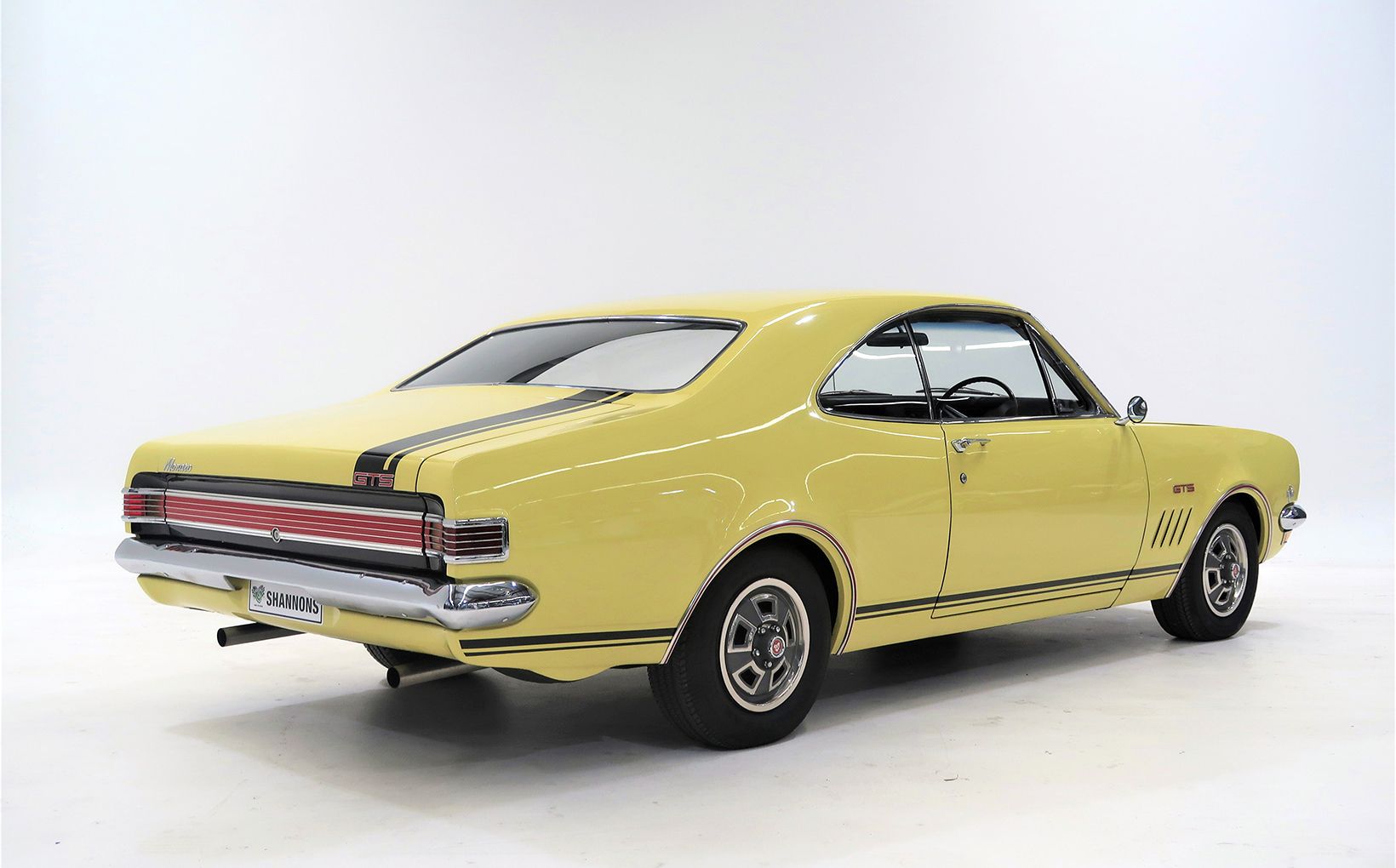 The three-owner, Melbourne-built Monaro with its correct numbers was originally delivered to Cohuna on the Murray River, finished in Silver Mink with a black interior.

It relocated to Queensland with its second owner, who sold the car to the current owner in 1998 from an advertisement in Unique Cars magazine.

The Monaro in his hands then returned to Melbourne before it was shipped to the United Kingdom later that year, where it has resided until now. Fully registered on UK plates, the Holden was carefully garaged and rarely driven on English roads, creating quite a stir as surely only the only GTS 327 in Britain whenever it did.

In 2013 the vendor made the decision to refurbish the car, changing its colour to the Warwick Yellow ‘hero’ colour of the 1968 Bathurst winner, while swapping its four-speed Saginaw gearbox for a modern five-speed Tremec transmission for more relaxed highway driving. The big V8 now also has extractors fitted, but comes with the original exhaust manifold.

Cosmetically refurbished at the same time, the car was driven sparingly for the next eight years before the vendor made the decision to repatriate the Monaro to Australia for sale and it was shipped directly to Shannons Sydney showroom.

The repaint has held up well over the past eight years, with no cracking or stone chips visible, while the interior looks to be in very good order with no splits or damage to the seats and trim, making it an excellent example of this desirable homologation special. 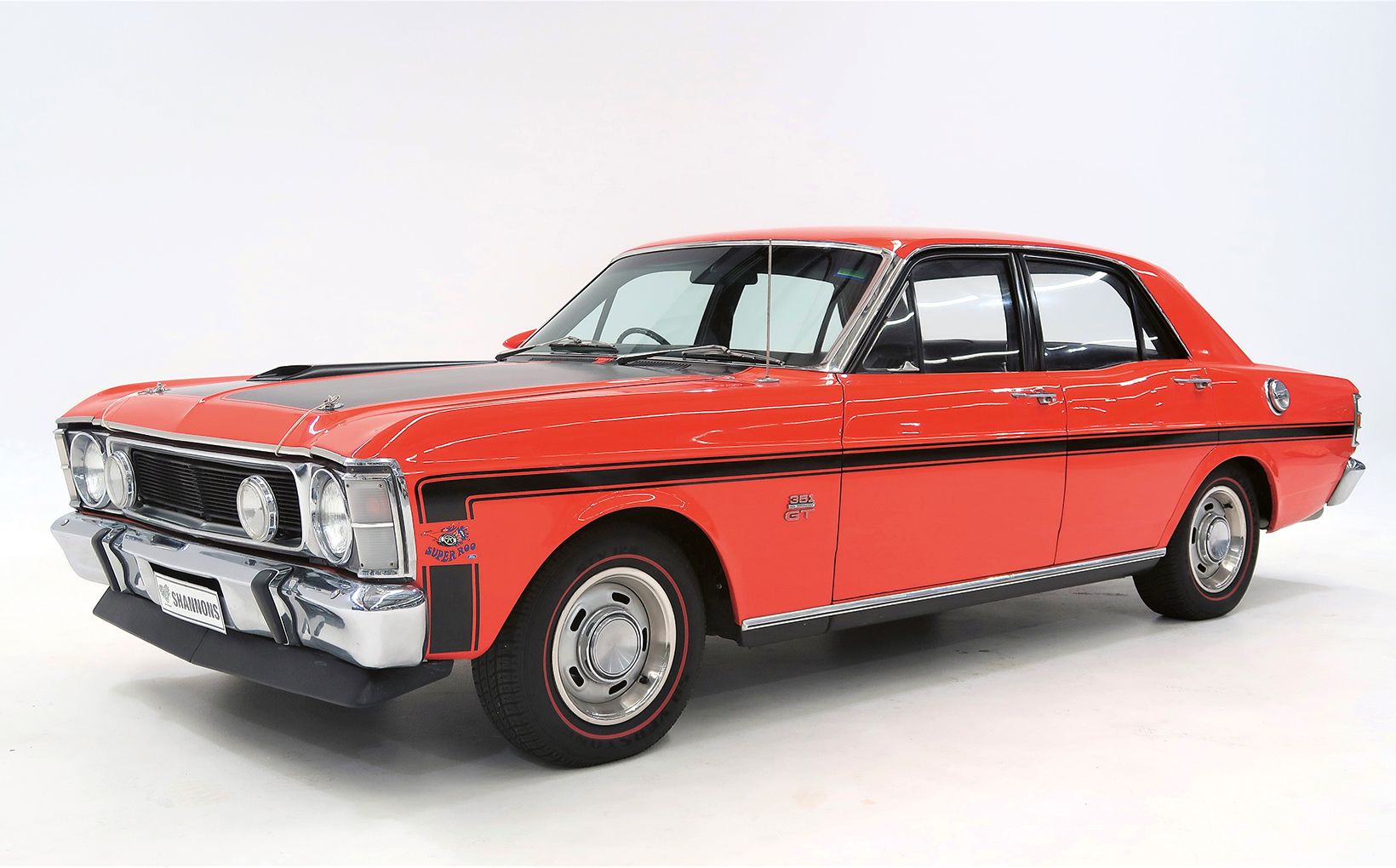 As confirmed by a letter of verification from Ford Australia and backed by the Deluxe ACCHS report supplied with the car, this XW Falcon GT-HO Phase II was one of 44 examples built in Diamond White and one of only two Phase IIs sold delivered through Byrne Ford of Chermside, QLD.

The Ford originally belonged to a roads and pavement contractor based in Brisbane, who intended to race the car but it was reportedly damaged by a mechanic and he went on to campaign a Valiant instead.

It was then sold through a car yard in Moorooka in late 1972, with the new owner having it rebuilt by Bryan Byrt Ford’s Race Division. Updated with Phase III headers, mufflers and sporting a set of 15-inch Globe alloy rims, the XW ran a 14.5 second quarter mile at the Surfers Paradise drag races, before it was ultimately sold to its current owner in 2002 with 72,000 miles on its odometer.

The GT-HO has since been cosmetically refurbished in the current owner’s hands, with fresh ‘Brambles Red’ paintwork, its upholstery redone and sporting a set of 5-slot rims with wheel trims and caps.

With genuine GT-HO Phase II models rarely available on the open market, this fabulous XW presents a wonderful opportunity for the muscle car collector or enthusiast and is a well-known car in GT circles and is expected to sell in the $350,000-$450,000 range. 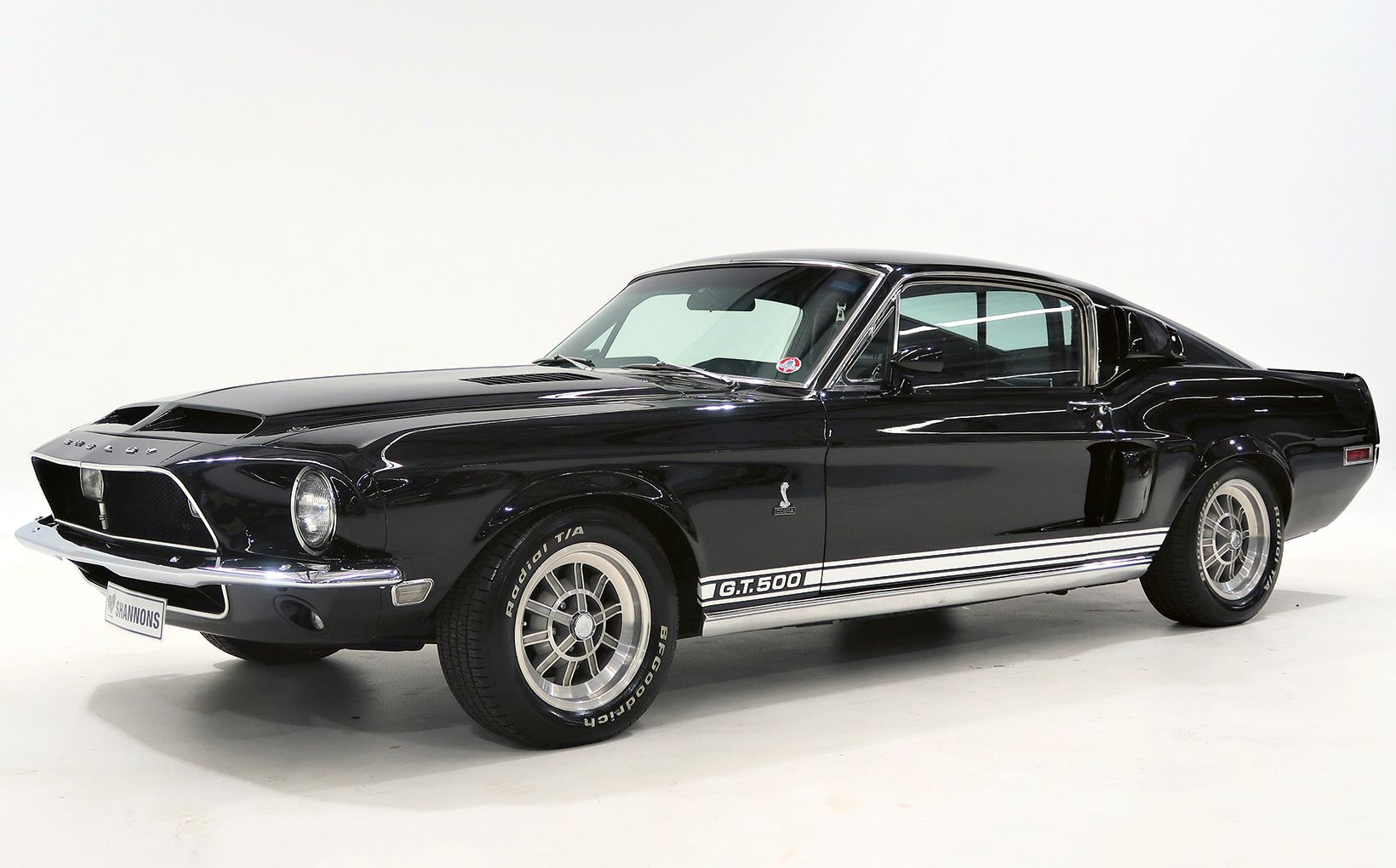 A collectible and well-muscled Ford alternative to the GT-HO is an early 1968 Shelby GT500 coupe finished in the very rare optional factory colour of Raven Black.

The car was originally delivered in New York City to an American Serviceman who was then stationed in Italy and it then must have been one of the few Shelbys in Europe.

After successive owners in the UK and USA, the Shelby was sold to an enthusiast in Sydney, where it was restored by Bosskraft over a 9-month period.

Since completion of the restoration, the Shelby has been used sparingly and carefully maintained by its fastidious current owner.

Offered with an extensive history file including the original build sheet plus and accompanied by a De Luxe Marti Report, it comes to auction very keenly-priced, with a guiding range of $150,000-$180,000. 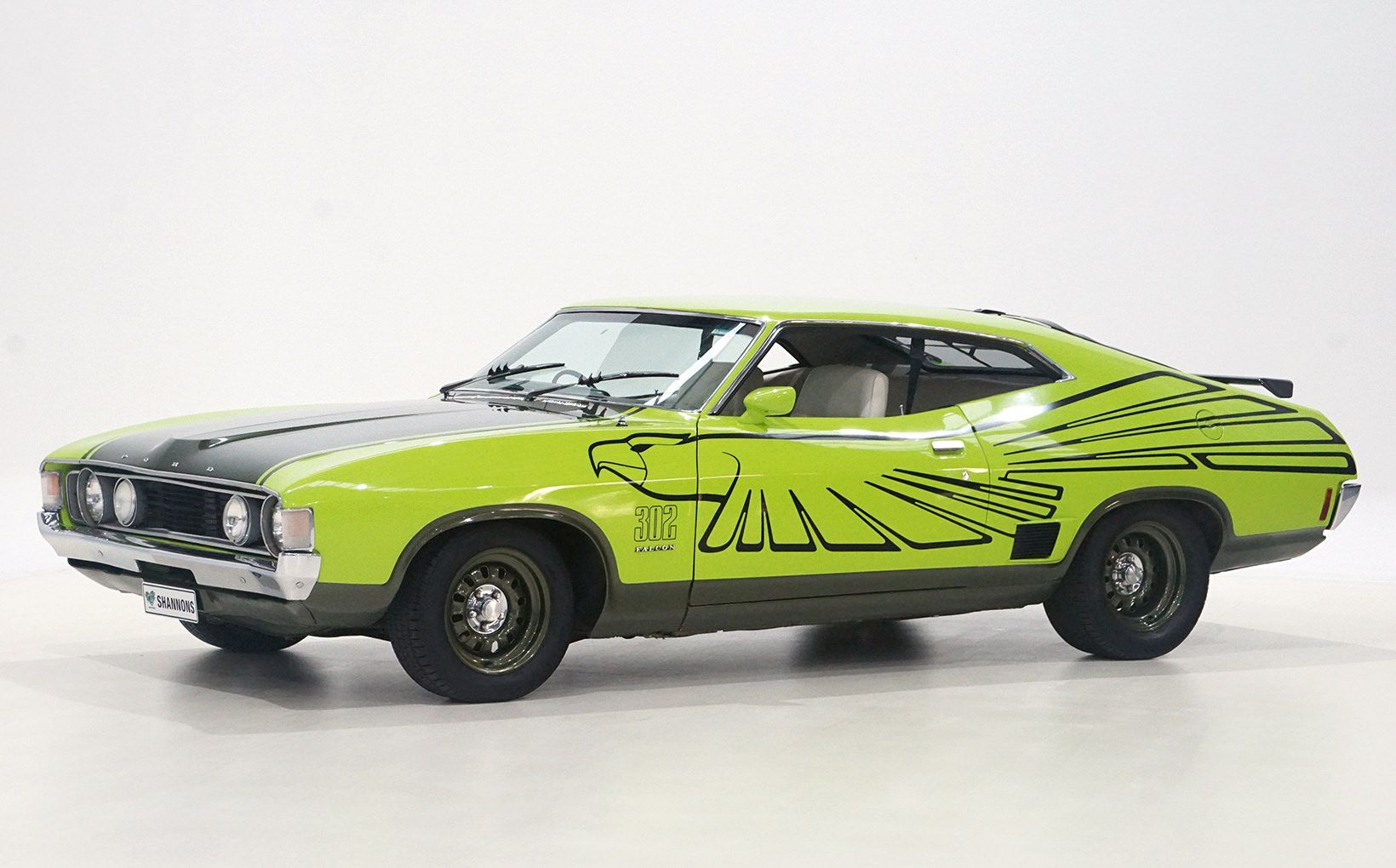 Back in the GM corner, there are some great HSV alternatives to the GTS Monaro.