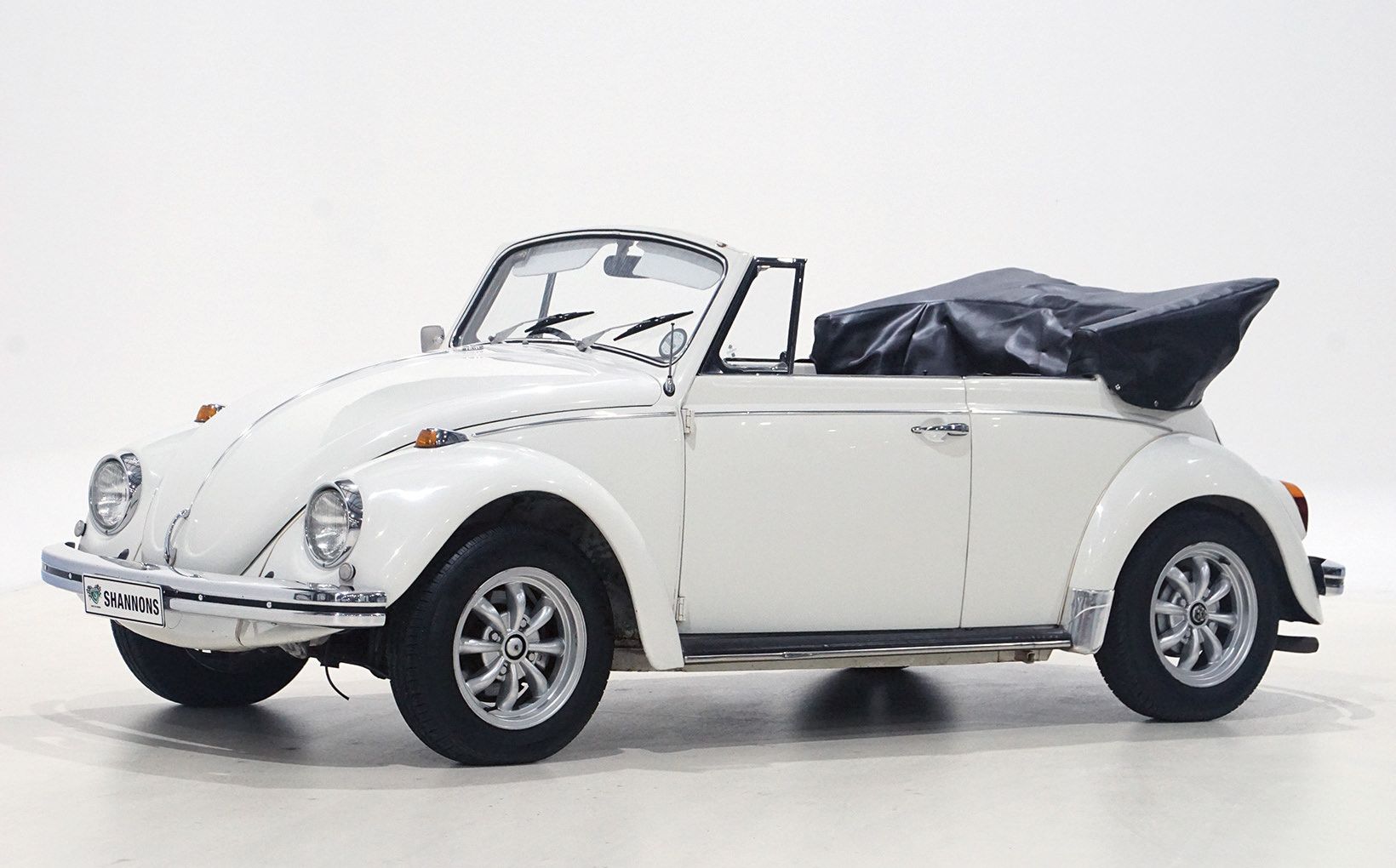 The rear-engined, air cooled Volkswagen Beetle owns a special place in history as the world’s most popular automobile, with more than 15 million built.

It was one of the world’s greatest automotive engineers, Ferdinand Porsche, who turned the concept of the ‘Peoples Car’ into a reality.

Enthusiasts of his pioneering designs can celebrate at Shannons upcoming Spring Timed Online Auction from August 31 – September 7 with a number amongst the 110 vehicles on offer. 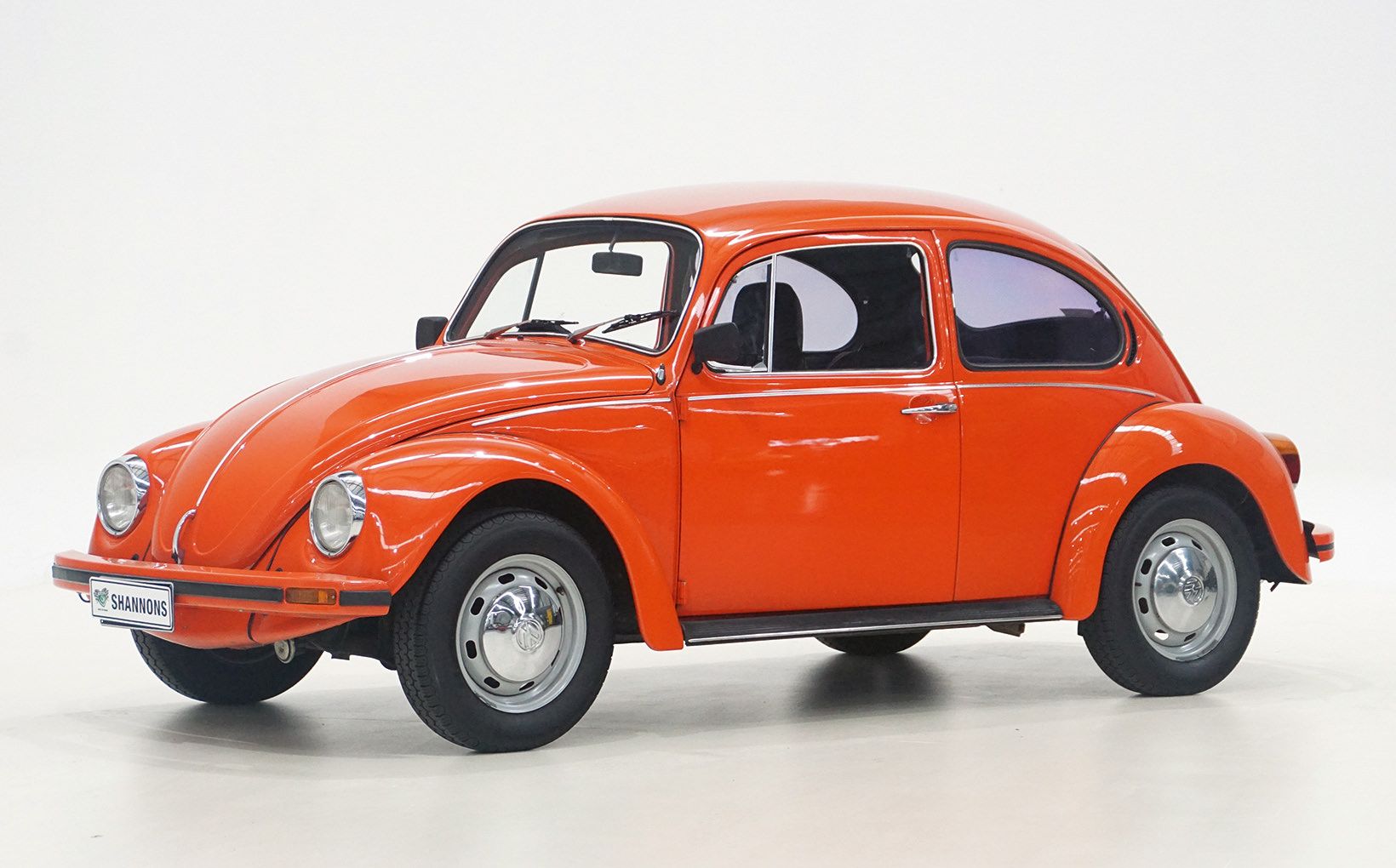 ‘Beetle’ enthusiasts can start with a two-owner 1976, 1600cc sedan finished in eye-catching factory Citrus Red that was one of the very last Australian-made VWs

Nicknamed the ‘Superbug’ in period, these last-generation Australian-assembled Beetles were a mix of the earlier 1300 body and later 1600cc twin-port engine. Tell-tale indicia of the Superbug included chunky chrome bumpers with rubber inserts, elephant’s foot taillights, large front indicators, black wiper arms and a total lack of VW logos, except on the hubcaps.

The largely original car showing an indicated 109,360km at the time of cataloguing, has enjoyed an extensive mechanical refurbishment over the past 30 months and represents good daily classic motoring at its expected ‘no reserve’ selling price of $10,000 - $12,000.

This original right-hand drive car was imported from South Africa, showing an indicated 92,270 miles at the time of cataloguing.

Built originally for the daughter of the German Ambassador to South Africa, the Karmann Cabriolet is in sound condition with a patina commensurate with its 50-year age. 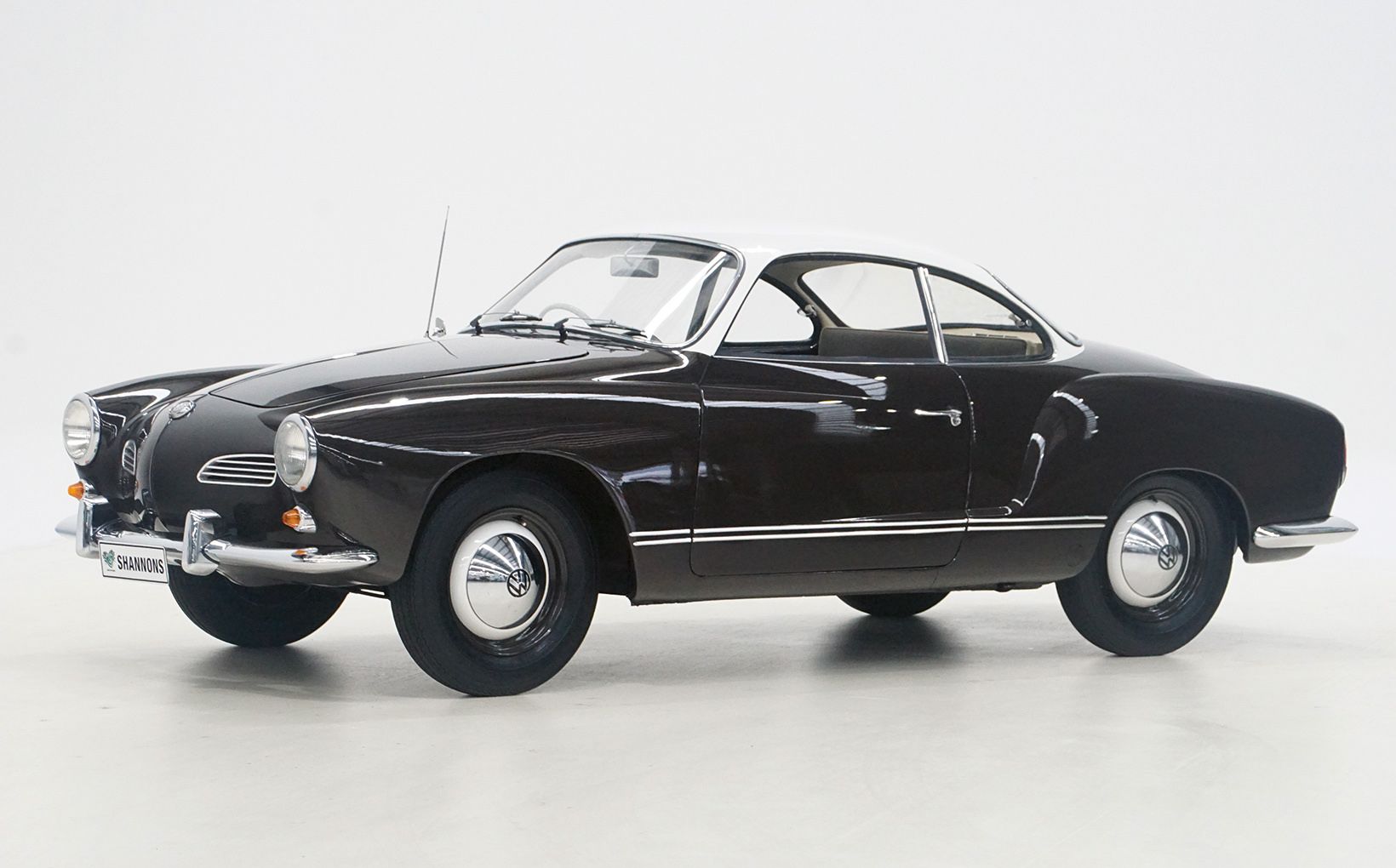 An even more stylish ‘Beetle’ variant in the auction is the 1962 Australian-delivered Type 1 Volkswagen Karmann Ghia Coupe. Coming to auction fresh from a high-quality restoration and fitted with a Mako disc brake conversion, the coupe presents superbly on a set of steel wheels with original hubcaps.

Finished in the attractive combination of Terra Brown with a Pearl White roof, it is expected to sell in the $50,000 - $60,000 range, reflecting the model’s high popularity on the world market. 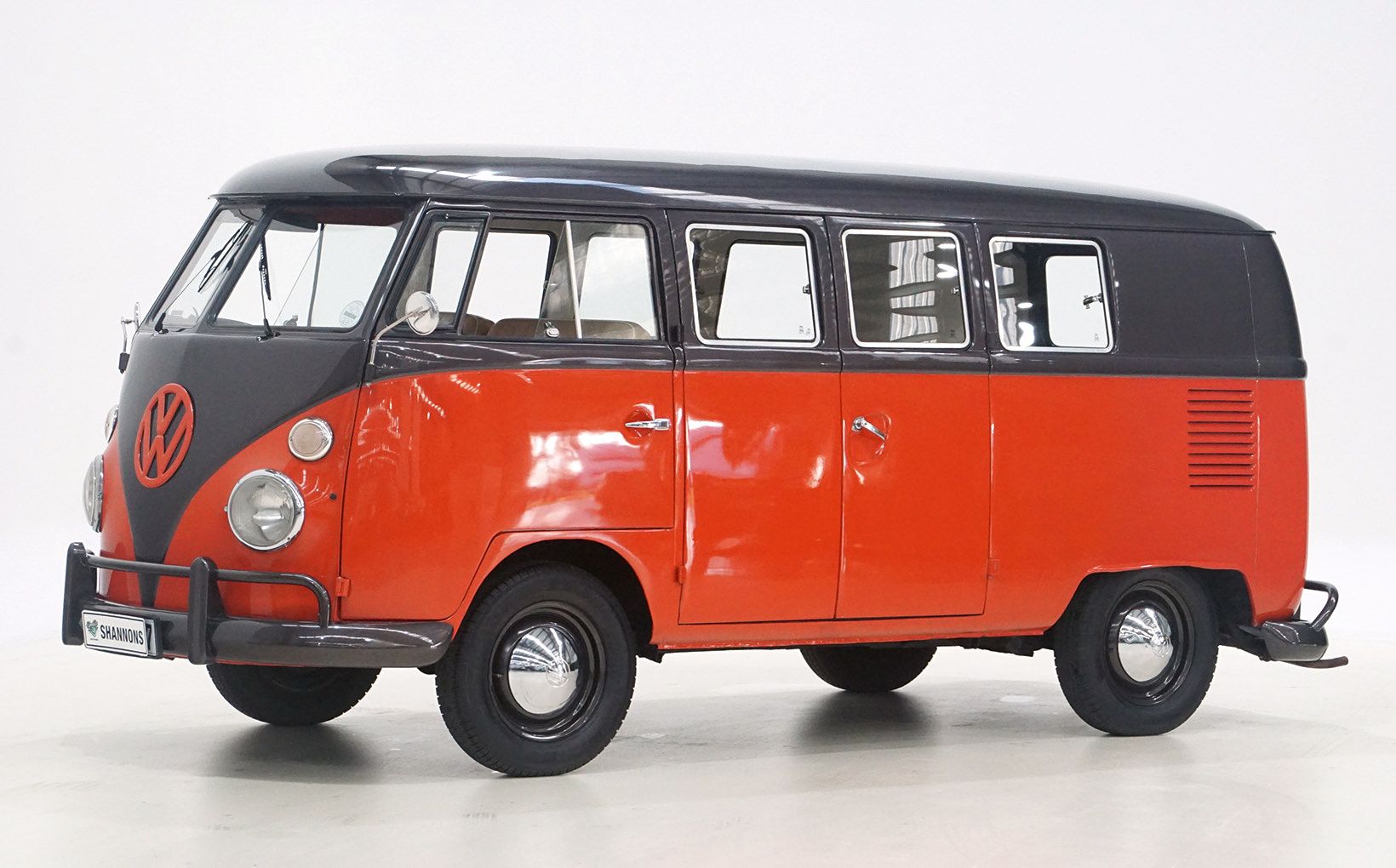 This sought-after 1963 'Split Window’  Microbus that was imported in refurbished condition from South Africa earlier this year fitted with a 1600cc engine upgrade, is expected to sell for $35,000 - $45,000.

Not a ‘Beetle’ with its functional, boxy body, but one at heart, is the VW Kombi, with two good examples in the auction – a sought-after 1963 'Split Window' Microbus and a 1976 Camper Van.

The ’63 Type 2 Microbus was imported in refurbished condition from South Africa earlier this year fitted with a 1600cc engine upgrade.

Even more desirable is the 1976 Volkswagen Kombi Camper Van that received a bare-metal restoration completed approximately five years ago by a Kombi enthusiast in Bendigo, Victoria, along, with a freshly-overhauled motor and a working pop top. 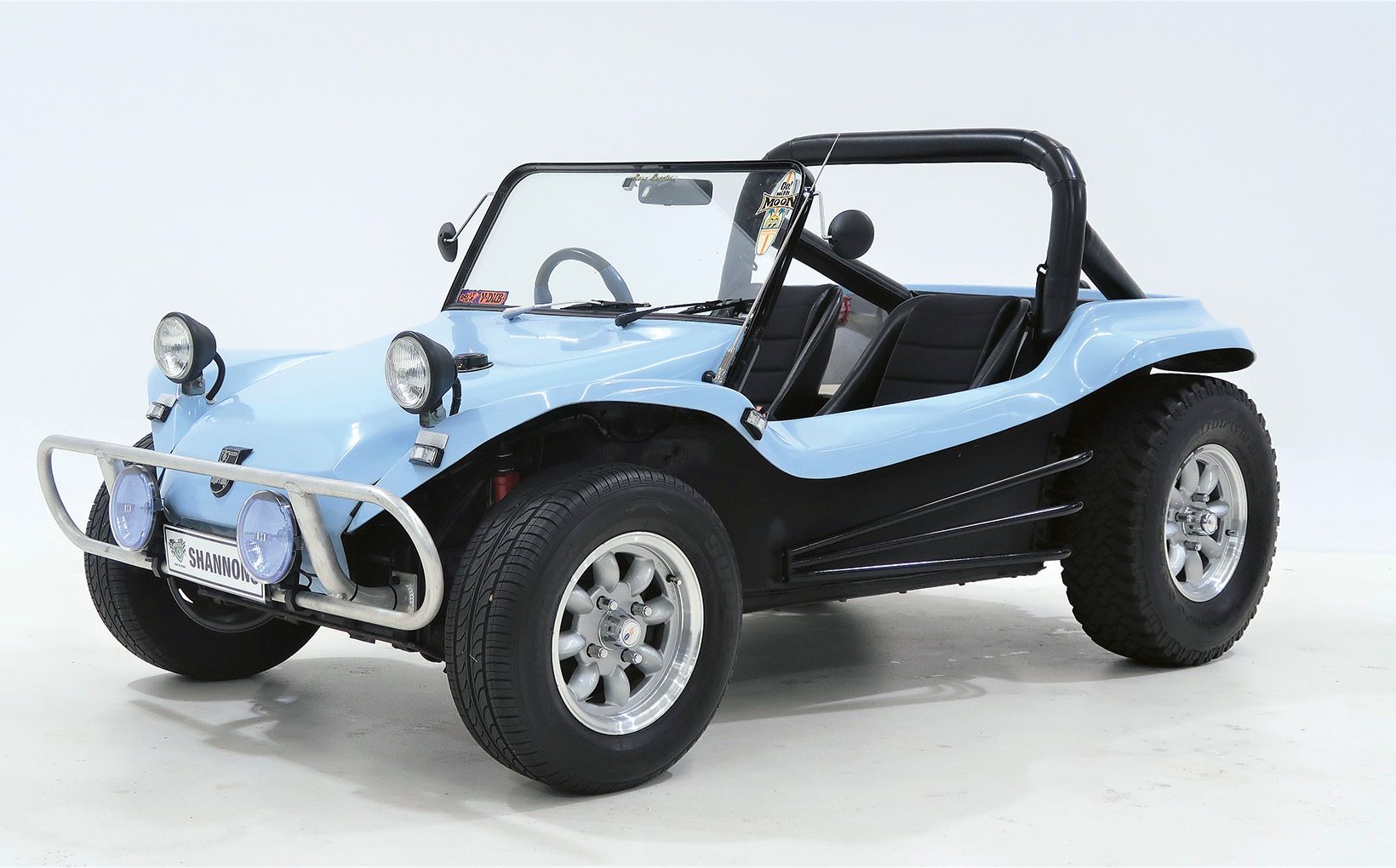 Using a VW Beetle platform and 1600cc VW mechanicals is a fabulous Queensland-built 1969 Volkswagen/Meyers Manx Beach Buggy that is expected to sell in the $28,000 - $32,000 range.

Rarely does a good Beach Buggy come to market in this condition and with summer coming up, it would be ideal for exploring those unsealed beach tracks with its off-road style tyres and a surfboard on its roll bar.