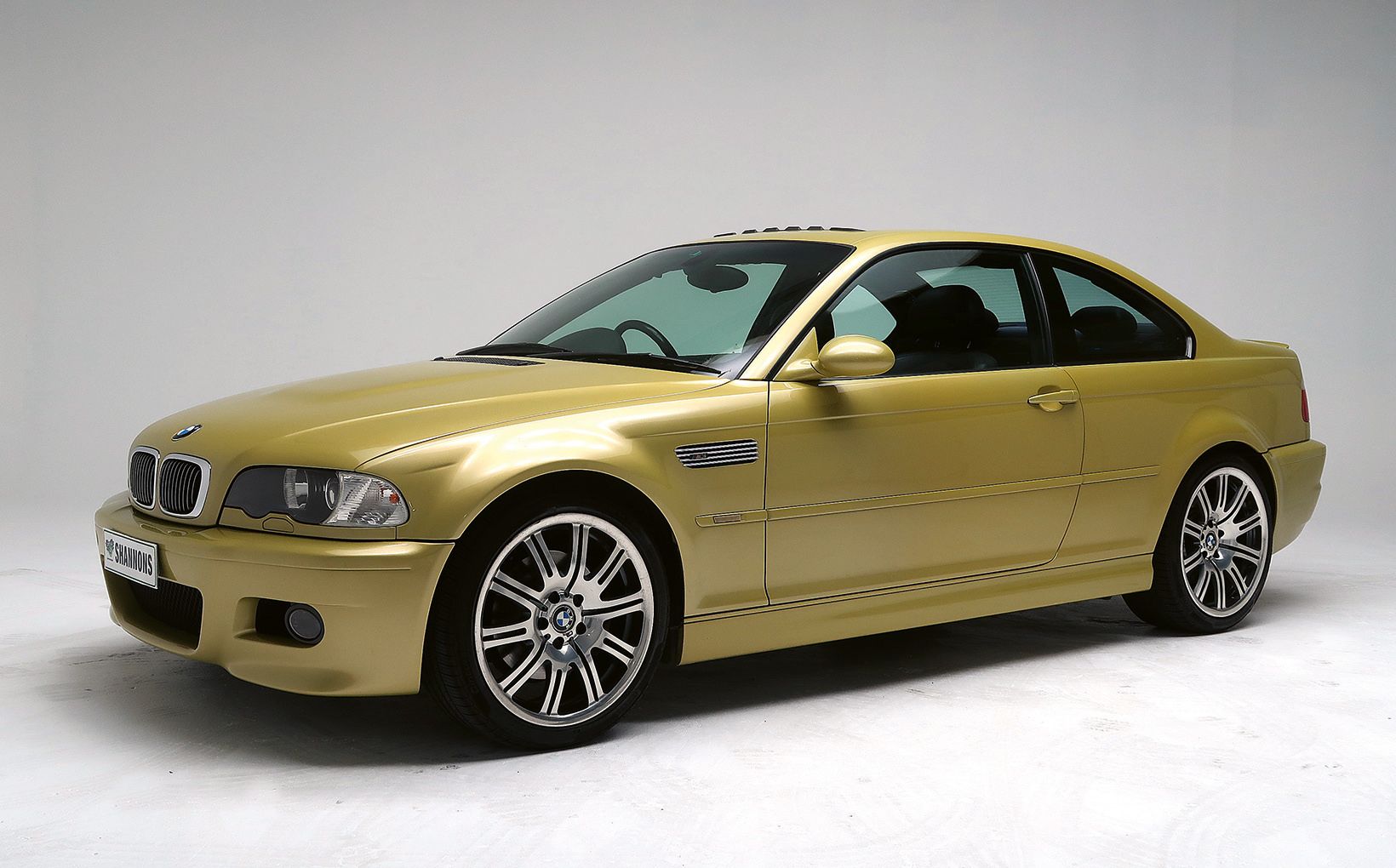 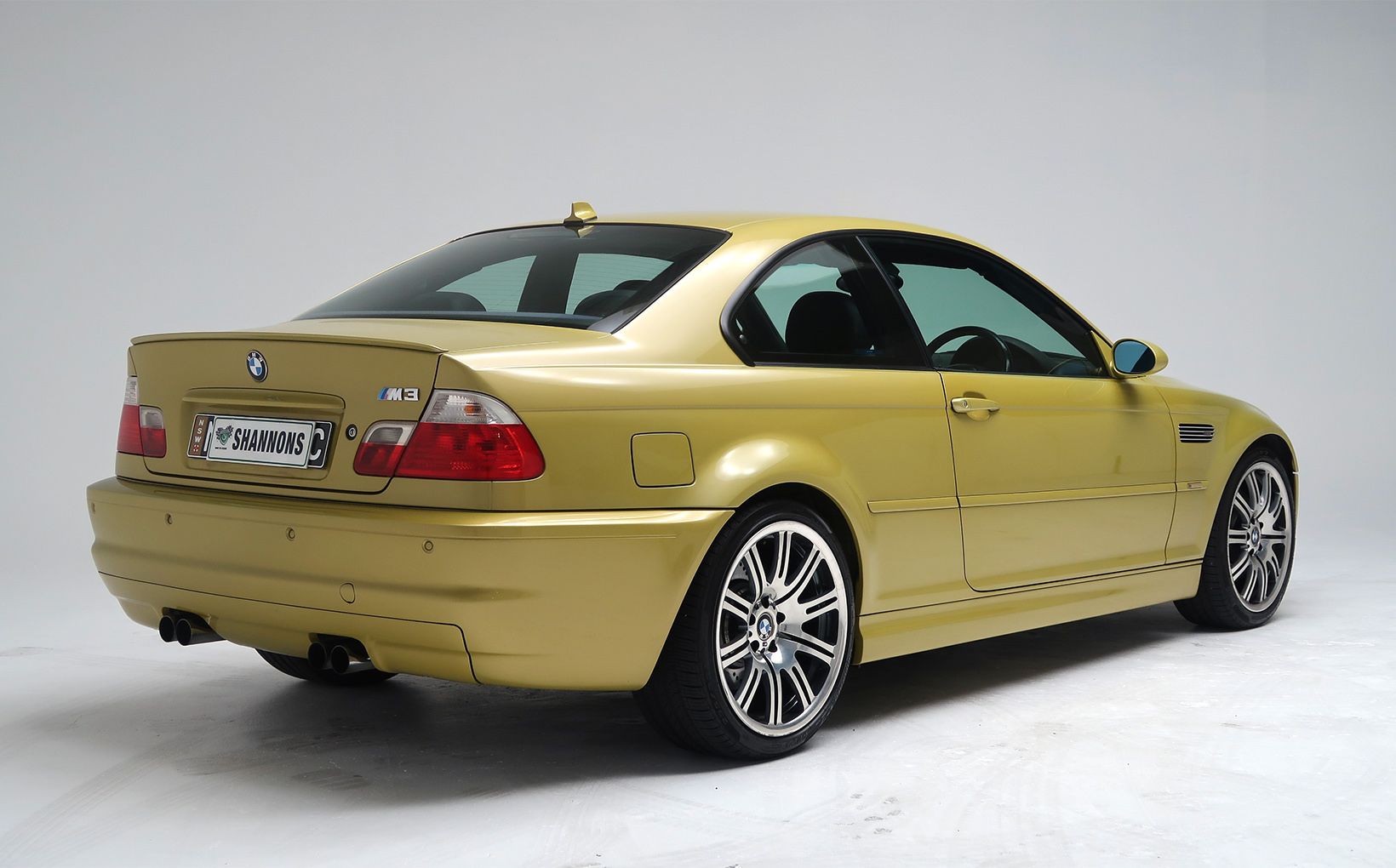 This manual gearbox 2002 BMW E46 M3 Coupe, now very desirable as the last of the classic in-line six M3s, is expected to be very appealing to bidders at Shannons Spring Timed Online Auction on November 11-18, where it expected to sell for $35,000-$40,000.

The most potent of these is a very desirable manual gearbox 2002 BMW E46 M3 Coupe – collectible as the last of the classic in-line six M3s.

Finished in the unusual factory shade of Phoenix Gold with contrasting black Alcantara and cloth trim, the M3 has the preferred six-speed manual gearbox, with its options including a factory-fitted sunroof, electric memory seats and Fuchs 19-inch rims.

Originally delivered by BMW Australia Ltd in Victoria, the M3 relocated to Queensland early on and has since lived in Sydney with a mature enthusiast owner for the last few years.

Serviced by BMW specialists, recent work has seen the front lower control arms and bushes replaced, along with new engine mounts and a host of minor issues sorted, plus a new factory correct battery. 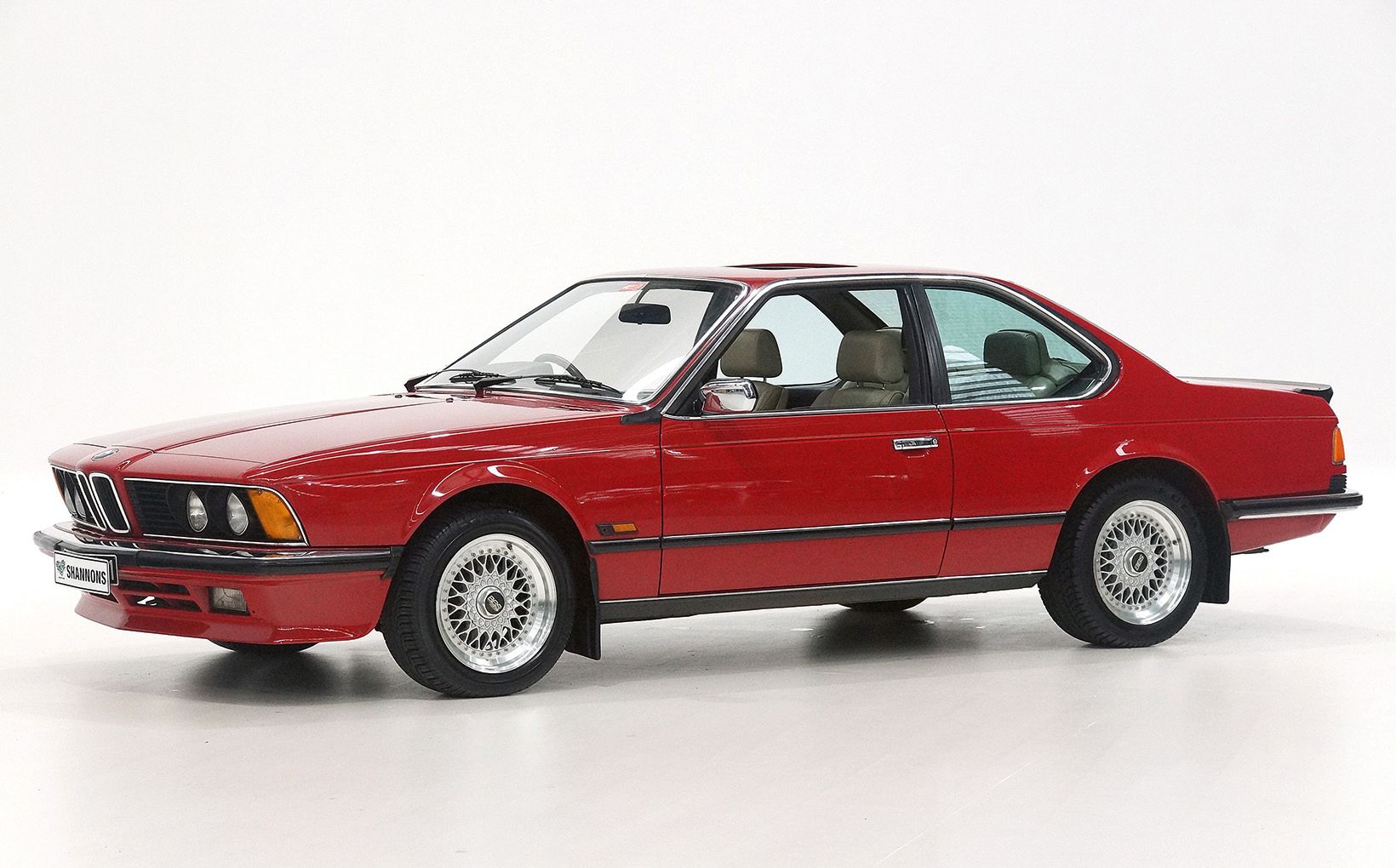 For classic BMW enthusiasts, the pick is a one-owner 1987 635CSi E24 Coupe with a full BMW Melbourne service history. Sold new in November 1987, the 635Si has remained in the original owner’s hands ever since and has now covered 206,000km.

Finished in bright Zinnoberrot red paintwork with beige leather interior and sitting on a set of silver BBS alloys, the car presents well and comes with a full set of books and service history, plus a car cover. 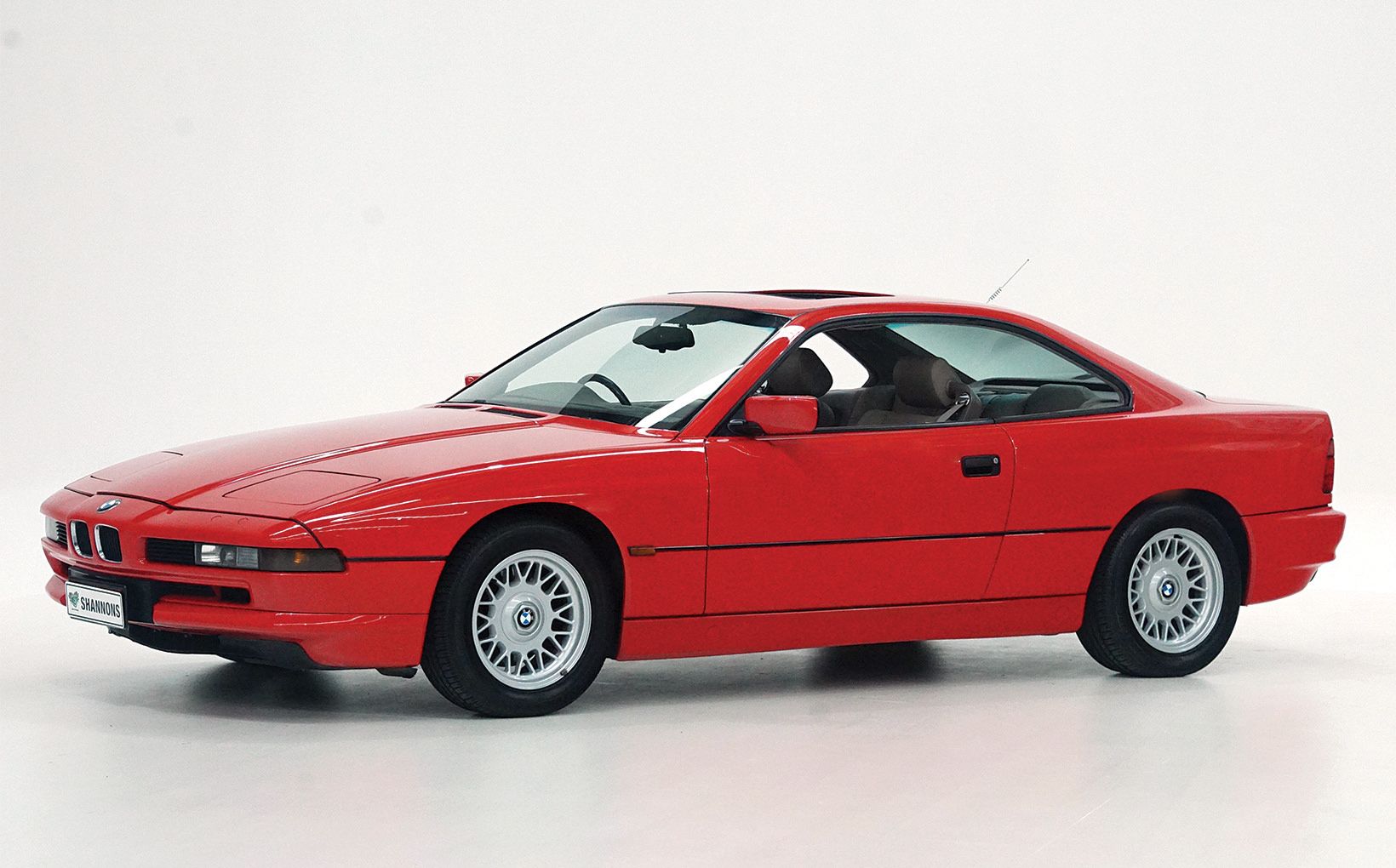 This superb Australian-delivered, three-owner BMW flagship model, which Shannons rate as one of the nicer example they have seen, is presented in excellent condition throughout, having covered just 81,878km (at the time of cataloguing, believed genuine), but looks even newer than that.

With these ultimate first-generation 8-series coupes now becoming even more collectible following the launch of the new 8-series, Shannons predict that this wonderful, low-km example offered with ‘no reserve’ will sell well below its original purchase price in the $45,000 - $55,000 range.

An alternative also offered with ‘no reserve’ is a locally-delivered 1994 BMW V8-engined 840i Coupe that has had three owners from new and has enjoyed a complete no-expenses spared BMW service history for most its life.

With a service history-supported 150,338km displayed at the time of cataloguing, the 840i still presents well, although its interior could do with some refurbishment.

This borderline classic presents a great opportunity for the BMW enthusiasts, with a sale expected in the $25,000 - $30,000 range. 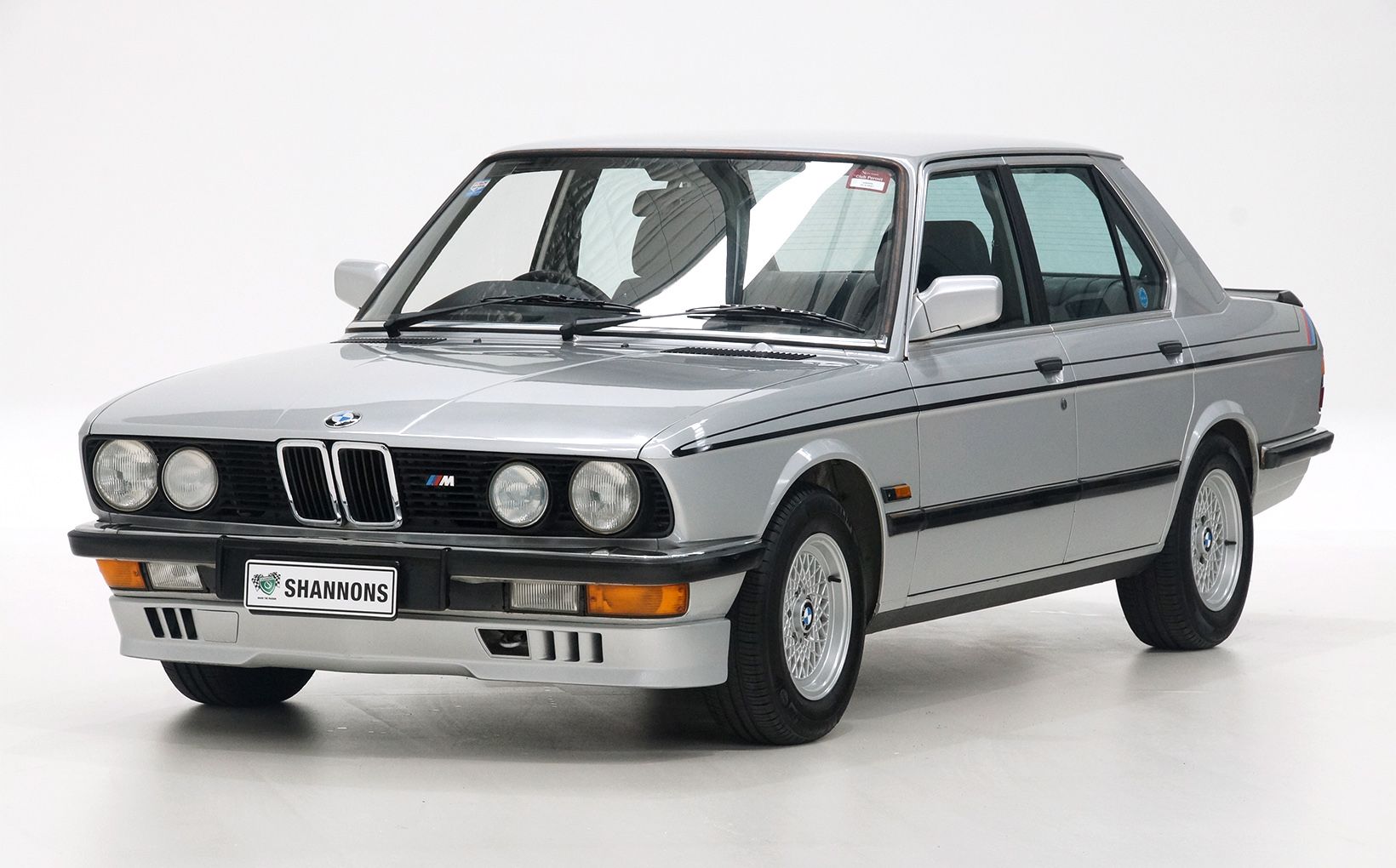 Another opportunity for enthusiasts of BMW sporting cars is a 1983 BMW 528i Motorsport Saloon, a rare Australia-only model with a dealer-fitted leather interior.

Delivered new in October 1983 by Bowe-Sheehan Motors, in Devonport, Tasmania, where four-times Australian champion John Bowe was working at the time, this tidy 528i Motorsport has been cared for and sparingly used by an enthusiast owner.

This rare car that paved the way for the better-known M535i model that ultimately followed, it is expected to sell in the $15,000 - $20,000 range – excellent value for BMW ownership. 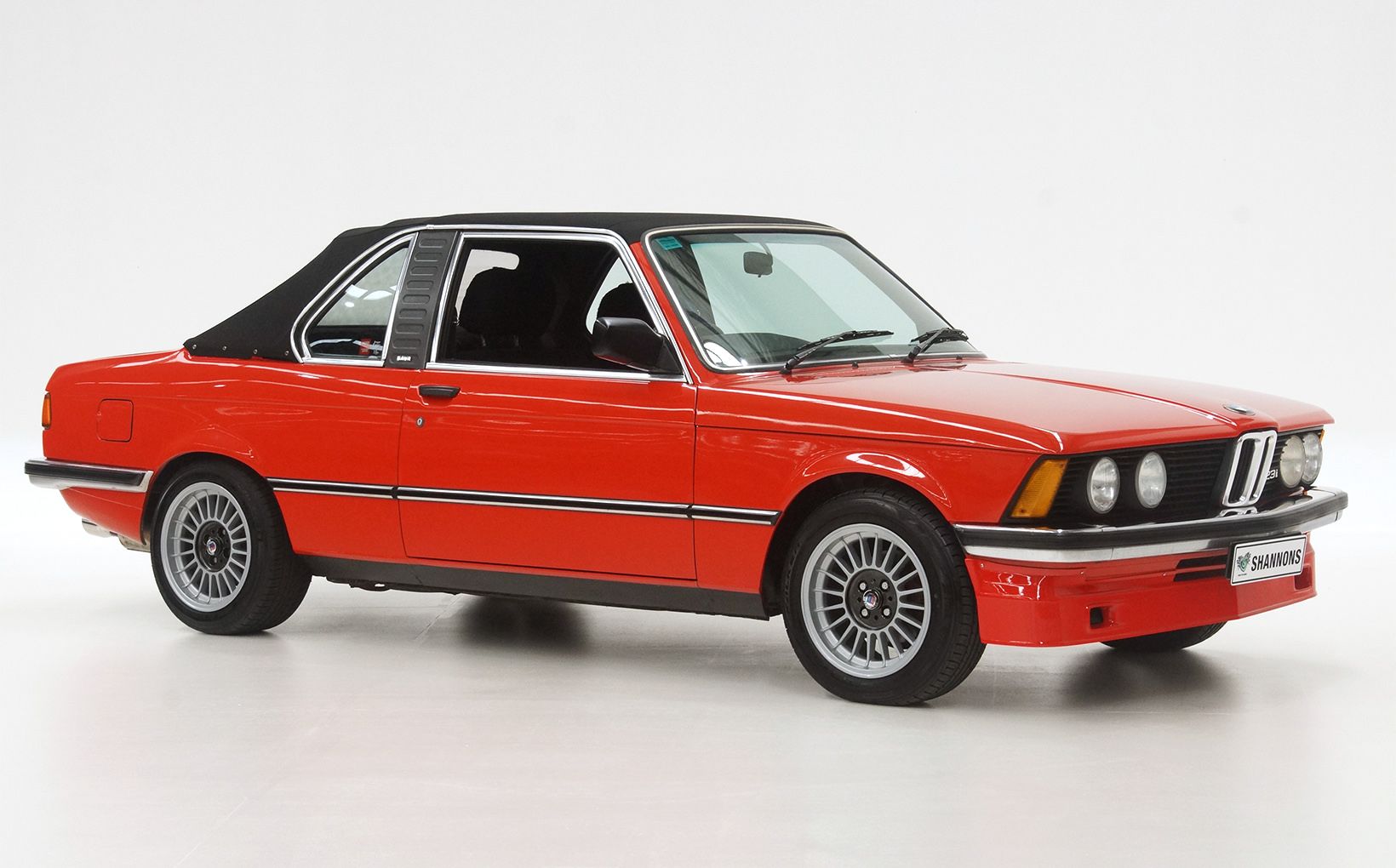 For fresh air lovers, there is a rare, Australian-delivered 1982 BMW 323i 'Baur' Convertible.
Fitted with genuine Alpina alloy wheels and to be sold with its factory books and a large history folder, Shannons expect a sale in the $15,000 - $20,000 range.

Finally, for BMW enthusiasts looking for a rewarding ‘project’, there is a 1972 BMW 3.0 CS 'Automatic' Coupe in complete condition, but in need of a total restoration.

One of 2807 3.0 CS Coupes built with an automatic transmissions and carburettor engines between September 1968 and December 1972, the car has an optional factory sunroof, the BMW spent more than 20 years laid-up in a garage, with its odometer currently showing just 59,900km.

While the 3.0 CS still has its original engine and starts and run, it can’t be driven, because its brakes need attention.

Offering great potential for the E9 BMW enthusiast , either to restore to its factory original specifications, or to build the ultimate E9 ‘dream car’, it is offered with ‘no reserve’ and is expected to sell in the $25,000 - $35,000 range.

Note: All NSW-based lots can be viewed from November 2 at the new Shannons Sydney showroom at 22 Lambs Road, Artarmon. The Melbourne Showroom has also re-opened for viewing. Both showrooms are now open from 10am-4pm, Monday-Saturday.