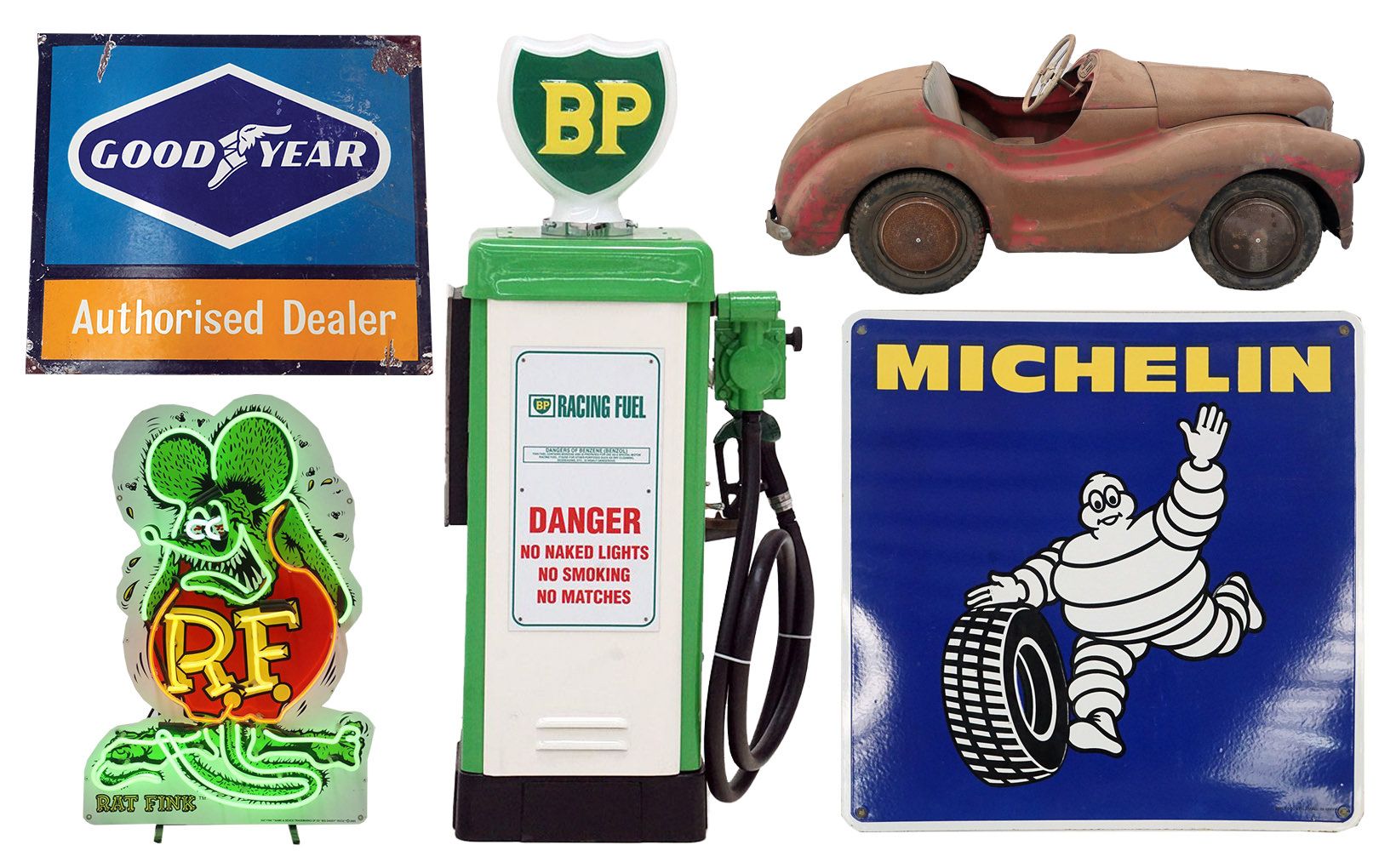 Garagenalia to fit out Australia’s growing number of ‘man caves’ has seen eager bidding from enthusiasts, topped so far by the offer of $7,500 for a Wayne Martin & Schwartz MS80 petrol pump in period Mobilgas Livery, while strong bidding is expected in the closing hours for many other bowsers in the auction.

A classic petrol pump in BP livery has so far attracted $1,750; a pump in Ampol Boron Super livery has drawn $1,650 and another in Atlantic livery sits at $1,450 with more than a day of bidding to go.

Interest in the emotive Bathurst ‘Supercar’ days of the early 1970s is particularly strong, with $7,000 already bid for the limited edition book on Ford’s famed Falcon XY GT-HO Phase III, charting the history of each of the 300 ‘Bathurst specials’ built in 1971.

The book, No 1 of the 300 published, with a foreword by four-times Bathurst winner and Ford legend Allan Moffat, is eventually expected to sell for up to $10,000, with proceeds going to Dementia Australia.

In the same early 1970’s vein, a collection workshop manuals for XY GT-HO Phase I, Phase II and Phase III models, has attracted a top bid so far of $600.

Michelin memorabilia, as expected, is popular with collectors, of small ’Bibendum’; desk items attracting interest at $1,100 –against it pre-auction range estimate of $600-$800 – while a 45cm tall Michelin Man Lamp and Michelin thermometer have each attracted bids of $1,100.

Amongst other notable bids to date, a circa-1950sc Austin J40 pedal car in need of full restoration has seen a top bid so far of $900, with a lot more expected, while a complete Jaguar MkII in-wheel tool kit is in demand at $800.

Perhaps the most unusual bid that underlines the popularity of 1970s memorabilia is a collection of 12 Coca-Cola and Pepsi-branded YoYos which has already attracted nine bids, topped by $750.