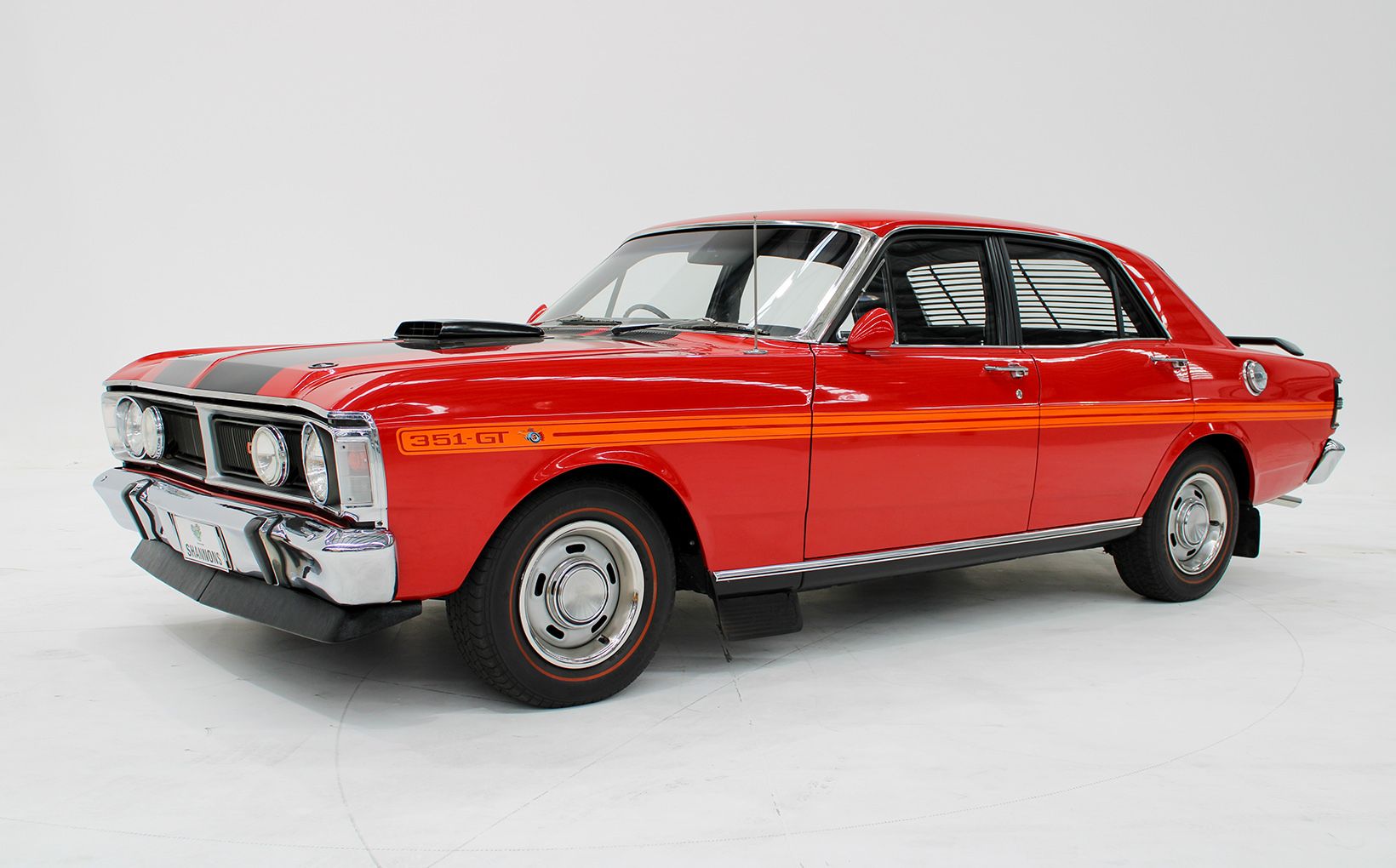 Heading the list is a fabulous and storied 1971 Ford Falcon GT-HO Phase III – once the world’s fastest four-door production car – whose custodians have included Ford Australia’s Competition Manager, the late Al Turner and four-times Bathurst 1000 winner Allan Moffat, that is currently in Shannons new Brisbane showroom and is expected to sell for close to $1 million.

The Track Red 1971 GT-HO Phase III JG33LL80782K SIDO 056999 originally registered KXB-788 is the unquestioned jewel of the auction and is even more valuable now following the recent death earlier this month of Al Turner, who led development of the model, helped launch the career of Allan Moffat, and established the Ford Special Vehicles Operation at ‘Lot 6’ Mahoney’s Road in Thomastown.

Turner, who died at home in the USA on November 3, aged 89, landed in Australia in 1968 with a charter to establish a new muscle car following similar to the impact the Mustang had in America.

He was given just one year by local Ford boss, Bill Bourke, to develop a car to dominate on race tracks and inject more excitement into Blue Oval showrooms.

The GT-HO being auctioned was Turner’s personal company car. One of just 300 of the ‘Handling Option’ models made, it was delivered to the Ford Competition boss on 17 June, 1971 with Delete Stripes, an Eight-Track stereo/Radio and with its interior featuring Cloth Inserts. Its then-market value was just $5,200.

Sadly, the car was stolen from outside Turner’s home with his expensive golf clubs in the boot, and was recovered with a lot of the interior and the clubs missing.

Turner never drove the car again, but the GT-HO (in its state of disrepair) was given to Allan Moffat to use as spare parts for his then-current Falcon GT-HO race car, 65E. But when the race car suffered heavy frontal damage in a crash at Adelaide Raceway, the ex-Turner car was used as a parts bin to repair it in time for the following Oran Park round.

After this, Moffat’s trusted panel and paint man Peter Thorn acquired the remains of the Turner GT-HO in 1973, complete with a brand-new engine built by Mick Webb for the car and it was on the road in May, 1978 registered ‘IYO-001’.

Now back on the market several owners later, the GT-HO is presented in beautiful condition and with its fabled ownership and presentation it is expected to sell for $900,000-$1,100,000 in Shannons 40th Anniversary Auction. 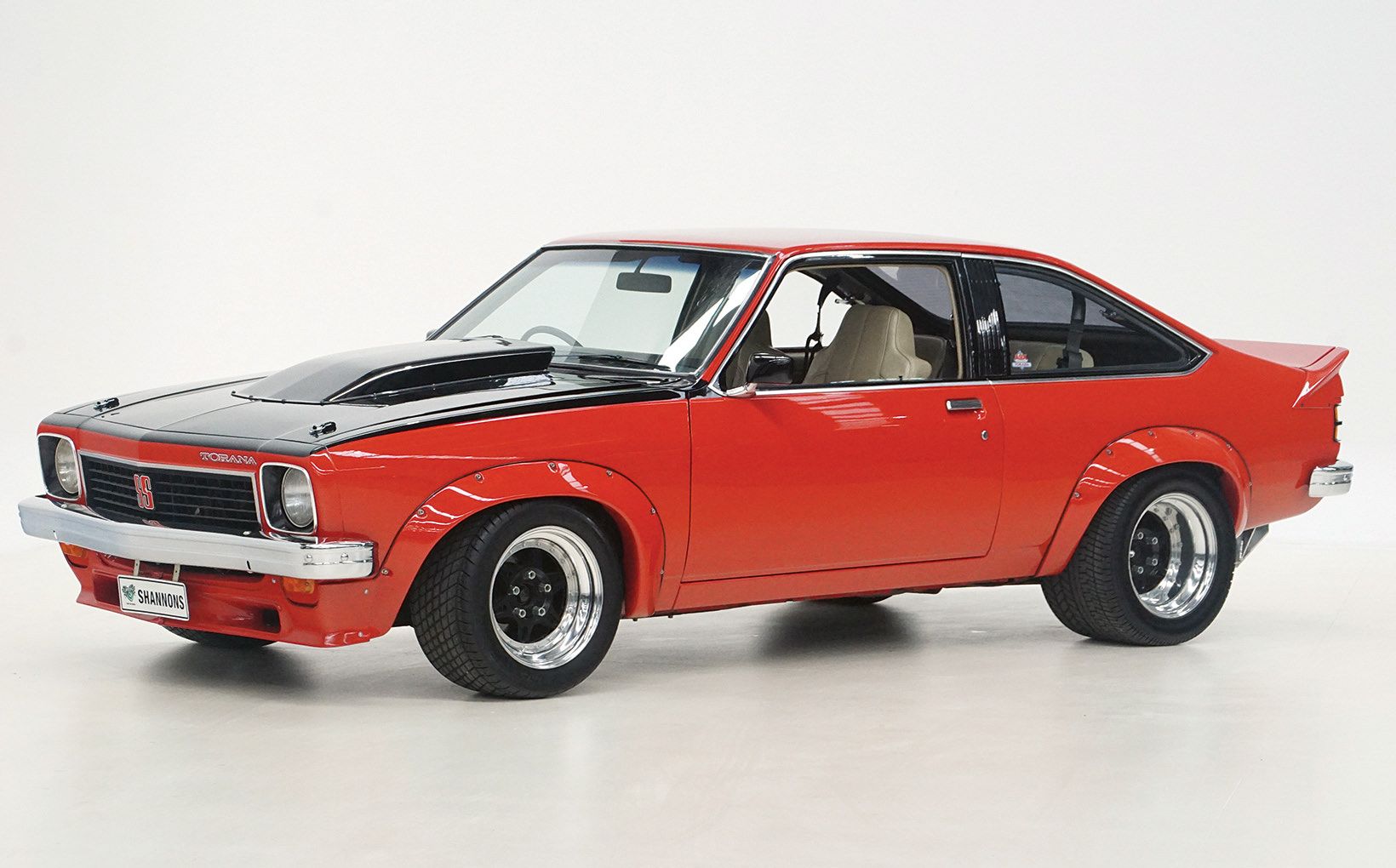 Not quite in the same league, but exceptionally desirable to Muscle Car enthusiasts, is the auction’s preceding lot – a 1977 Holden LX Torana SS 9X Hatchback.

One of two A9X Toranas in the auction from 1977, the first a Flamenco Red coupe – one of just 100 two-door models made with the model’s unique floor pan– is a fine example of what is arguably the most iconic of all Holden’s touring car racers.

From the outset, Holden fans knew the A9X was something special and it has long been sought after by collectors as one of the most iconic of all Aussie muscle cars.

Designed to win Bathurst, the A9X had a unique floor pan to accommodate its Salisbury rear axle and rear discs, steering gear that was bolted directly to the platform and a 3.08 diff.

Under the bonnet Holden employed the L31 5-litre V8 with an electric cooling fan, mated to the usual M21 four-speed gearbox, although Borg-Warner’s T10 box was optional. In keeping with the A9X’s competition-oriented nature, the interior was stripped of sound deadening, the seats were mounted differently and not even a radio was fitted.

Bolted-on flares and a rear spoiler, brake cooling ducts in the front spoiler and a functional reverse air scoop on the blacked-out bonnet clearly identified the model.

Purchased from its original owner in the late ‘80s, the nicely-presented A9X passed through a number of hands – including the son of HDT head mechanic Ian Tate – the Torana has been thoughtfully modified to enhance its performance.

It now sits on a set of wide multi-piece custom made Aussie Jongbloods wheels, while other mods include a 120 litre Brown Davis drop tank under the boot like those used by the race cars in period, wider Hornet 140mm rear flares and extra Smiths gauges. The cars original centre console has also been removed, to accommodate its current Super T10 gearbox, but the car’s original components are being supplied on sale.

This well-known A9X Coupe has never been driven in the rain or washed (it’s always been detailed) and is a great example of a highly collectible Aussie classic that is sure to generate fierce bidding in the $390,000-$420,000 range.

Almost as desirable is a 1977 Torana A9X sedan, one of 305 made, finished in the rare colour of Opaline Blue and coming to auction with a well-known history, still fitted with its original driveline and in highly desirable unmodified condition.

Just as the pristine exterior paint really ‘pops’, so too the original Slate Grey interior trim is in outstanding condition and like the rest of the car, has been maintained to a high mechanical and cosmetic standard.

Never driven in the rain or washed (just detailed) it’s a gem and understandably is going to be hotly contested by Holden enthusiasts at its estimated selling price of $290,000-$320,000. 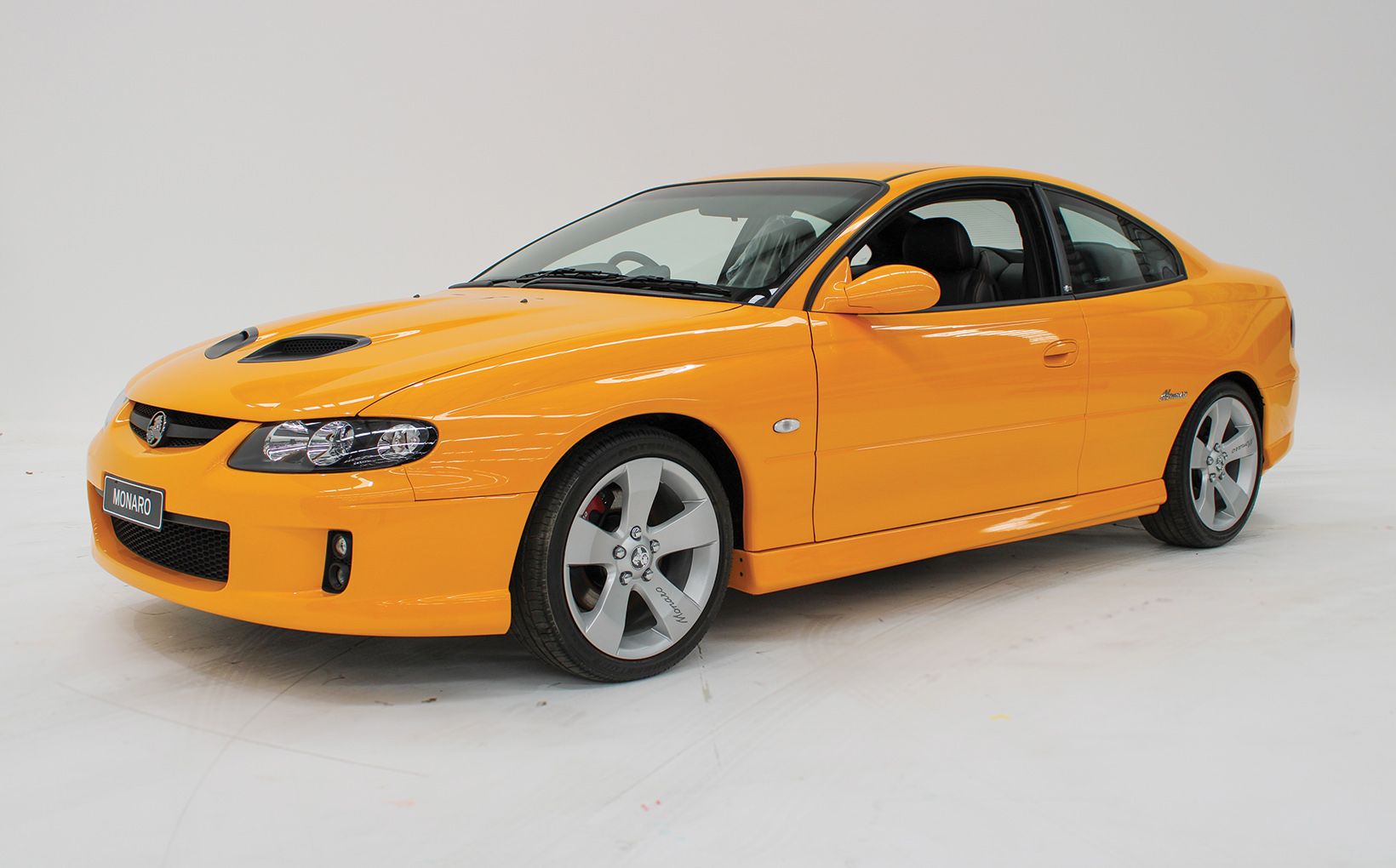 The other Holden gem in the auction is a 2005 Holden Monaro CV8-Z Coupe that has the unique distinction of being the final Monaro built by Holden on 13 December, 2005.

With its unique VIN ending in in ‘999999’, so it is not sequential to the other CV8/CV8-Z Monaros, the car was given to the Leukaemia Foundation which sold it in March 2006 on eBay Australia.

Showing just 19km on its odometer and finished in the unique colour of ‘Torque’ created by Holden Design for this vehicle, the interior is black leather with 'Torque' stitching, while the signature of Monaro designer Michael Simcoe is engraved into a plaque on the dashboard.

Also certain to be in high demand is the first Gen 3 Holden Monaro CV8 built – a 2001 6-speed manual coupe finished in Devil Yellow with black leather trim, showing just 90km on its odometer.

Originally built for departing Holden managing director Peter Hanenberger before being traded to the owner of Biante Model Cars, Trevor Young, to serve as a template for the first model car of the modern Monaro, it was never driver or registered and still has its original floor mats still in plastic, while its books include things like the number plate screws that came through to pre-delivery.

Previously ‘lost’ until it was listed for sale in Shannons 40th Anniversary auction, it is expected to be pursued by Golden enthusiasts at its expected $120,000-$140,000 selling range. 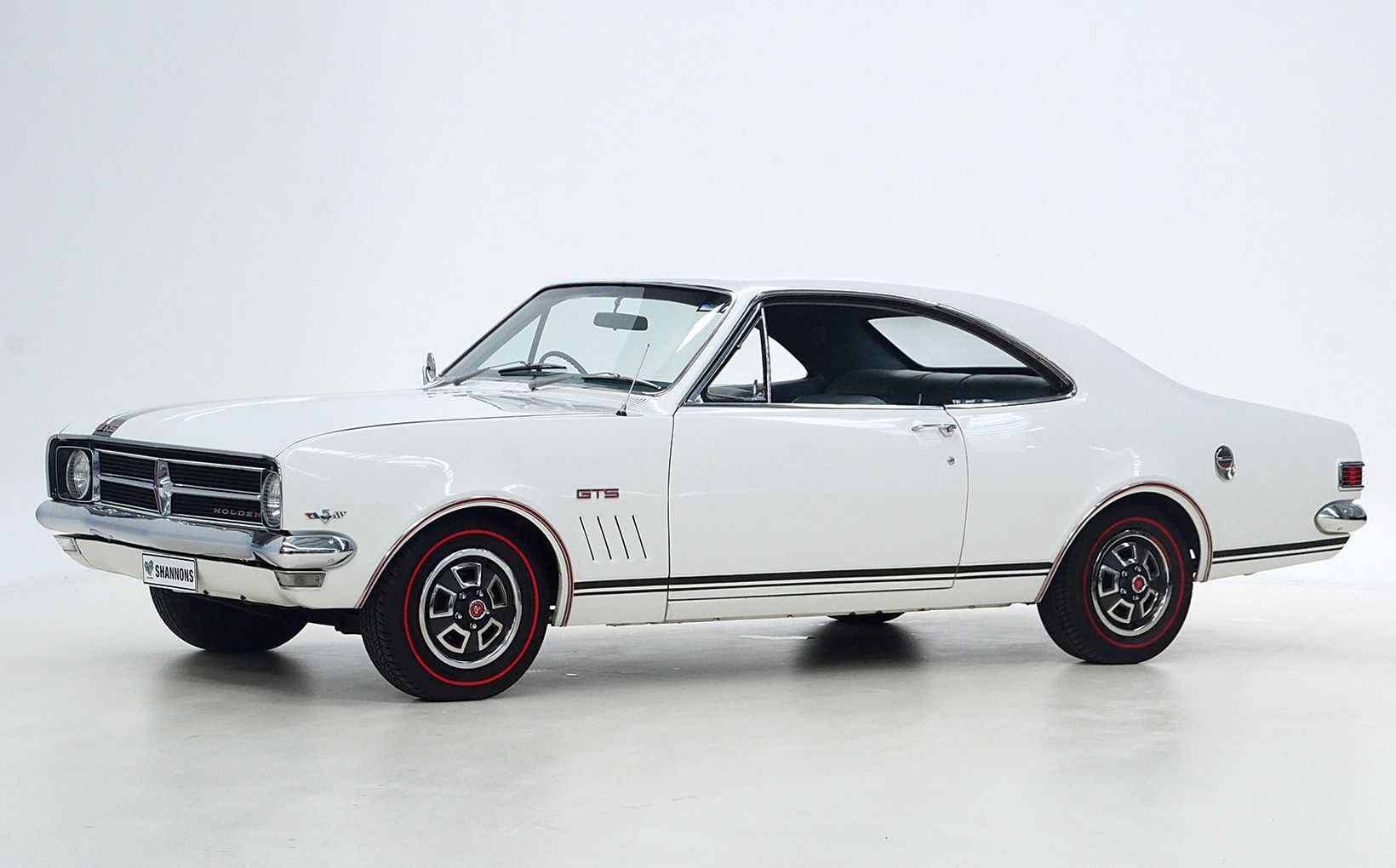 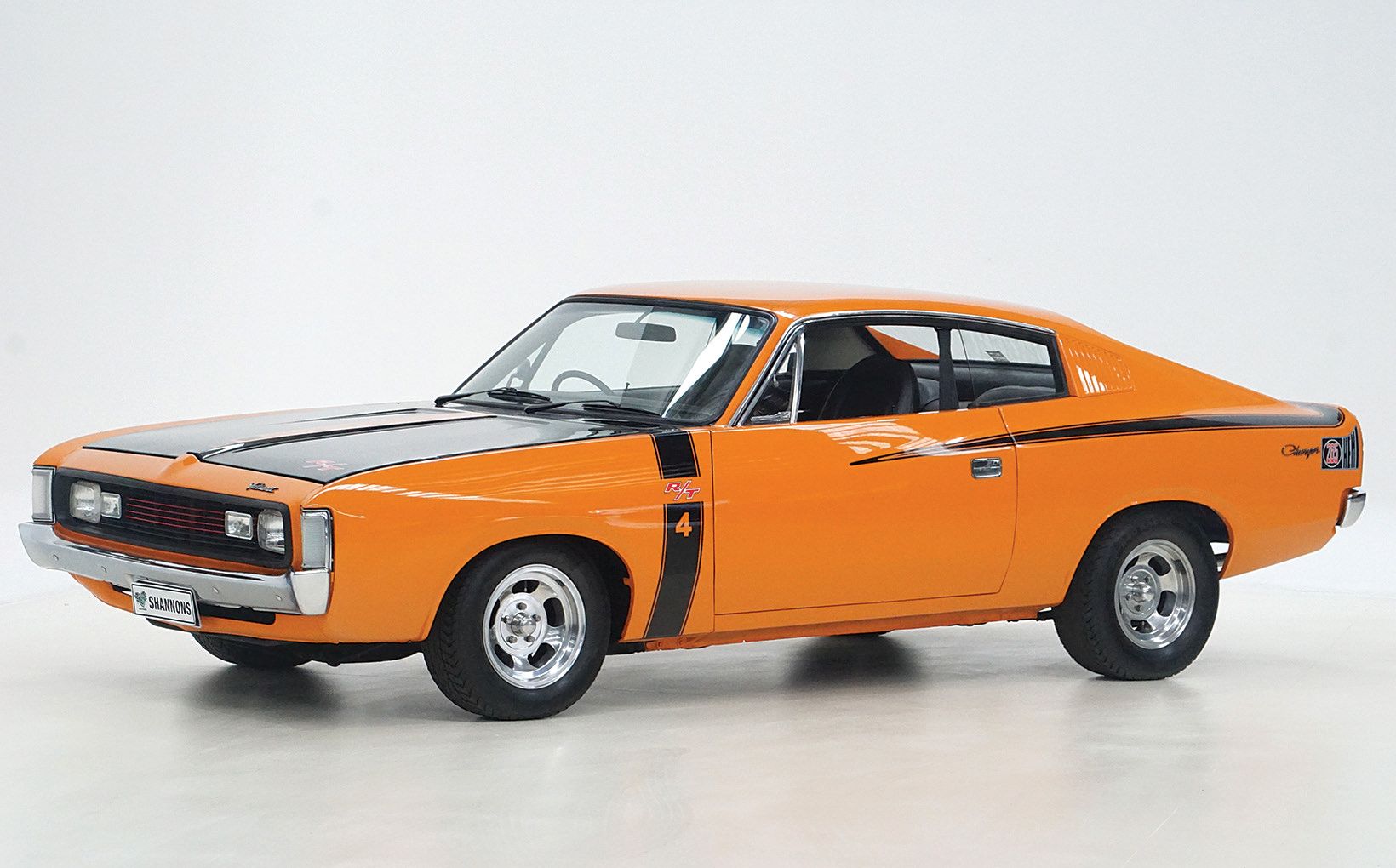 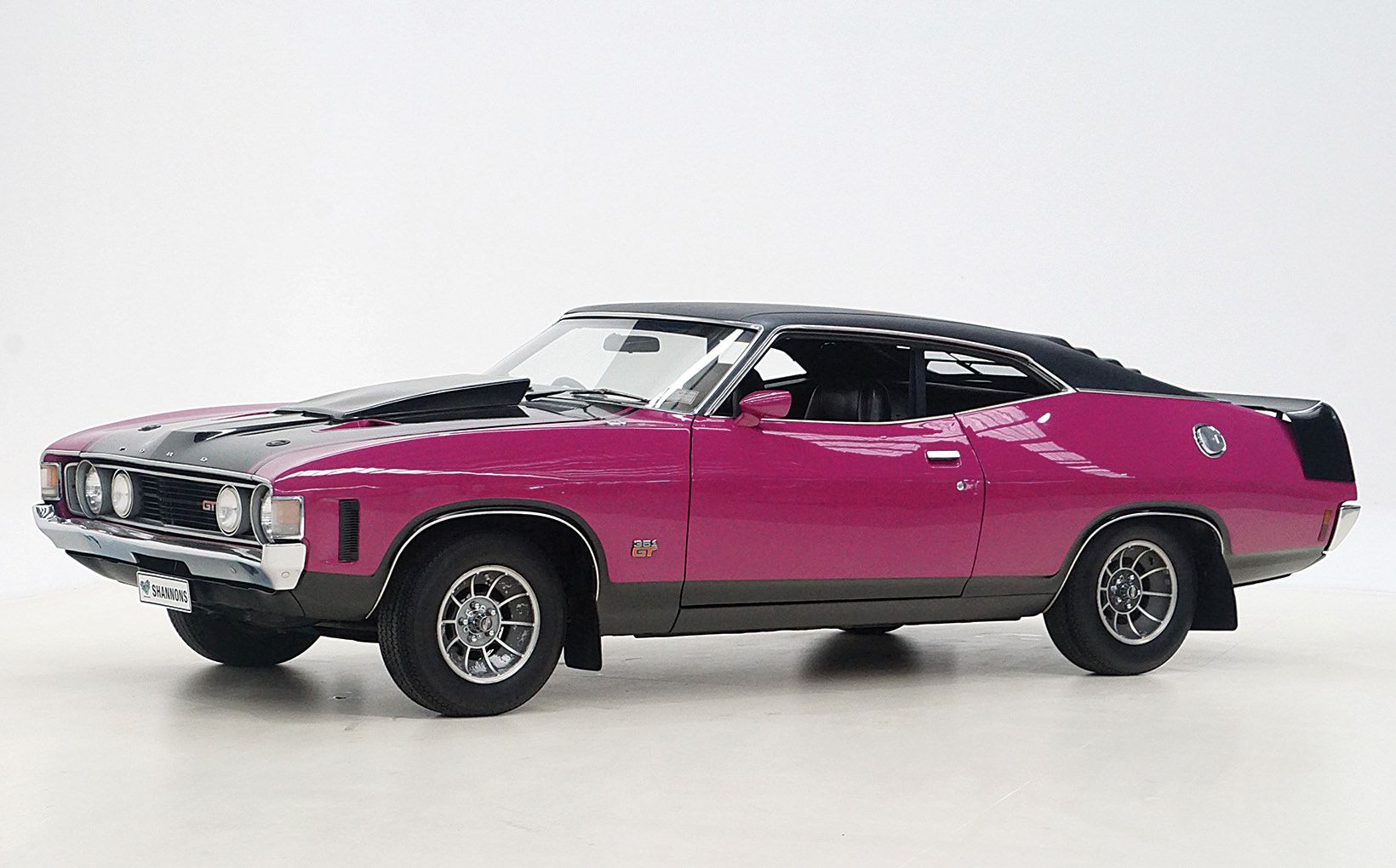