MORE and more, car-makers are choosing to drop the humble manual gearbox in favour of quicker shifting and often more efficient automatic transmissions.

Look over at the likes of Ferrari, Lamborghini, McLaren and even Mercedes-Benz and you won’t see a single three-pedal option on the car lot.

Aston Martin, however, seems keen to keep the old-fashioned do-it-your-self shifter alive with its new Vantage AMR in a bid to literally stick it to the Porsche 911. 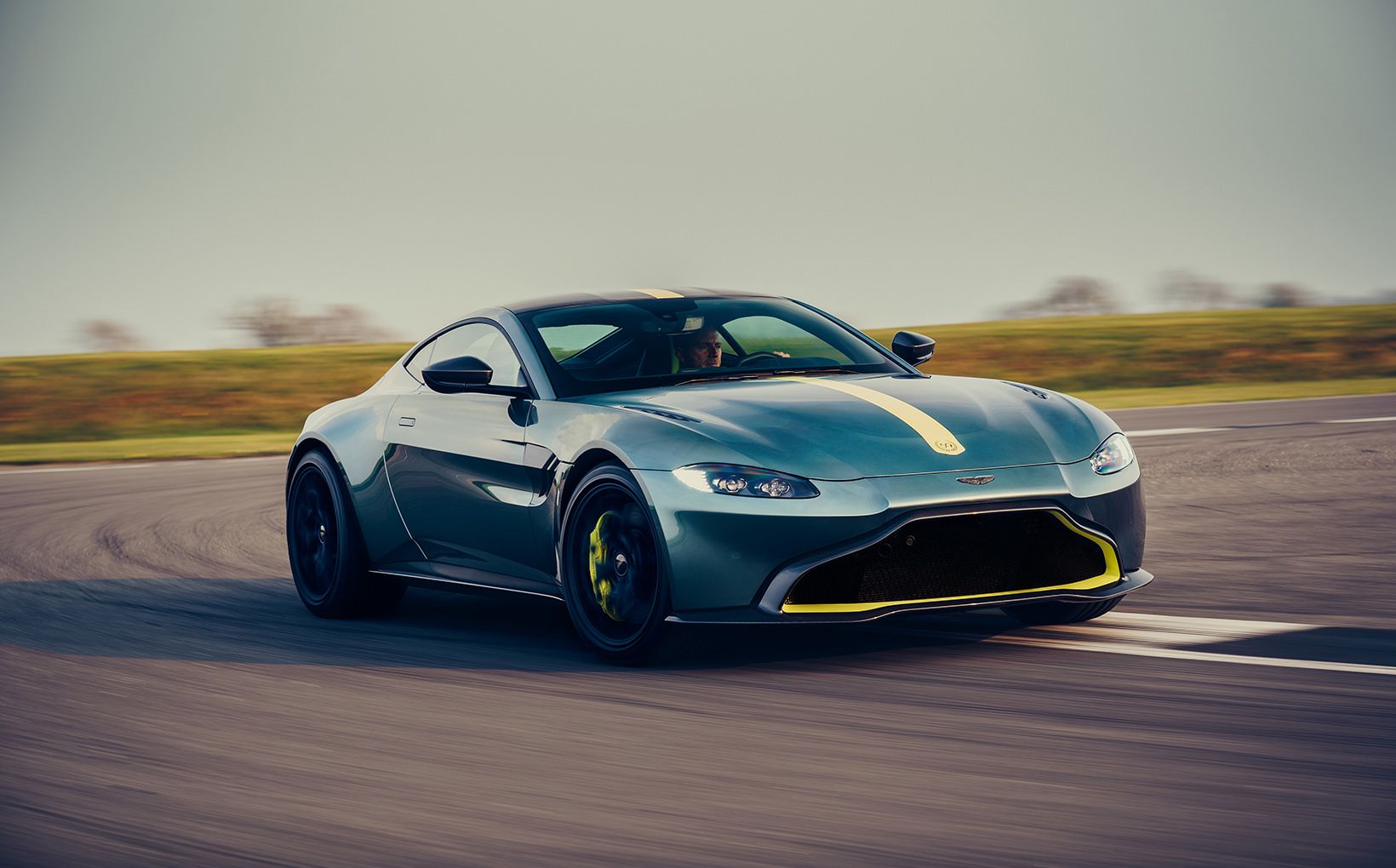 As one of the only exotic sportscars currently available with a manual gearbox, the Aston Martin Vantage AMR presents a very compelling case to purists.

While true, Porsche have promised that its new-generation 992-series 911 sportscar will be made available with a manual gearbox in the future, we’ll believe it when we see it as the three-pedal version made up a very small percentage of volume in the previous-generation model.

Aston on the other hand has no qualms with heel-and-toe drivers as the latest Vantage AMR slots in an Italian Dana Graziano seven-speed shifter for those who like to stir their cogs.

Though good news for purists (or Neanderthals, depending on who you ask), potential buyers might have a hard time finding a Vantage AMR for sale, with only 200 to be produced worldwide. 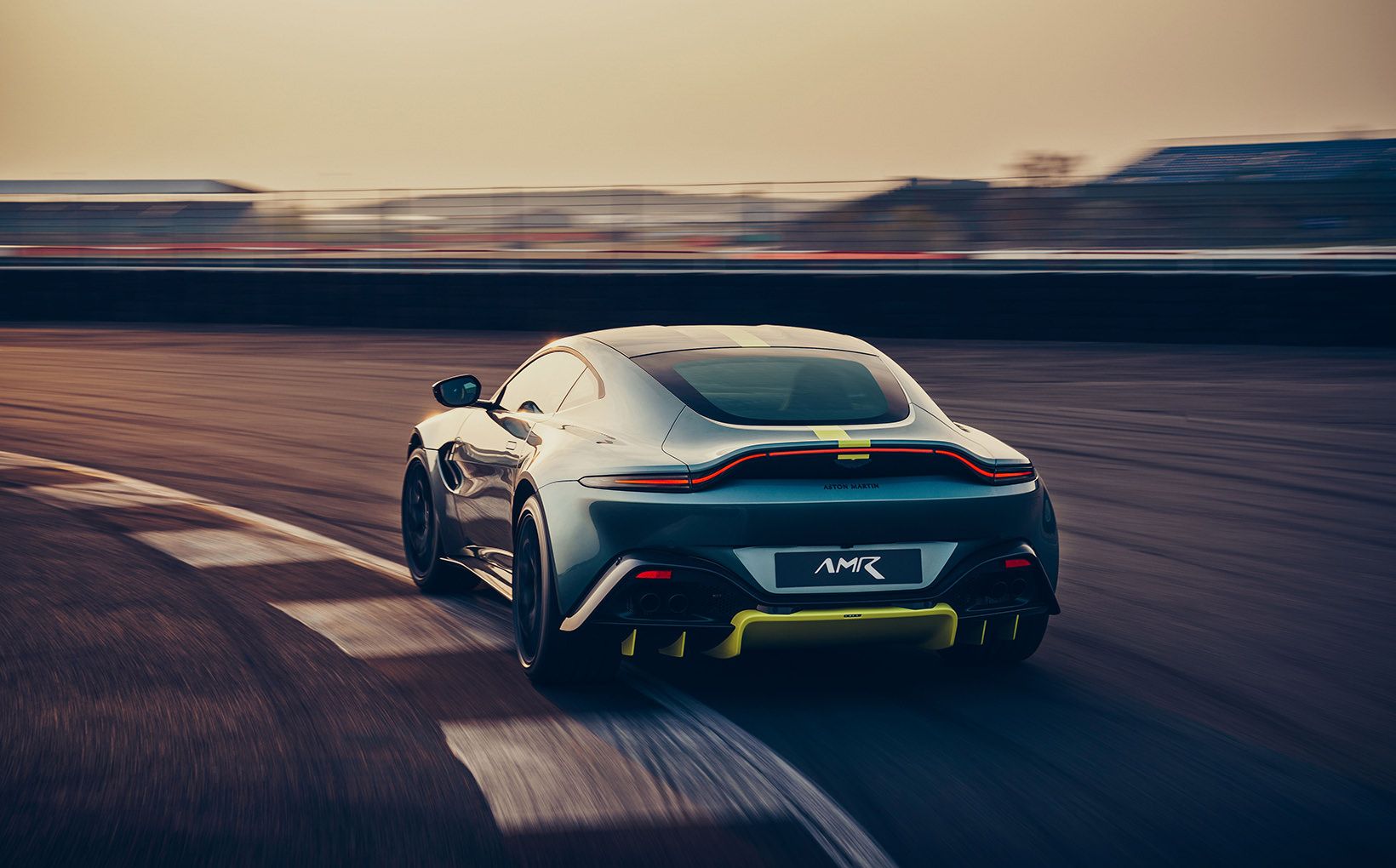 Limited to just 200 units around the world, 59 examples of the Aston Martin Vantage AMR will be finished in a unique green colour as a homage to the Le Mans victory of 1959.

A handful of them have even been confirmed to land for the Australian and New Zealand markets, though exact pricing is yet to be revealed.

Pundits can expect a pricetag north of the $299,950 before on-roads that the standard Vantage retails for, though, so you better be ready to break that piggy bank.

Sending drive to the rear wheels via the seven-speed gearbox, the Vantage AMR retains the familiar Mercedes-AMG-sourced twin-turbocharged 4.0-litre petrol V8 as the regular version, making it the only model in the world with that particular drivetrain combination. 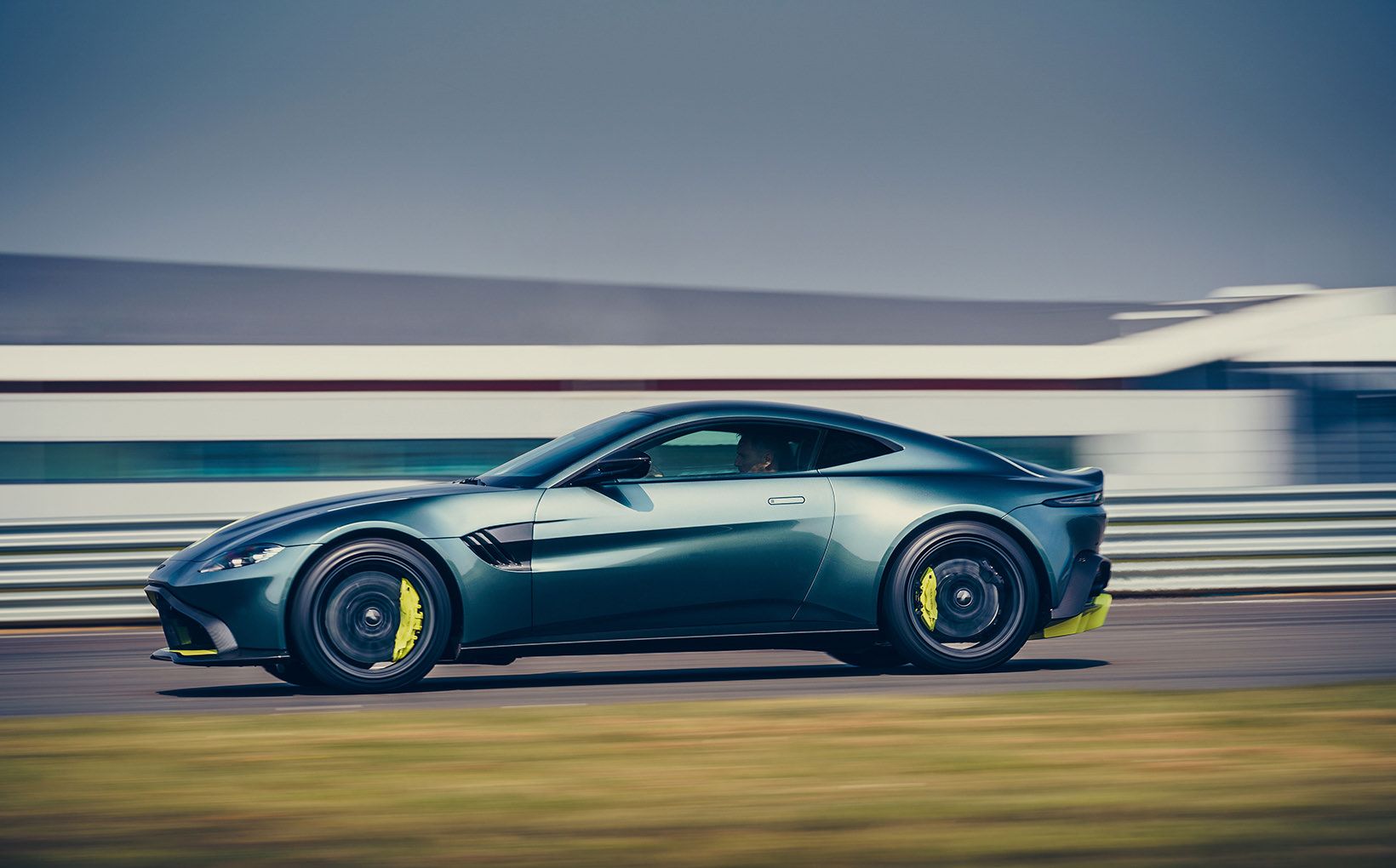 Under the bonnet sits a 4.0-litre bi-turbo V8 borrowed from Mercedes-AMG, with the Aston Vantage AMR producing 375kW of power and 625Nm of torque.

As a result, the zero to 100km/h time is 0.4 seconds slower at 4.0s, but we imagine the slower shift times of a manual also contributes to the gentler but still respectable pace.

Around the corners though, the 95kg-lighter gearbox should mean more agile and nimbler handling, a limited-slip differential and an adaptive suspension system also helping the Vantage AMR bogey out of the bends. 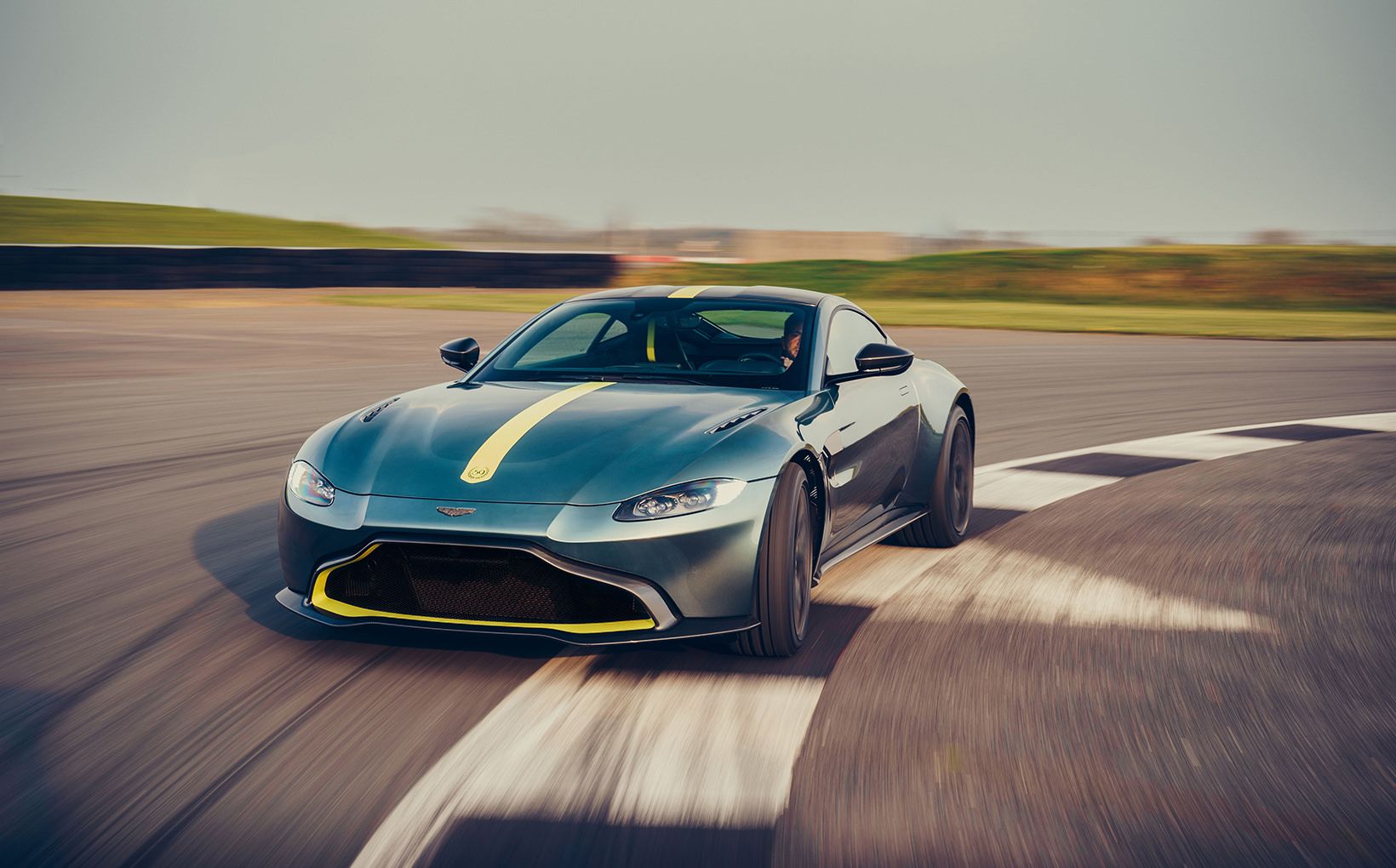 Although the manual gearbox saves about 95kg of overall weight, slower manual shifts and less torque means the Aston Martin Vantage AMR is slower in the zero to 100km/h sprint than the standard automatic.

Aston has clearly had a track focus in mind, too, with the seven-speed gearbox featuring a dog-leg first gear, ensuring that the more used second-to-seventh ratios are arranged in a familiar H pattern.

Fifty-nine examples will also be made in a special green colour to celebrate Aston Martin’s first and second place at the 1959 24 Hours of Le Mans.

Aston Martin’s Vantage nameplate can be traced back to 1950, where the moniker was first used on the DB2 of the time to denote an engine with larger carburettors that upped power from 78kW to 93kW. 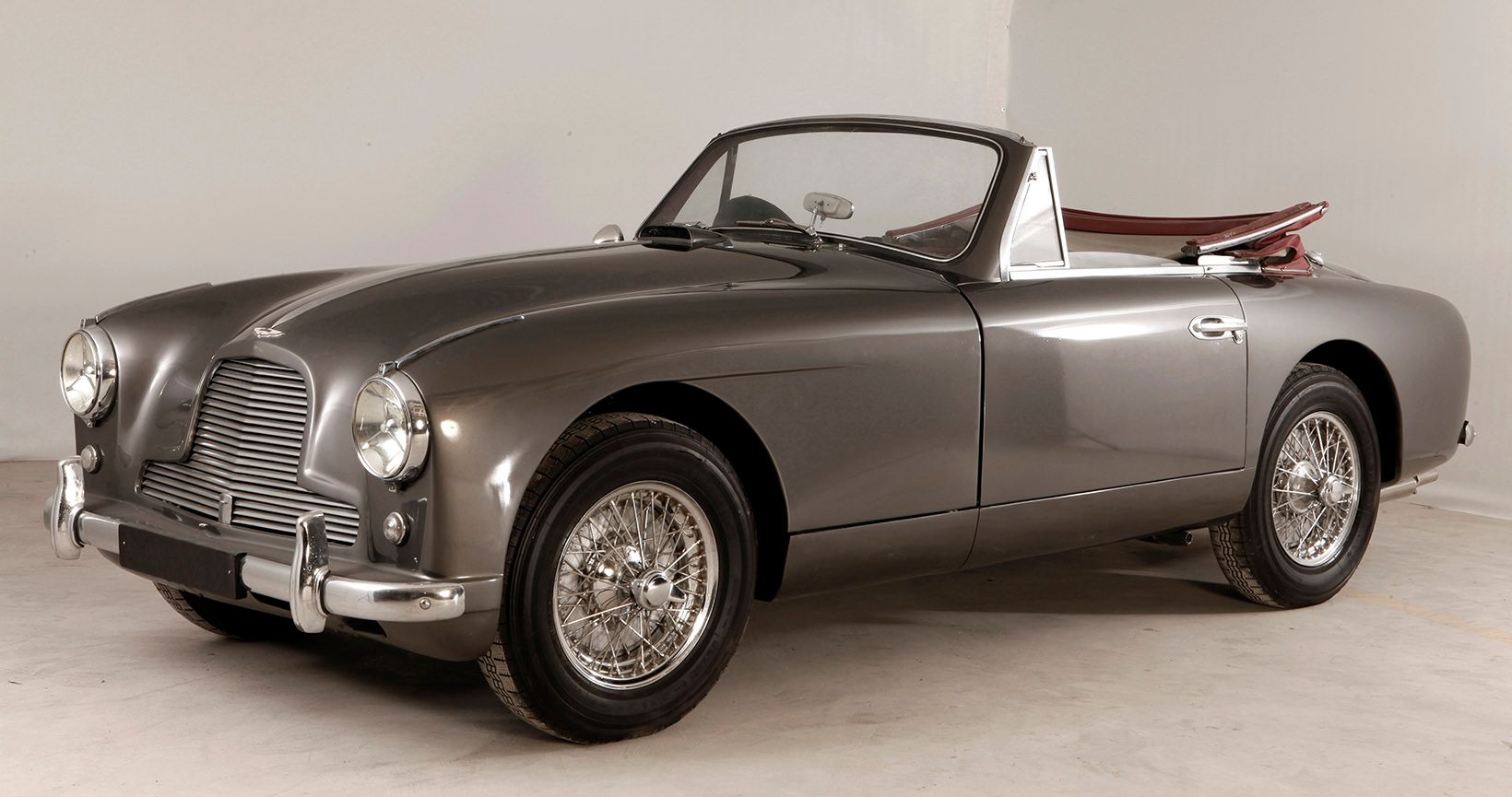 As the first Aston Martin model to wear the name, the DB2 Vantage of 1950 featured an uprated engine with larger carburettors that took power to 93kW.

The name would then continue to adorn higher-performing versions of the DB4, DB5 and DB6 before becoming its own model in 1977 with the introduction of the V8 Vantage – dubbed Britain’s first supercar and also known as the British muscle car due to it Mustang-like proportions.

From there, the Vantage nomenclature was added to the 1993 Virage as a high-spec variant and also popped up in a concept car dubbed Project Vantage in 1998 that heralded the production Vanquish.

The DB7 in production from 1994 would also gain a V12 engine and the Vantage nameplate, but it wasn’t until the previous-generation V8 and V12 Vantage models that an AMR version would emerge. 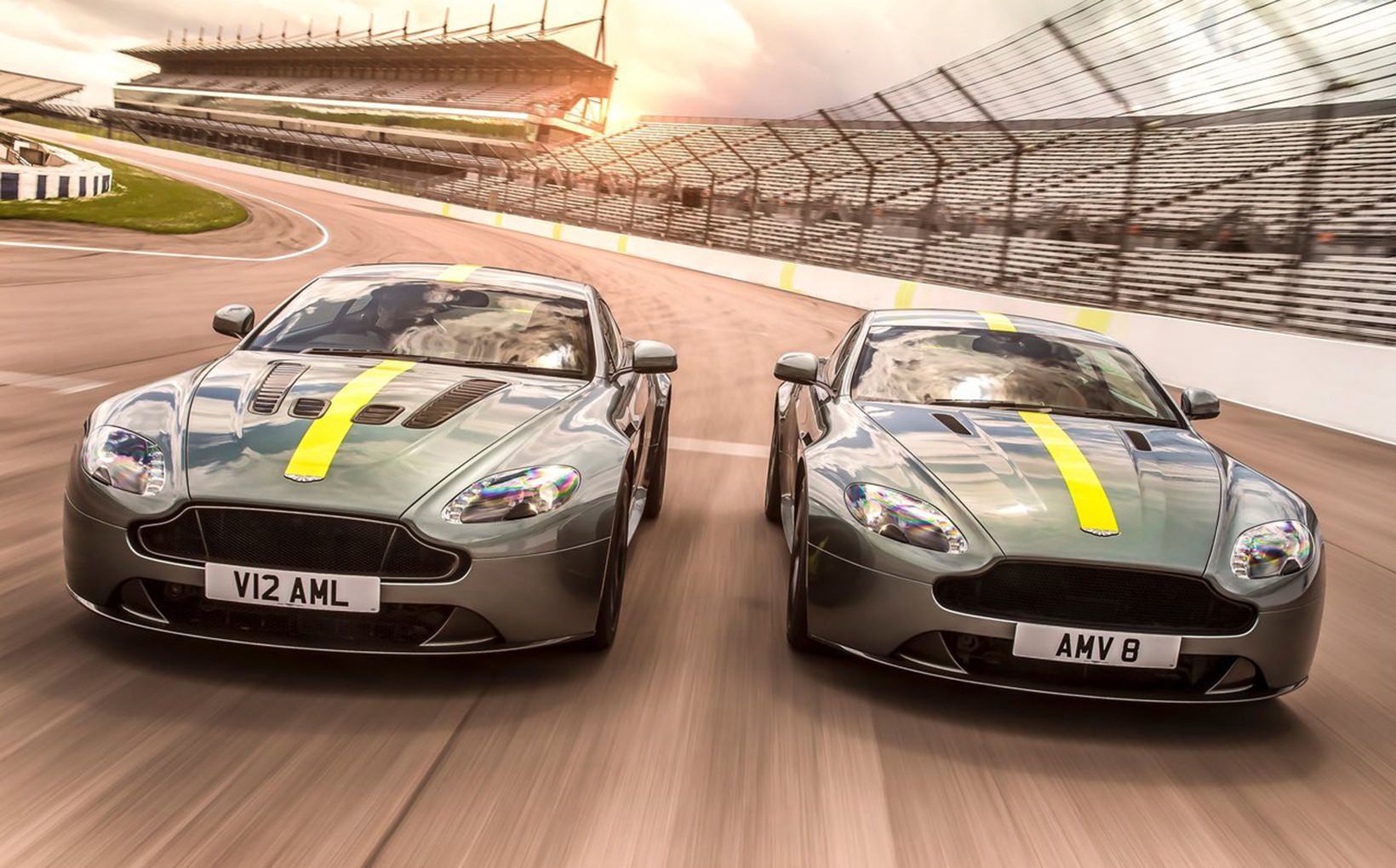 2017 saw the introduction of the first Aston Martin Vantage AMR, which was available in both V8 and V12 formats that both could be had with a three-pedal arrangement.

Available with a similar green paint scheme as the new Vantage AMR, the previous-generation versions were offered in V8 and V12 configurations, with numbers limited to 200 and 100 respectively.

Though power and torque remained static from the 321kW/490Nm 4.7-litre V8, the V12 could belt out as much as 444kW/620Nm in some regions, and both were crucially available with manual gearboxes.

With so much history and heritage behind the Vantage name, is it any wonder that the new seven-speed manual AMR is getting so much attention?