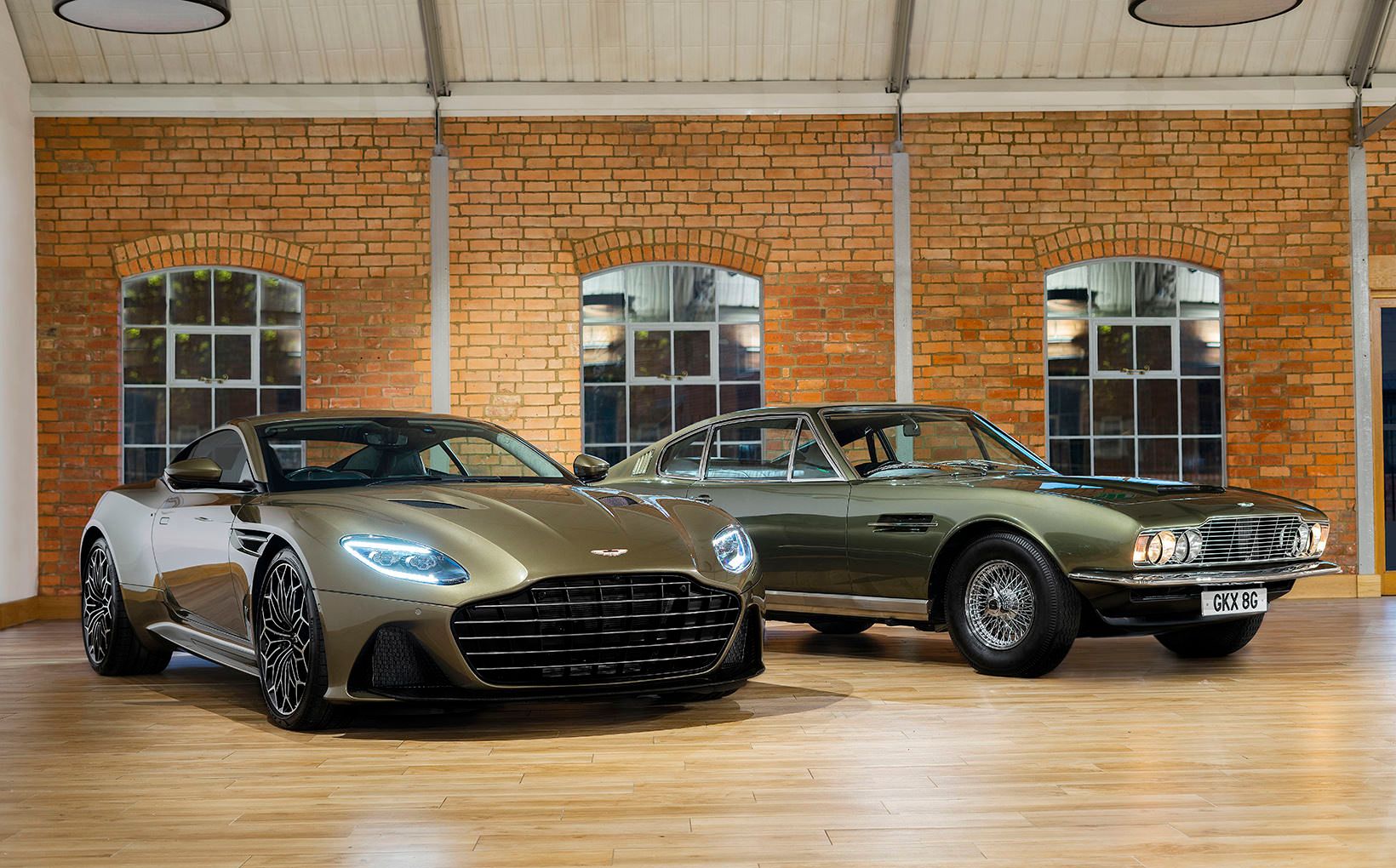 THE name’s Bond, James Bond. Or is it rather Martin, Aston Martin? It’s almost hard to say because everyone’s favourite MI6 agent and a particular British luxury automotive brand are synonymous with one another.

Yes, the James Bond film franchise has it all, including comedy, drama, romance and action, but it is one particular element that always sets rev-heads’ pulses racing: the cars.

Over the years, 007 and his acquaintances have dabbled with BMWs, Jaguars and even Fords, but the titular character always seems to come back to his beloved Aston Martins.

It’s no surprise, then, that the famous marque has decided to commemorate the 50th anniversary of the sixth James Bond instalment, On Her Majesty’s Secret Service, with a very special new model.

Enter the nicely abbreviated OHMSS, a limited-run version of Aston Martin’s DBS Superleggera flagship which pays homage to the original DBS that played a starring role in the film.

In fact, an Australian connection runs deep here, with OHMSS the only film so far to feature one of our own in the leading role. Yes, we’re talking about everyone’s favourite pub-trivia answer: George Lazenby. 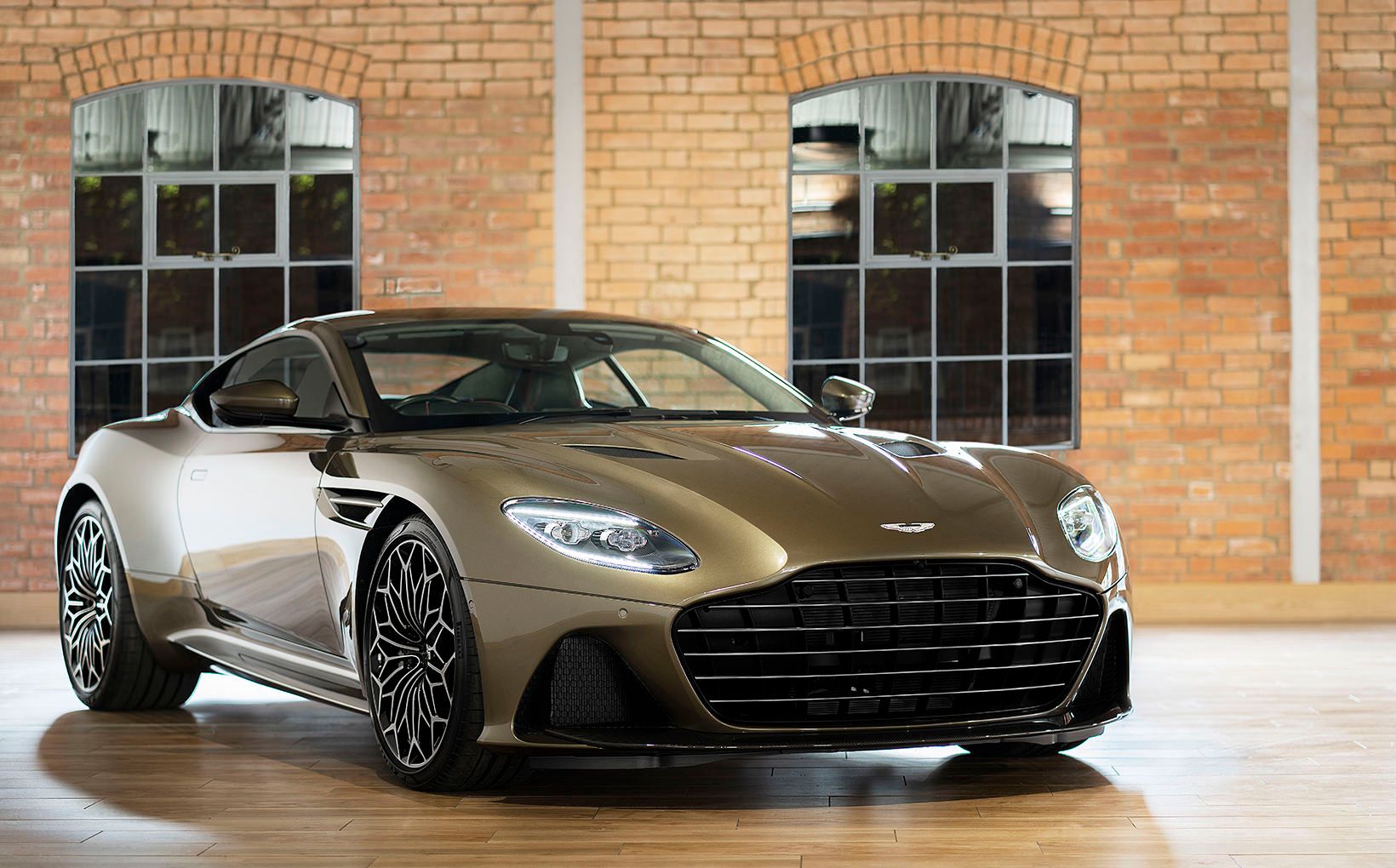 The OHMSS has a new grille insert with six horizontal bars that replaces DBS Superleggera’s standard mesh piece for a stronger resemblance with the 1969 DBS.

So, what makes the OHMSS worth nearly $150,000 more than the half-million-dollar DBS Superleggera upon which it based? A touch of history, apparently.

The common colour scheme extends to the cabin where Pure Black leather upholstery is accented by grey Alcantara, with red piping and stitching providing a pop of colour. 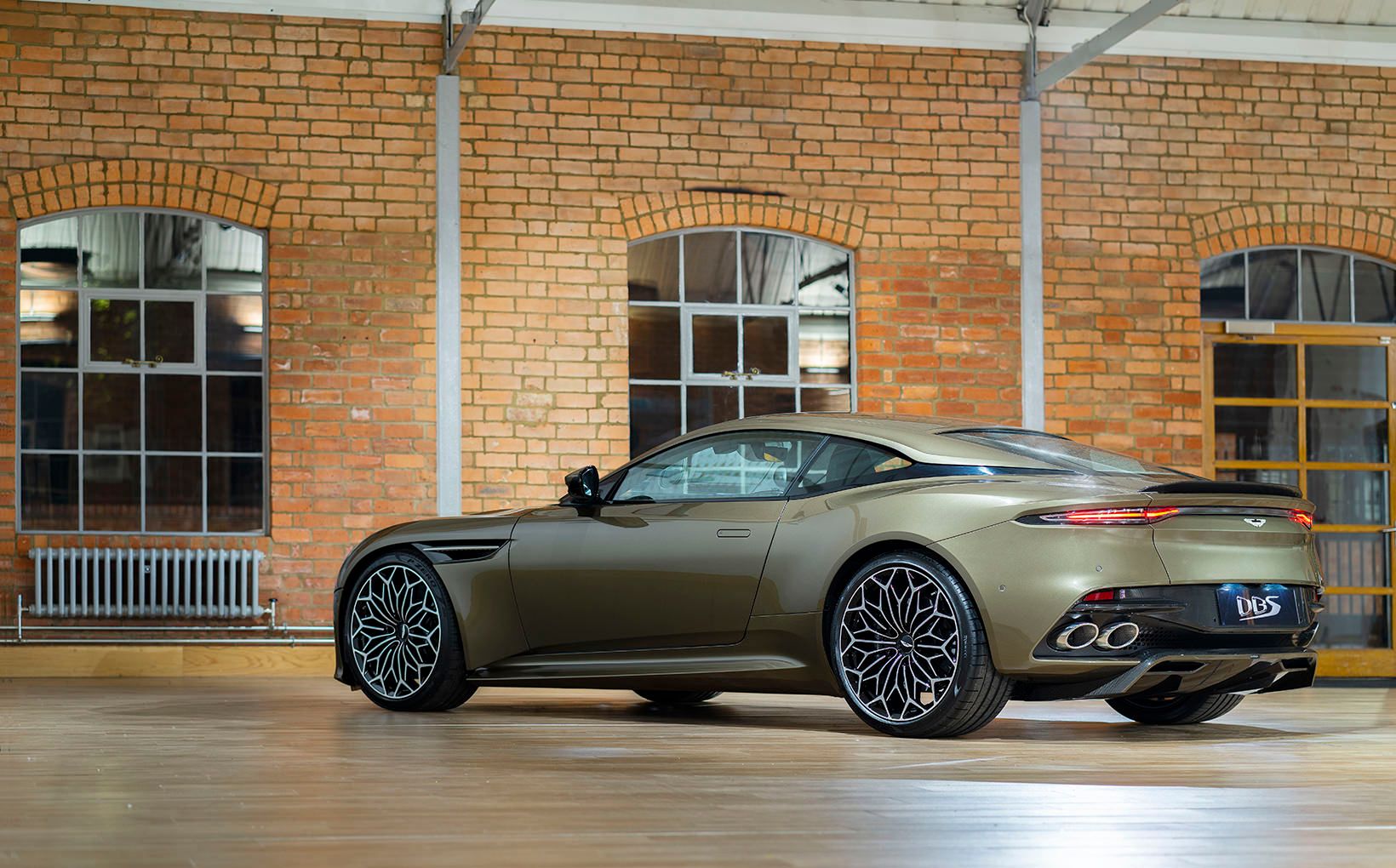 A carbon-fibre aero blade and a body-colour roof ensure the OHMSS looks sporty and luxurious in equal measure.

This is where the similarities end, though, with the OHMSS introducing some extra bling to make it feel that bit more special than your ‘run of the mill’ DBS Superleggera.

Its set of 21-inch alloy wheels feature a unique Y-spoke design that is a stark departure from the 1969 DBS’s rims.

Throw in a carbon-fibre splitter and aero blade and DBS Superleggera’s is suitably dialled up to 11 in OHMSS form, while the body-colour cantrails and roof exude class. 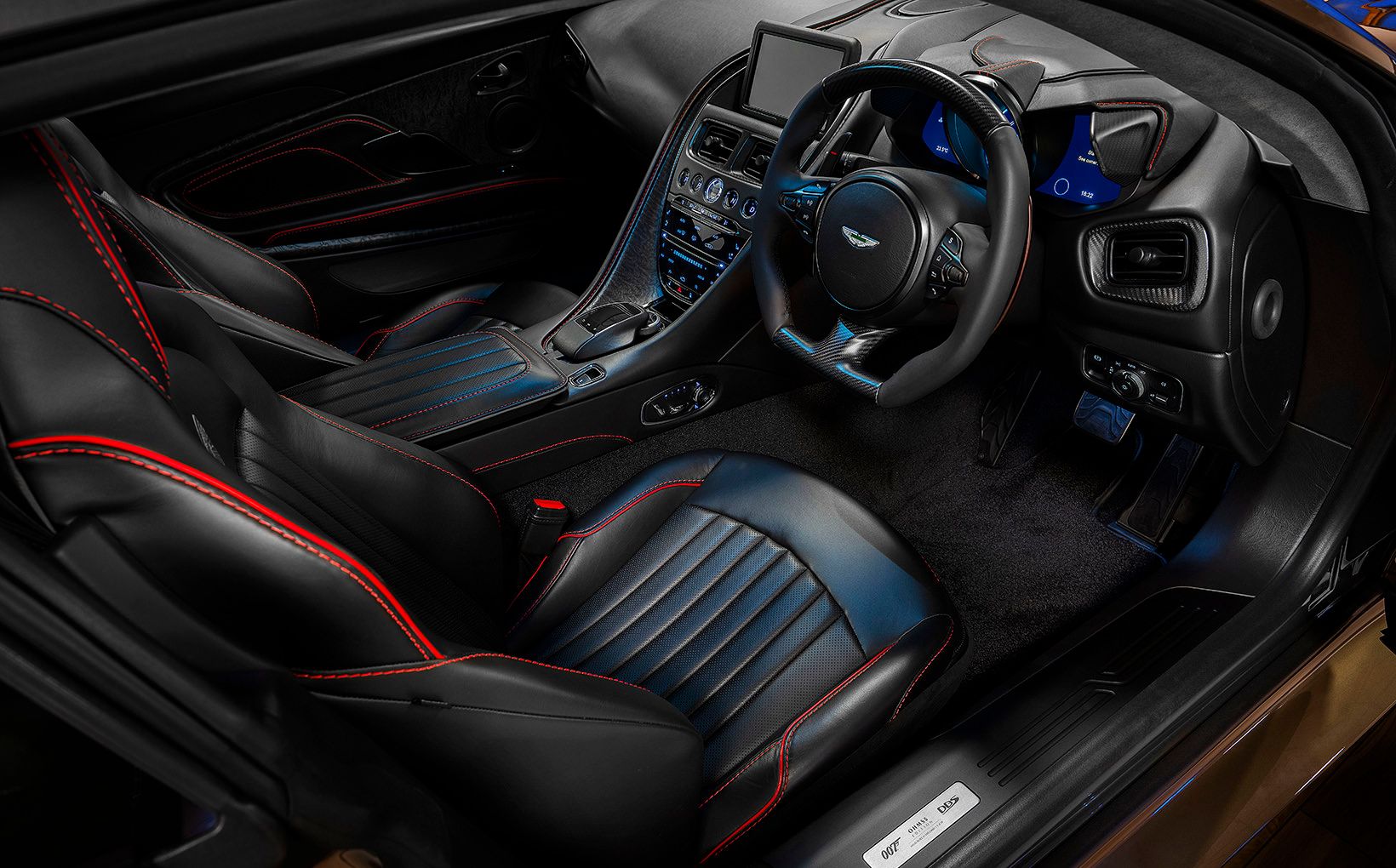 Pure Black leather upholstery with grey Alcantara accents covers the OHMSS’ seats and most of its touchpoints, while red piping and stitching brighten things up.

Meanwhile, Aston Martin’s signature side strakes feature ‘OHMSS Edition’ branding in case you forget why you spent an extra 150 large.

And let’s not forget the bespoke build plates that are located on top of the door sills. Want to know your example’s build number? Look no further.

And if all of this is not enough, you can dip into the options list and purchase a bespoke drinks case that sits in the boot and opens via metal clasp to reveal a felt-lined interior for two bottles and four flutes, both of the champagne variety. 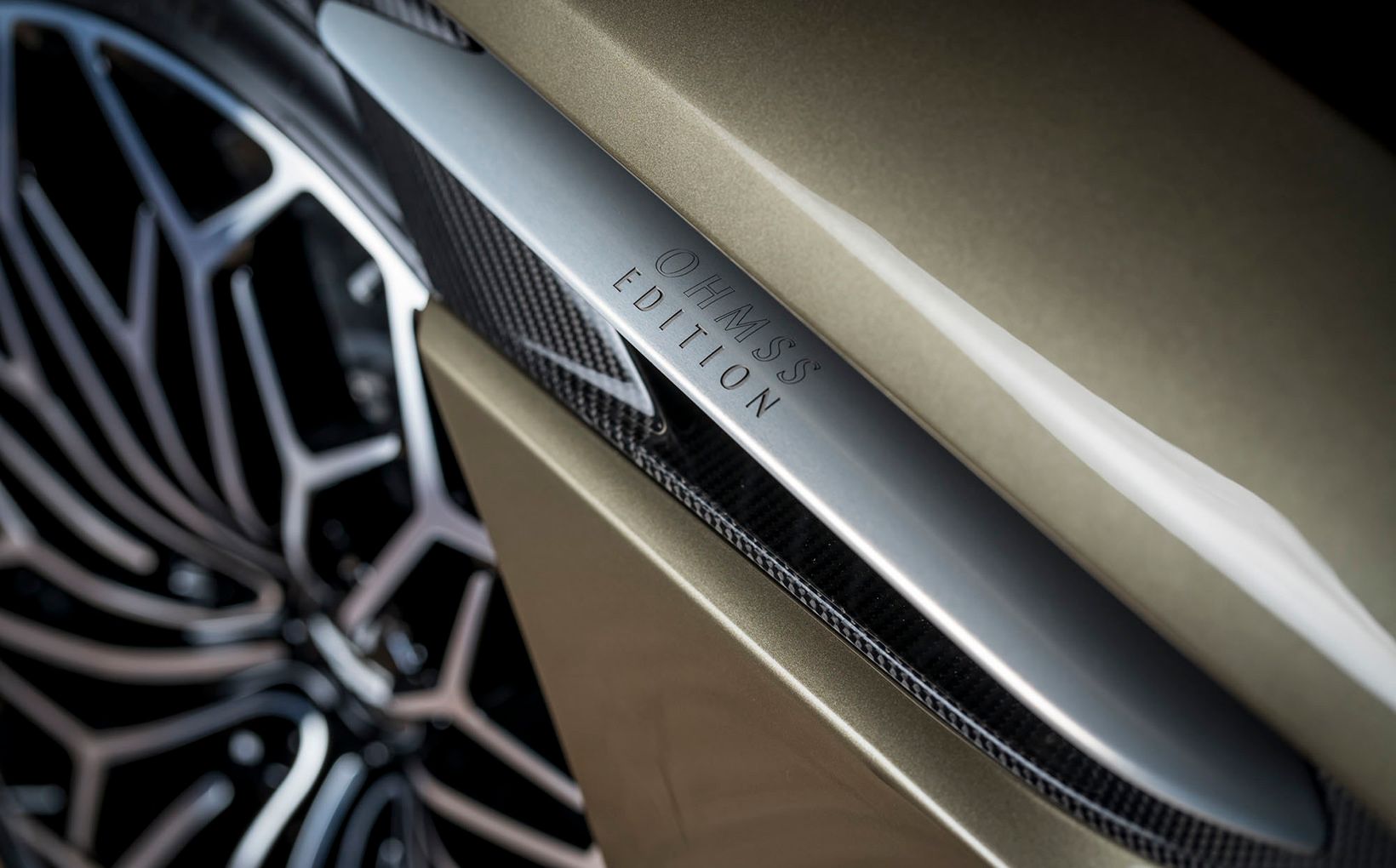 Rolling on a set of 21-inch alloy wheels with a unique Y-spoke design, it is easy to pick the OHMSS out of a line-up of DBS Superleggeras.

The bad news, though, is only 50 examples of the OHMSS will be produced for global consumption, although an Australia allocation has been confirmed. The exact number, however, won’t be known until local orders are placed.

So, you better get in quick if you want one! And with a new James Bond film due in April next year, there’s no better time to purchase a vehicle that ironically stirs more than it shakes.

Yes, even with no mechanical changes made to create the OHMSS, it is still what Aston Martin describes as ‘the brute in the suit’. 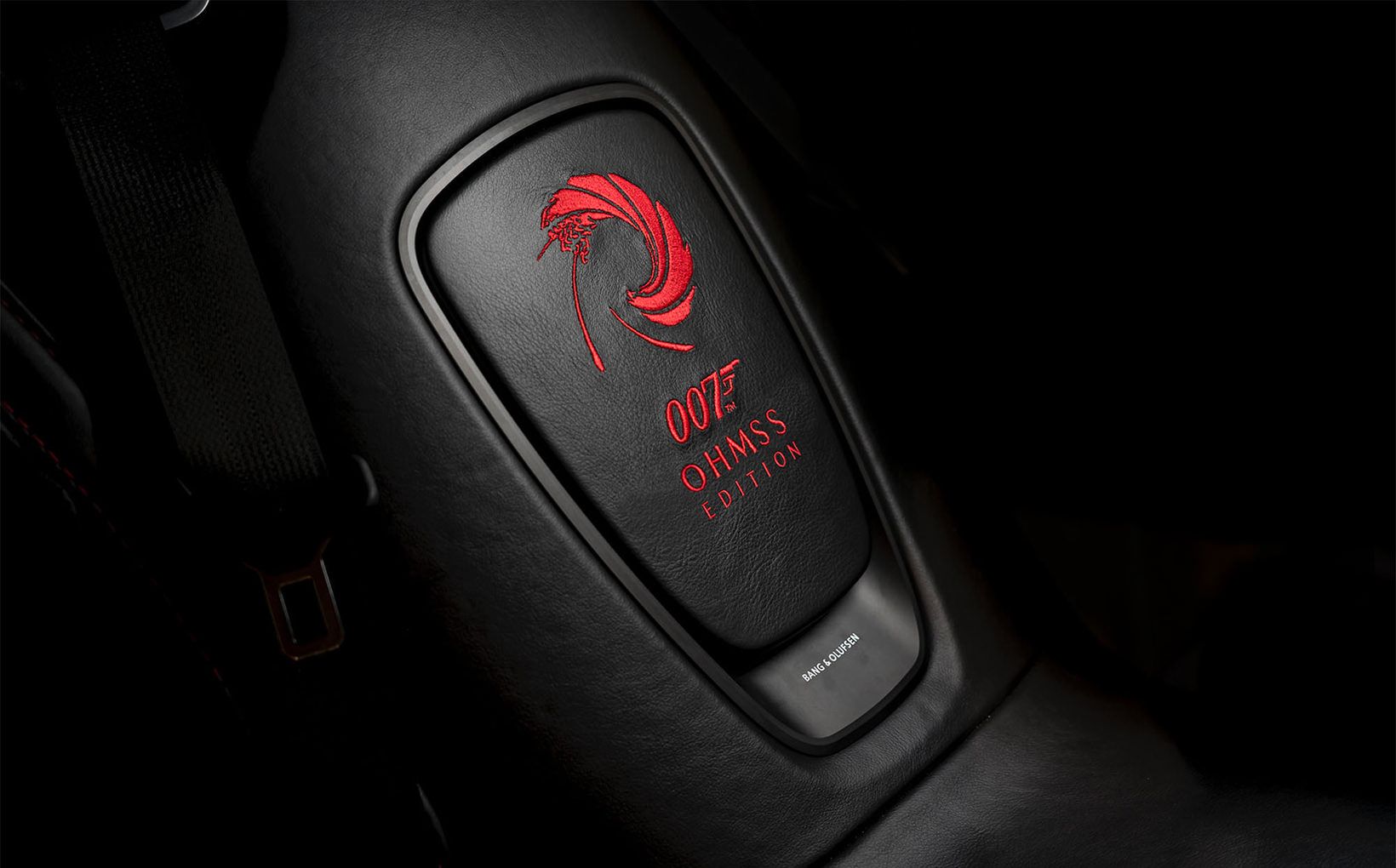 In case you forget why you spent the extra $150,000 on the OHMSS, there is plenty of branding to point out what makes this limited-edition variant so special.

With a 5.2-litre twin-turbo V12 petrol engine sending 533kW of power at 6500rpm and 900Nm of torque from 1800-5000rpm to the rear wheels via an eight-speed torque-converter automatic transmission, the ‘regular’ DBS Superleggera is already formidable.

Launch it off the line and it will reach 100km/h in a blistering 3.4 seconds while on the way to its Autobahn-busting 340km/h top speed.

If you’re a fan of in-gear acceleration, DBS Superleggera will dash from 80km/h to 120km/h in just 2.0s when in fourth, while 160km/h only requires another 2.2s. That’s some serious pace, ladies and gentlemen. 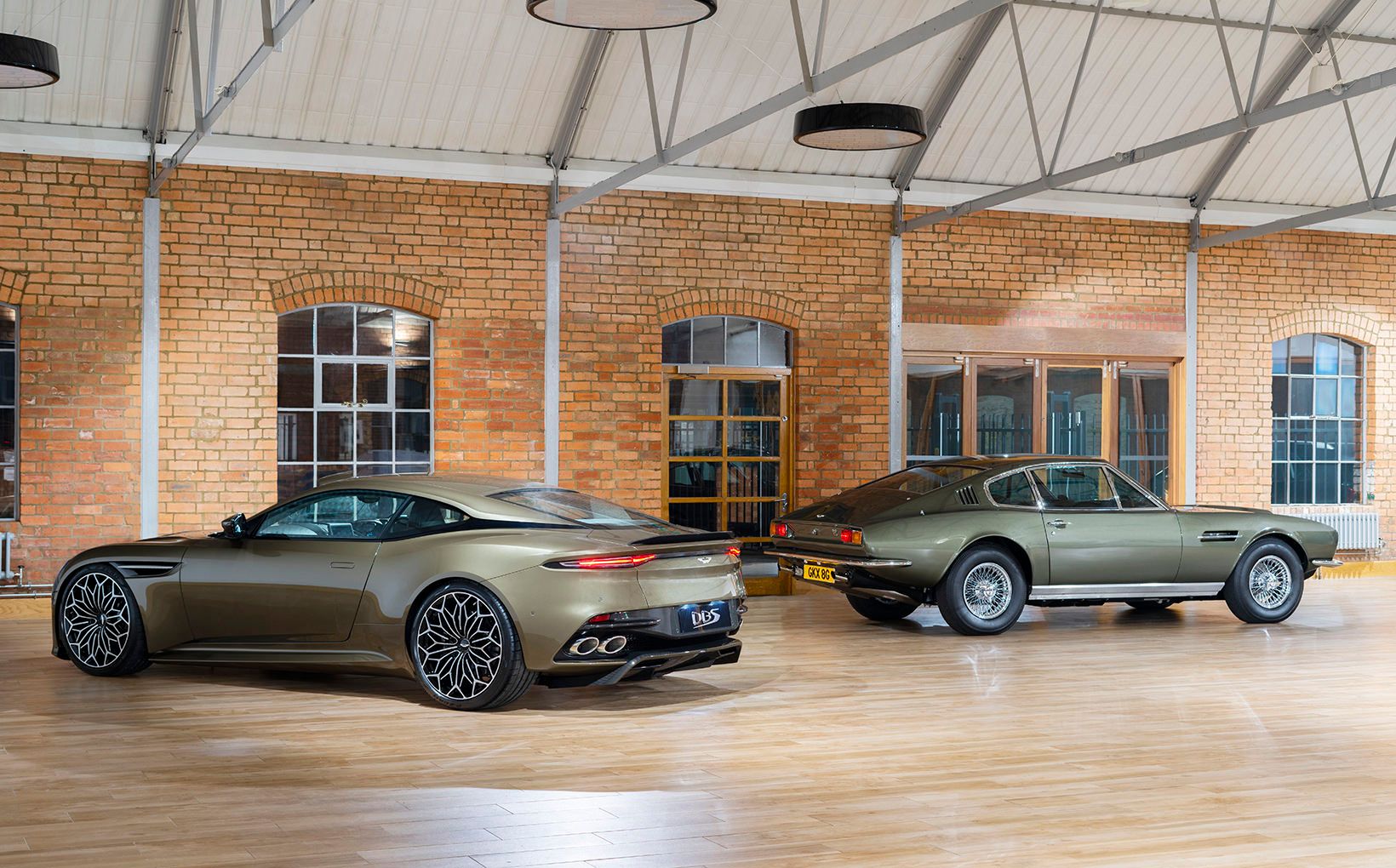 The OHMSS takes its Olive Green paintwork from the 1969 DBS. Either way, the similarities between the two are quite apparent.

The Aston Martin-James Bond story is set to only grow stronger, with reports that the current 007, Daniel Craig, will be getting behind the wheel of a 1985 Series II V8 Vantage for the first time in over 30 years in the next instalment.

And frankly, if you were a secret government agent that effortlessly combined fast-paced action with achingly good luxury, would there really another vehicle you’d want to drive more than an Aston Martin? We didn’t think so.