One could argue that there’s never been a better time to be a fan of small, lightweight sports coupes.

From the affordable, nimble and feather-light contenders like the Mazda MX-5, Hyundai Veloster, Toyota 86 and Subaru BRZ to the more powerful and premium BMW M2, Porsche 718 and Alfa Romeo 4C, there is a plethora of choice for any any potential two-door sportscar buyer.

However there is one trait that all of the above share – none would be particularly good off the backtop, with low ground clearance and rear-wheel drive making for a nervy affair when carving through gravel and dirt backroads. 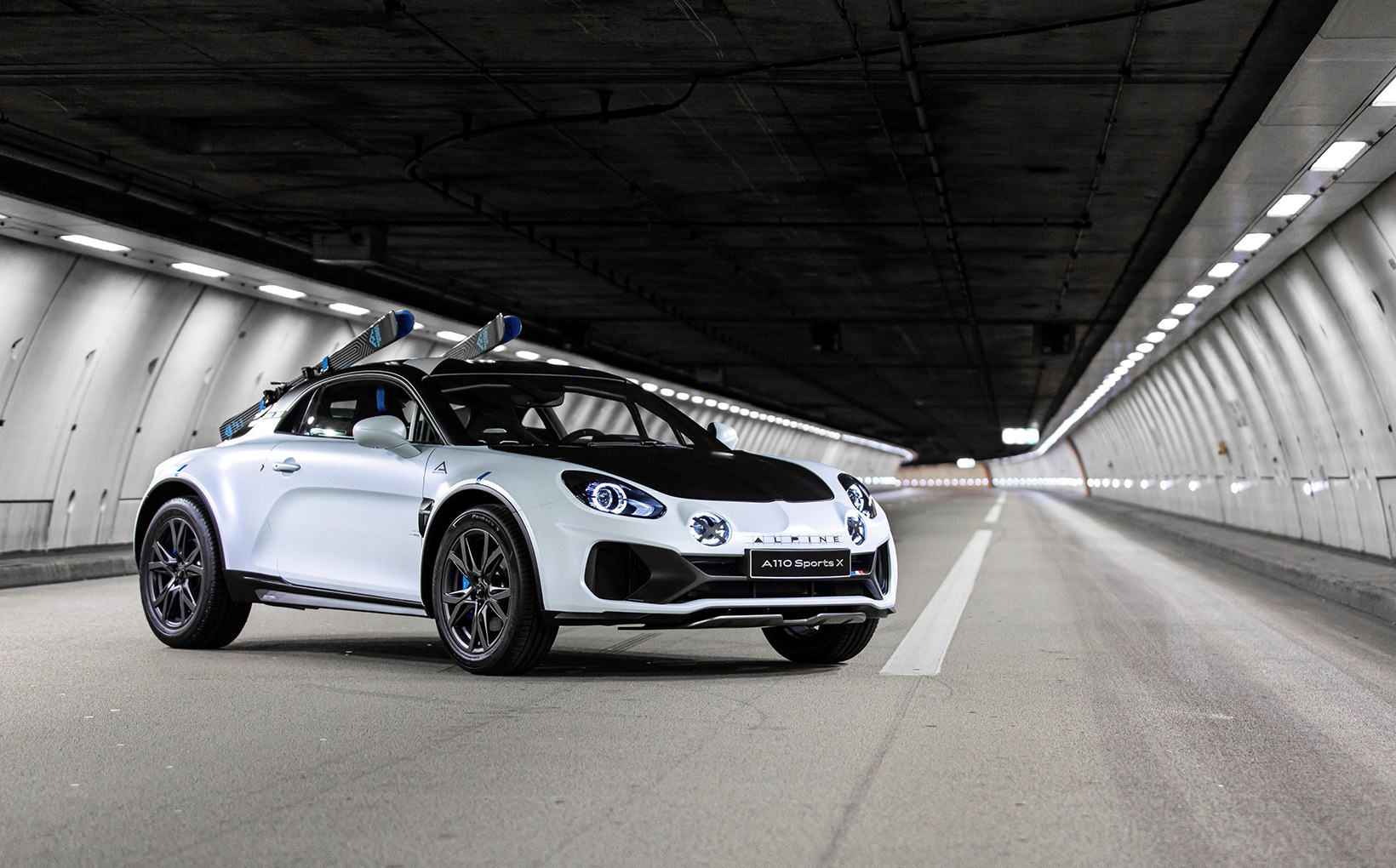 Granted, this probably isn’t going to be much of a consideration for most sportscar buyers, but for those with dreams of becoming a WRC champion, French performance marque Alpine may have the answer.

The niche brand has taken its critically acclaimed A110 coupe and given it the rough-road treatment to create the A110 SportsX, a one-off, rally-focused model designed to pay tribute to the 1973 Monte Carlo Rally-winning A110.

Crafted in collaboration with Alpine’s design and engineering arms, the A110 SportsX is unfortunately not slated for production – a shame, given the undeniable sense of style exuded by the jacked-up coupe. 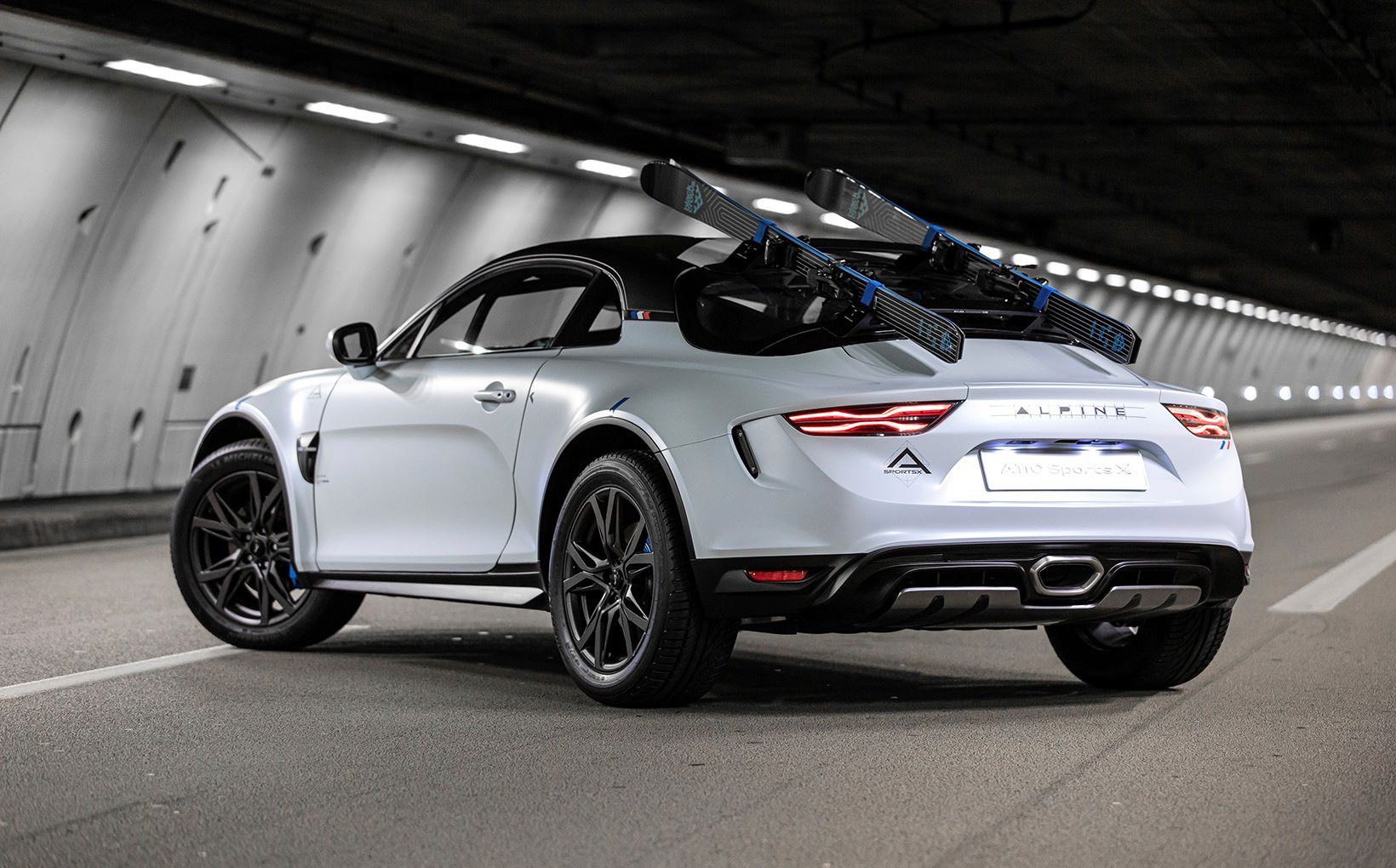 Increased ground clearance gives the A110 SportsX authority when tearing through dirt roads.

Alpine’s engineers have raised the A110’s suspension by 60mm, while widening wheel track by 80mm, giving the SportsX a tough stance and sense of enhanced ability.

The A110 SportsX is finished in a slick matte white paint finish with a two-tone black roof and bonnet, while the front bumper is redesigned with an aluminium skid plate, altered front splitter and new side air intakes that complement the wider wheel track.

At the rear, the aluminium underbody protection continues, while new gills have been placed on the sides on the tail-lights to emphasise the wider body. 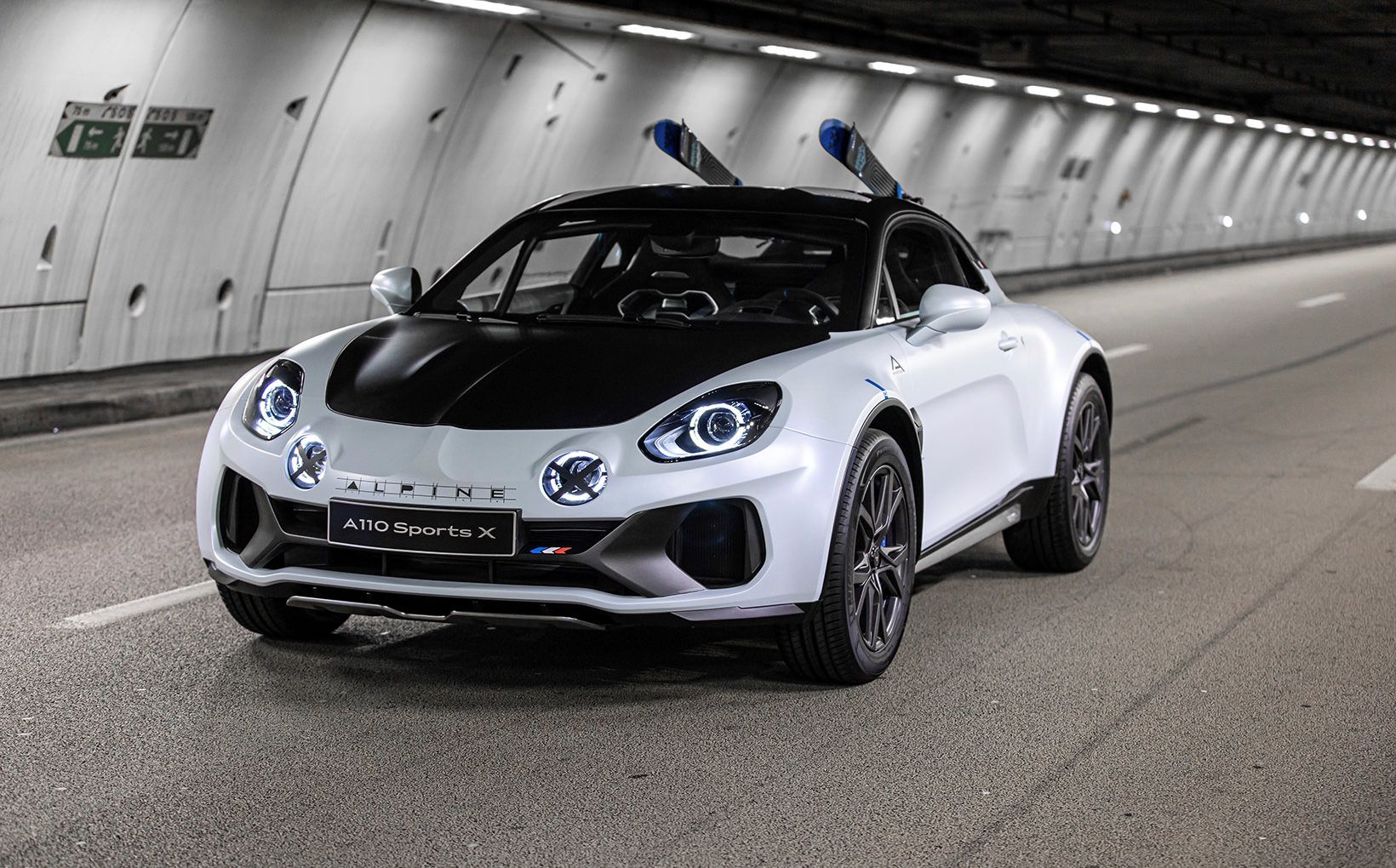 A custom-made ski rack is also fixed over the car’s rear window, as an homage to the brand’s history and name, while the rally-style tape on the front foglights give the SportsX an unmissable rally look.

The engine is still paired to a seven-speed dual-clutch automatic and drives the rear wheels only, ensuring plenty of tail-happy oversteer when carving around forest backroads. 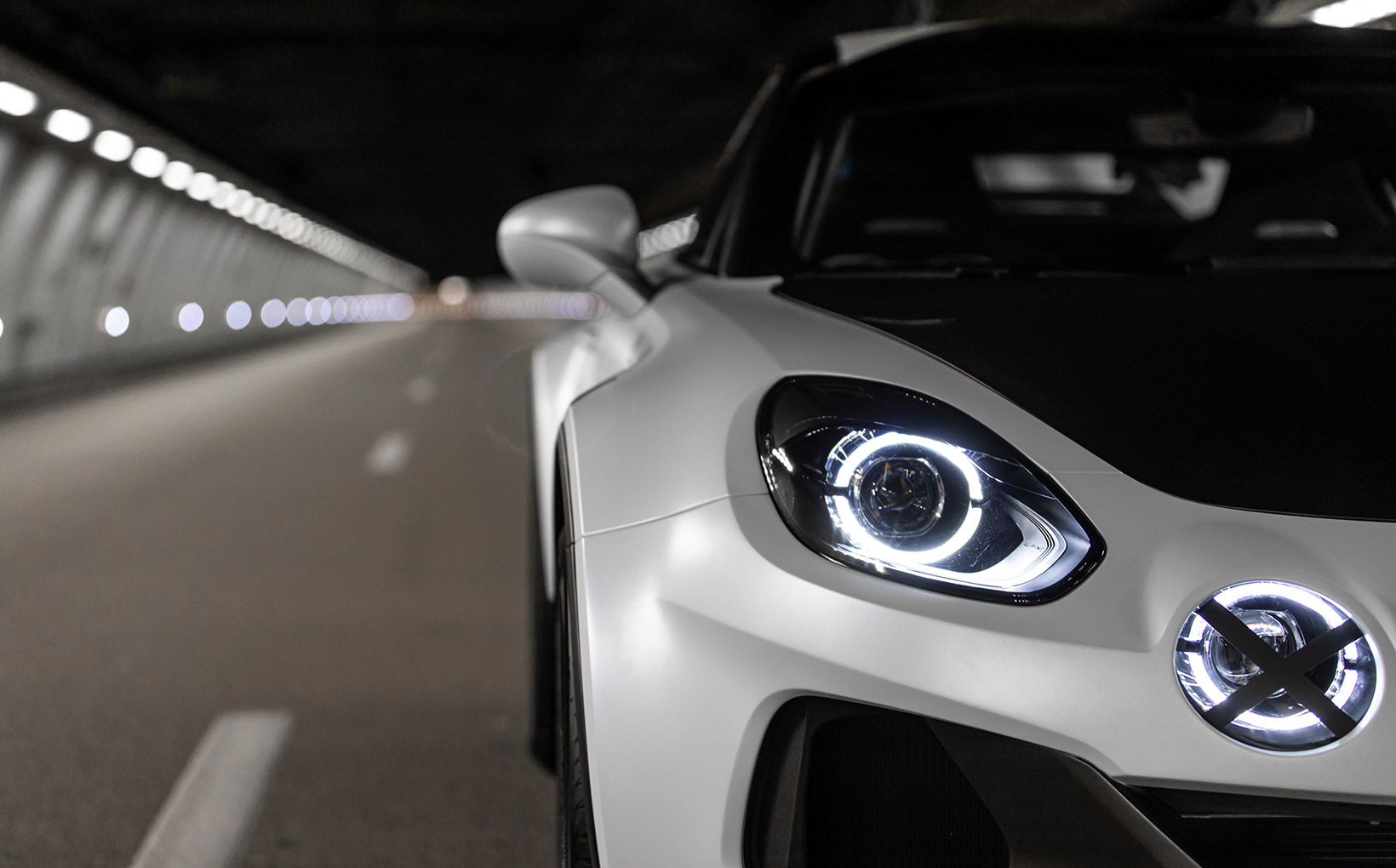 Crossed-out foglights give the A110 SportsX a more rally-focused look.

The A110 SportsX is based on the entry-level A110 Pure grade, meaning there is also room to improve performance, with the top-spec A110S able to extract 215kW from the same engine.

Renault has not detailed the weight penalty incurred by the SportsX’s extra kit, however it should remain firmly in the featherweight division given that the A110 Pure tips the scales at just 1060kg tare mass.

Despite its extra accessories and higher centre of gravity, the brand says the SportsX “remains faithful to Alpine’s DNA: lightness and agility for driving pleasure”. 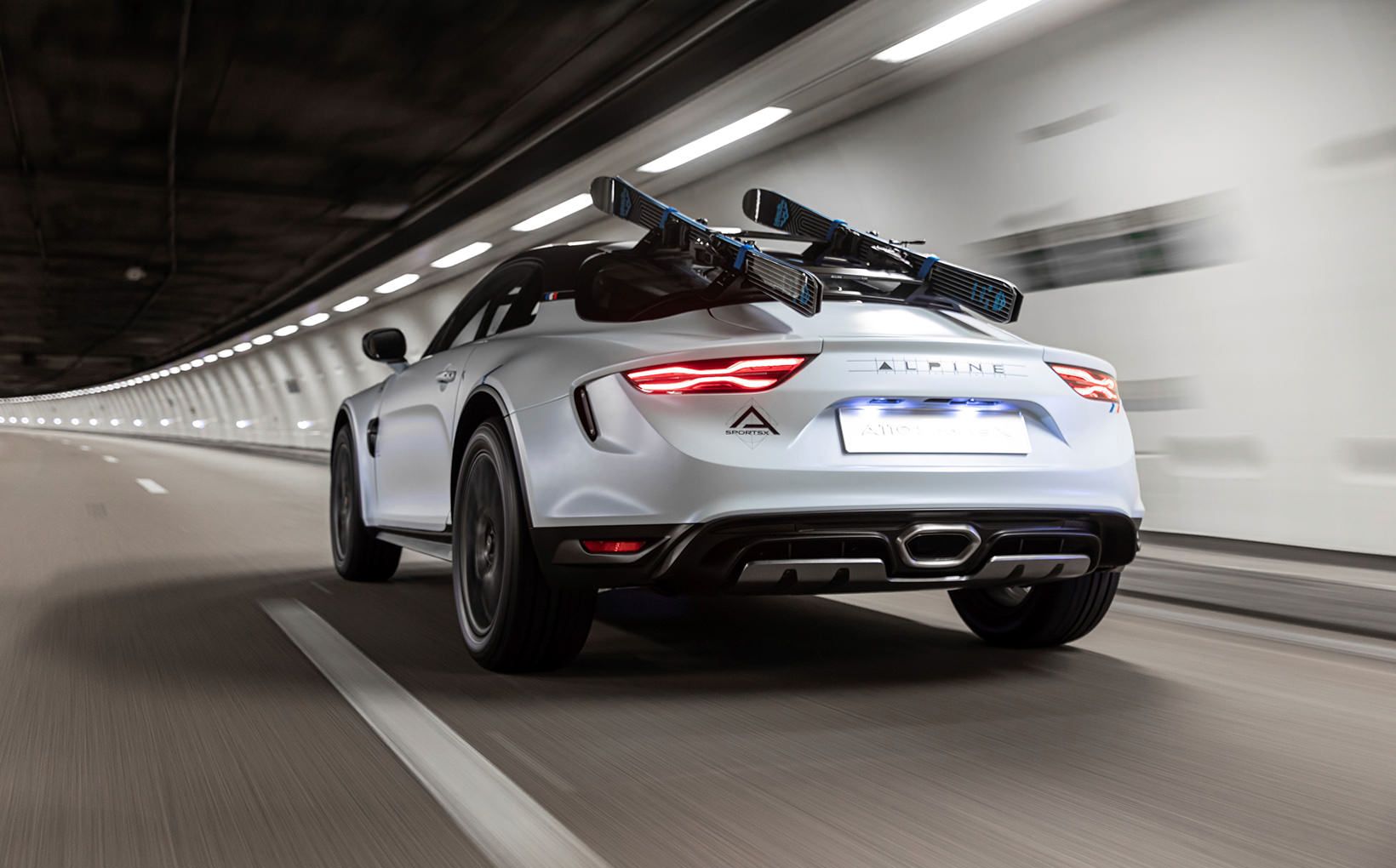 Skis mounted to the rear of the vehicle hint at its lifestyle-oriented ethos, while also paying homage to the brand’s name.

Believe it or not, this is not the first rally-inspired Alpine model to be released since the A110’s global debut in 2017, with the unveiling of the race-bred A110 Rally at the Rallye Mont-Blanc Morzine in September.

Built for private rally teams and drivers, the A110 Rally is based on the race-spec A110 GT4, and includes extra kit such as three-way hydraulic suspension, Brembo brakes, a roll cage, bucket seat and six-point harness.

A limited-slip differential helps traction in the slippery stuff, while a large fixed-wing spoiler made its racing roots unmistakable. 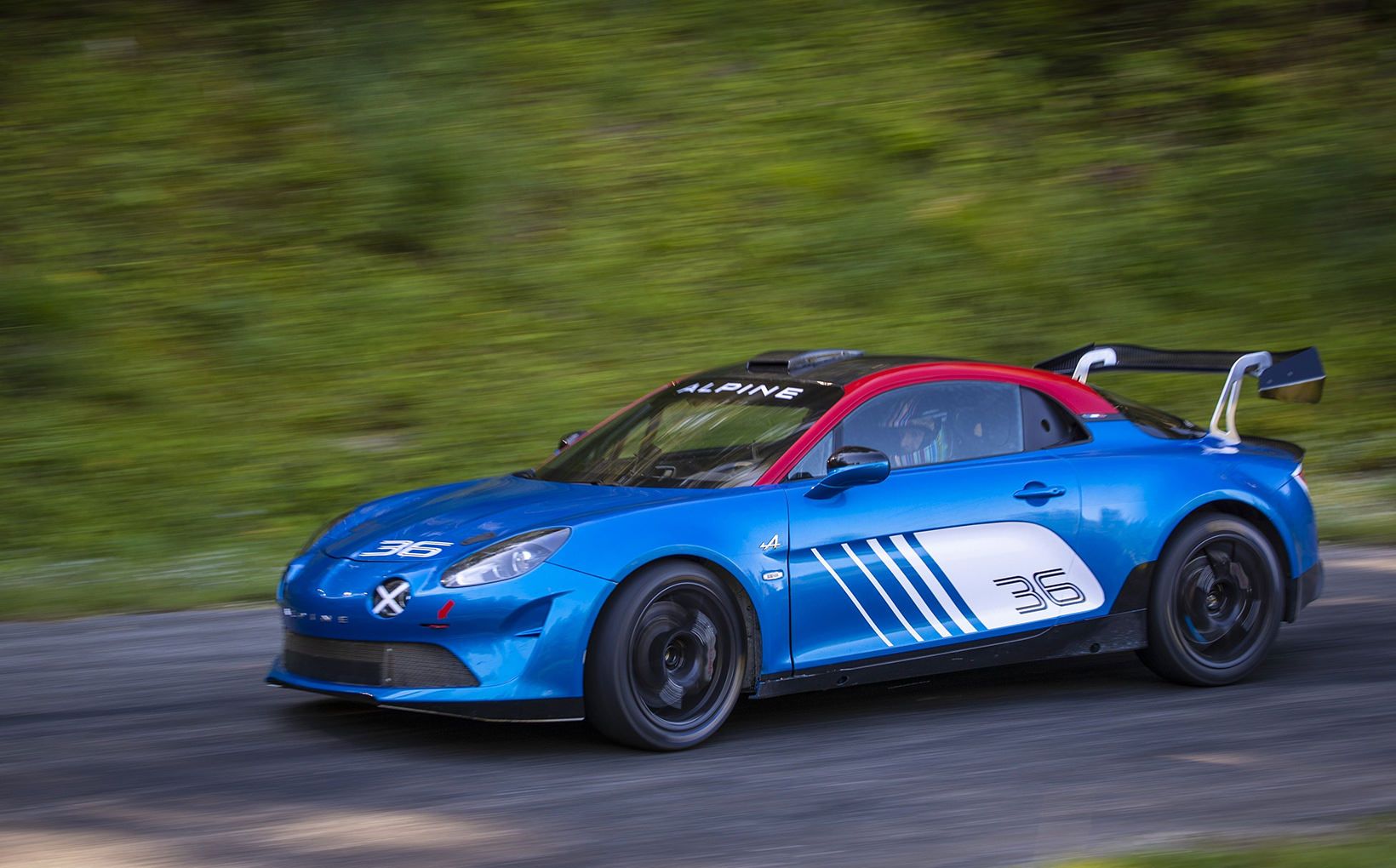 The A110 GT4 allowed private citizens and race teams to buy a rally-spec A110.

The new A110 first landed Down Under in late 2018, drawing praise for its nimble handling, tight chassis balance and lightweight performance that compares with other models sporting a much higher pricetag.

The Alpine brand was relaunched by parent company Renault in 2016, breathing new life into the brand that was born in 1954 and produced vehicles until the mid 1990s.

Fans of the Alpine brand will see the stark similarities between its new sportscar and the original A110 Berlinette first revealed in 1961, with its four-headlight design and swooping profile. 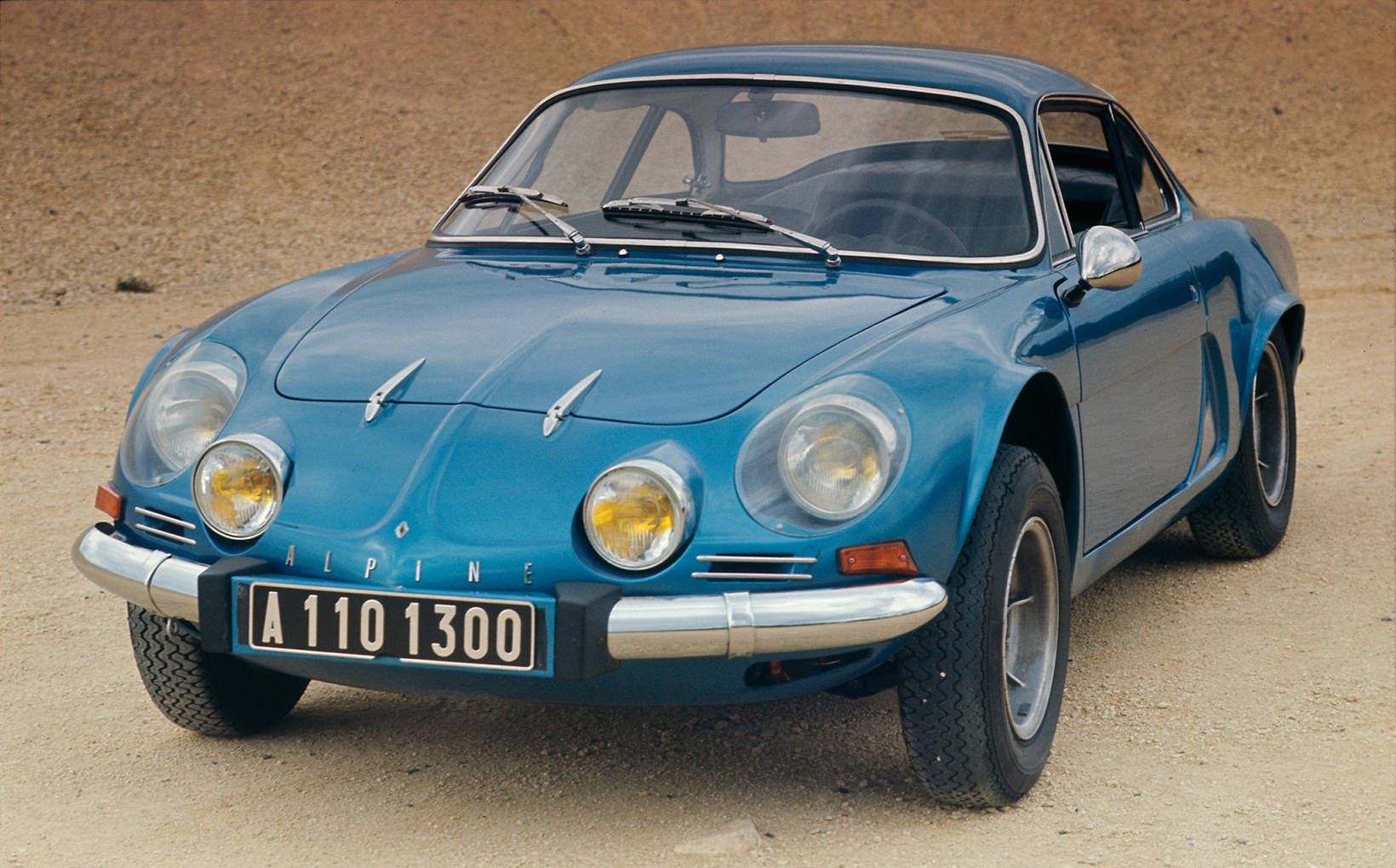 The A110 first originated in the 1960s, with design elements clearly carried over into the 21st-century version.

A range of engines were used in the original A110 in its 16-year production run, ranging from 1.0 to 1.6 litres in displacement, with power of up to 103kW.

While the A110 SportsX may not make it into production, it still gives fans a look into some of ways Alpine can expand its current (and small) product portfolio.

Whatever the road ahead looks like for the Alpine brand, we just hope it contains plenty of corners.