It’s no secret that Australia loves performance cars. Many brands claim that the appetite for their sporty offerings are among the highest in the world, and it only takes five minutes sitting by a busy street in a wealthy suburb to see the proof.

While the incredible power, noise and handling of high-performance models is unquestionably intoxicating, some are put off by the harshness some models can bring, often with a stiff and unforgiving suspension set-up and twitchy, highly strung engines.

Enter Alpina. For those unaware, the German brand takes BMW cars and tunes them to a similar level of performance as M cars, however with an emphasis on making them more comfortable and suitable for day-to-day driving. 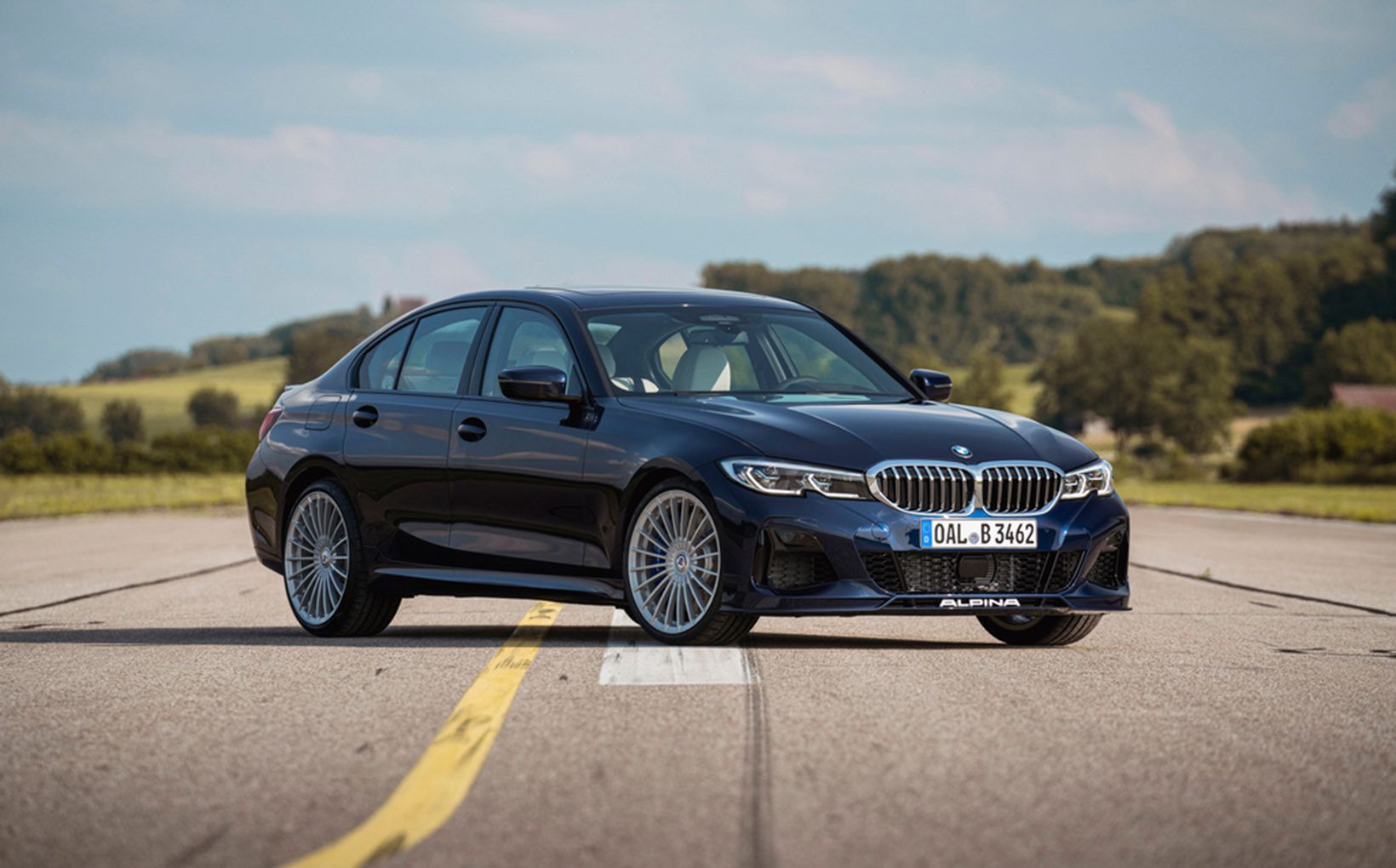 The B3 Biturbo sedan is Alpina’s more comfortable alternative to the stiff and severe BMW M3.

The latest model to be released by the German tuner is the B3 Biturbo sedan – Alpina’s take on the new-generation G20 3 Series, which is set to arrive in Australia to join the Touring wagon variant late next year.

Underpinning the new-generation B3 Biturbo is the brand-spanking-new S58 twin-turbo 3.0-litre inline six-cylinder petrol engine, which is set to arrive in Australia under the bonnet of the Alpina before it is seen in the next-gen M3. Talk about a coup!

When it comes to engine tuning, Alpina usually dials back peak power compared to its BMW M equivalent in exchange for a meatier dollop of torque, and the B3’s output should give you some idea of what the next M3 will be able to produce. 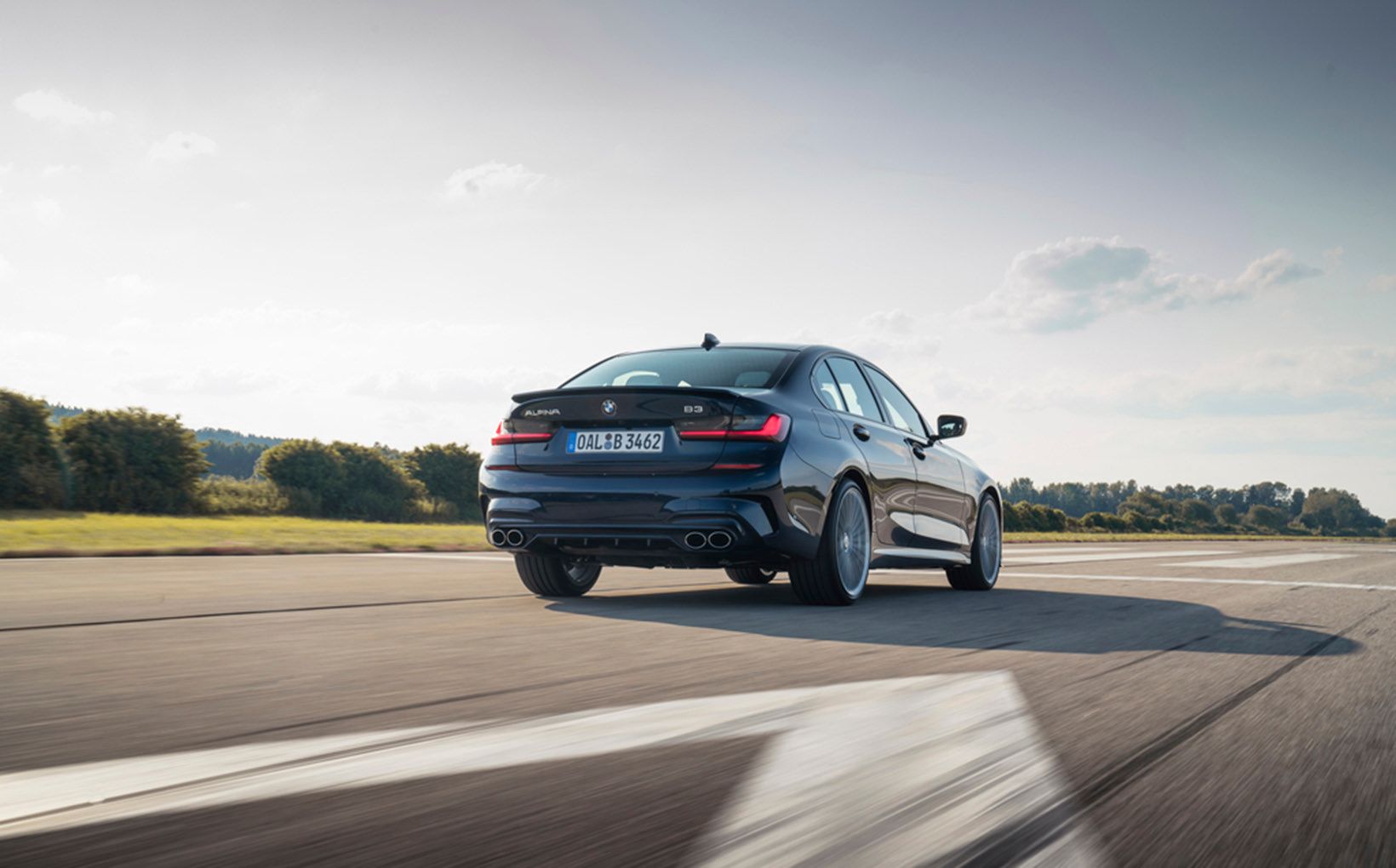 The B3 is underpinned by BMW’s S58 twin-turbo six-cylinder engine, capable of producing 340kW/700Nm.

Alpina’s spanner turners have extracted peak power of 340kW from 5000-7000rpm, and a meaty 700Nm of torque from 3000-4750rpm, mated to an eight-speed ZF automatic transmission which channels power to the road through its the brand’s own version of BMW’s rear-biased xDrive all-paw set-up.

The Alpina’s outputs are 35kW less and 100Nm more than the X3 M Competition medium SUV, the first BMW model to be fitted with the S58 engine. Torquey, indeed.

All that punch allows the B3 to sprint from standstill to 100km/h in 3.8 seconds, and 200km/h in 13.4s. We might also mention here that dizzying top speeds are another Alpina hallmark. How does a 303km/h sprint down the Autobahn sound? 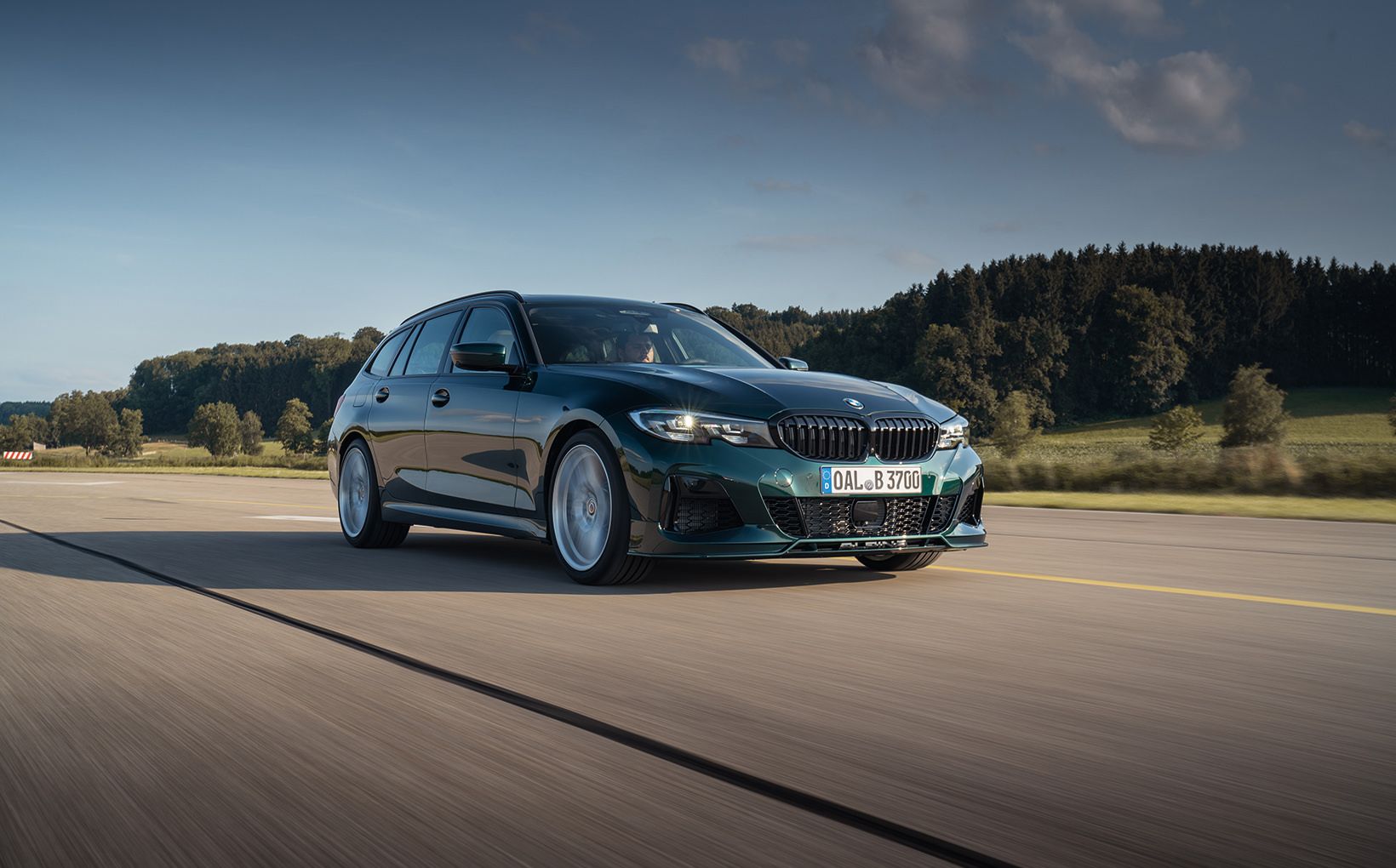 The sedan version is slightly faster than its Touring wagon counterpart, which will arrive in Australia before the four-door saloon.

A 3.8s 0-100km/h time means the B3 is 0.1s quicker than the high-performance M3 CS, a special M3 edition offered towards the end of the F80 generation’s lifecycle. Talk about a sleeper!

Fuel consumption on the WLTP combined cycle comes in at 11.1 litres per 100km, giving the sedan the same thirst as its Touring sibling. 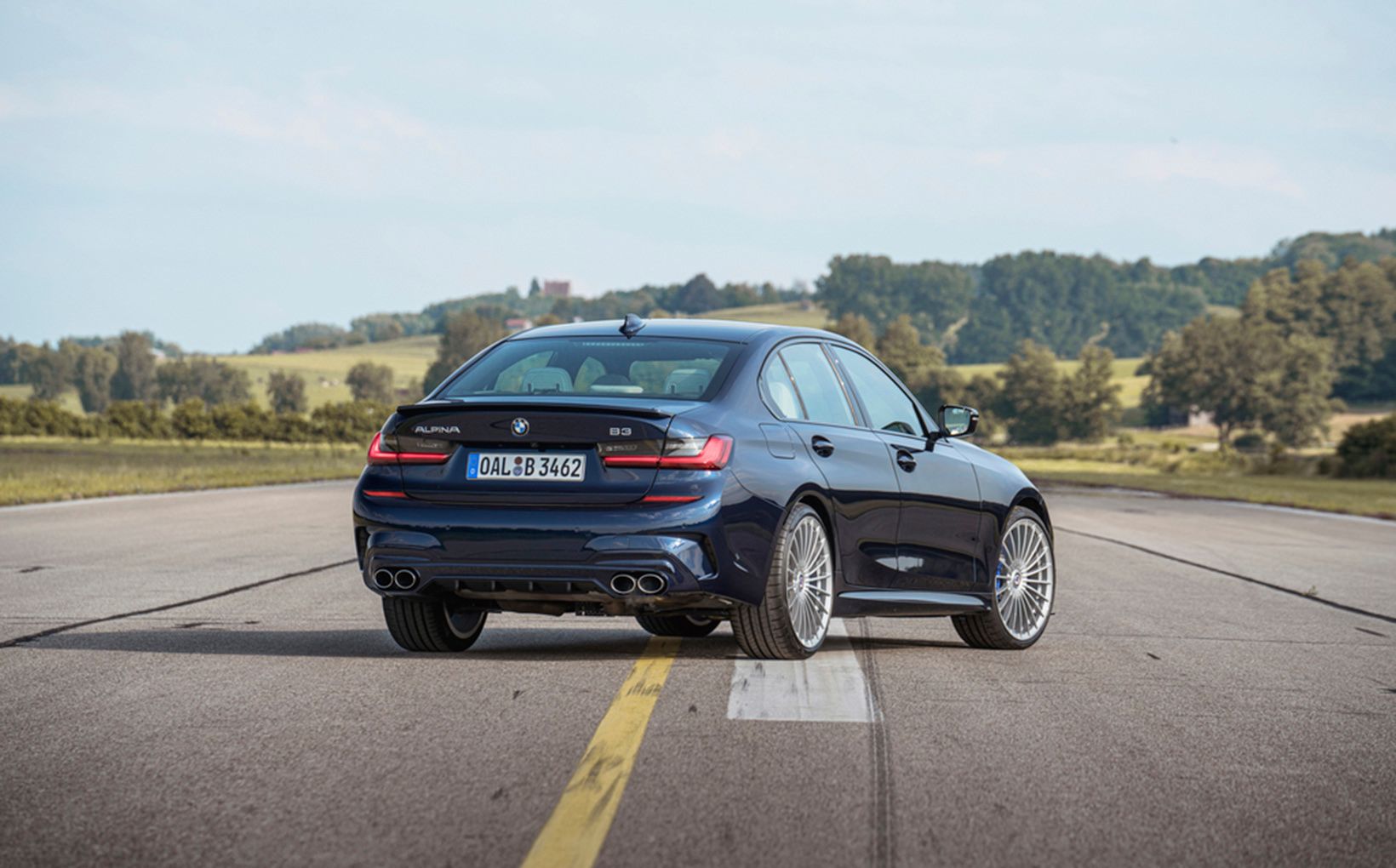 Fans will be able to distinguish the B3 from a 3 Series thanks to its signature design elements including its 20-inch alloys.

While Alpinas come with a number of engineering changes over their BMW cousins, fans should also be able to identify the brand’s offerings by their distinct styling cues, which can be found across the range.

This starts with the snowplough-style front splitter, unmistakeably emblazoned with ‘Alpina’ lettering, while at the back, quad-exit stainless steel exhaust pipes, a lip spoiler and Alpina badging give away the B3’s identity.

Unique blue and green paint hues further differentiate the B3, but arguably the biggest giveaway are the signature 20-spoke, 20-inch alloy wheels shod in specially developed Pirelli P-Zero rubber. For those who feel 20-inch hoops are overkill, a 19-inch design is also available. 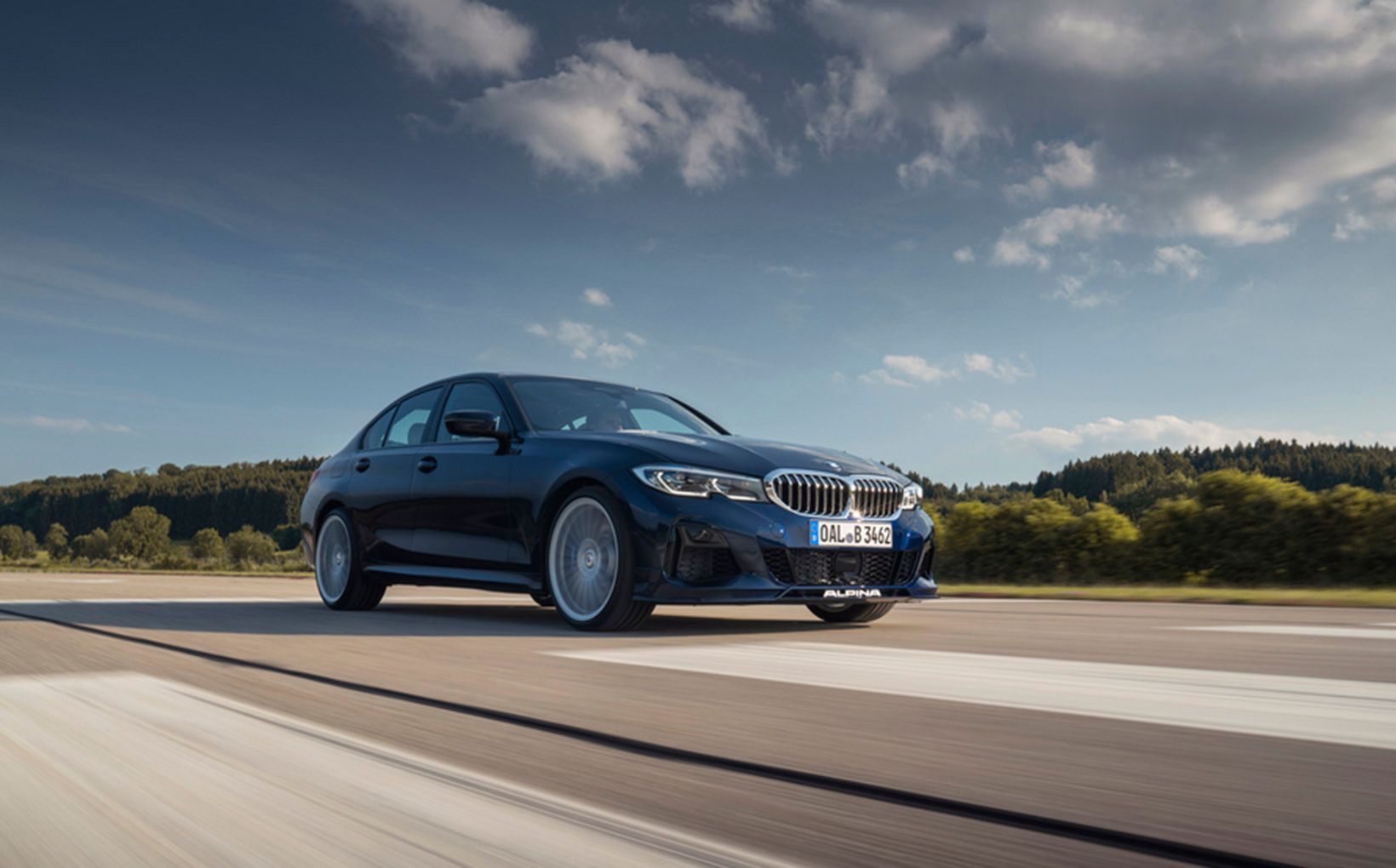 Brisk open-road driving is a breeze in the B3 sedan, with a top speed of 303km/h.

Inside, a number of unique touches are also applied, with the inclusion of a hand-stitched leather steering wheel, metal Alpine emblems on the floor mats and back rests, branded door sills, a plaque with the vehicle build number and an Alpina design for the digital instrument cluster.

A number of leather upholstery and wood trim options will also be made available when it arrives, with pricing yet to be nailed down by Alpina Automobiles Australia. 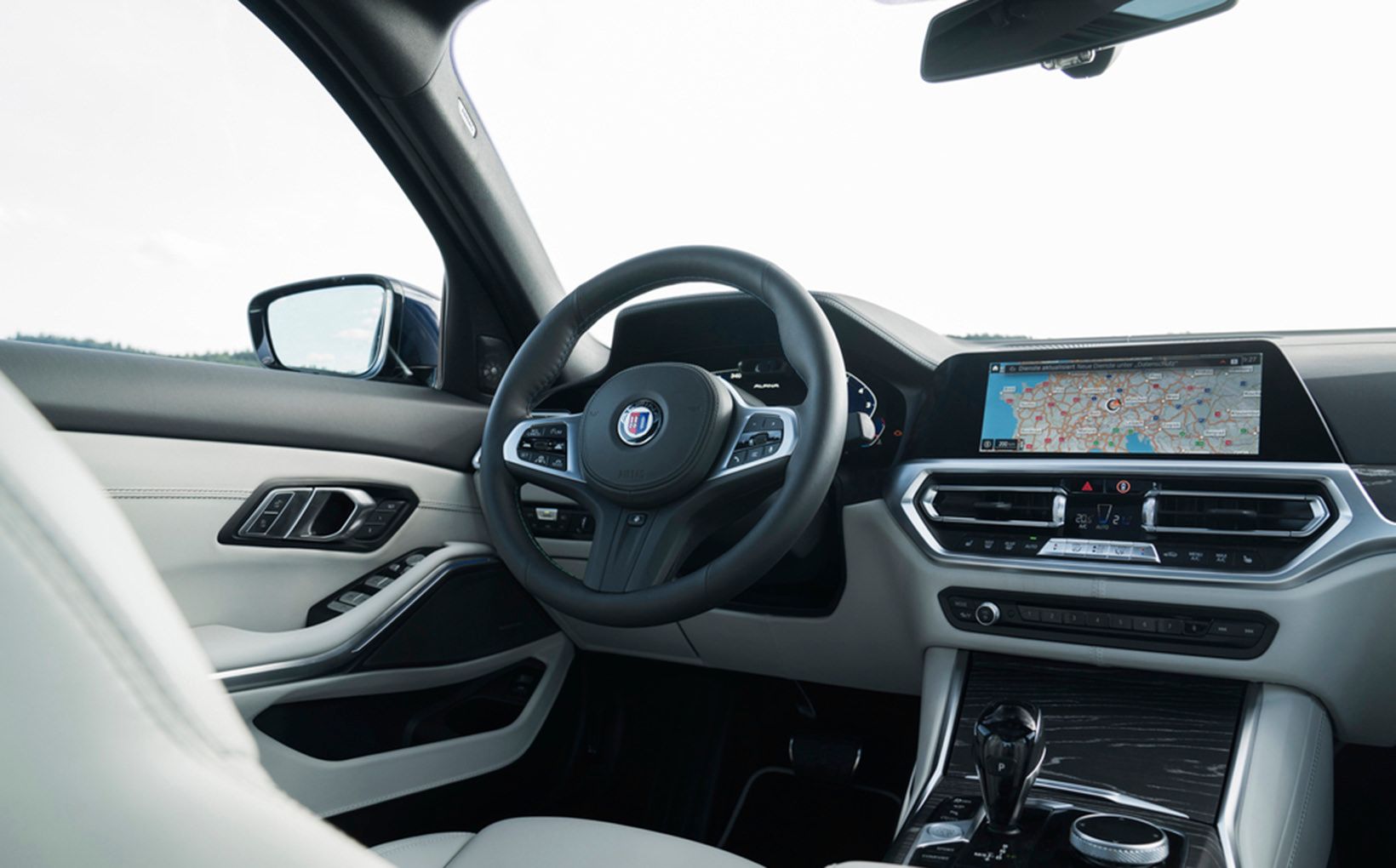 Inside, the Alpina adds a number of subtle changes over the 3 Series including its own build plaque and unique upholstery options.

The B3 originally launched in Australia in late 2016 when the brand launched locally, originally offering the B3 sedan and Touring, and 4 Series-based B4 Coupe and Convertible.

Its local range has since expanded to include the 7 Series-based B7, the B5 sedan and Touring based on the 5 Series, and the diesel-powered XD3, its first SUV based off the X3.

The brand has confirmed it will be bringing more offerings to market in the coming years, including the latest B4 generation, a petrol-powered model based on the plush X7 upper-large SUV, and maybe even a fettled version of the new four-door 8 Series Gran Coupe. 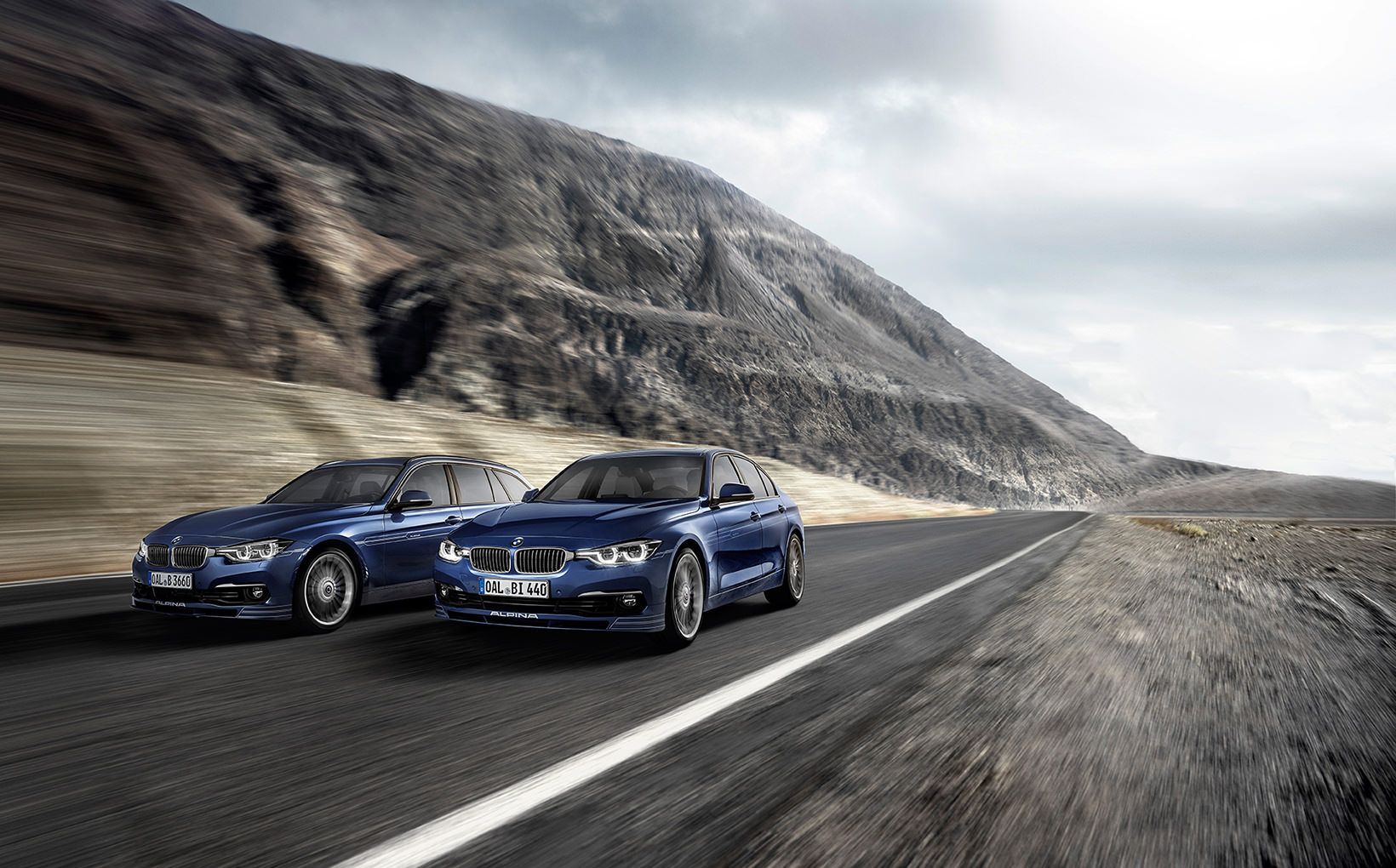 Alpina kicked off its Australian launch in 2016 with the B3 and B4, meaning the B3 is the first model to score a second-generation version here.

The road ahead looks exciting for fans of Alpina, and if the brand’s ethos is anything to go by, the journey should be both fast and comfortable.