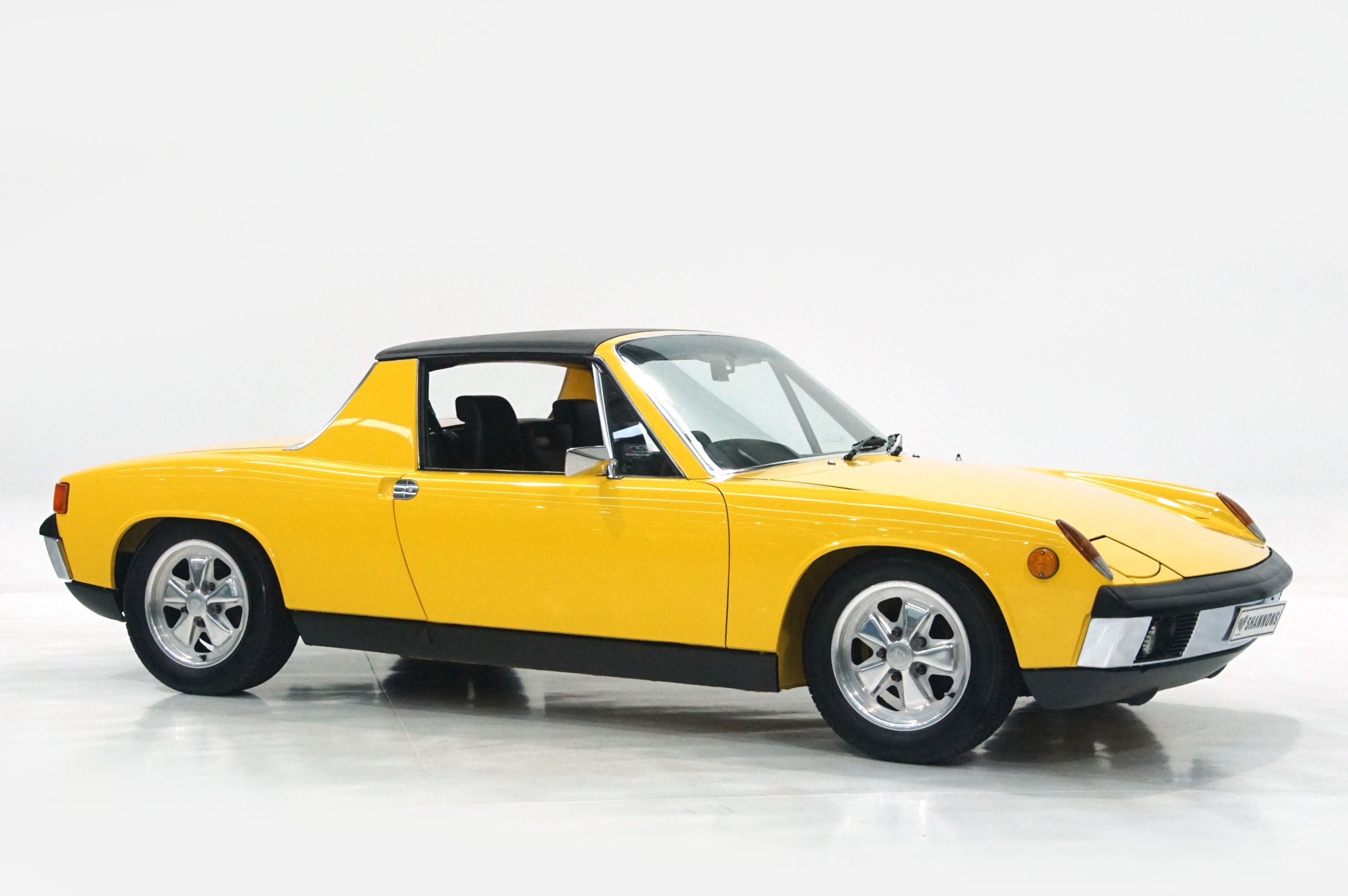 This uber-rare in Australia and internationally collectible 1970 Porsche 914-6 fitted with a 2.4-litre six-cylinder 911 engine is expected to sell in the $70,000 - $80,000 range at Shannons Melbourne Spring Auction on September 23

The rarest of the trio is a 914-6 ‘Targa’ Coupe – a model never officially sold in Australia, but now sought-after internationally.

Originally announced in 1969 as an affordable sibling to the 911, the four-cylinder 914 was a sales hit, particularly in the United States.

But while it handled brilliantly, its 1.7-litre (and later 2.0) Volkswagen-sourced four-cylinder engines delivered relatively leisurely performance and Porsche responded in 1970 by dropping in the 2.0 litre flat-six from the 911T to create the 914-6.

This genuine 914-6 being auctioned was imported in 1999 and sent for a full restoration by marque expert Peter Chermside in Orange (NSW), where it was converted to right hand drive and fitted with a 2.2 litre flat-six engine from a 911T rebuilt to 2.4-litre spec.

Originally Metallic Blue, the 914-6 is now finished in bright chrome yellow with a black lift-off Targa roof section and matching black basket-weave upholstery. Lightly used since its restoration almost 20 years ago, the example being auctioned is a fine example of the model and in very good condition throughout.

As one of just a handful of these factory-built 914-6 models in Australia, the car being auctioned is one of just 3,360 built. Verifying its authenticity, it comes with a Porsche Certificate of Authority, with Shannons expecting it to sell in the $70,000 - $80,000 range because of its rarity and collectability. 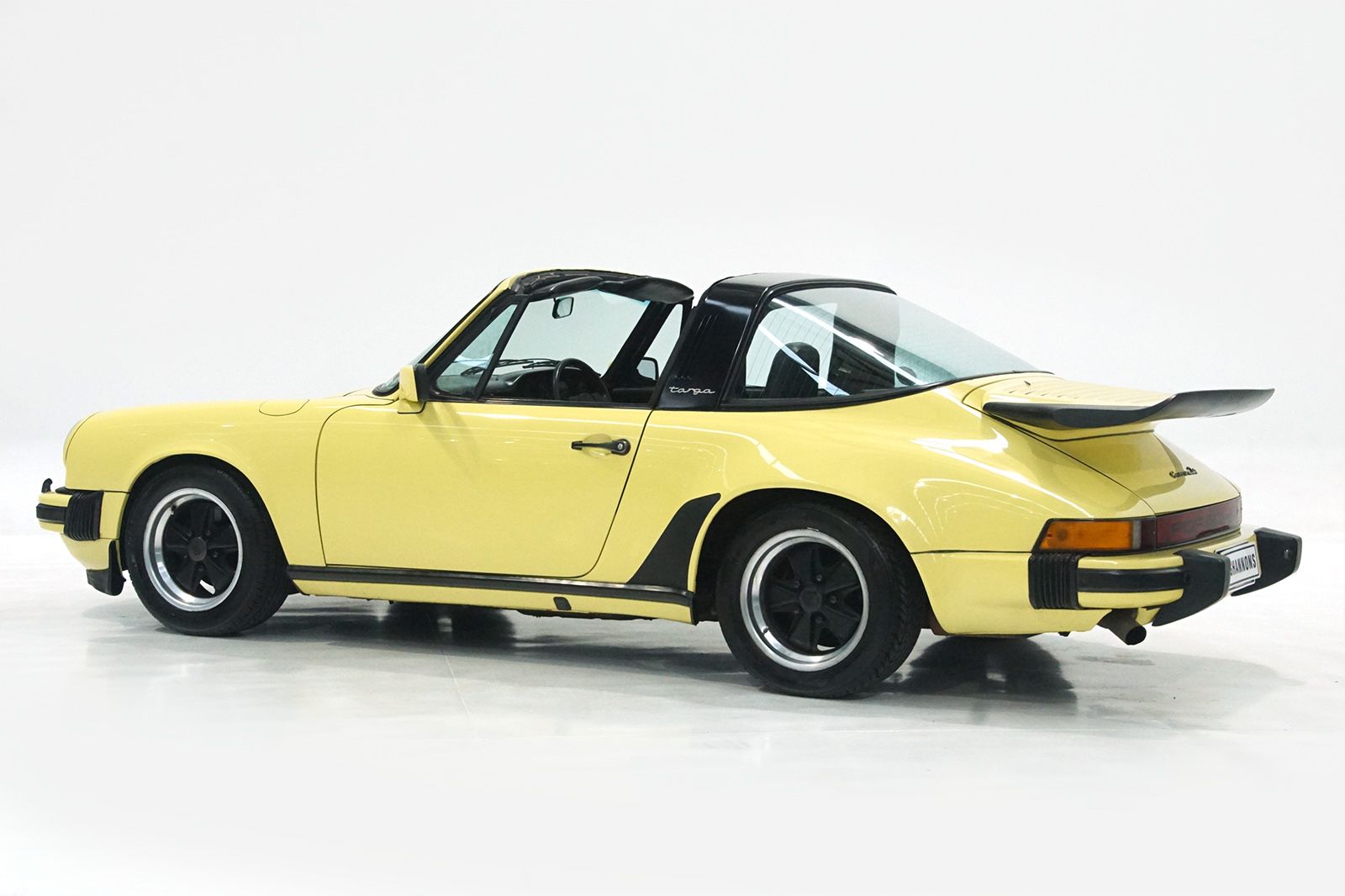 Also rare, with just 3,691 made in two model years, 1976 and 1977, the 911 Carrera 3.0 was then then most powerful naturally-aspirated Porsches you could buy, with its Bosch K-Jetronic fuel-injected 3.0 litre flat-six developing 200HP and mated as standard to a five-speed manual gearbox, or optional Sportomatic semi-automatic.

While the coupes initially were more popular, the much rarer Targa models ­– one of only 479 built in 1976 – are now sought after and collectible in their own right, with prices strengthening as a result. 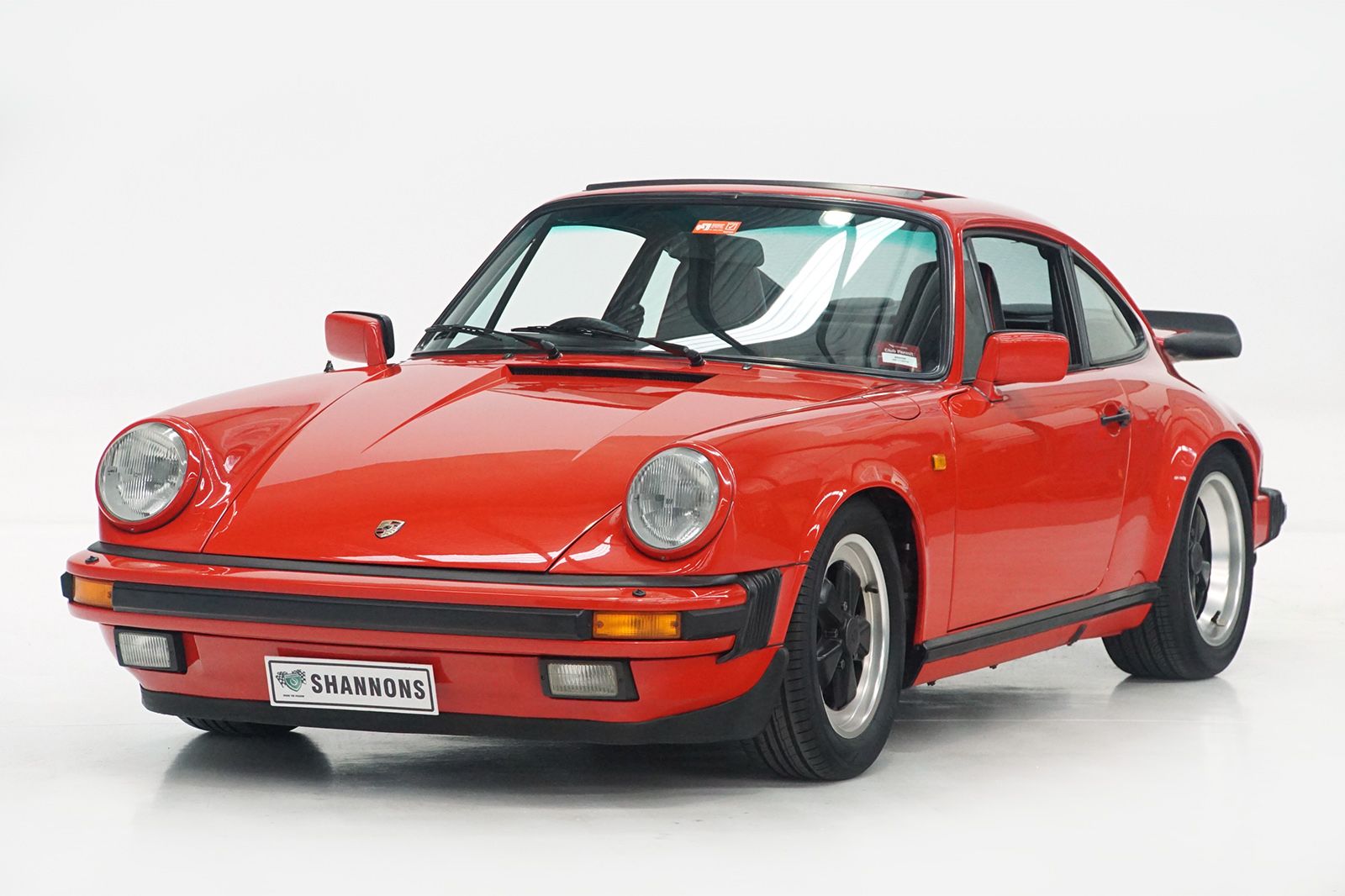 Originally dealer-delivered in Queensland, this 1988 example with the sought-after G50 five-speed manual gearbox fitted to only the very last of the series, is believed to have had just four custodians and remains in outstanding condition throughout.

It is finished in iconic Guards Red with a contrasting black leather interior, with both presenting in excellent condition. Adding to its appeal, it sits on factory Fuchs alloys and is fitted with a whale-tail, while its original space-saver spare wheel, jack and tool roll, remain untouched in the front boot.

Options fitted to this car include electric seats, air-conditioning, an electric sunroof, a short-shift gearchange and the wider (8.0-inch) Fuchs rear wheels.