IT CAN be hard these days, especially in the automotive world, to truly surprise audiences thanks to leaks, teasers and concepts that foreshadow the final result.

The latest example of the most “no duh” production model is the 911 Speedster, which has been shown no less than two times before in ‘concept’ form.

As the farewell variant to the outgoing 991-series Porsche sportscar, the Speedster will serve as a capstone to seven years of the seventh-generation 911 and see it off in style. 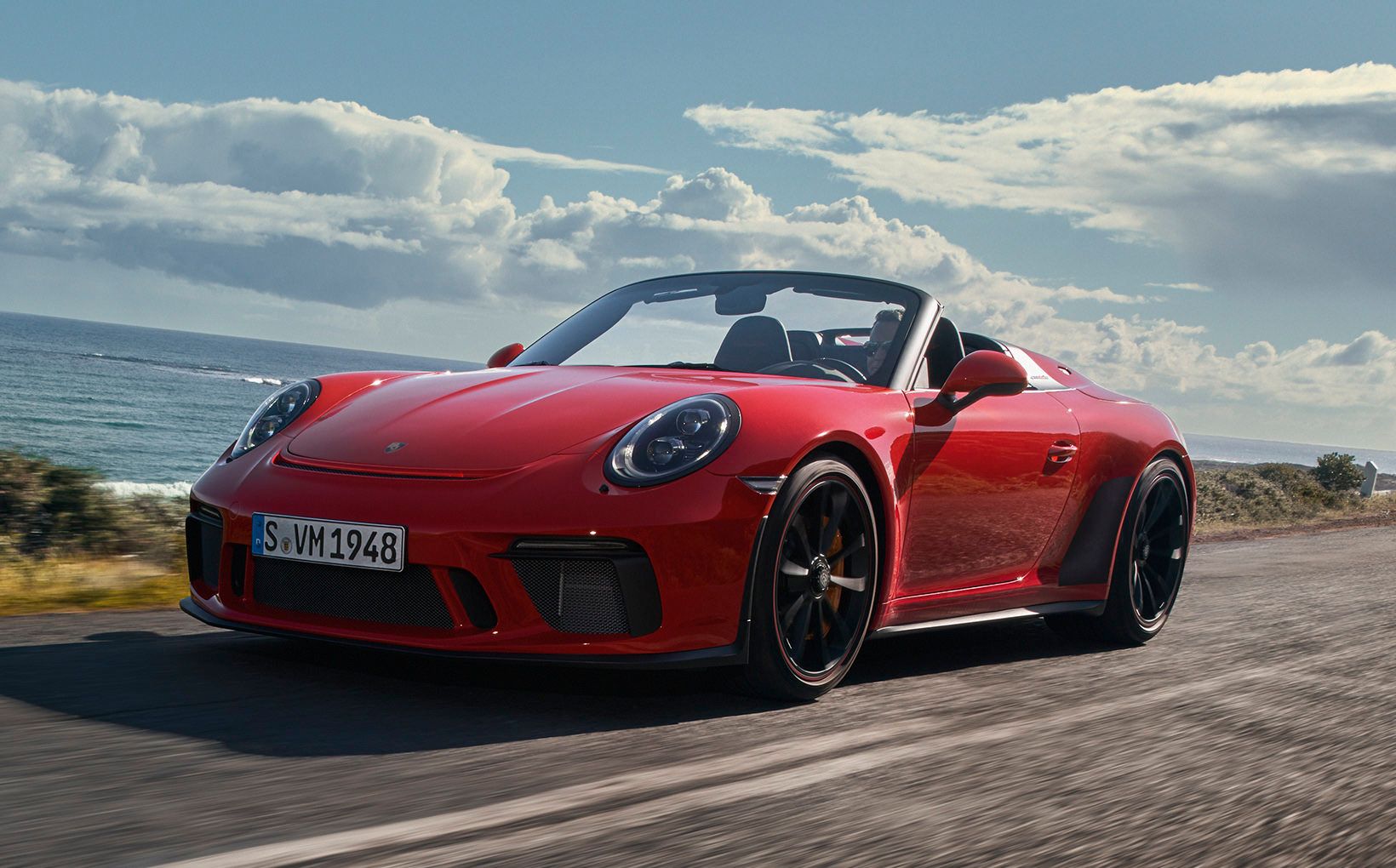 Finally revealed in road-ready form at the New York motor show, the Porsche 911 Speedster will be the stylish swansong to the 991-series sportscar.

With the usual 911 proportions, the Speedster differentiates itself from the standard range thanks to a low-cut windscreen and side-view mirrors, as well as its unique carbon-fibre decklid.

Also take note that the front and rear bumpers are made from polyurethane to save weight, which is a characteristic that is carried over to the rest of the Speedster. 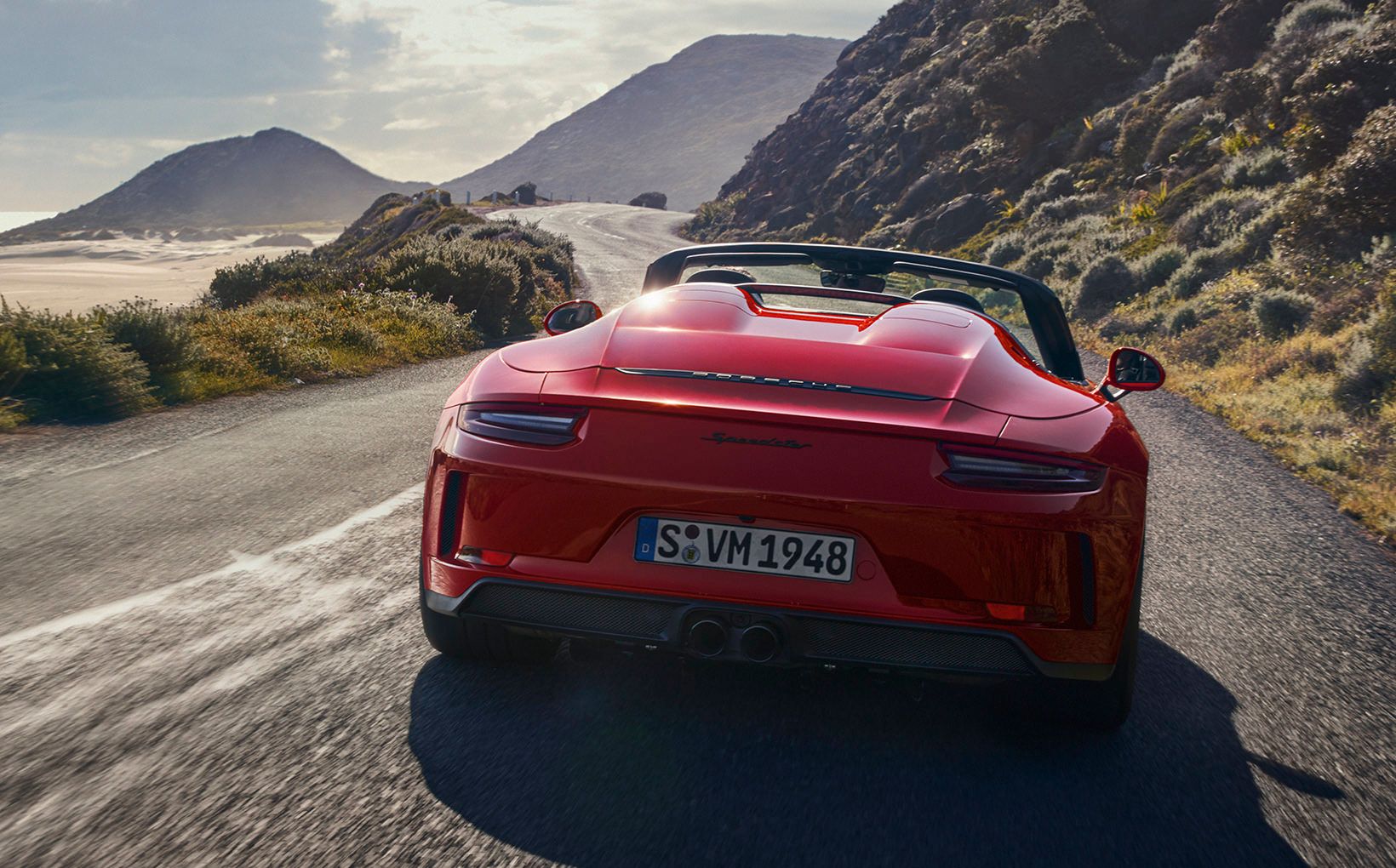 Saving weight is the name of the game in the Porsche 911 Speedster, with its fenders, decklid and front trunk all made from lightweight carbon-fibre.

Tipping the scales at less that 1500kg, the two-seat 911 Speedster is lighter than the likes of the Ford Mustang and the Nissan 370Z, but with a more potent engine to boot (more on that in a bit).

Keeping weight down means the Speedster features basic storage nets and fabric door pulls, while the front luggage lid and fenders are made from lightweight carbon-fibre.

In fact, so meticulous was Porsche’s weight-saving ambitions that even the brakes are made from a ceramic composite as standard, weighing just half of the regular 911’s usual cast-iron rotors. 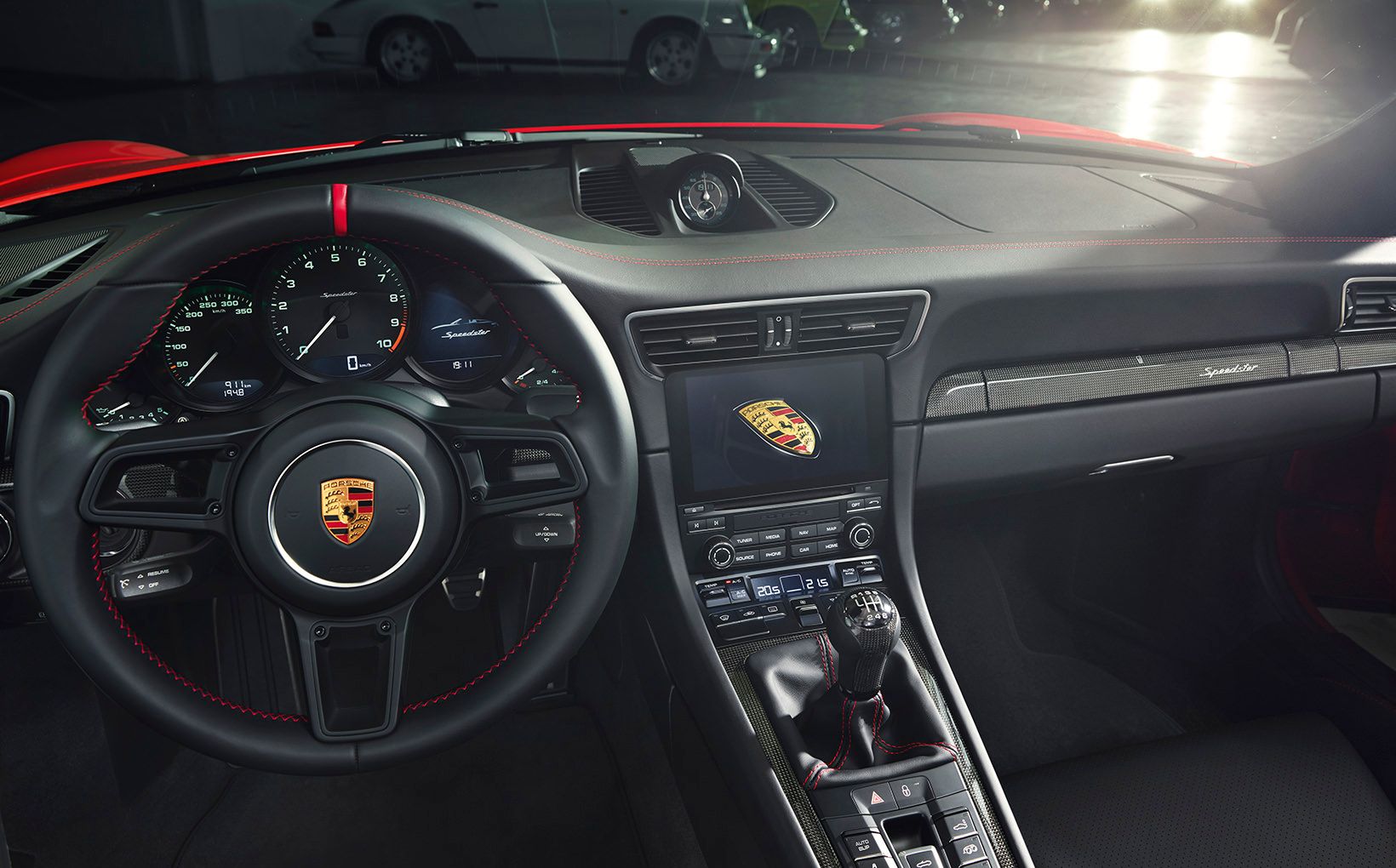 Inside, the 911 Speedster also sports a stripped-down cabin in Porsche’s effort to save weight, which extends to fabric door pulls and basic storage nets

With motivation coming from a uniquely tuned 4.0-litre naturally aspirated flat-six engine, the same format used in the venerable GT3 and GT3 RS track toy, the Speedster will accelerate from zero to 100km/h in just 3.8 seconds.

Total outputs from the engine reach 374kW of power and 470Nm of torque, which are sent exclusively to the rear wheels via a six-speed manual gearbox (instead of the usual seven ratios).

So pretty potent overall then, but don’t expect to see the 911 Speedster at any local tracks with production limited to just 1948 units (in homage to the first year Porsche scored its operating license for its first vehicle, the 356 ‘Number 1’). 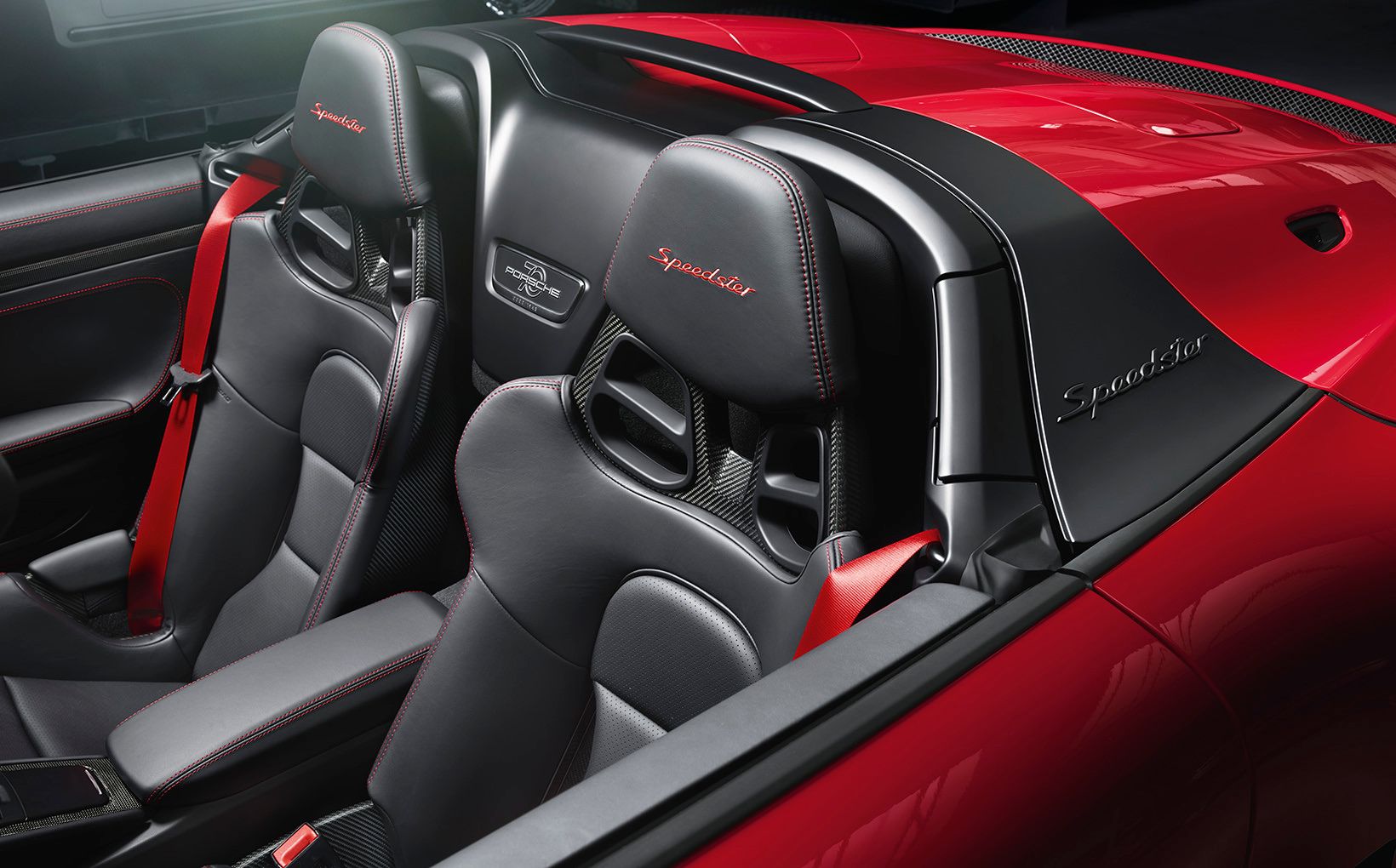 Though pricing and availability is yet to be revealed, it is expected at least a few examples of the 1948-unit production run of the Porsche 911 Speedster will make it Down Under.

Naturally, with a low-production count, expect a high pricetag, which sits somewhere around the $400,000 mark given the similar running gear to the GT3 that retails from $326,400.

Inside is all luxury too, kitted out with black leather upholstery, ‘Speedster’-branded headrests and GT sport steering wheel with a red 12 o’clock marker.

Oh and don’t forget more carbon-fibre bits inside the cabin, including the gear shifter and door sills, the latter of which also features more ‘Speedster’ branding in case you forget which Porsche 911 you are in. 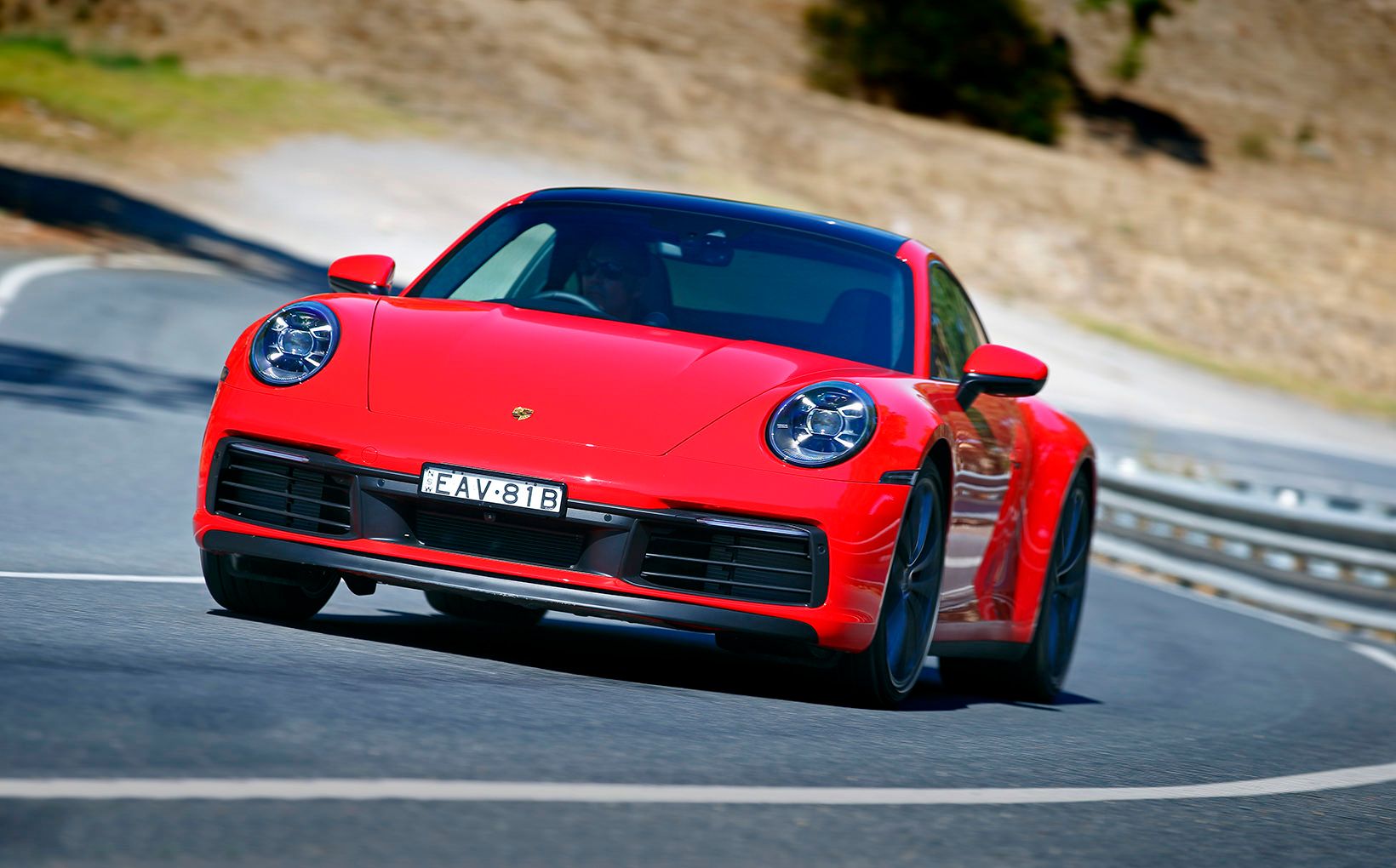 Available in just two flavours and two bodystyles for now, the 992-series 911 will output 331kW/550Nm from its 3.0-litre flat six to either the rear- or all four wheels.

It will be interesting that Porsche will offer its 991-series-based 911 Speedster alongside the new-generation and recently-launched 992-series model however.

Though looks-wise there maybe little differentiating the two, under the metal, the new 911 sports a comprehensively revised chassis and electronics, as well as lighter weight.

However, only the base Carrera S and 4S are currently available in coupe or convertible forms, which top out 331kW/550Nm, so performance will also be a large differentiating factor between the two.