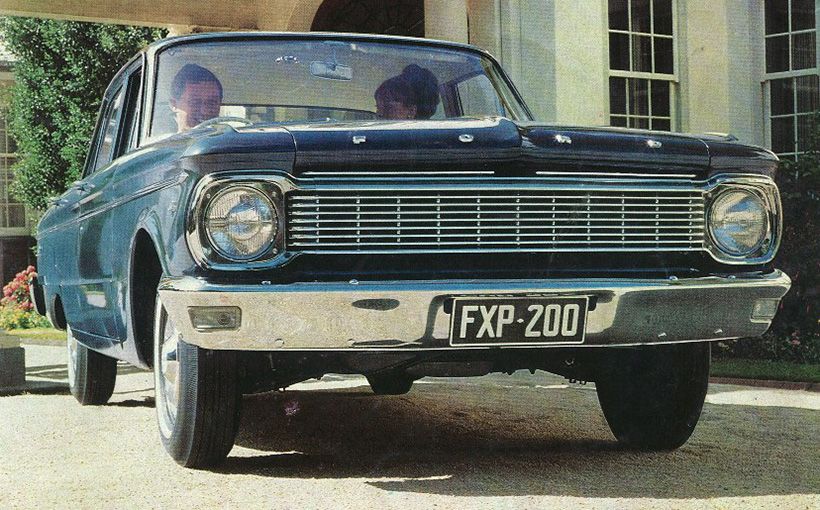 The XP Falcon presented a bold new face in 1965 but everything visible in this photo except the grille harked back to 1960. Ford was relying on a class-leading colour range, better trim and a new message of toughness to hold the line. The skinny square-walled cross plies were an indicator of the real issues facing the local industry.

The March 1965 launch of the XP Falcon was more than just another facelift, it was Ford’s last chance as a serious local manufacturer. During an era when serious drivers referred to both cars as the Foul Can and the Hold On, the XP delivered less Foul Can as the HD offered more Hold On.

The XP Falcon’s acceptance owed as much to its HD Holden rival choking yet it was still no contest as almost 71,000 XP Falcon sales paled against the 179,000 HD examples sold over a much shorter model life. Holden could still squeeze the Falcon out on price at any time it chose with more than twice the economies of scale. At best, the XP could only give Ford the toehold it needed for what was coming.