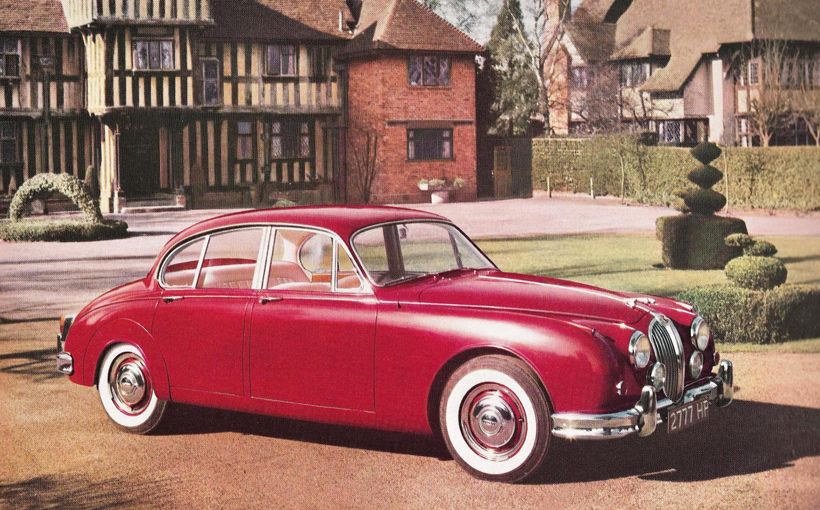 Striking early brochure shot highlighted Jaguar at the top of its game fresh from a string of Le Mans wins and record Mk 1 sales. The juxtaposition of extra chrome, whitewall tyres and more glass against this olde worlde background highlighted the very fine line between the traditional and new that Jaguar had to walk in 1959, when the important US market was at its wildest and wackiest.

When the Jaguar Mk 2 was launched in October 1959, its new badge really meant something compared to today’s devalued applications of the Mk 2 badge. The Mk 2 was more a new model as it represented an advance in every area over the retrospectively-named Mk I it replaced. On its 1960 Australian arrival, the Mark 2’s value for money was exceptional especially the 3.8 manual, judged to be the world’s fastest sedan at the time.

With the passage of time, it has emerged that no four door saloon so accessible in price has been able to match the Mk 2’s combination of compact size, muscle-car performance, exceptional brakes and handling, wood and leather cabin appointments and almost perfect looks.