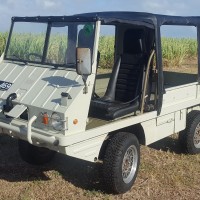 I purchased this truck in 1977 as an ex SEC (State Electricity Commission) delivery van, 2 wheel drive. Of all the vehicles I have owned, I owned this one for the longest - for 22 years.

During my ownership it competed in a number of motorkhanas which included a class win (against a XC Falcon Wagon and a Valiant!!!) at Benalla.

The picture depicts me competing at a Ford Four Car Club motorkhana at the Stamford Hotel carpark in Rowville.

It also towed a few racecars to Sandown.

Early in my ownership of this truck, I converted it to four-wheel drive, a relatively easy job if you have the right parts - all standard International parts taken from another International which had rolled off Mount Hotham. Later I added a custom bullbar and winch, sealed off the back doors and fitted it out as a "motorhome" 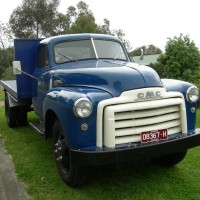