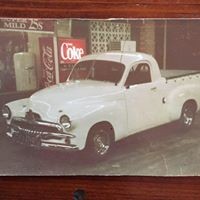 The vehicle is a 1955 FJ Holden Utility painted in Harcourt Green. This is a survivor car - it has not been restored. It has the original duco resplendent with the years of imperfections and appears in a condition that would be expected of the time. It is in its original state save for maintenance repairs and a couple of period accessories such as the horn, sun visor, wind deflector, twin carburettors and header exhaust pipes. The speedo reads 69,000 miles and these are genuine miles. A full and meticulous documented history of service and repairs sits with the vehicle inclusive of details of an oil change and grease every 1200 miles. Even matters such as when the battery was charged has been recorded. The last major repair was carried out at 48,000 miles (20,000 miles ago) that being new piston rings, bearings and gudgeon pins. That was done in 1969.
The ute is a Brisbane built car that was delivered on 28/6/55 to a Pastoral Company in Darling Downs Queensland (near Toowoomba). It stayed with the original owners on that property for most of its life with much of the time stored in a shed. It remained registered yearly and was driven only occasionally. Every registration certificate has been retained and is still in the same envelope that they were posted in.
In 2005 the second owner purchased the ute for $14,000. At this time it was converted to 12 volt and further rested in a garage still in Toowoomba and was driven only on special occasions.
In 2015 the third owner brought it. He had pestered the previous owner for some time to make the sale and the persistence was realised with the parting of $30,000. Still in Toowoomba and still with a garage he continued to care for the car. Over the next couple of years he had the seat reupholstered, a new tonneau cover and, the period accessories fitted.
In May 2018 the current owner purchased the car. It was trucked down from Toowoomba to its new home in North Central Victoria. The car remains the pride of place in the garage of the owner who intends for it to be transferred though his family for generations to come. 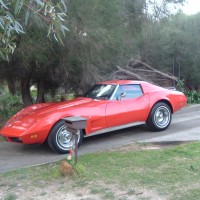 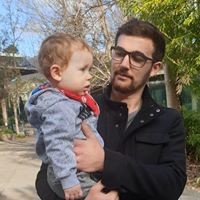 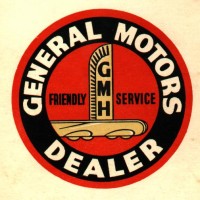