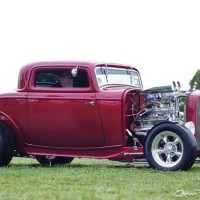 Car originally built in Victoria, was bought over for Perth hot rod show where a guy paid enuff to get it off the builder, I saw it at the Freemantle Fathers Day show where we were showing our 1 owner EH sedan and did a deal with the guy.
I have changed a lot of bits on the car to make it mine , not someone elses old car, done a lot of engine upgrades and further detailing. The car won top coupe at the first Perth hot rod show we entered a year after we bought it and backed up the next year with second coupe, last year we got third so now we have a complete set of state title trophies. We have shown the car at Melbourne hot rod show and all over WA with a lot of success. We use the car most weekends and also at the Perth motorplex as a tow car for some mates drag cars where it gets a lot of looks. The best part is it makes us happy when we are out in it and gives me and the wife a common interest. 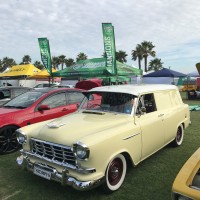 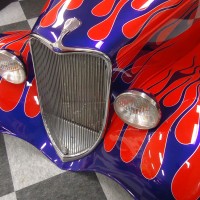