Bought off a man in Caboolture Qld, "Toyotasaurus" - as it was named - started off as a rusty bodied Hard top Troopcarrier, coupled with camouflage paint work, cow print seat covers, leopard print steering wheel cover, army camouflage print fabric lining the roof and doors and a roof basket exoskeleton including bullbar and scrub bars. I steadily stripped Toyotasaurus back to bare steel and fixed all of the rust over 2 months, working Monday to Friday 8am to 5pm everyday until all the rust was repaired, which includes a new drivers floor pan, rear quarters, and door sills.

I drew my inspiration from 3 photos I found on the internet of one built very similar in the states, and could never find any build info about it - only an idea. As Toyota 'purists' complaint and nearly rolled in their grave, I continued to cut and shut Toyoatasaurus to exactly how I wanted, instead of giving it a traditional ground up rebuild (that's for my other troop carrier)

I was getting ready for paint when a friend of mine told me about a 4WD event at Landcruiser park, where they were starting the Classic Landcruiser Club of Queensland - merely 3 months away. I prepped and sprayed the Raptor Liner on, cured for 5 days, then went to work piecing the giant Toyota jigsaw back together. with 2 weeks to spare, and finally getting the wiring loom completed, I took it for its first run straight to the mechanic... coughing and spluttering along the highway as it barely went over 70km/h. With new front brakes, and a service - and 1 wekk to spare - Toyotasaurus was ready for the big trip.

After the thermo fan blew a fuse prior to entering Kilcoy and boiling some water from the overflow, a new fuse and a quick check it was back on the road.

I entered Toyotasaurus in the 'Best Beard & Truck' division of the competition confidently, and truth be told I won, although I believe I was the only entrant. Roothy was on stage and announce I had one, with the words: 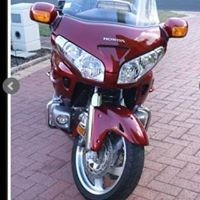 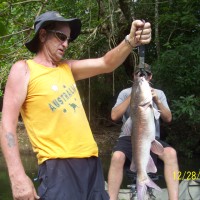